Hawaii's Legislature Must Find A Way To Get Back To Work

Hawaii's Legislature Must Find A Way To Get Back To Work

Other governments and agencies are meeting using technology. Our lawmakers should too. There is just too much pressing business that demands attention. 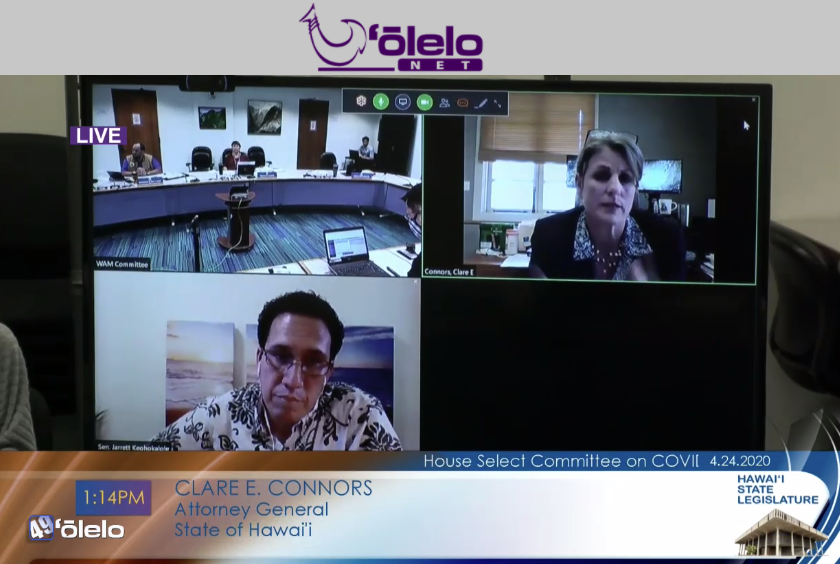 In many ways, the state House and Senate special committees formed in response to COVID-19 operate like the Legislature itself.

For the most part, the committee meetings, broadcast on Olelo Community Media — just like regular hearings and certain floor sessions — have been useful.

But this is not the Hawaii Legislature in action. There is no participation from the public, no testimony to submit. There will be no bills or resolutions passed by the committees, no capital improvement projects funded, no taxes raised or fees cut or programs created or nominations confirmed or budgets approved.

The Legislature has been in recess since March 17 and has not indicated when it might get back to the people’s business.

Here’s a suggestion: Resume the interrupted 2020 session now and move expeditiously to pass essential legislation. Whatever can’t be done in the near term could be taken up in a later special session or the 2021 session if needed.

A screen shot from the Senate special committee on COVID-19 on April 24. The chyron mistakenly says it is a House committee.

Hawaii is suffering what may well turn out to be its greatest economic disaster ever. We need all hands on deck.

Other branches of government and important agencies are finding ways to conduct business despite social distancing limits.

For instance, the Hawaii Supreme Court will hold a video conference on Tuesday to hear Carmichael, et al. vs. Board of Land and Natural Resources, et al. It’s a major case that involves Alexander & Baldwin and East Maui water resources.

The video conferencing, a first for the five justices, can be viewed live on the Judiciary’s YouTube channel.

The executive branch continues to refine how it conducts Gov. David Ige’s press conferences on the COVID-19 response. Last week it invited local media for a rehearsal on Zoom, the cloud video conferencing platform that has been widely adopted (as long as security protocols are followed to keep hackers at bay).

A screen shot from the House special committee on COVID-19 on April 27. While helpful, the broadcasts are of uneven quality. Pictured is House Majority Leader Della Au Belatti.

The Hawaii Board of Education is using another videoconference application, WebEx, for its meetings. The virtual gatherings allow for submission of written testimony on any agenda item.

At the county level, government is also finding a way to govern.

The Honolulu Board of Water Supply allowed the public to weigh in on what to do with the Haiku Stairs in Kaneohe, a popular but contested hiking trail also known as the Stairway to Heaven. A final environmental impact statement was released in February — before the pandemic came to town — and a videoconferencing station was set up in the lobby of the BWS building earlier this week for testimony.

“Those seeking to testify can sign in and wait to be taken into the station, one person at a time,” the Honolulu Star-Advertiser reported.

Late Monday, the BWS voted to transfer the stairs to the city, settling a deliberation that had lasted for years.

A screen shot from the Senate special committee on COVID-19 on April 24. Lawmakers have been able to hear valuable updates from experts such as State Epidemiologist Sarah Park.

At the federal level, the U.S. Senate is planning to return to work in Washington, D.C., next week to take up additional measures to deal with the coronavirus.

The House will wait to call members back when the next round of coronavirus relief legislation is ready for a vote, but they have “gathered en masse in the Capitol twice,” The Hill reported Tuesday. Social distancing restrictions have been in place.

There has even been talk about voting remotely, although Senate Republican leaders have nixed the idea, favoring other ways to vote such as implementing social distancing and longer votes. But House Democrats are embracing the idea of voting by proxy.

Even the stodgy U.S. Supreme Court will hear arguments next month by phone “for the first time in the court’s history,” CNN reports.

And the 700-year-old British Parliament is getting with the virtual times as well. It will use a hybrid combination of Zoom, staggered voting and 6-feet markings on the chamber floor to allow some business to be done remotely.

Come back soon: a screen shot from the Hawaii Legislature’s website on April 27.

The National Conference of State Legislatures reported that, as of Friday, at least 22 states have introduced or adopted bills or resolutions “that relate to legislative operations, including changes in bill deadlines, recess periods or other changes” in response to the pandemic. The NCSL says many state constitutions require legislatures to meet in person.

But the Hawaii Constitution does not specify that the Hawaii Legislature must meet in person. When it comes to sessions, it simply says, “All sessions shall be held in the capital of the State. In case the capital shall be unsafe, the governor may direct that any session be held at some other place.”

If the Legislature decides to move forward on convening, it will have to work out a lot of technical problems. The special committees on COVID-19 have had their share of poor camera framing and audio difficulties. Most meetings are broadcast on the Olelo public TV cable channels.

Legislative leaders should be seeking IT help from the University of Hawaii System’s Information Technology Services. Anyone who has participated in remote classroom teaching or been part of a videoconference knows that what UH Manoa and the sister campuses have widely available is superior to what Olelo is currently offering.

Many at the House and Senate have long wanted to improve public access at the Capitol. House Bill 1153 would establish a remote legislative access program to allow for testifying remotely.

The bill recognizes the particular challenge for an island state where it is difficult and costly to fly to Honolulu to speak to legislators in person. Among many provisions, it would require the Legislature to get advice and recommendations on remote communications from the state Office of Enterprise Technology Services.

HB 1153 stalled this session in part because of concerns over how disabled residents would be served by the bill. For instance, there are questions about whether real-time closed captioning for the deaf and hard of hearing would be provided.

Most people run for public office because they want to serve the people. Many probably don’t feel very good about being paid while more than a quarter million people in Hawaii have filed for unemployment.

Solution: Get back to work. ASAP. 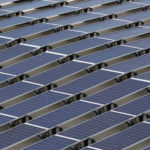 A Renewable Path To Hawaii’s Recovery

There are so many ways to do this with a combination of technology and face-to-face interactions. It's shameful that the legislature and staff members haven't figured this out with some help from state IT experts.

If state senators can hold special hearings for COVID-19 during this time, then there is absolutely no reason or excuse for the legislature not to be able to resume their regular session using teleconferencing technology.Question to everyone: Are you going to vote for your incumbent lawmakers again next election? If so, you are rewarding them for being idle from their job of crafting bills & voting them into law, while they still collect their paychecks in the midst of 35+% unemployment. One more thing: The deadline for filing a nomination paper in June 2, 2020.

Since the Courts have Televised Proceedings from a jail to a Courtroom, why can't the Hawaiian Legislative Body do the same thing? It doesn't take a rocket scientist to figure this out.