The U.S.' current crises are often compared to the upheavals of 1968. But there are key differences, notably how the struggles with COVID-19 and racial injustice are seemingly bonding us with the rest of the world. 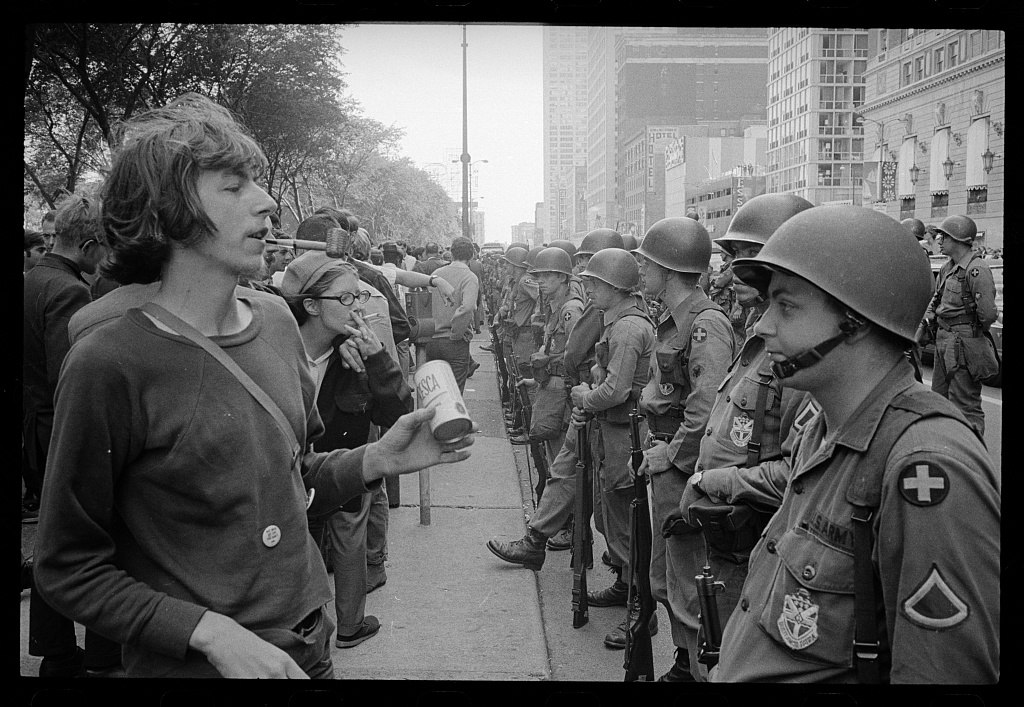 My friend Adrienne LaFrance in a recent email asked me if much of today reminds me of the 1960s.

Adrienne, a former reporter for Honolulu Civil Beat, now is executive editor of The Atlantic. We had been corresponding about an article/podcast she did on the conspiracy group QAnon.

She asked, “I’ve been speaking with colleagues who were reporters in the 1960s, about how much today reminds them of 1968 in particular. I wonder what you think of that.”

Some of the key differences between 1968 and 2020 are that police today wear body cameras and many of us have smart phones to document injustices in real time. Bad cops have a tougher time now justifying the killing of innocent citizens.

We also have 24-hour news cycles and social media to help advocacy groups quickly organize and publicize their causes in order to combat wrongdoing.

And most extraordinary, in a way few would have imagined months ago, we are bonded together not just regionally or nationally, but globally, by the shared experience of fighting a killer virus by self-quarantining in our homes for months.

What has affected one of us affects us all.

As New Yorker reporter Adam Gopnik put it, “What happens here happens there. A bat may infect a pangolin in Wuhan, and the world shuts down.”

There is a heightened awareness of our inter-connectedness in the lockdowns. We’ve all had plenty of time to think about our hopes for a better world going forward.

Protesters took to the streets around the world this weekend from Sydney to Seoul and from Paris to Honolulu to protest the brutal death of George Floyd, an unarmed, handcuffed black man, who died while bystanders begged for mercy from a Minneapolis police officer who kneeled on Floyd’s neck for almost 9 minutes.

In 1968, many protests were local, not joined worldwide. The demonstrations were on college campuses and in big cities, not everywhere like today where they have been launched even in tiny towns and white suburbs.

And in the U.S., the protest crowds of today — rich, poor, middle class, multi-ethnic, all ages — more closely reflect the face of America.

The Atlantic reporter James Fallows calls 2020 the second most traumatic year in modern American history after 1968 “and it still has seven months to run.”

All this came as the Vietnam War raged on — 1968 was a record year for American and Vietnamese combat deaths as North Vietnam’s Tet Offensive weakened America’s resolve to continue the war.

CBS anchorman Walter Cronkite went on the air on Feb. 27 to urge a negotiated end to the bloodshed.

President Lyndon Johnson watching the broadcast is reported by some to have declared: “If I have lost Cronkite, I have lost Middle America.” Shortly after, Johnson shocked everyone by saying he would not seek reelection.

More violence followed at the Democratic National Convention in August of 1968 as Chicago police and National Guard troops rifle butted, billy clubbed and tear gassed mostly young protesters assembled by the thousands to call for an end to the war that would continue for another seven years.

There was also a pandemic in 1968. The influenza H3N2 virus, also known as the Hong Kong Flu, killed an estimated 1 million people worldwide, including 100,000 in the U.S. But in the tumult of the times, it didn’t gain wide publicity.

Clearly, 2020 has demonstrated some of the same violence and chaos of 1968. But what is happening now is different.

There is no draft, no Vietnam War, no assassinations, no month after month of violent protests. There are sadistic police officers, but cops are better trained today. Most are people who joined local police departments hoping to help others.

In 1968, many protests were local, not joined worldwide.

What is clearly different is that we are burdened with a national leader who is not up to the job.

Whether or not you agreed with their policies, our former presidents were competent, experienced leaders.

“There was no chance that the country would end up in the hands of a clown,” Fallows wrote in his essay comparing 1968 to 2020.

President Trump has sought to divide us. But the extraordinary months of global self-quarantine have united not just Americans but citizens across the globe.

This weekend that unification showed itself in the singular surge to decry the action of the Minneapolis police officer who pinned his knee on George Floyd’s neck, while three other officers stood by. Officer Derek Chavin and the officers who calmly watched Floyd struggle and plead “I can’t breathe” have all been charged — Chauvin with second-degree murder, the others with aiding and abetting murder.

The eruption of the initial arson and looting in the streets of some cities has subsided into peaceful protests.

In the early days of lockdown, writer Paul Theroux answered my question about what he saw emerging from the time of the virus with this observation: “I am fascinated by the fact that this is a global pandemic — the whole world all in the same boat. That doesn’t happen often — indeed I can’t remember a time when this was so. I know some good, great enlightenment will come from this.”

The enlightenment is we are all in this together despite a president who thinks leadership is setting people at each other’s throats.

COVID-19 has lifted the veil covering Trump’s incompetency in ways that might not have happened in normal times.

Who will forget Trump’s bizarre marshaling of police to shoot chemicals and pepper balls on peaceful protesters in Washington, D.C., clearing the way for him to walk to historic St. John’s Church to hold up a Bible that his daughter Ivanka pulled out of her handbag.

The latest NBC News/Wall Street Journal poll shows Trump’s voter support with his base is eroding.

There are still five months to go until the election. Anything can change.

My friend Catherine Cruz says the virus has shown us the contagion of kindness and the infection of intolerance.

I would add that it’s also showed us the need for a competent president to lead us to economic strength and racial justice. 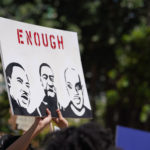 As someone born in 1950, I appreciated Denby Fawcett's article, "The Shared Trauma of 1968 and 2020".  She may be one of our town's older reporters, but I'm glad she didn't retire, because she still has plenty of useful and compelling things to say. Thanks for your good work, Denby!

What is clear is that we are burdened with elected officials in cities  and states who are not up to the job.  The elected officials in Minneapolis, New York, Los Angeles and Seattle control the police departments and choose police chiefs who mandate the training of police officers. In addition these cities have governors of the same party who have dominated the politics and policies of their state for decades. Any issues of racism by the police need to be addressed directly to the elected officials of this political party which has controlled these states and cities for decades. Strange how President Trump is blamed for every misstep, incompetence and intolerance of elected officials of this political party in states and cities where violence, looting and arson have occurred.

Through the 60's there had been political attempts to uplift women and the Blacks and incorporate them into the middle-class through affirmative hiring and minority job quotas.  Starting in the early 80's, corporate Repubs and Dems through their economic policy of shipping jobs offshore, regressive taxation, bailing out and turning the economy over to the financial industry has dismantled the vibrant middle-class into consumers in debt. Despite smooth-talking Obama the trend of increasing poverty continued and race relations deteriorated There is now a permanent underclass that knows no racial divide and has turned Main St. into a melting-pot ghetto. I think, both 2020 presidential candidates will continue these trends. Dwelling on divisions of race and sex will only further empower the corporate privileged elite to accumulate more wealth and power, while poverty grows with no racial discrimination.  What was learned from the 60's?