There's a failure of political will to hold law enforcement accountable for its performance. 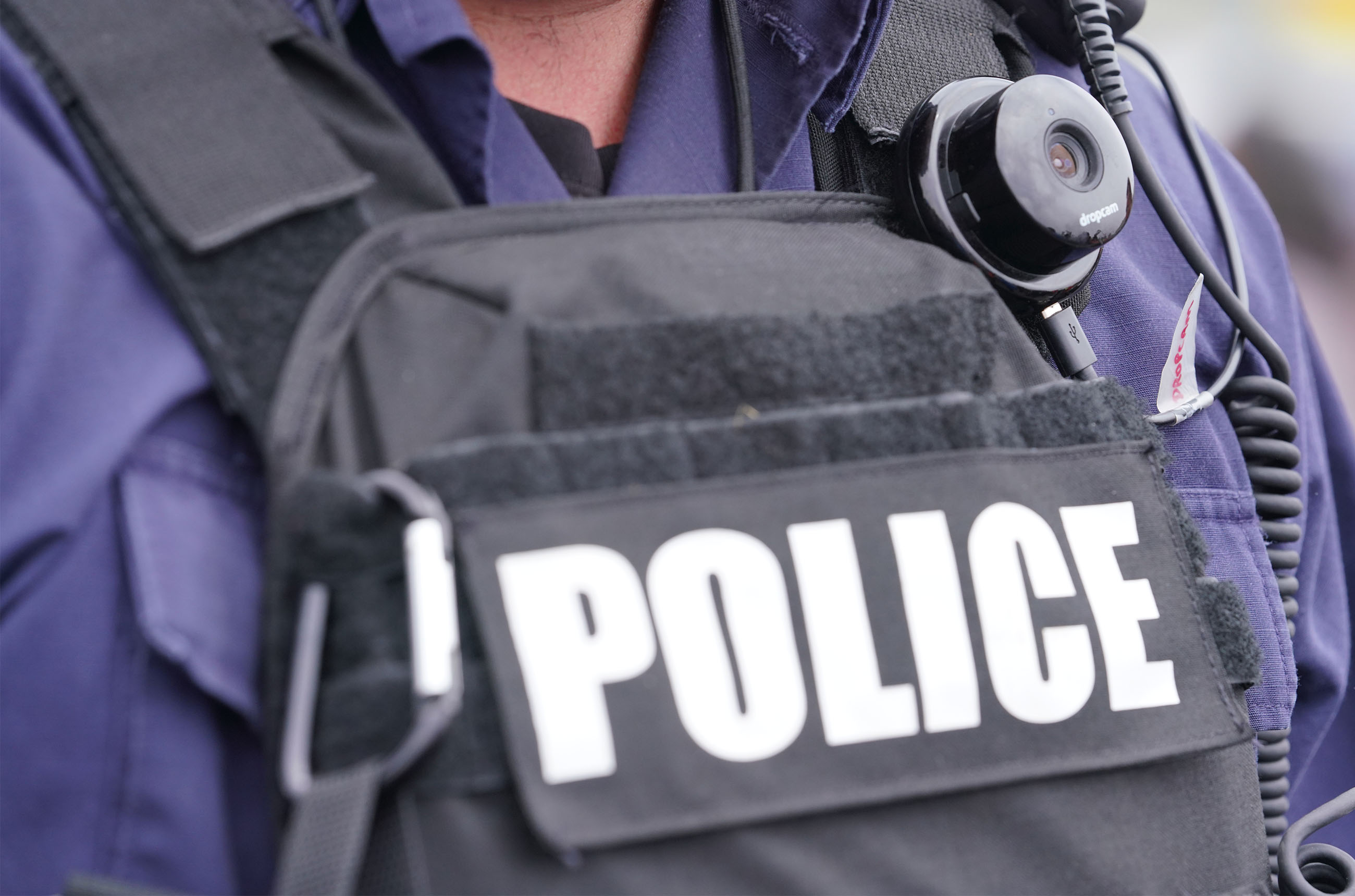 The recent revelation that the Honolulu Police Department does not accurately report how many people its officers kill raises serious concerns about police integrity, accountability, and leadership.

These concerns are not new, and they are magnified by HPD Chief Susan Ballard’s astonishing claim that the national movement to reform police should “skip Hawaii” because “we’re kind of doing OK over here.”

HPD’s shoddy reporting is shameful, and Ballard’s claim that her department is “doing OK” is complacent claptrap.

As reported by Civil Beat, in the 10 years from 2010 to 2019, HPD’s use of force reports stated that Honolulu police killed a total of 18 people when the true total was at least 29. That’s a difference of nearly 40%.

In Honolulu and elsewhere, errors of this magnitude cannot be explained or explained away by blaming technological glitches and definitional differences (as Ballard tries to do) or bureaucratic ineptitude, though these may be contributing factors.

Failure Of Political Will

The seminal study of killing by police is Franklin Zimring’s “When Police Kill,” which was published in 2017. Zimring’s main conclusions are that “police use of lethal force is a very serious national problem in the United States,” and that killing by police in our country is “a much larger problem” than in any other developed nation.

In his penultimate chapter, Zimring explains how the problem of police killing can be controlled. As he puts it, “the sine qua non” of effective reform is “adoption of the belief that the preservation of the lives of civilians is an important principle of police policy.” And “the heart of the matter” is this: “the police chief is by far the most important influence on the use of lethal force by police officers.”

As my colleagues and I have written previously, this diagnosis applies in Hawaii too. In our analysis, the rate of killing by police in Hawaii was slightly below the U.S. median rate, but considering the low rates of violent crime and handgun ownership in Hawaii, and the very high rate of police killing in the United States generally, this is hardly cause for concluding that local police are “doing OK.”

There is also a matter of timing that should give police watchers pause. Ballard became HPD chief in November 2017. In the two years that followed, the number of people killed by HPD surged. There were as many killings (14) in the first two years of her tenure (2018-2019) as in the previous seven years combined.

Ballard recently told the Honolulu Police Commission this surge is “high for Honolulu but in general for any other large major police department, that’s nothing.”

And then there are HPD’s facile justifications. After officer-involved deaths, Ballard and her representatives routinely claim that the use of force was justified and that police acted “in policy.” These claims typically occur so soon after an incident that there is no way HPD could have done a serious review. Ballard’s press conferences also traffic in evidence-free assertions that crime in Honolulu is rapidly rising.

That is not responsible leadership.

For years, HPD has not bothered to post its use of force reports on its PR-heavy website, and now Ballard says the reports might shrink to a single page. In reply to a press conference questioner who recently asked why the use of force policy posted at HPD’s website is heavily redacted, Ballard replied with a grand non sequitur — it is because “we have chosen to do so.”

There is also the feeble Honolulu Police Commission. When we wrote about the HPC in 2014, we observed that its main function was “to cast a halo of legitimacy over HPD.” Times have not changed.

As Loretta Sheehan and Steven Levinson lamented when they quit the Police Commission on June 1, the HPC has very limited powers to oversee HPD, and its members are passive and pusillanimous about exercising the few powers they do possess.

In January, when Sheehan was replaced as chair of the HPC, and while former HPD Chief Louis Kealoha and former prosecutor Katherine Kealoha were awaiting sentencing for some of their crimes, Sheehan’s successor, Shannon Alivado, said “I don’t want to dwell on the past,” and she encouraged her colleagues on the commission to have more “aloha” towards HPD.

When Dave Shapiro of the Honolulu Star-Advertiser wrote that police commissioners should be watchdogs, not lapdogs, Alivado lambasted him and other members of the media for “causing unnecessary angst within the community.”

Alivado’s comments were made in the wake of a scandal that rocked HPD and the Honolulu Department of the Prosecuting Attorney. Neither law enforcement agency has demonstrated serious interest in confronting the cultural and organizational problems that made the Kealoha crime wave possible. In this context, Alivado’s comments can only be called vapid.

Hawaii’s police union is primarily interested in protecting its members.

And then there is SHOPO: the State of Hawaii Organization of Police Officers. To her credit, Chief Ballard stood up to the previous president of this police union, Tenari Maafala, who never met a police reform he did not detest. He has sued her.

Maafala’s replacement, Malcolm Lutu, recently argued that the names of officers who have engaged in misconduct should not be disclosed to the public. His essay proceeded from the premise that “We, as police officers, are here to protect and serve you.”

The truth is, Hawaii’s police union is primarily interested in protecting its members and serving their interests – as are many police unions in the United States. One study examined police contracts in 178 American cities and found that 90% of them contained clauses that thwart “legitimate disciplinary action.”

Yet even in this lackluster company, police contracts in Hawaii are strikingly deficient in provisions that would promote transparency and accountability.

First, the citizens of Honolulu need to recognize that HPD has serious problems, the most fundamental of which is a severe shortage of accountability. In the wake of the biggest corruption scandal in Hawaii’s history (the full contours of which are still unknown), no one can credibly claim that when it comes to HPD we should leave well enough alone.

Second, as the chief of HPD, Susan Ballard needs to get serious about police reform — or she should be replaced. Platitudes, PR, and denial will not do. 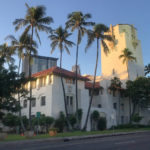 Neal Milner: 4 Ways This Honolulu Mayor's Race Is Like None Before It

For the skeptics, there are so many issues with HPD, some examples we have learned of in recent months:- Excessive use of force- Violence against women - Sexual abuse of minors- Blackmailing prostitutes- Accepting/soliciting bribes

Ballard is in a disconnect mode. Every institution needs to change. Cannot say Hawaii is exempt because of who we are. Nonsense. Time to change the chief of police on Oahu. Police chief should serve for no more that 4 years. Constant rotation makes for a better department.

I would just like to say one more thing to the officers and administrators at HPD. With all thatâs going on it would be so easy to pull the pin, and say adios to all of this. Feeling that after decades of hard work, your efforts go unappreciated, and worst yet people are demonizing you. Well let me say personally that there are many who are very appreciative of your service; all that youâve done, and all that youâre going to do. And this message is for your family too. I know itâs hard but we need you now more than ever, so hang in there. As one of my professors in college said, "this too shall pass!"