Neal Milner: 4 Ways This Honolulu Mayor's Race Is Like None Before It - Honolulu Civil Beat

Neal Milner: 4 Ways This Honolulu Mayor's Race Is Like None Before It

The COVID-19 pandemic is reshaping both campaigning and what voters are looking for in a candidate. 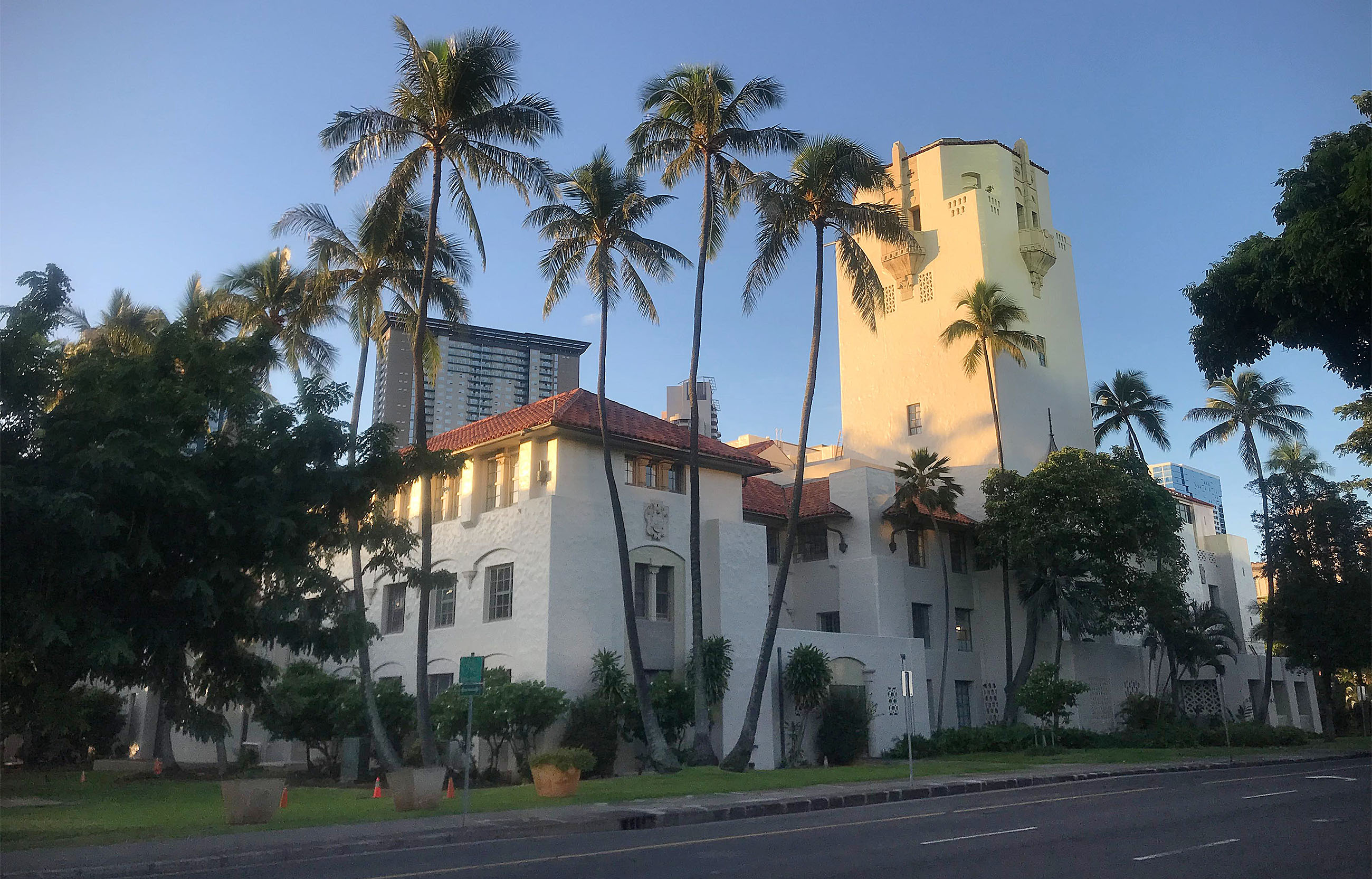 The present race for Honolulu mayor is very different this time — different in four ways.

The first and most obvious is running for office in a pandemic. The final way is the least acknowledged but quite possibly the most important. It is about governing in a pandemic.

Voters are preoccupied with the virus. Political strategist James Carville, always good for a nifty turn of phrase, says, “I don’t think anybody is going to pay attention to anything other than the coronavirus.”

If a candidate can talk to anybody at all. Notice any candidates dropping by  your house with a broad smile and a smart phone full of voter data in hand? They wish.

No face to face, no handshakes, no up-close and personal shakas.

Door to door schmoozing is impossible. You’d be breaking the bubble. So you attach a leaflet to the door but don’t knock, hoping that your constituent doesn’t simply grab it and throw it right into his Glad Bag on the way to the dumpster.

Instead, mayoral candidates might have fundraisers over Zoom, and volunteers making phone calls from home rather than from some funky temporary office with a short-term lease.

You rely more on social media, which has become a central but nevertheless overly mythologized part of virtually any campaign.

Signs, placards? Sure, you see them scattered around the island with the usual concentration in places like Waimanalo and Kaimuki, but they can’t really be mainstays. And sign waving? Sign waving is possible but with social distancing, more complicated.

2) Normal Factors May Not Apply Here

The nature of the field is different, and characteristics that typically have an impact, like name recognition, may not apply here.

Overall, the candidates make an impressive bunch, better than usual, with a wide range of experiences, from people who have already held political office to community activists to successful business people. It’s the deepest bench in recent memory.

What else makes this different is that name recognition is playing a less predictable role than usual. It may in fact be a minus this time.

The poll showed … well, nothing really if you were looking for something definitive. Rick Blangiardi led with just 21% of the votes, Colleen Hanabusa was next with 15%.

But the biggest takeaway is that the top four candidates combined (adding  Keith Amemiya and Kymberly Pine) got less than half the votes, which was just a few percentage points higher than the percentage of people who were undecided (30%) or would not choose any of the declared candidates (12%).

Commenting on the results, one of the pollsters said, “There is a very real possibility that a well-known late entrant could garner immediate support.”

Who could resist this invitation to garner? Certainly not our former mayor. In less time that it takes to drive Kalakaua Avenue in a pandemic, Mufi Hannemann decided to run again.

And that’s where name recognition comes in, and in an unusual way. Both Hannemann and Hanabusa are very well known of course, and each faces the same downsides of name recognition.

For both this election is like “Cheers.” Everybody knows your name.

Except in Cheers everybody also wants you to stay.

Mufi is Honolulu rail’s founding father. Without him rail would never have happened.  Everybody knows that, but it’s not likely that folks are coming up to him saying, “Oh you’re the rail guy. We’re many years down and, oh, billions of dollars short. Thank you for your service.”

Besides, he may have lost his vote getting magic. Hannemann has lost his previous elections, including a congressional race against Tulsi Gabbard, then a barely known non-incumbent.  You know back when being the 46th president of the United States was barely a gleam in Gabbard’s eye.

Hanabusa had the highest name recognition in the poll, but all that got her was an anemic 15% support. She’s behind Rick Blangiardi, well known in the community but still a political newcomer.

Hanabusa may also have jumped the electoral shark. She has lost her last two elections, first at the federal level (U.S. Senate), then state (governor). Will she make it a federalism trifecta by losing the mayor’s?

Let’s not exaggerate here. Name recognition is just one component.  On the other hand, despite the ever-present claim that we need a fresh face who is not a politician, when it comes time to voting in Hawaii, political novices lose.

Still, what’s different in this race is the lack of the usual, strong if not predictable clues.

3) The Voting Method Will Be Different

For the first time almost everyone will vote only by mail. This is not likely to increase voter turnout for several reasons.

Under normal conditions all-mail voting does not increase turnout very much. In Hawaii’s case, a significant number of people already vote remotely through absentee ballots.

It takes more than a change in voting methods to get usual non-voters to vote, which in Hawaii’s case means overcoming a sizable and stable culture of non-voting.

Most of all, though, this election is not a fair test of any ballot change because, well, because of what we began with, the pandemic.

James Carville may be right. There is nothing on any potential voter’s mind other than COVID-19. If so, that’s a sad irony because of the fourth and final difference.

Fourth: the pandemic’s impact on the mayor’s race is sure to be more important.

For a number of years local politics has become nationalized. The prevailing attitude among political parties and voters is that if an issue does not have national dimensions, it’s trivial. Voters pay less attention to and have less knowledge of state and local officials than they used to.

Because of the pandemic, that is going to change because recovery is going to depend so much on state and local officials both to ease short-term pain and to lead the transformational efforts their cities need.

Mayors and governors are already in charge of dealing with the virus, and they are going to be the point people feeding and sheltering the big increase in people who lack shelter, food, and income.

That is the frightening side. The more uplifting side is that well before COVID-19 hit, in many American cities the role of mayor was being redefined in ways that focus on local resources and local initiatives.

Mayors are players in this but very different sorts of players. It’s a quite different orientation toward governing.

So, the mayoral election is clearly part of a very different and bizarre landscape filled with uncertainties.

But we can be certain about one thing. Whoever gets the job is going to have to do it in ways that are very different from the past. 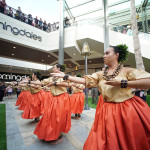 Regardless of who or what parties you may support, please everyone , lets get out( Mail In) and vote.Many  complain about the results, but because we always have a low turn out, in essence, we are letting a very small percentage of people  decide who are elected officials are.Literally, if you want change, VOTE!Please everyone, get out and vote!

"Voters pay less attention to and have less knowledge of state and local officials than they used to."I disagree. Unfortunately, we have been paying close attention. It is the same old same old, every election cycle. Same intentions, same election speeches, etc. Still: homelessness , mental illness, infrastructure falling apart, big blue glass condos (expect more on the rail route to the West side). I am certainly making my vote count this year.

So many of the usual old suspects - when transformative economic thinking is now desperately needed.  Honolulu is about to lose 50-100k people due to CCP-19 economic emigration to the mainland.  How do we remake Honolulu into a 21st century city?