Neal Milner: Hawaii Has Lost Its Emotional Connection To Voting

Vote-by-mail might make it easier to vote, but it's not the fix we need to engage citizens in elections. 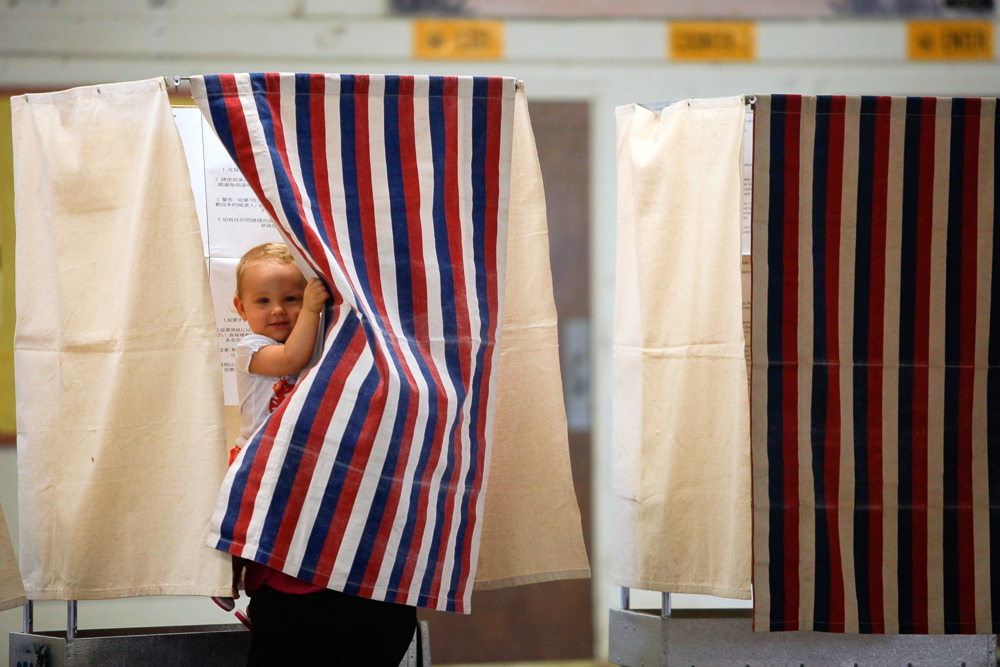 Do you remember the first time you voted? Was it swell? Going to the polls, feeling proud and pleased at your chance to stand in line, being in that booth to cast a ballot? Did you feel connected to something bigger?

Do these memories still linger in your heart and mind, like other, you know, “first times” in your life? Do you still think about them whenever you vote?

Well, it turns out that according to a recent study, millions of people in fact feel this way about voting.

Honestly, so many of the people sounded like they were singing the old Phil Phillips song “Sea of Love.”

“Do you remember when we met. That’s the day I knew you were my pet. I want to tell you how much I love you.”

Cheesy? Over the top? In fact, it is a foundational way to think about voting.

It turns out that understanding those “sea of love” memories helps us understand important issues regarding voting in Hawaii: voter turnout and all-mail balloting.

But you would never know it from the way we typically talk about voting.

The way we tend to think about elections is pretty simplistic. Turnout plus preferences equal an election. End of election, end of story. Who wins, who loses. All you need to know. On to the next election whenever that is.

In their recent book two psychologists, Michael Bruter and Sarah Harrison, start with a very different question in their recent study of voters in five countries, including the United States.

They ask, what if from a democratic standpoint, who wins elections does not really matter so much “as long as people feel happy and elections serve their purpose of making citizens comfortable regarding their role within their political system, and satisfied with their control of and interaction with society?”

They look at elections as emotional experiences and in a very broad, life cycle approach, like the method someone might use to investigate family life over time.

And elections are emotional in ways that have little to do with losing or winning. When they cast a vote, a surprising number of people report strong physical sensations from pride to shaking. A sizable number cry.

Citizens often have those strong, lingering childhood memories of going to the polling booth with their parents on election day.

And then there is that “my first time” rite of passage memories I mentioned before.

People in a voting booth think about all kinds of things besides the choices they will make. They have memories of previous elections, a sense of attachment to others, and often strong, fond memories of the first time they ever voted.

Electoral experiences linger and go well beyond the candidates they vote for. These thoughts have a lot to do with how comfortable or satisfied they feel about their links to the broader world. They feel attached.

The person voting remotely is far less likely to feel an attachment to other voters, less of a sense of being part of a collective fulfillment.

As for voter turnout, advocates of mail ballots often claim that it reduces barriers that keep people from voting. You can fill out your ballot from your beach chair in the confines of your carport man cave.

Here’s the thing about remote voting and voter turnout. First of all, all-mail ballots increase turnout but not by much. A recent study put it at about 2%. That’s probably a little bit low.

Finally, emotions, family dynamics and memory may be much more important factors affecting whether or not a person votes.

We already know that both voting and non-voting are habits. Think of habitual voters the way the psychologists Bruter and Harrison would.

People who have all those strongly positive election memories related to their earlier family life find voting emotionally resonant and satisfying. This develops cumulatively from election to election, apparently no matter if your candidate wins or loses.

These individuals develop an electoral identity based on this positive view of a voter’s role.

The world of the non-voter lacks these memories and accumulated emotions. Family election memories where this was simply not a part of growing up. Electoral identity never develops. Too little to build them on.

So let me create a brief story about why turnout in Hawaii might be the lowest in the nation when 60 years ago it was the highest.

In the 1960s and ’70s voting was much more a part of family life. AJAs — people’s friends and neighbors — had come home from serving in the 442nd or 100th Battalion to wrest political control from the haole elite. Their political campaigns were very grassroots, door to door. Plus, statehood with all its early excitement and early sense of inclusion.

Imagine the emotional power of your first ballot if you were 21 years old in 1960, or 1970. Imagine the foment, the family talk.

That emotion dissipated over time. The heroic, popular early post-war generation passed. Nobody with that history or charisma replaced them. Most elections became far less contested or not contested at all. And the political focus became more national, less your own flesh and blood.

Not to mention the extraordinary distrust that Hawaii’s citizens have for the state’s politicians.

It is understandable, even maybe good citizenship, to try to reduce barriers to voting in Hawaii. Mail-in voting is apropos because it is relatively simple to implement and because it should save the taxpayers some money.

But it’s a drop in the bucket because voting and the emotional resonance of elections have disappeared from the lives of so many families. 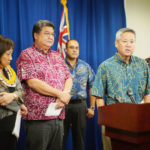 When I was a kid, election days were festive days. The adults would dress up nicely, doll up the kids as well, and we would all walk to the polling place and spend an hour or two there getting our ballots, voting, and socializing. The town folk viewed voting as their sacred right and duty. Getting an absentee ballot back then was about as hard as getting a  jury duty deferral. The polling places were open from 6 am to 10 pm, and the typical turnout was 70%-80%. Mail-in voting makes me very, very sad.

Hawaii consistently has the lowest voter turnout of any state.  Apathy reigns.

Neil, culture is what makes us play bridge, cheer for the Red Sox, hunt alligators, jump into volcanoes.  It's also probably as you suggested what makes us vote. The intimate, network and emotional fabric of how values get handed on has been disrupted many times over since the 60's.  My dad worked for the Advertiser as a linotypist.  The paper was as common as a "musubi" at our hapa haole house.  My children haven't touched a newspaper in years.  As Marshal McCluhan suggested  technologies colonize us and become "environmental" shaping our seeing and our being in ways beyond our awareness.  Can democracy survive in this hypermediated world. Can voting?Can a "demos" survive with no living, "face-to;face" agora?