When Housing Turns Political In Kailua

Residents are frustrated and confused over a proposed affordable housing project. 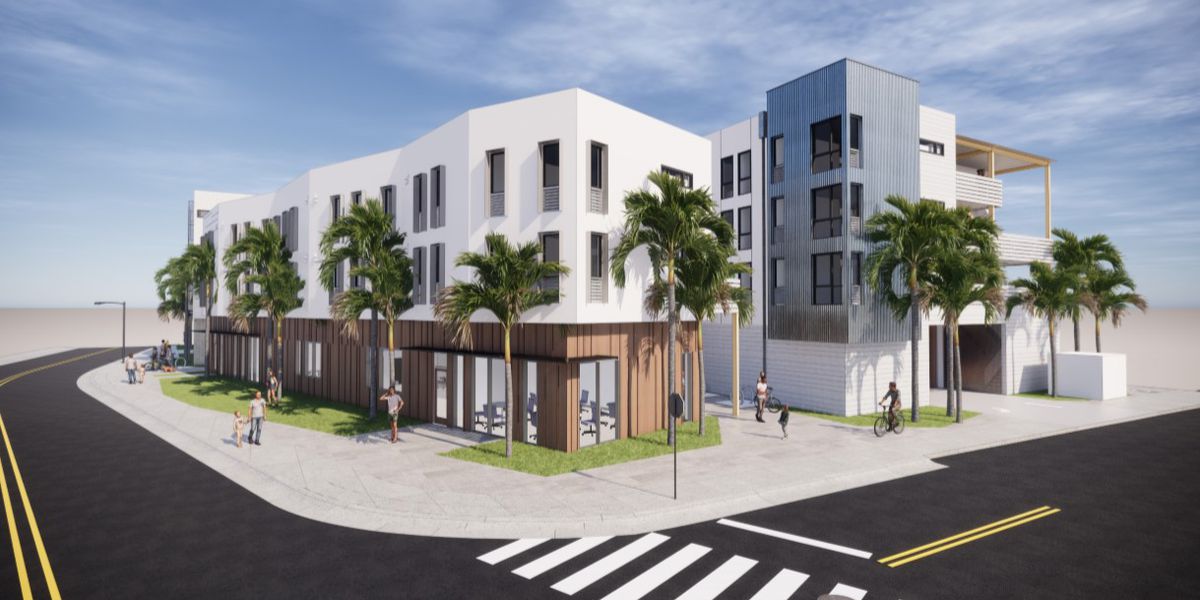 Brian Canevari earned a B.A. in architecture from California Polytechnic State University in San Luis Obispo and currently works as a designer and maker of functional things in Kailua.

Despite the progress of humankind, one basic life necessity — housing — continues to be lacking around the world, especially in Hawaii.

While this is not news, one new development is sparking debate. It seeks to double the buildable height allowed and exercise exemptions from multiple land use requirements on an almost 1-acre parcel in the R-5 (one home per 5,000 square feet) single-family residential zoning of Kailua’s Coconut Grove neighborhood.

Like the on and off misty showers brought to the Windward Side by the trade winds, tears were intermittently flowing at a special Kailua Neighborhood Board meeting called to discuss a proposed 70-plus unit apartment complex at the corner of Oneawa and Kawainui streets.

All of this emotion came from surviving the struggles each encountered as it relates to housing and the changes of Ohana in Kailua. The developer shared information from her hired consultants that reinforced the Hawaii Revised Statutes 201H affordable housing exemption request.

The residents told stories of having their own “affordable housing” for their family, in their home, and the limits placed on them by the land use ordinance. Residents living in the same R-5 neighborhood, some adjacent to the more than 47-foot tall proposed structure, followed the law over the years and do not understand why the developer, who boasts of growing up in Kailua, is requesting exemption.

A rendering reported by Hawaii News Now this month shows the proposed affordable housing complex along Kawainui Street in Kailua.

The HRS 201H affordable housing law supersedes City and County of Honolulu regulations, allowing exemption requests from building and zoning regulations to developers of housing meeting the definition of “affordable” according to the federal office of Housing and Urban Development.

Clouded by the complexity of this state “affordable housing” law, everyone — the developer and the local residents alike — are turning to their elected officials to answer to them, and for them as the full Council of the City and County of Honolulu will vote to recommend approval or denial to the state of Hawaii.

To better navigate the complexities of the Department of Planning and Permitting, the developer boasted that she has hired longtime employee of DPP, Keith Ishida. State Sen. Jarrett Keohokalole held a Facebook Live talk story with state Sen. Laura Thielen and City Council Chair Ikaika Anderson on June 11, as they and many other elected officials have been flooded with calls for information.

With a degree in architecture (not licensed with the state of Hawaii), I did read and analyze the Phase II Application for 201H exemption for this project. I started at 7 p.m. one evening and finished at 2:30 a.m.

My analysis: The recipe for this concoction of “affordable housing” being placed outside of the commercial zone could never be understood, neither by everyday citizens nor elected officials.

Anderson said he would meet with a private consultant in June that maximizes use under current zoning laws to understand what the developer could potentially develop without requesting the 201H exemption. Residents are understandably frustrated and confused.

Only seven of the more than 70 apartments in this project will be truly affordable, with rents ranging from $678 to $813 for applicants making less than approximately $36,000 per year. Community elected representatives both in Honolulu and at the state agree that truly affordable housing does not work financially unless developers are allowed to build beyond the allowable zoning. Cost of land and construction costs are cited as the need for excessive density yet exhaustive financial analysis to prove this case is not required.

In fact, financial elements of these developments are so confusing to a population that doesn’t hire complex tax attorneys as part of their annual financial reporting. What most don’t realize, and the developers never mention, is that these “affordable housing” projects sell low income housing tax credits, which were first launched by the federal government in 1987, to people with high income that need a tax write-off.

Bank of Hawaii is the funding partner for the developer serving their high net worth banking customers, or investors from the mainland, marketing themselves as community benefactors all the while attracting more tenant applications with the word “affordable” yet offering nothing new since 1987.

With a new paradigm shift happening around the country, people living and working differently, the economics of housing needs to change.

In a recent public interview, Mark Cuban shared some insight into what developers don’t want to share, but everyone needs, equity: “If workers aren’t tied to the equity growth of the business where they work, or the housing they live in, they will never move beyond paycheck to paycheck. We need a bottom up economics plan.”

Consider that the HUD definition of “affordable” for Kailua translates to a maximum of approximately $72,000 annual income for one individual to qualify to live in one of 54 “affordable” apartments renting for $1,356 to $1,627 per month with an allotment for electricity, 53 parking stalls offered on a first come first served basis. A school teacher making approximately $50,000 would spend close to $20,000 dollars a year of their approximate $40,000 take home pay, with no equity growth.

The proposed rents are very similar to the market rate apartments already built in Kailua to current zoning height and setback regulations, that include the parking allotment required by zoning. And, in this “affordable” housing complex, renters are charged electricity rates exceeding standard residential rates through Hawaiian Electric, circumventing the protections of rates set by the Public Utility Commission.

It’s time to pull back the veil on the fees waived by the city.

So in the end, all of the concessions afforded with the Hawaii 201H exemption leave hard-working, hard-up individuals with nothing more affordable than what is already built and currently vacant. Not to mention, there are 31 condo units currently available in Kailua, some as low as $315,000, equating to a mortgage payment that would be less than these “affordable” rents.

It’s time to pull back the veil on the City and County of Honolulu waiving close to a million dollars in expected development fees for a development that earns a profit. 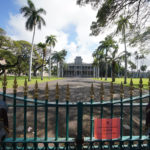 Brian Canevari earned a B.A. in architecture from California Polytechnic State University in San Luis Obispo and currently works as a designer and maker of functional things in Kailua.

I think that the 201-H (and other policy options like this) are valuable and necessary tools to help get much needed affordable housing BUILT. Affordable housing developers need incentives if they are going to take the risks to be a part of this market - reduced fees, tax credits, grants, parking wavers (in the right context) - which has a much lower return than market, luxury and super luxury developments. As a society, we approve of "incentives" granted to many other industries in effort to encourage development that benefits us as a sustainable community. Sometimes itâs necessary to help tip the scale or dare I say "level the playing field" I hope that we can continue to publicly evaluate our priorities and make policy that can help make them real...especially if it can help benefit the most vulnerable of our LOCAL Ohana. Big Mahalo for your article!Awoo

Aloha - and mahalo for covering this very important proposed project.  As an architect who practices both here in Hawaii and in California, Iâve been able to see how many communities address growth, housing, and the public realm.  Anyone who has gone through the planning, entitlement, design, public outreach, financing, and maybe even construction process can tell you that itâs NOT easy - nor should it be.  We should care about what our built environment looks and "acts" like.  I applaud developers with a vision (and their paid consultants) who manage to chart a course that successfully navigates all of the hurdles to that lead to good design - and especially affordable housing....a MUCH needed community resource -  to help address all the challenges that you highlight..AWoo

1. Thank you for saying what isn't ever said by developers and is actually written in such an ambiguous way that allows for so much grey area. I really appreciate this content. Thank you. 2. I honestly like the idea of building something truly affordable ...FOR THE PEOPLE OF HI. But this is an absolutely poor location for such a complex. The area is already a traffic bottleneck and side streets are narrowed with parking spaces already occupied by current residents.  How/where do they expect occupants of those 70 units to park?3. So then for us laymen people can we assume anything NOT luxurious is "affordable? Can the middle class be tricked & squeezed any more? How much longer will the middle class last? This is a slap in the face and very disappointing by our "elected" officials.