We received 2,000 donations and onboarded 800 new Civil Beat donors over the past 8 days! Our small nonprofit newsroom is grateful for your readership and support, especially during these uncertain times.

The work continues with safety protocols in place, helping the local economy during this time of crisis. 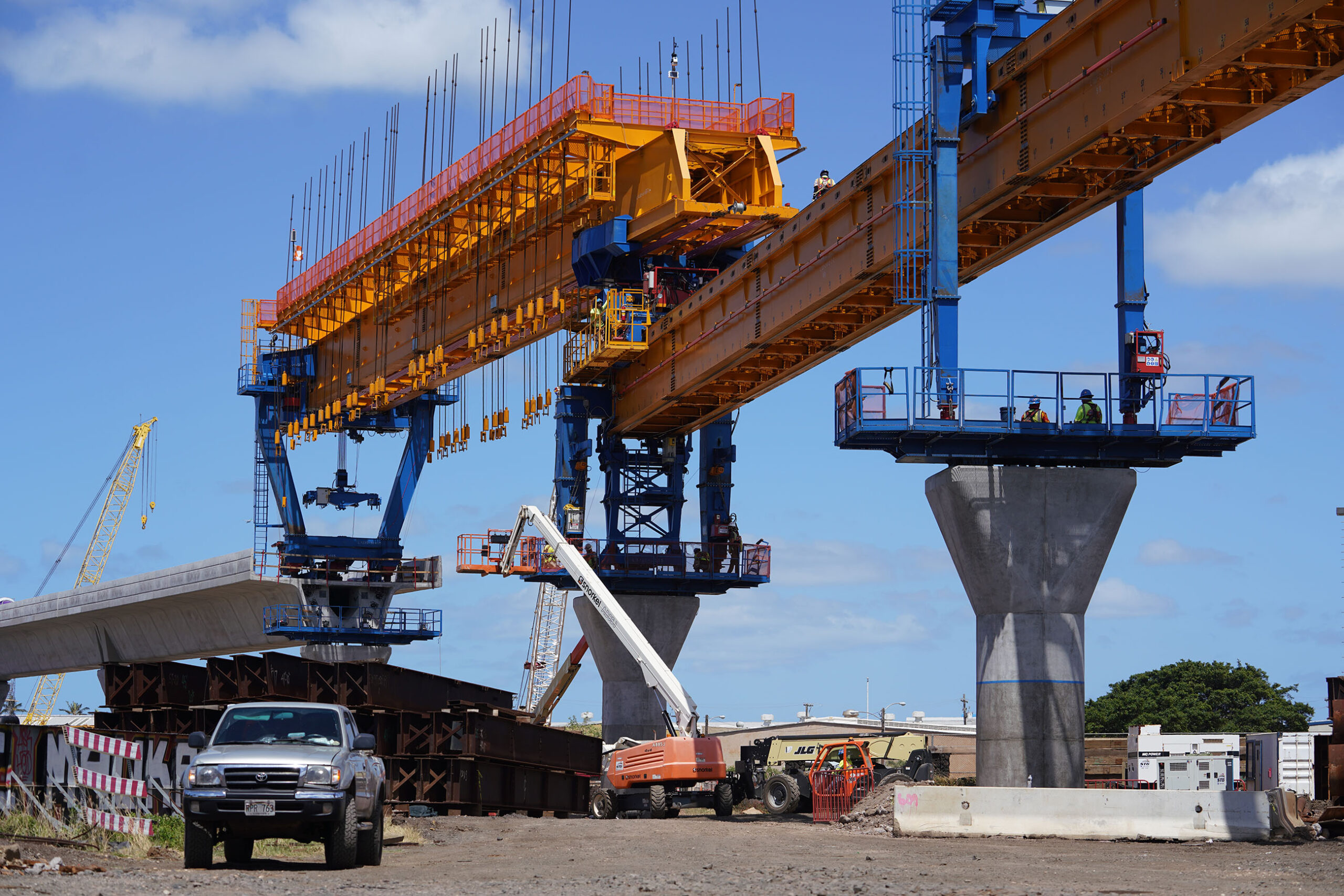 Andrew Robbins is the executive director and CEO of the Honolulu Authority for Rapid Transportation, a position he has held since September of 2017.

Constructing the mega-project that is Honolulu Rail Transit was always going to be a challenge. Placing a 20-mile automated light metro rail system with 21 stations, mostly elevated, across the south shore of the island of Oahu and into the heart of urban Honolulu is certainly no easy task.

In mid-March, the COVID-19 pandemic began to make its impact here in Hawaii. The public health crisis made managing the rail project even more challenging.

It was very important that very early on both Governor Ige and Mayor Caldwell declared public works projects, and specifically the Honolulu Rail Project, as “essential infrastructure,” which allowed the rail project work to continue without interruption. That was not the case in some other parts of the country, where such projects were at least temporarily shut down.

Everyone at HART, the rail contractors and the labor unions were all very appreciative of the declarations. Continuing rail construction was especially important not only to maintain progress on the project, but also to provide a boost to the local economy.

The rail guideway columns leaving the airport industrial area as construction this month moves towards Middle Street and town.

The tourism and hospitality sectors were in sharp decline. Construction workers earning their paychecks were able to prop up other parts of our local economy, such as supporting those local restaurants that had to turn to take-out only service.

At HART, we knew that keeping our staffs safe both in the office and in the field was critical.

HART’s Safety and Human Resource teams swung into action. They determined safe working practices for essential staff who continued to report to work, either in the office or at job sites, where various activities such as train testing were needed. We had great cooperation from our contractor Hitachi Rail Honolulu in running our Rail Operations Center in Pearl City.

The information technology teams both at the City and at HART worked tirelessly to get staff members up and running with remote working capabilities. Soon, more than 80% of our staff was able to work from home, and that greatly aided our ability to practice physical distancing in the office.

In the field, we also had to pay particular attention to job-site safety. Construction work takes place outdoors and involves workers in the various trades who already use personal protective equipment.

Our safety and construction management teams were able to work with both the contractors and the labor unions to introduce additional PPE gear, such as face masks, to each worker’s supply. HART distributed safe working guidelines for construction and mandated the guidelines be disseminated to work crews.

As an additional step, HART’s safety team instituted a daily check list for use on the job site, and a team of HART safety observers continue to make regular rounds in auditing compliance with the safe working guidelines. The guidelines include compliance with physical distancing requirements, mask-wearing, availability of hand sanitizer stations and hand washing, and training.

The HART team has made 2,000 individual observations to date and the record shows a 96% compliance rate.

Keeping staffs safe both in the office and in the field was critical.

So construction of the guideway near the airport continues to be strong. Crews are completing the work on the stations on the Ewa end of the project. Workers are also relocating utilities through Kalihi, downtown, and in the Ala Moana area, all during this raging pandemic.

The good news too is that the cost of the work for the project remains within the Federal Transit Administration approved budget, which is more stable than ever before. To date, COVID-19 has not changed that fact.

HART and its partners constructing the Honolulu rail transit system are committed to keeping all project participants safe, which contributes to our mission of delivering a world-class rail system to the people of Oahu and Hawaii. 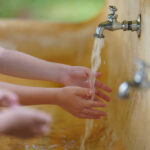 Andrew Robbins is the executive director and CEO of the Honolulu Authority for Rapid Transportation, a position he has held since September of 2017.

Look up the job announcement for HART auditor. It has been unfilled for a very, very long time. Qualifications are so narrowly focused so that only a prior HART auditor can qualify. So basically, they have used HR to block an auditor.

Everything is rosy with rail, so much that it doesn't matter if it's a decade behind schedule and over three times the original budget. Doesn't even matter if taxpayers will be on the hook for a lifetime, or that every promise both mayors, Mufi and Kirk made have been not just broken, but shattered with lies. Logically, there is nothing of substance positive about rail to date, but yet here we have it's newest cheerleader and CEO, Andrew Rob-ins trying to convince us otherwise. COVID-19 has given us more reason to reassess this failure. With nation wide mass transit ridership down ( probably for good), driverless ride share already an option and the biggest game changer, work from home options, commuting and traffic is no longer a necessity. As clear a futuristic picture as this paints for rail being terminated, HART remains intent to push on in the face of obsolescence even before completion. Illogical for the project and to taxpayers responsible.

The best part is: the ~436000 people who don't live on Oahu also get to pay "their fair share" (about $3B) towards construction of a rail system that doesn't serve 2% of their population.