Prison officials have allowed women who were bumped from the successful reintegration program to go back as lawmakers found a way to restore funding. 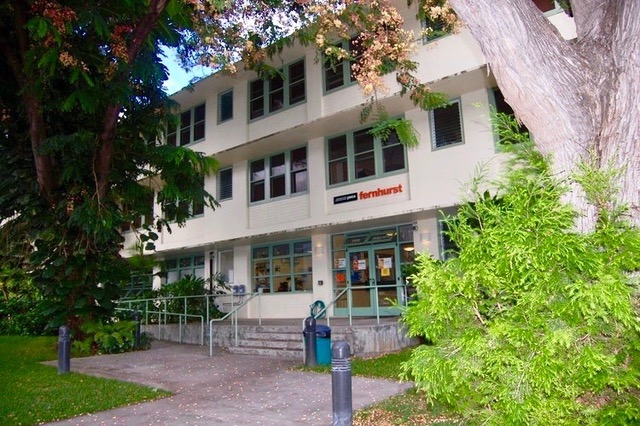 The Department of Public Safety on Wednesday returned six women inmates to the YWCA’s community-based work furlough program in Makiki.

“Seeing the six women walk back into Fernhurst was a joyous occasion for all of us,” YWCA Oahu CEO Noriko Namiki said in an emailed statement.

The women had all been successfully advancing in the program at the Y’s Fernhurst residence until a week ago, when DPS took them back to the Women’s Correctional Center in Kailua. The move signaled the end of the prison’s contract to fund the furlough program with the YWCA of Oahu.

Public Safety Director Nolan Espinda told the YWCA earlier this month his department was facing  a budget shortfall of $17.9 million and could no longer afford to keep the women inmates at Fernhurst.

He said he hoped to resume the contract in the future but in the meantime the women inmates would be enrolled instead in a furlough program called Bridge, but inside the prison.

At the time 11 women inmates were successfully progressing in the community work furlough program at Fernhurst.

The YWCA was able to transfer five of them into another Fernhurst program but the remaining six  inmates were taken back to prison.

The women who were re-incarcerated were stunned by the setback.

Three of them had already found jobs in the community and the other three were in the process of applying for jobs.

One of women inmates said in a video the YWCA posted on Facebook: “It is heartbreaking. We worked so hard to accomplish what we accomplished. We feel like it has been ripped from us through no fault of our own. I never ever thought I would be back in prison again.”

On Monday, lawmakers announced that they had found a way to restore the YWCA’s program at Fernhurst by moving money from another part of the public safety department’s budget. A bill is progressing through the Legislature to make that happen.

House Speaker Scott Saiki called saving the Fernhurst program “a no brainer,” citing the program’s proven success in helping women gain the skills and the intention to remain out of prison.

Over the last five years, the YWCA has served almost 200 women inmates at Fernhurst with about 80% of the prisoners completing the program. Of the successful graduates, 84% have remained out of prison.

“With the restoration of this valuable program by lawmakers, we were able to quickly return the women to Fernhurst,” DPS spokeswoman Toni Schwartz said in an emailed statement.  “We appreciate the House of Representatives’ initiative for the community-based furlough program for women. Moving forward, we await the legislative process and will follow through with the intent of the legislation. We value our relationship with the YWCA of Oahu, and the mission we share of ensuring successful reentry for this population.” 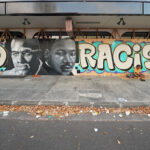 Learn About, Teach About And Confront Racism

This is indeed a heartwarming story. I live near Fernhurst and it does great work. Now if our legislature and governor would help our renters, unemployed workers, low income women in need of family planning, elderly people without family help, non-native speakers of English, and all of the other people in our state who are desperately in need of services. Community organizations and volunteers have done heroic work these past few weeks; now it's time for state government to get everyone back on safer ground.

Thank you for staying on top of this, Denby. Without news reporting, this may not have been resolved happily.

Sad state of governance when the public has to have the conscience to do what is right. The people we elect are meant to reflect the beliefs of the public. When they run for their positions they make their promises to do what is right. In this incident they did what was right to correct the misdeed. It tends to prioritize the adjusting of budgets over the success of programs. So, what was the dialogue between Igeâs administration and Espinda?  Any reprimand for causing needless duress?  Did Espinda go to bat to keep the Fernhurst program afloat?  Is it time to retire?