Denby Fawcett: Tourists Could Soon Have To Pay More To Visit Hawaii Parks

But residents will be able to enter and park for free under a state plan awaiting final approval. 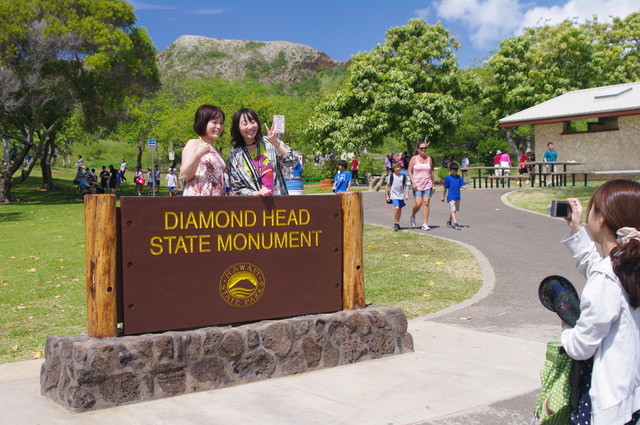 The State Parks Division is on the verge of imposing its first fee hikes in 20 years for entering and parking in state parks.

But the increases will be for tourists only. Local residents will get into state parks for free.

Diamond Head has been the only one of the eight parks to charge local residents an entrance fee.

Members of the Hawaii Board of Land and Natural Resources adopted the fee hikes and residents weighed in with written testimony at a virtual public hearing on July 6. Now all that’s needed is the formality of a final review by the board and the governor’s signature.

Alan Carpenter expects the new higher fees to go into effect by the end of August. Carpenter is the assistant administrator of the State Parks Division.

“Revenue from higher fees will allow us to invest in improvements at the parks and better management to provide a higher quality experience for everyone,” he said in an interview.

In the past, local residents have had to pay an entry fee at only one state park: the Diamond Head State Monument. But under the new fee schedule, residents will be able to enter and park at Diamond Head for free.

Before the pandemic, Kapiolani Community College instructor Tom Moore hiked to the Diamond Head summit every day.  He said he’s awaiting the reopening of the crater — although that’s not yet announced — and he’s glad the entry fee will be eliminated for locals.

“I think it will work out well. My only concern is Diamond Head with free entry might become overrun with residents,” Moore said.

Tourists entering Diamond Head when it reopens will experience a 500% entry fee increase.

That sounds like a lot but the entry fee now for the famous crater is low — $1 per person for walk-in residents and tourists alike.

Under the new fee schedule, tourists arriving at Diamond will pay $5 per person to enter by foot and if they drive in the new fee will be $10 per car. The current price per car to park inside is $5 per car for both tourists and residents.

With the new schedule, local residents will be able to drive in for free.

Kahala resident Susan Spangler, a community advocate for the protection of Diamond Head for almost 30 years and a member of the Diamond Head Citizens’ Advisory Committee, thinks the fee hike for out-of-towners is too high.

“It is too drastic a move. It’s really a big jump in price,” Spangler said. “The state is going to ice itself out of business. It is a shoddy way to treat the tourists who have supported our economy.”

However, Carpenter says the fees at Hawaii’s  parks even with the price hikes are among the lowest in the nation.

The fee hikes for tourists will be the same at all eight state parks now charging visitors to enter.

Tour buses and vans coming into state parks will also be charged more. Small vans will have to pay $25, medium sized vans, $50 and the large tour buses with 26 or more passengers will be charged $90. That’s slightly more than double what the tour companies currently pay.

Carpenter says it may seem odd to be jacking up the fees on out-of-state visitors during the pandemic when tourism has dropped to practically zero. But he says the fee hikes for state parks were under discussion for a long time before the COVID-19 crisis.

“We are looking at the increased fees for the future, although we don’t know what the future holds now,” he said. “This pause in visitor arrivals could be only a temporary blip with visitors starting to come back in the large numbers they were before. Although I personally hope not,” he said.

Carpenter says, “I think the whole world now is rethinking about how to better manage tourism.”

He said that besides the entry fee hikes, the State Parks Division is also looking at requiring advanced reservations and prepayment to enter some state parks, as it did successfully after working with the local community last June at Haena State Park on Kauai.

After requiring prepaid advanced reservations to Haena, the tourist hordes that had been infuriating local residents in pre-COVID times dropped from 2,000 visitors a day to a manageable 650 each day.

Carpenter says the next state park expected to institute this new prepay, advance reservation model is Wainapanapa State Park in Hana on Maui.

Maui Sen. J. Kalani English is the main proponent of a more carefully regulated tourism model for Hana, a small rural community that before COVID-19 was overrun by hundreds and hundreds of cars squeezing through its narrow roadways.

Carpenter says besides prepaid reservations and higher park fees for Wainapanapa, English is working with the state to find a way to limit the number of cars on the road to Hana.

Carpenter says the door is now open for other state parks to impose entry fees on tourists but that will require separate approval by the State Land Board. 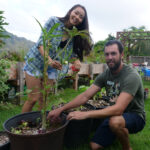 The Pandemic Is Changing How Hawaii Gets Its Food

What tourist???? What Tourist????  We are shut down and there are mumblings of taking this to the end of the year.  Who gonna pay those new taxes?  So many people without jobs, no solutions to helping unemployed.  Our economy has been destroyed and there isn't a light at the end of the tunnel.  No tourist to sustain a visitor based economy.

So now the plan is to make tourists pay. Do you have a plan for local ID too? Ridiculous. Hawaii has a tourist based economy, and as soon as Covid is over and visitors start to return, all this nonsense will cease. The plan assumes Hawaii is an economy unto itself, and that is definitely not the case.  Besides that, before long, word will get out that Hawaii wants to scalp tourists and they'll stop visiting all together. You'll be left to "suck wind."

This sounds way too reasonable for DLNR?!  Kuddos to them for sensible and practical plan to help manage our parks better.  I hope their is some accountability with the increased fee revenue to make sure the money goes directly back into the parks for infrastructure improvements and beautification projects.