A desire for new blood felled or threatened political veterans and fueled the campaigns of hungry newcomers, all under a new system of voting. 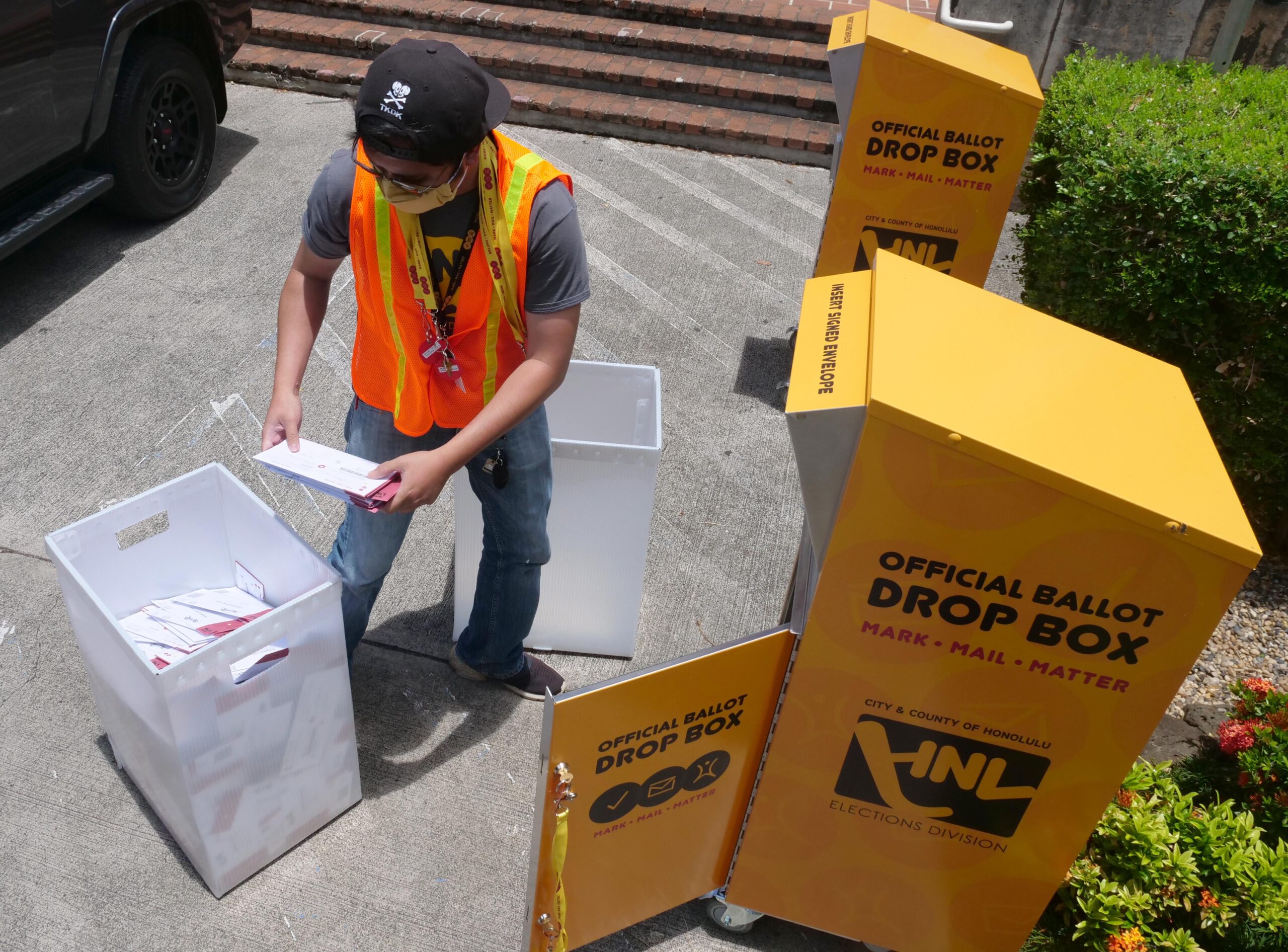 If Kim Coco Iwamoto had picked up just 163 more votes, the Hawaii House of Representatives would be looking for a new speaker.

In fact, 651 people voting in District 26 left their ballots blank.

Still, Scott Saiki squeaked by, so he will presumably continue to lead his chamber as well as co-chair the special committee on COVID-19, also known as “the committee to save Hawaii,” as the Ige administration has struggled to articulate a way forward.

But Saiki, who has rarely faced serious electoral competition, is a wounded warrior.

What happened in Saturday’s primary surprised a lot of people, including members of the punditocracy like myself. The results suggest that Hawaii is looking for new leadership in a time of multiple crises, yet still broadly supports many elected officials who were easily reelected.

While some big mango carts were upset, there was much continuity. The biggest takeaway is that Hawaii’s first vote-by-mail election will forever change how elections are conducted.

First-time candidates Rick Blangiardi and Keith Amemiya bested three well-known, experienced political figures. At this point in their careers, it’s hard to see how two of those people — Colleen Hanabusa and Mufi Hannemann — ever vie for elective office again. They’ve just lost too many races.

To be sure, while Blangiardi and Amemiya have business backgrounds, neither can be considered naive when it comes to Hawaii politics. They’ve been around, and they know a lot of important people. Look no farther than their campaign contributions.

Also, concerted efforts from a super PAC to smear Amemiya appear to have backfired. But we’ve hardly seen the last of such kinds of politics.

That’s a tough loss for Kim, who has led the county through storms, volcanoes, protests and the coronavirus. It seems he will now ride off in the sunset, no doubt wearing his blue jeans.

Both primary races drew candidates that numbered in the double-digits, which means a whole lot of people voted for someone else besides the front-finishers. These are brand new races.

New Blood In The Legislature

Romy Cachola was first elected to the state House in 1984, the year “Amadeus” won best picture, and later served on the Honolulu City Council before going back to the House. He is the epitome of a career politician who has managed to turn back challenger after challenger year after year.

Not this year. Sonny Ganaden, an attorney and community activist, crushed Cachola after losing a close and contested contest just two years ago.

The reelection rate for legislative incumbents is very high in the islands, but Tom Brower lost his District 22 seat to the fresh-faced newcomer Adrian Tam, whose campaign slogan is “People Over Politics.”

Brower, never among the top leaders in the House, nonetheless has been in office since 2006 (the year “Big Momma’s House 2” was released) and has garnered more than his share of headlines (see: “sledgehammer” plus “shopping cart”).

But let’s be clear: While there are still a number of general election matchups awaiting us, much of the makeup of the Legislature will remain little changed come November.

Two House members, Chris Lee and Joy San Buenaventura, will likely be moving into the Senate.

And, while just under one-third of Hawaii’s electorate tends to lean Republican in presidential elections, the local party still struggles to gain traction down-ballot. More than 306,000 primary voters selected the Democratic ballot in Saturday’s primary compared to just 79,000 who went for the GOP candidates.

One uncertainty: Hawaiian activist Walter Ritte lost by just 92 votes to fellow Democrat Rep. Lynn DeCoite. A new state law requires a recount for races with a margin of victory less than 0.25% of turnout or 100 votes.

As for the introduction of a new political party, Aloha Aina, and renewed political activity inspired by the TMT protests, we will have to wait until November to measure their effectiveness.

Even with new blood circulating in the primary and the rejection of veteran pols, the election also saw a familiar pattern repeated: the return of former politicians.

Kim Coco Iwamoto, you will recall, is a former Board of Education member who unsuccessfully ran for state Senate and lieutenant governor.

Andria Tupola, the former GOP legislator and unsuccessful candidate for governor, will now serve on the Honolulu City Council. Same goes for Democrat Calvin Say, the former speaker who was first elected to the state House the year “Star Wars” was released.

Will Espero, former legislator and unsuccessful candidate for Congress and LG, faces professional funny guy Augie T in a Council runoff. Same goes for Esther Kiaaina, a former congressional staffer and failed candidate for the Office of Hawaiian Affairs and Congress. She faces Greg Thielen of the fabled Thielen clan. And Matt LoPresti is laying claim to his former House seat.

Speaking of OHA: In yet another familiar and unfortunate trend, two of the agency’s primary races saw 55% of ballots left blank and the other two saw 45% left blank, even though non-Hawaiians can both run for OHA and vote for its candidates.

Perhaps the biggest takeaway from the 2020 primary is that voting by mail is a success.

There are as of yet no reports of fraud or technical failures, and leaders across the state are ecstatic about the 51.1% percent turnout. It was a measly 38.6% in the 2018 primary and 34.8% two years before that.

For those watching Hawaii News Now in the minutes before and after the closure of the drop boxes at Honolulu Hale at 7 p.m., it was encouraging to see last-minute voters rushing to get their ballots in.

But let’s put this in perspective: Out of the 795,248 voters registered this year statewide, nearly half did not vote. Out of a state population of 1.4 million, it’s obvious that a whole lot of eligible adult residents don’t even bother to sign up.

What the 2020 primary especially tells us is that our campaigns are forever changed. In many ways, with ballots mailed out as early as mid-July, the primary season is barely six weeks long.

That has major repercussions for polling, fundraising, advertising, canvassing, debates and endorsements.

Why, for example, spend big money on TV advertisements after many voters have already voted?

Is it necessary to sign-wave on street corners in the final stretch of the campaign, or to participate in political forums?

Even election results were delivered differently — in two electronic printouts rather than four, with a final coming Sunday. Oahu’s final results were delayed until nearly noon until an unexpected additional 18,000 ballots could be processed.

Other changes to our elections may be temporary.

Because of COVID-19, candidates and their supporters could not go door to door and had to wear masks in public. Debates and candidate forums were restricted for social distancing, sometimes resulting in tech-challenged Zoom conferences. And candidates and parties canceled primary night celebrations.

Primary 2020 is now history. But it is also historic. 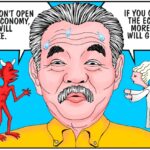 John Pritchett: What's A Poor Governor To Do?

If we had ranked voting, we could have skipped all the runoffs.  In fact these non-partisan elections could then take place in November when they should.

Just one issue with this very thorough report: You suggest that out of a population of 1.4 million, 800,000 registered to vote is not great. Please remember that that 1.4 million people include children and resident aliens (and, theoretically, undocumented aliens, too). 800,000 sounds pretty good. And, sorry to sound like Pollyanna, but over 50% participation in a primary sounds pretty good, too, especially with no presidential, gubernatorial, or senate races on the ballot, and --no offense--no real contest for congress, either.

For the OHA races, mahalo to non-Hawaiians who did not vote, respecting the voices of Native Hawaiians in choosing their leaders.  On the other hand, for those non-Hawaiians who did vote, maika'i, but I hope you did your homework by at least watching OHA candidate forums and reading their candidate statements.  BTW, interesting for the Molokai Trustee race, residents gave their majority votes to Colette Machado, but when the rest of the state voted, Luana Alapa took the lead.  Likewise on Hawaii island, residents voted for Lanakila Manquil first and Keola Lindsey second; but when the rest of the state voted, it was Keola first and Lanakila second.  Either way, I am happy that we have great Native Hawaiians running.