Danny De Gracia: Hawaii Governor Is Failing To Lead Just When We…

Danny De Gracia: Hawaii Governor Is Failing To Lead Just When We Need Him Most

This is the worst and most dangerous time to have uncertain, inarticulate and wishy-washy leadership. 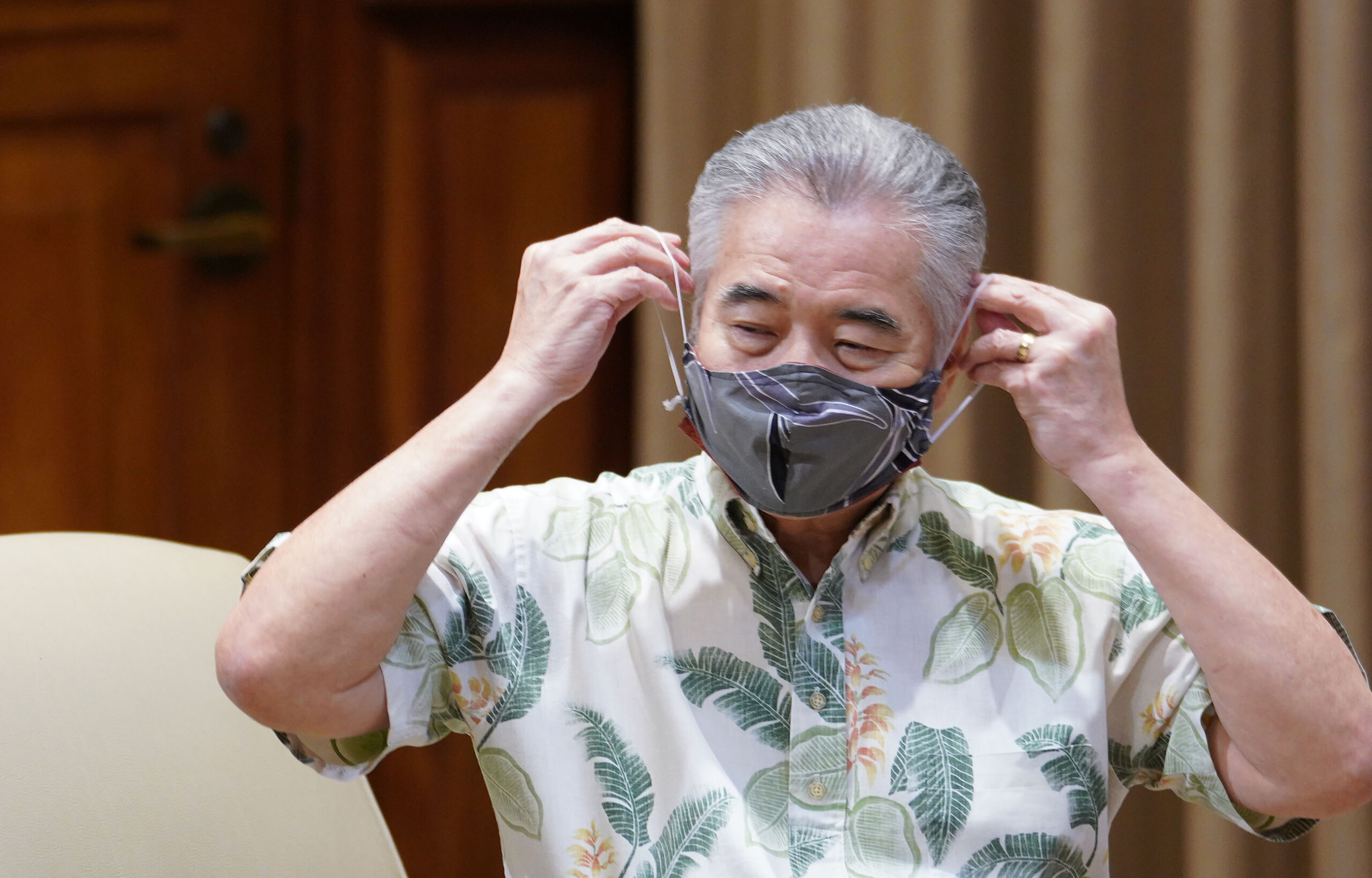 As the daily number of new COVID-19 cases on Oahu continues to rise, Gov. David Ige is sorely lacking in credibility and has totally lost control of the narrative on the pandemic.

What can only be described as a public relations coup d’état is currently taking place before our very eyes against the Ige administration over the pandemic. Not content with taking Ige’s ongoing assurances at face value, earlier this month state senators on the COVID-19 task force did a surprise walk-in to the Department of Health with Hawaii News Now to document their visit. Instead of assuaging their concerns, Ige made the situation worse by rebuking the senate for showing up unannounced.

Then, last week, former Democratic presidential candidate and outgoing member of Congress Tulsi Gabbard used her federal office to showcase a contact tracer whistleblower’s harrowing testimony of COVID-19 cases overwhelming her team. Gabbard, who for months has been regularly holding constituent conference calls to update residents on the pandemic, has also been one of the most hawkish members of the congressional delegation, going so far as to slam the administration for “gross negligence.”

Hawaii Gov. David Ige is proving to be ill-prepared to lead the state in one of the worst crises it’s ever faced.

Two of the state’s largest public unions, the Hawaii State Teachers Association and the Hawaii Government Employees Association, also continue to hammer Ige over his handling of the occupational safety of their members and insufficient effort to stop COVID-19.

HSTA isn’t at all persuaded that schools are ready to reopen with numbers as high as they are, and even went so far last week as to tell members to put on funeral black garments to symbolize “what will happen if students and teachers meet in-person on campuses Monday and beyond.”

Worst of all, some Hawaii residents and tourists alike seem to be unconvinced of the science behind social distancing, refraining from large groups and consistent use of masks, resulting in large infection clusters all across Oahu.

In this sense, Ige’s handling of the COVID-19 crisis is more than vaguely reminiscent of his handling of the Thirty Meter Telescope crisis. Ige’s lack of credibility has once more emboldened people to defy government orders without fear of punishment, divided state against county government, and allowed wild conspiracy theories to become entrenched among the population.

In moments of great crisis, leaders often emerge throughout history to work a problem through to a solution. What usually defines a great leader is that they possess the power to unite people and inspire cooperation and perseverance.

The problem we have right now is not that the coronavirus is so powerful, but that Gov. Ige is so incompetent.

One may not like the leaders who serve during moments of peril, but men and women who rise to the occasion are followed because even critics understand they have the credibility and vision to lead. We see the exact opposite with Gov. Ige, who has a government and populace at odds with him and has always seemed ill-fitted for executive leadership — more of a programmatic personality better off leading a deliberative Senate committee.

Morning Consult, which tracks the approval rating of governors across the nation, even recently ranked Gov. David Ige as the most unpopular governor in the nation.

Yes, the previous governor, Neil Abercrombie, upset many people with his decisions and many Hawaii voters were looking for a nice guy who didn’t rock the boat. Ige’s soft-spoken, shy personality understandably looked like a safe choice to some Democratic primary voters. But playing it safe produces peacetime leaders, not wartime leaders, and make no mistake, the fight to survive against the novel coronavirus is a war for the survival of our very way of life.

Ige caught a lucky break during the early years of his administration. Most of the problems Ige faced could be handled by delegation to subject matter experts and trusted organizations. When it came to health crises, local problems like the Zika virus outbreak were easily dealt with and Ige was able to look good because that was a problem that the government had trained and prepared for.

And then things started to snowball for Ige when command, control, and communications broke down during the tense North Korean missile crisis and a false alert went out to Hawaii residents telling them that they were under attack. Ige delayed in setting hearts at ease (likely not because of a lost password, but because he needed time to conference) so Rep. Gabbard and others jumped in to fill his vacuum.

We saw this pattern happen again with the TMT, and then again with COVID-19. The problem we have right now is not that the coronavirus is so powerful, but that Gov. Ige is so incompetent.

The public is tired of hearing a new excuse every time COVID-19 numbers increase. Public unions are angry at working without hazard pay and being sent into a viral hot zone. The Legislature is agitated over what looks like chaos being re-branded as a plan. This is the worst and most dangerous time to have uncertain, inarticulate and wishy-washy leadership.

If Gov. Ige wants to stop “heading in the wrong direction” as he has suggested, then he needs to show leadership by example. From now on, Ige needs to be tough and competent. When in command, command.

If people are not wearing masks or social distancing, then he needs to go out in the community personally and make the case for that. If the Legislature is not persuaded that appropriate steps are being taken, then personally reach into the process and fix it as governor. And if we need more federal assistance to help save Hawaii’s future, then Ige needs to be seen in Washington making that case for our state.

Gov. Ige, Hawaii’s eyes are on you. Lead, follow, or get out of the way. 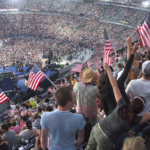 Governor Ige was already an ineffective leader before COVID-19. His inability, indecisiveness, lack of communication and leadership skills are magnified during this unprecedented time. He should put his ego aside and do whatâs best for the people of Hawaii. Heâs already shown that he doesnât like to be outshined, and prefers to keep those who arenât doing their jobs or their best to keep Hawaiiâs people safe (Bruce Anderson, Sarah Park,  Nolan Espinosa, Christina Kishimoto). Thank goodness for Lt. Governor Green and Dr. Miscovich for taking the reins and for their tireless efforts emerging as leaders who genuinely care in keepIng Hawaii safe and informed. Thank you also to U.S. Rep Gabbard, HSTAâs Mr. Rosenlee, Senator Kouchi and his group for keeping Governor Ige accountable. Governor Ige complained about their  "unannounced" visit to DOH. Really? He should stay focused on the health, safety, numbers, and constant challenges the people of Hawaii are facing with COVID-19.

Have any news agencies or reporters made any attempt to reach Ige for any comment or update?? There has been A LOT of things going on in the past several days and it would be assuring to the public that our governor, and the media for that matter, are doing their job. We haven't heard a peep since Friday, aside from writing a stern letter to the Senate about exposing all of this.

I don't 100% agree with how Ige handles some issues. However,  We all have to remember that this is the first time in a long time any government has to deal with something like this. Its all about trial and error at this point. Plus, why set rules and mandates that people want when people dont follow anyway. I agree that it can be handled better by Ige and his people,  but it's not worth anything unless the public complies. So really its not all him. It's the responsibility of the people too.