Denby Fawcett: Iolani Palace Is Getting Rid Of Thousands Of Bees

The bees will be relocated to a farm in Waimanalo as part of a major project that also includes restoration of the Coronation Pavilion. 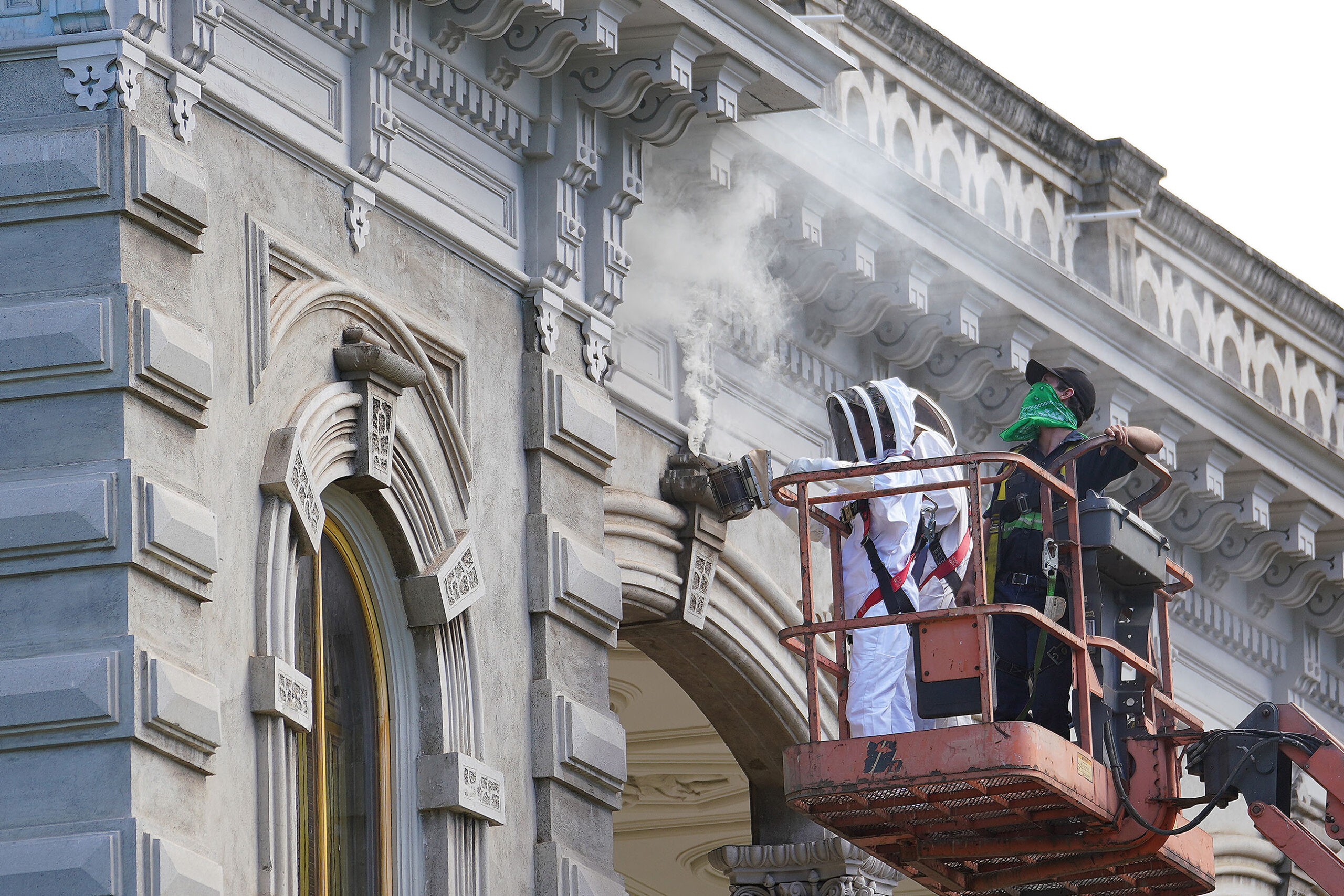 The Hawaii Tourism Authority has come through with $290,000 from its own budget to help Iolani Palace fix its deteriorating Coronation Pavilion and get rid of the dangerous feral bees infesting the palace.

Thousands of bees have entered through holes in the upper walls of the palace to make their homes in as many as five hives. These are outer walls so the bees have not entered the palace proper.

But the seriousness of the bee problem became evident last September when a swarm of bees attacked a 32-year-old man outside, stinging him multiple times on the face, head and upper body, and sending him to the hospital.

Palace security guard Bo Kanekoa was stung nine times when he went to rescue the man.

The aggressive German black bees had swarmed from a hive on the Ewa wall of the Palace.

During that same day in September, the bees attacked two Japanese tourists and another museum security staffer and a couple of the museum’s docents.

The state brought in an extermination company to capture and kill the stinging bees.

“We were fortunate nobody was allergic to bees from that attack. All of the people who were stung recovered,” said Paula Akana, executive director of the Friends of Iolani Palace.

Iolani Palace is the only official royal palace in the United States. It is owned by the state but maintained and operated by the nonprofit Friends of Iolani Palace.

During the initial bee removal project, there was not enough money to do the needed but much more expensive relocation of up to five more hives burrowed deeper in the uppermost reaches of the historic building. That is until the HTA came to the rescue with funding.

The palace has hired a company called Beelieve Hawaii at a cost of $10,000 to cut into the palace structure to remove the hives and relocate all the bees to a farm in Waimanalo.

After the bees are removed, Constructors Hawaii has been hired at a cost of about $80,000 to make historically accurate repairs to seal up the palace walls that are cut during the bee removal.

“We have to get rid of the bees. They had become a serious health and safety issue. But we are excited that we can save their lives,” said Akana.

Noelani Ah Yuen, the palace’s director of facilities, says bees have been making their homes in Iolani Palace’s outer walls for more than 30 years.

Just by going about their normal business, the bees are also a problem because they have damaged parts of the building.

“The bees create humidity with their bodies,” says architect Glenn Mason. “They fill an area with moist material, their honey, that’s causing deterioration of the wood in the structure. But the primary driver with the relocation is to protect the public. The hives are getting bigger and bigger. The more bees, the more likely it is someone is going to get stung.”

Mason is standing by during the beehive relocations to insure the historic integrity of the building is preserved when the walls are sealed back up.

Jasmine Joy, owner of Beelieve Hawaii, is doing bee relocation with her business partner Elko Evans, working from a lift to hoist them up about 50 feet on the sides of the palace.

After cutting into the palace walls at the site of each hive, the bees are calmed with smoke and the guard bees protecting the hive’s queen are vacuumed, live, into a bin.

“The hives are getting bigger and bigger. The more bees, the more likely it is someone is going to get stung.” — Architect Glenn Mason

Joy then cuts through the honeycomb of each hive to get to its queen, which is usually laying eggs at the center of the hive.

The queen is put into a little cage called a bee clip. Many of the bees not held in the vacuum bin will then follow the queen into a hive box.

Joy says no bee will be left behind.

Each of the hive boxes taken from the structure will be carried to a quiet place on the palace grounds, where it will stay until the end of the three- or four-day project when all the bees will be taken to a new permanent home at Evans’ Waimanalo farm.

“We need as many bees as possible. It is important to save them and not kill them,” said Joy.

Honeybees are responsible for pollinating the majority of the food crops in the islands. And they are the key players in Hawaii’s thriving honey industry.

Since 1908, it has been illegal to bring any bee, dead or alive, into Hawaii to prevent the spread of bee diseases. Illegal bee importation is subject to a felony charge and up to $200,000 in fines.

But despite the state’s strict laws, a dangerous parasite, the varroa mite, was accidentally introduced into Oahu in 2007 and Hawaii island a year later. And in 2010, another hive invader called the small hive beetle was detected on Oahu and the Big Island.

Hawaii’s Plant Industry Division has instituted quarantines to prevent the bee parasites from moving to the islands that are parasite free and it also offers information to help beekeepers stay up to date on the latest treatments to kill the destructive insects when they appear.

Joy says part of her company’s mission is to rescue and rehabilitate any beehive it can as well as educate the public about the importance of bees to make sure healthy ones are protected.

At the same time the bee removal project is going on at Iolani Palace, workers from Constructors Hawaii will be working on restoring the deteriorating and unstable Coronation Pavilion on the palace grounds. It has been dangerously unusable for years.

It will be the first major restoration work on the pavilion in 35 years. Its concrete foundation is cracking, the railing and beams need to be repaired and upgrades made to its plumbing and electricity. Mason says the cost for work on the pavilion is about $183,000, which is also coming from the Hawaii Tourism Authority’s budget.

HTA’s Kalani Kaanaana says the projects to remove the bees and stabilize the coronation pavilion where deemed important enough to support with the authority’s money.

“Iolani Palace is a tangible, cultural, physical reminder of our history, offering many important lessons to share with Native Hawaiians, Hawaii’s residents, and beyond that, Hawaii’s visitors,” he said. 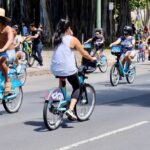 Biking In Honolulu Is On The Rise, And That’s A Good Thing

How is it that there are holes in "outer walls" that are big enough for multiple colonies of bees to come and go?  I do hope that some simple mitigation efforts to plug those holes are given first priority.

Please read my column. The bees now living at Iolani Palace are being relocated to a farm in Waimanalo. The goal is to save them and give them a new home and a new place of work. Their new home may not be as elegant or historic but it should be refreshing living in the country where there are many flowers and vegetables to pollinate.

I am APPALLED that these bees are being 'gotten rid of' - in other words, EXTERMINATED instead of captured and relocated. Has nobody at the Hawai'ian Tourism Agency - who donated the money to do this dirty work - heard of the crisis about bees happening all around the planet at this present time?! WE NEED BEES! Granted, not where they have nested in the walls of the palace, but in other places everywhere. Bee-exterminators will never explain there is another option because this is how their businesses make money. Knowing what we do about how badly bees are needed, I don't know how they sleep at night...