As more people turn to social media for news, social media pages need to take more responsibility for the information they share. 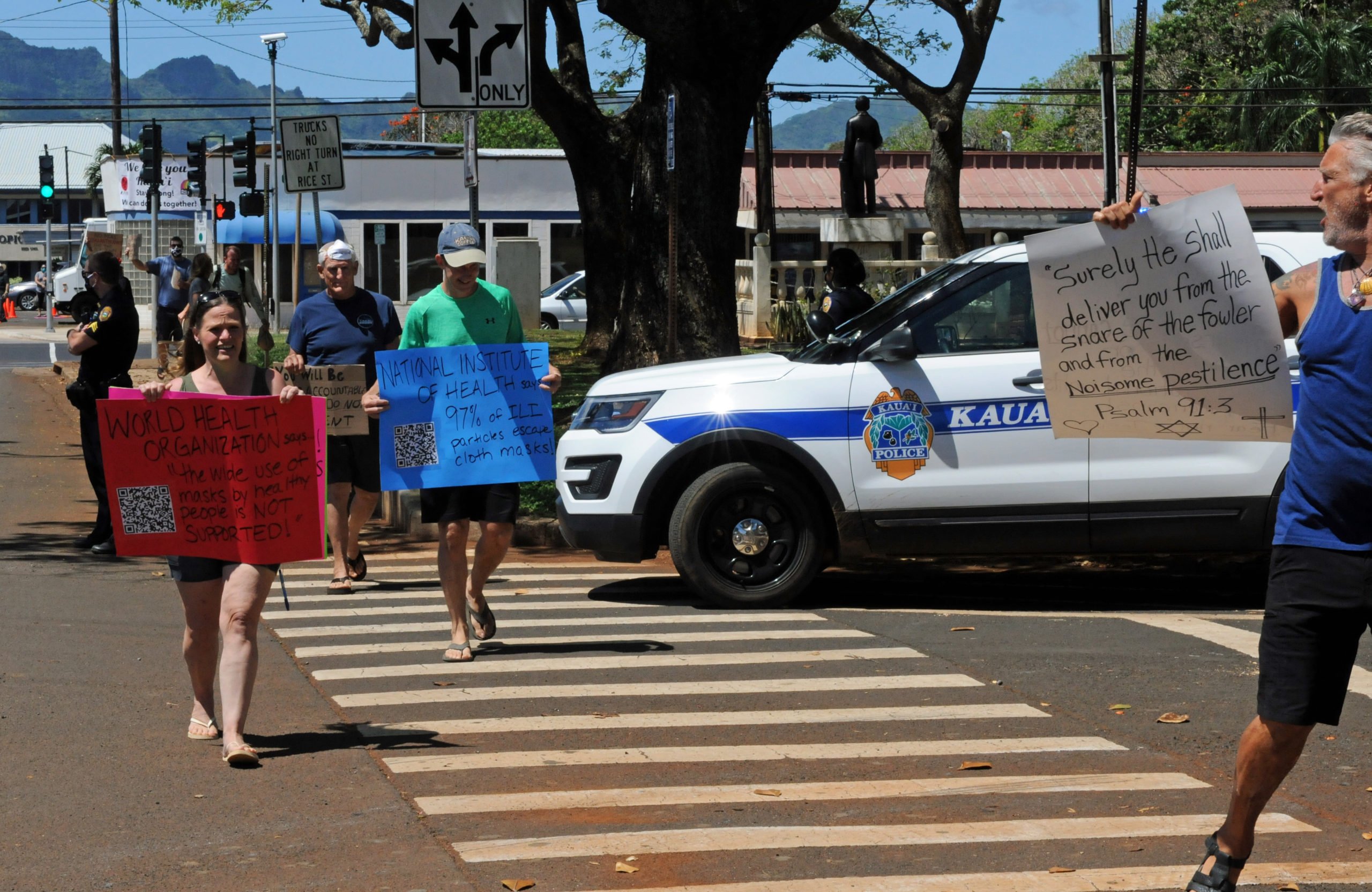 Over the weekend, popular local Instagram account hohungryhungryhawaiian posted a petition to “end mandatory masks in Hawaii” with the caption “DM me if you need the link. #endmaskwearing.”

The post was quickly deleted after the comment section erupted in arguments, but not before a large chunk of the account’s 217,000-plus followers saw what looked like an endorsement of America’s whiniest, most embarrassing response to a global pandemic that has killed 160,000 Americans and 700,000 people worldwide.

The next day, hohungryhungryhawaiian posted a picture – no caption – from Waianae Coast Comprehensive Health Center about why people should wear masks. “Too much backlash ah,” one commenter said, to which HHHH responded, “just posting all sides.”

Numerous similar comments were met with the same response: HHHH was just playing it down the middle, presenting both sides of a controversial issue.

Such a response, to be sure, is toweringly stupid, but also unfortunately commonplace. It’s an example of a fallacious platitude disguised as conventional wisdom that maintains truth lies somewhere in the middle of opposing sides, no matter the dispute.

Indeed, if some people say the moon is made of rock and others say it’s made of cheese – a debate as valid as whether or not people should wear masks to prevent the transmission of an airborne virus – then surely reasonable people can conclude that the moon is made of some sort of cheesy rock. Just posting all sides here.

I understand the confusion over masks. In the early stages of the pandemic, both the federal Centers for Disease Control and Prevention and the World Health Organization said they weren’t necessary. Then they reversed their positions.

This is genuinely frustrating, especially since everyone can agree that wearing a mask is no fun. There were specific reasons for the change – namely the very legitimate fear that there wouldn’t be enough masks for health care workers – but broadly, that’s how science works: things change as we learn more information. There is no doubt that masks work.

Masks aren’t perfect, nor are they the only way to help halt the spread of COVID-19. But in a country with an absurd and predatory health care system and a social safety net that’s really more of a cobweb, it’s one of the easiest, most affordable and most effective measures people can take.

As disconcerting as the anti-mask sentiment in this country is, I’m more concerned about vigilante “journalists.” Though I’ve singled out HHHH, the Instagram account is not alone. A few months ago, MyKailua promoted an anti-mask protest in a now-deleted post. The page offered the same excuse that it was simply presenting both sides.

This type of unaccountable journalism is actively dumbing down the public. I imagine the response to that would be “we’re not journalists,” but functionally that’s not accurate. MyKailua calls itself “Kailua’s Trusted Source” in its IG bio.

Pages like MyKailua and hohungryhungryhawaiian present news to their followers, but lack the built-in mechanisms that hold traditional media accountable.

The fact that they can — and do — simply delete posts is evidence enough; actual journalists have to live with their bad reporting and would face professional consequences for trying to erase it. The loss of their credibility would not be salvaged with a pretty sunset picture and a shaka emoji.

That isn’t to say traditional outlets are perfect. They make mistakes and deserve criticism when they do. But with a trend of rising cases that disproportionately impacts Pacific Islanders in Hawaii and on the continent, presenting legitimate information is more critical than ever.

Legacy media at least tries to take this responsibility seriously, but as Instagram increasingly becomes a go-to source for news, the burden is particularly important for rogue reporting that is otherwise unaccountable to any institutional code of ethics.

When Instagram pages have tens or hundreds of thousands of followers, the hard reality is that a large portion of them will be low-information consumers.

Posting scenic photos, funny memes and goofy videos builds a sense of trust, like you’re talking story with your kolohe friend or fun-loving uncle over some beers in the garage. That’s what makes their activist and journalistic stances alarming – it all blends together seamlessly.

They’ve helped to pass out meals and masks to people in need during the pandemic. When they focus their influence in a positive direction, it’s one of the more redeeming examples of the power of social media.

But when those kinds of pages intersperse nostalgic pictures and positive community engagement with bogus conspiracy theories, there are real consequences.

Hawaii is fortunate to be in the position it’s in regarding the pandemic, even though the UH football team currently has more cases of COVID-19 than the nation of Taiwan. Our leadership has acted slowly and inadequately, but our geographic isolation has bailed us out.

Our state of 1.4 million people still sees more daily cases than South Korea, a nation with 36 times our population. But if our low numbers relative to the rest of America means weirdos will lean in to conspiracies, so be it. I’d rather that than a slew of deaths remove all doubts.

I’m not suggesting pages like hohungryhungryhawaiian should be banned or that people should stop following them. I still enjoy many of their posts. All I want is for them to be better, to understand the responsibility that comes with their reach.

If someone says it’s snowing in Honolulu and someone else says it’s not, they shouldn’t give both people a platform. Their job is to look outside and tell people what is actually happening. That’s what this guy did when he smoked a cigar, put on 10 masks and ran a kilometer in the summer heat to prove that masks won’t suffocate you.

Epidemiology is of course not as simple as whether or not it’s snowing in Honolulu, so please, leave it to the experts. Provide a platform for them to explain what’s happening instead of presenting yourself as an authority, then shruggingly refusing to take sides.

We already have enough authority figures excusing their inaction. Journalism – which is what pages like hohungryhungryhawaiian have chosen to participate in – is meant to hold those leaders to account, not emulate their spinelessness. 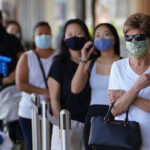 Public Health Is About All Of Us

"Misleading The Public" 1- Shutter all non essential economic activity2- Stay inside3- Covid can stay on surfaces for days4-Send them back to the nursing home5-We need more  ventilators and hospital beds6-Don't go to the hospital7-You don't need masks oh wait you do need them and they are mandatory8-Do all of this until there is a vaccine9-We need more of other people's money to recover from this ordealWake me up when we can have a real conversation about this.

Good thoughts, but I donât agree that mass media journalists are held accountable for their reporting and partake in spreading more disinformation than any of these social media sites. A great example is the protests, and how afterward there were stories claiming there was no proof that these protests spread the virus. This goes against basic common sense and if we were to look back at when the surge started here, it was within the incubation period right after our protests. Oh course this is not the only reason, but the flat out denial that this contributed to the spread is just false, and is as dangerous as mask deniers as I am sure people took false comfort in these reports and gathered outside. Look to the current order to not gather at beaches nor parks as further evidence of this misinformation. The media at large needs to stop pushing their agenda and get back to responsible fact, driven, non-censored reporting.

So how do we approach the bias in traditional news? The inflection in newscasters voices when they report on President Trump or former Vice President Biden... its readily evident when they show disdain for one or the other... depending on their own political bias... just another thought