Reflecting On Hiroshima, Nagasaki And RIMPAC

The drive toward war has continued unabated. Let’s stop that now. For good. 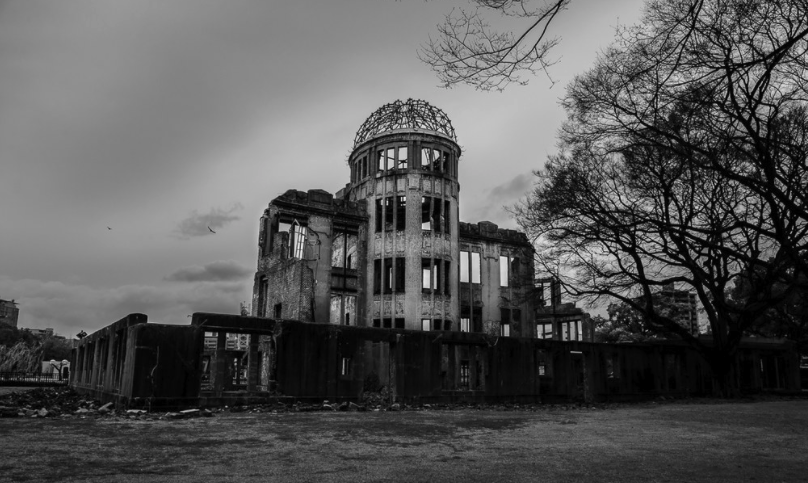 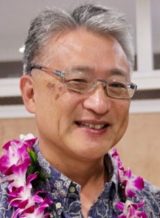 Seiji Yamada is a family physician practicing and teaching in Hawaii.

At 8:07 a.m. our phones buzzed with the emergency alert saying, “BALLISTIC MISSILE THREAT INBOUND TO HAWAII. SEEK IMMEDIATE SHELTER. THIS IS NOT A DRILL.”

Tensions had been high between the U.S. and North Korea. In September 2017 Donald Trump goaded Kim Jong-un, calling him “Little Rocket Man.” North Korea launched its latest missile in November 2017.

It seemed plausible that Hawaii might be the target of another surprise attack, another Pearl Harbor. We in Hawaii had a collective existential moment that Saturday.

As we approach 75 years since the use of atomic weapons on civilians in Hiroshima and Nagasaki, as we find our lives turned upside down by a pandemic, as we breathe after another hurricane — let us pause to reflect on what we can do about existential threats.

Both my parents’ families are from Hiroshima. On August 6, 1945, my father’s immediate family was scattered far enough from their home in the center of the city to survive.

My father, 13 years old then, was digging potatoes for the war effort. He was sufficiently impressed by the power of technology that he became a physicist, and he worked for Robert Rathbun Wilson, a former member of the Manhattan Project.

As a Quaker, Wilson objected to the planned use of the atomic bomb on civilians. Leo Szilard was the only other physicist to object.

The Manhattan Project involved the military, the scientists, the engineers, the trades, laborers — and was an industrial-scale undertaking. It was a secret weapons project to defeat Nazi Germany and Imperial Japan.

By August 1945, Germany had been defeated, and Japan was also already essentially defeated, its cities reduced to rubble. Harry Truman knew that, but so much had been spent on the Manhattan Project that return was needed for the investment. Dropping the atom bombs on Hiroshima and Nagasaki also demonstrated to the Soviet Union that the U.S. was going to dominate the world after World War II.

The justification that Japan would not have otherwise capitulated was a post-hoc rationalization.

The Manhattan Project had barely scraped together enough Uranium-235 for the “Little Boy” bomb dropped on Hiroshima, but there was high confidence that the gun-barrel design would work. The more complex implosion design of the “Fat Man” plutonium bomb dropped on Nagasaki, had been shown to be successful in the Trinity Test in Alamogordo, New Mexico on July 16, 1945.

If the demonstration of the destructive power of the atom bomb was the point, it had been amply made on August 6, 1945, with Hiroshima. Imperial Japan’s government hardly had time to understand what had happened there by August 9, the day of Nagasaki’s destruction. This makes Nagasaki a more serious crime against humanity than Hiroshima.

But by then the “manufacture of consent” propaganda system had made the extermination of Japanese the point of the war. How else to explain the thousand-plane air raid on Tokyo after its surrender?

My maternal grandfather was a physician. As a young communist, he escaped the Imperial Police and became a settler colonialist in Manchukuo, the puppet state that Japan had set up in Manchuria in the 1930s.

Harbin, in Manchukuo, was the site of the notorious Imperial Army Unit 703, which conducted human experimentation and the development of chemical and biological weapons on Chinese.

“The fury of the virus illustrates the folly of war.” — António Guterres, UN Secretary-General

At the end of the war, as Russian Cossacks invaded Manchuria, my mother’s family evacuated to Japan. My grandfather returned to Hiroshima and treated survivors of the atom bomb. He was practicing out of his home when I stayed there as a child. Digging holes in the sandy soil of his yard, I would come across charred roof tile.

Grandfather took me for walks around the city. He pointed out the shadow of a man at the footsteps of a bank. He would tell me, “We Japanese are for peace, for we know well the stupidity of war.”

The drive toward war has continued unabated with the Rim of the Pacific, the largest naval exercise in the world, taking place in the waters off Hawaii this month. While Hawaii achieved many days in May with zero new coronavirus cases, it never had the chance to attempt elimination in the way that New Zealand has.

Hawaii’s residents returned, tourists arrived under the quarantine regimen, and the military and their dependents are exempt from quarantine. Overall, the military releases few statistics about COVID-19 among its personnel.

On March 23, António Guterres, the Secretary-General of the United Nations, said, “The fury of the virus illustrates the folly of war. End the sickness of war and fight the disease that is ravaging our world.”

RIMPAC is happening this time. But it’s not too late to cancel it forever after this one. 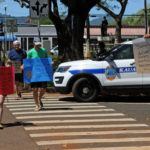 Seiji Yamada is a family physician practicing and teaching in Hawaii.

The author may be surprised to learn that Japan while technically disavows having nuclear weapons  many international nuclear experts agree that Japan has all the various components to quickly assemble nuclear missiles and other weaponry should it become necessary. In fact Japan was a world leader in nuclear research prior to WW2 and German scientists traveled there to gain expertise.

My mom's family came from nearby Kure which based a huge naval shipyard and was the target of major bombings by the US. Mom too was 13 in 1945.  Funny you should mention digging for potatoes - I asked mom to share her childhood experiences and that the one thing she shared. Dad was a Jewish man from New York City, he was stationed on nearby Etajima Island before deployment to Korea - he met mom in the winter of 1951.  First comes love, then comes marriage, then comes hapa boy - me - to write this story.Whenever the US tells the A bomb story, it starts with the Pearl Harbor sneak attack. Chicken or the egg. Either way its bad and sad. I agree with Chiquita, a visit to the Hiroshima Peace Center is a must, its a life changer.Here in the 808 we love to shaka each other to express aloha. In Japan its the peace sign. At first its corny until you find yourself doing it also. Its the perfect expression.I'll end with John and Yoko's message - all we are saying is give peace a chance.

RIMPAC is Old Navy trying to find a purpose. The chance of a Midway type conflict in the middle of the Pacific is highly unlikely. The Soviet Union Pacific fleet ships are rusting away at their piers in Vladivostok. Putin cares nothing for East Russia, and has bankrupted the Russian Navy. They aren't patrolling the Pacific, and haven't for many years. North Korea has virtually no deep ocean warships. China is building up a Navy, but history shows they have never engaged in a deep ocean naval battle, in 3000 years. Russia has one decrepit diesel aircraft carrier that needs a tug alongside in case it breaks down. China now has two diesel aircraft carriers, one from Russia surplus and one from local construction. The US has 13 nuclear aircraft Super-carriers, with battle groups including destroyers, frigates, supply ships, and  submarine escort. It is overkill to the max. But the US nuclear aircraft carrier has become vulnerable to ship killer missiles. They are from a past era.