We Have To Stop Buying Stuff - Honolulu Civil Beat

We Have To Stop Buying Stuff

The more humans consume, the more the planet is endangered. 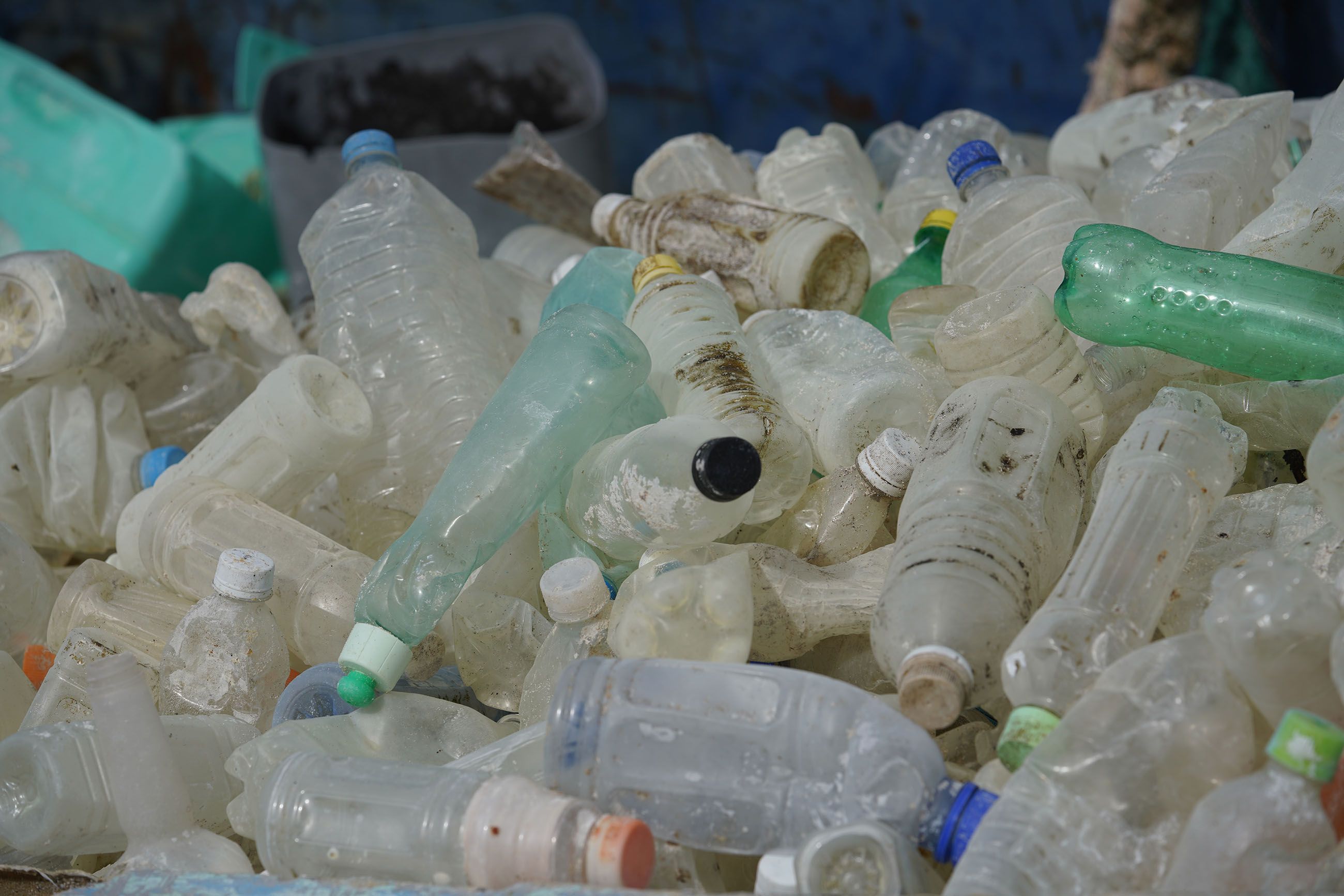 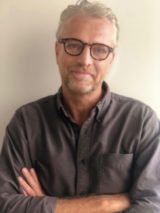 Anthony Aalto is co-founder and producer of Green Island Films.

If we want to save our way of life, each of us has to change the way we live. We have to take individual action.

That’s not always a popular thing to say.

I’m in the midst of producing a series of three films about the climate crisis in Hawaii. It focuses on how the crisis is impacting the islands and what individuals can do about it.

Some criticize this approach, echoing arguments made last year in USA Today: “A fixation on voluntary action alone takes the pressure off of the push for governmental policies to hold corporate polluters accountable.”

Oil companies caused more than 70% of all greenhouse emissions. They knew 40 years ago their product caused global heating, they hid the evidence, and they lied: they should pay the price.

And so they should. But even if governments and big corporations launch a massive decarbonization campaign, it won’t be enough to avert climate catastrophe.

Plastic bottles washed up at Papahanaumokuakea in 2018. The world is consuming itself to death.

It’s not a question of systemic versus individual action: it’s both. Because it’s not just about oil.

The food we eat, the clothes we wear, the houses we live in, the cars we drive, the appliances we use, are all made from depleting resources. Water, fish, trees, sand, soil — Earth itself — are all disappearing commodities. Disappearing with them are the world’s natural places and their diverse biology.

The Global Footprint Network estimates that if everyone lived as we do in America, we’d need five planet Earths.  The richest 10% of the planet (which includes pretty much everyone in Hawaii) is responsible for half the world’s emissions. The rest of the world wants, and has a right, to catch up to our standard of living. We have to change that to a sustainable standard.

Unfortunately, even after we revolutionize the way products are manufactured and shipped, the footprint from the sheer volume of our consumption can’t be offset without deeper change. We have to stop buying so much stuff, stop being a throwaway society, we have to change our culture. And that starts with the guy in the mirror.

Besides, individual action can be immensely powerful: if every American were to give up eating meat one day a week for example, it would be equivalent to taking 35 million cars off the road every year.

Meat production generates about 15% of all greenhouse gas emissions. But the feds aren’t about to regulate beef consumption. That’s on us.

Plastics is another example: 99% made from oil, coal and gas, their production emits millions of tons of greenhouse gases — and they continue to off-gas forever. On current trends the plastics industry will use ten percent of the planet’s entire remaining carbon budget to stay below the 1.5 degree tripwire.

Some plastics are essential, but fully 40% are single-use, mainly packaging, used for a few minutes by consumers then discarded to live-on in the environment, potentially for thousands of years. Businesses have vigorously resisted legislative efforts to get them to switch to eco-friendly packaging because, they say, we consumers won’t pay the price. Won’t we?

What about clothes? The average fast fashion item is worn fewer than six times. We toss 80 pounds of used clothing on average, every year.

Most of it — about 85 percent — ends up dumped in incinerators and landfills at a rate of one garbage truck every 30 seconds. And the fashion industry is responsible for 10% of all global emissions.

Could we choose to be less swayed by fashion, or better yet, commit to redefining our view of fashion to reflect less ephemeral values? Could we buy second-hand, and rent for special occasions?

In aggregate these would change the culture, the industry and its eco-impacts.

Their lobbyists swarm Honolulu Hale. Meanwhile, Council members haven’t heard a peep from the public.  Small wonder they appear to be caving. That won’t change unless we convince them we want the planning for our city to reflect sustainable values.

In a recent report, the C40 network of the world’s biggest cities analyzed what needs to be done to bring members into compliance with the IPCC goal of carbon neutrality by 2050. After deploying every available governmental tool to incentivize building efficiency, source green energy, deploy mass transit etc., they still needed significant lifestyle changes from residents.

They suggested that by 2030, people should get in the habit of buying no more than eight new articles of clothing a year, preferably no more than three.

“Individual consumers cannot change the way the global economy operates on their own,” the report concedes, “but many of the interventions proposed in this report rely on individual action.”

We have to fundamentally reconceive ourselves, not allow ourselves to be defined merely as consumers — which politicians and the media so often do. We all know by now the dimensions of the crisis, and the huge potential consequences within the lifetimes of most of those reading this. We can’t just go on with life as we did before. No gesture is too small.

There’s enormous power in our individual choices to influence friends, family, neighbors and ultimately the entire culture. It’s what researchers call “behavioral contagion.” And, when aggregated, these personal choices can have huge impacts.

We’re in a world war again — a war to save the world.

In World War II it wasn’t just soldiers and sailors who fought: housewives became Rosie The Riveter, school kids dug victory gardens, kupuna went door to door selling war bonds, everyone was engaged, because everyone understood the urgency, and the power of individual action on a mass scale.

We’re in a world war again — a war to save the world. Once again we all must become engaged.

Sure, buying solar panels or an electric car, or becoming a vegan, or saying no to plastics and fast fashion, may seem like bringing a water-pistol to the fight: virtue-signaling that doesn’t address the two most carbon-consequential actions of most middle class Americans, flying and having children.

Indeed the C40 report recommends that by 2030 city-dwellers restrict their short-haul flights to no more than one round trip every two years – food for thought for a state dependent on 10 million visitors every year.

But these are not empty gestures. They have a political impact. Saying “no” to a plastic straw is often the first step in joining the global movement demanding urgent and effective change from government and corporate leaders. 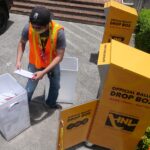 Anthony Aalto is co-founder and producer of Green Island Films.

Great article, we still have this problem and must be more watchful of it during pandemic. If anything we've seen how the public reacts to what is needed. lmagine if we agreed. Division of the public is another catastrophe we are living. Unfortunately being held onto by the least likely to let go of it. Our bulky items here in Honolulu have stopped, nothing is being recycled. The city won't release any data contrary to the program. Long lines at the dump arent saving anyone any gas. My hobby had been restoring furniture I found . There is untold amounts being wasted. What I could've picked up alongside the furniture would've nearly sustained me. All that wasted possibly due to one person's self-preference or, worse yet, privatization of the resource. It's inception had many inconsistencies . That times are changing is an understatement. What we can do to prevent further calamity should've already been done. Electing business leaders is not the answer.

I donât really see what the problem here is, if any.Services as part of consumer spending has been steadily rising whereas spending on non durable goods (food, clothing, etc.) and durable goods (cars, furniture, appliances, etc.) has been steadily dropping. We buy more Netflix and less cars.Saying âwe need to stop buying stuffâ is happening - we actually are buying less stuff