There are lessons to learn from the Spanish Flu a century ago and from other countries handling COVID-19 right now. 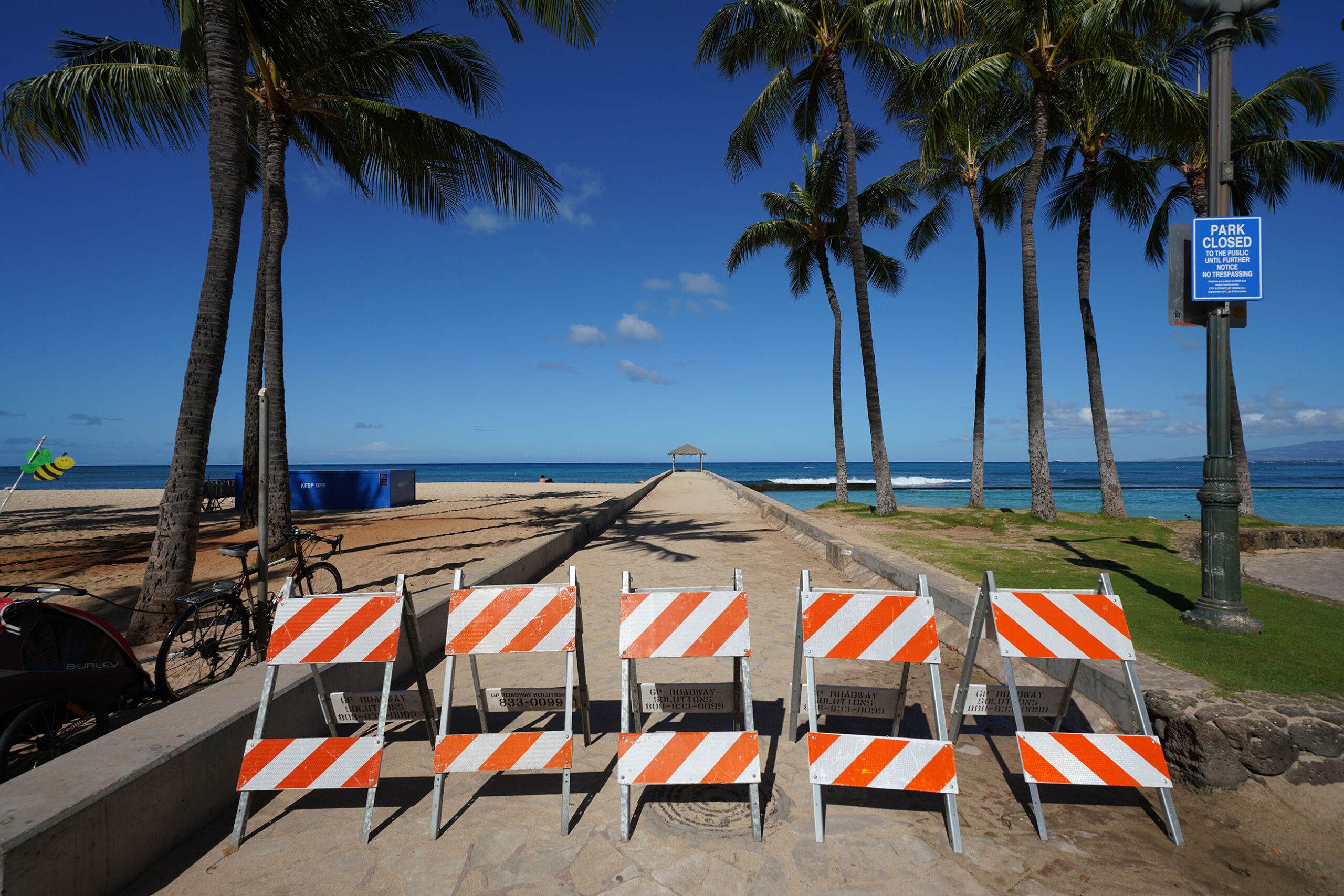 The public response to the ongoing lockdowns has been visceral, eliciting reactions ranging from knee slaps and head scratches to shaking fists and facepalms. Wherever you fall on that anatomical spectrum, you’re right.

At first glance, the parameters are hard to wrap your head around. Businesses deemed nonessential will remain closed, though “nonessential” has become increasingly relative as unemployment soars and locally-owned businesses continue to close for good. Public spaces like parks, beaches and trails will reopen, but only for individual use, despite any evidence of outbreaks occurring in outdoor spaces.

Couples who are around each other in their homes anyway? Too risky! Kids cooped up on computers all day for school? Too bad! And if you want to go on a hike, you must ignore the most common-sense rule of being in nature and go it alone – for safety’s sake.

At least Honolulu Mayor Kirk Caldwell was open about the rationale this time around. The restrictions are not based on science or data, but management logistics: it’s simply easier to enforce a one-person policy than an exception-riddled policy that allows small gatherings. Ease, more than anything, seems to be the guiding principle.

The decision to extend the lockdown another two weeks is not unreasonable. The initial stay-at-home/work-from-home order in spring was effective, so much so that it looked like we were in the clear by May, when the number of new daily cases was consistently in the single digits and often zero.

Looking back, it appears we learned the wrong lessons about how lockdowns work, and what they’re supposed to accomplish. The Wall Street Journal recently labeled lockdowns “overly blunt and costly,” citing numerous different approaches across the globe that yielded different results.

On one hand, New Zealand enacted a strict lockdown and went over three months without a single new case. On the other hand, Japan has only implemented light restrictions – closing bars and stopping alcohol service in restaurants at 10 p.m. – and has seen a steady decline in active cases. Sweden – which kept schools open – enacted mild restrictions, and its per capita death rate has been higher than Denmark’s – which closed schools – and lower than England’s, even though both countries implemented lockdowns.

An editorial in Pacific Business News summarized the Wall Street Journal analysis by stating there is “no relationship between the severity of lockdowns and any consistent reduction in coronavirus transmission.” This is a shallow reading of the data, and a flawed understanding of what lockdowns are meant to accomplish.

Lockdowns aren’t curative. They’re meant to slow the spread of infection so health care systems don’t get overwhelmed and other measures can be put into place to combat the virus upon reopening. Hawaii has so far squandered our lockdown time, but places with coherent, organized and well-executed response efforts – including widespread testing, contact tracing, effective social distancing and prevalent mask-wearing – have uniformly responded better than places without such efforts.

It’s also no surprise that countries with universal health care have not only handled the pandemic better, they’ve also experienced quicker and more durable economic recovery. It’s almost like tying medical coverage to full-time work during a health care crisis that causes mass layoffs is an additional strain on businesses, and a bad way to take care of people.

Lockdowns have made successful responses more successful, and they have made failing responses worse. The conclusion is not to throw your hands up and say who knows if they work or not. There is ample evidence they do – as long as there is adequate governance.

That’s the problem with trying to isolate a single variable in a complex situation like this – it’s only a snapshot of what is possible in very specific circumstances. The existence of a lockdown in and of itself doesn’t tell us much without additional information. Geography, access to health care services and the presence or absence of additional interventions such as regular government stimulus payments are vital pieces of the COVID-19 equation.

The question, then, is if Hawaii’s governance has justified the lockdowns, but there’s no point in asking questions we all know the answers to.

The purpose of this kind of analysis, however, is to frame the situation in a simple binary: we can either ruin the economy and bend the curve, or open the economy and sacrifice the most vulnerable among us: kupuna and the immunocompromised. This, too, is a flawed and facile framework. Economic recovery and pandemic management are interconnected.

The economy can’t recover if people are still getting sick and dying on a regular basis, especially since our health care system incentivizes sick people to keep working, lest they lose both their paychecks and their access to medical care. And since our federal government has chosen to help people as little as possible, we’re now in the worst economic downturn since the Great Depression – also when the federal government chose to help people as little as possible.

There are meaningful comparisons to make between the government’s response to an economic crisis then and now, but another crisis from last century provides a useful analogy: the Spanish Flu.

According to research from Professor Matt Cavert from the University of Hawaii West Oahu, between Nov. 25 and Dec. 21, 1918, Tahiti experienced an infection rate in the range of 80-90% of the population, resulting in the death of about 20%. In less than a month. To make matters worse, this was after a generation of young Tahitians had already gone off to fight for France in World War I, never to return.

“The French Governor Gustav Julien knew about the Spanish Flu beforehand,” Cavert said. “He received telegrams from Samoa about how there are massive amounts of people who died, how they can’t handle all of the corpses and that the telegraph station there is probably going to shut down because there’s no one left to man it.”

Meanwhile, a ship from San Francisco arrived, with two people aboard who were reported sick. One of them was quarantined, the other went to the hospital and subsequently infected a doctor and a pharmacist. Governor Julien was aware of it all, but didn’t act.

“He knows all of this is going on, but at the end of November in 1918, they are celebrating the end of World War I. He didn’t want to end the celebrations they were going to have. So he says, ‘No, we’ll wait and tell people later once we have our big celebration.’ The disease had already slipped into the colony, he holds a giant party and of course half of the town comes out for it. Within a week, hundreds of people are falling sick, and then thousands.”

And then countless people drop dead in a matter of weeks until the virus burns itself out. Contrast that with American Samoa.

“As soon as [Commander John Poyer, governor of American Samoa] heard people were sick, he started quarantining all ships. He cut the island off from the outside world, and did this without any orders. He was just prepared to act.”

Not surprisingly, American Samoa did not suffer a single death from the Spanish Flu.

Like all analogies, there are limits to the comparisons drawn. But Hawaii is in a similar geographic situation as both Tahiti and American Samoa, albeit in a much more connected and accessible world than that of a century ago. Still, the intuitive idea is the correct one: a disease can’t spread if people aren’t actively spreading it.

As for Hawaii right now, extending the lockdown is sensible, but only so long as the parameters of the lockdown are sensible. Which, as of this moment, they are not. With surge testing and contact tracing efforts underway, we’re headed in the right direction to make good use of the lockdown, but we are by no means in the clear yet.

There are lessons for us to learn, from the Spanish Flu a century ago and from other countries handling COVID-19 right now. But those lessons will be meaningless unless we understand what’s at stake, and what we as leaders and as communities must do. 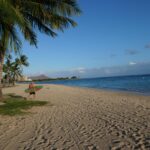 How Oahu's COVID-19 Park And Beach Restrictions Are Hurting Families

Well one good thing has come from this lockdown. We are realizing the consequences of listening to our state gov. who is beyond incompetent -- both before and during the pandemic. I will surely be leaving this beautiful state soon for no other reason than bad politics and the destruction of small local businesses.

So, basically, muddling through for the next couple years under some form of lockdown with occasional death&dozens of new cases daily, hoping for the vaccine or the virus to go away and constantly wondering was it worth it - sounds like purchasing a big ticket item.

If we avoid contact with one another, there are fewer cases.  Doing otherwise, results in the spread and more people dying.  Life is more important than anything else.  That said, we need to support those in need.