Lee Cataluna: Scapegoats And Fall Guys For A Leader Who Cannot Lead

Gov. David Ige's pandemic horror show: when the bureaucrats bail, who's left to manage the crisis? 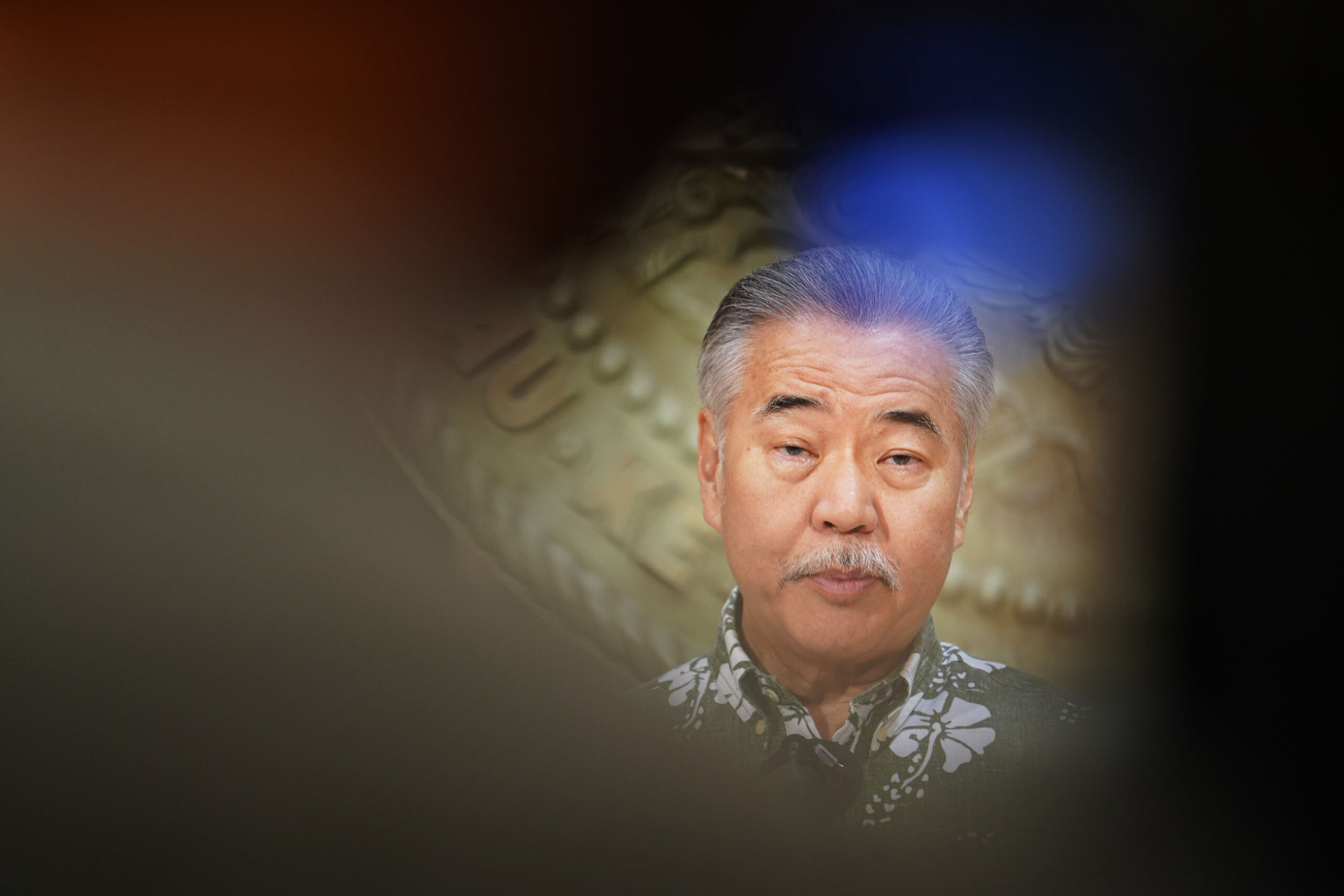 “Gov. Ige has built a team of successful leaders from the public and private sectors who are stepping forward because they are inspired by his vision for the future of Hawaii.”

In light of recent departures, that bold declaration needs an update.

Maybe something like, “Gov. Ige has cobbled together a ragtag group of long-time bureaucrats who will ultimately take the fall for him when things go wrong.”

State Health Director Bruce Anderson and Public Safety Director Nolan Espinda are not stepping forward. They’re walking away, though Ige didn’t want anyone to think he actually had the guts to fire two of the most prominent actors in his administration’s pandemic horror show, insisting that both approached him with plans to retire.

That was on Monday. By Wednesday, Civil Beat broke the news that Emily Roberson, who was brought in just last month to get a handle on contact tracing at the Department of Health, was asking to take a leave of absence to wait out the agency’s power struggles — perhaps a power play of her own.

Then came the news that state Epidemiologist Sarah Park was being put on paid leave after enduring broad criticism for failing to establish a rigorous contact tracing program.

And then there are the others who have fled Ige’s administration during the state’s darkest hours:

State Tax Director Rona Suzuki left in July after getting roughed up in her Senate confirmation hearing;  Pankaj Bhanot, director of the state Department of Human Services, also left, citing family reasons. Department of Labor and Industrial Relations Director Scott Murakami, who for months dutifully did Zoom interviews with just about every news outlet in town explaining why unemployment claims were so messed up, took some paid leave to rest but eventually quit. Chris Tatum is bailing as head of the Hawaii Tourism Authority.

Different debacle, but add to that list Verne Miyagi, who took the fall for the false missile alert that could have been somewhat mitigated if only the governor remembered his Twitter password.

There’s no covering up the state’s failure in dealing with the pandemic, not when we went from lofty ideas of marketing Hawaii as the “safest place on Earth” to hundreds of new COVID-19 cases a day. Standing at the headwaters of this raging river of failure is Gov. David Ige. All these people who are walking away are scapegoats and fall guys for a leader who cannot lead.

Who will replace these “successful leaders from public and private sectors” but beleaguered staffers a few rungs down the bureaucracy ladder? There is no bullpen of talented relievers waiting to get the call to save the game in the 9th inning. There is no bench at all. There never was a bench.

What we need right now is gumption and grit, that spirited resourcefulness that great leaders manage to find even when it seems all hope is lost.

When times were good, like seven months ago, state government could get by with whoever was warming the chair. When times are bad, that lack of a bench shows up in everyone’s life every day.

Part of the problem is nobody wants those jobs. Even before the virus, it was a dead-end administration. There was never the sense that if you served in the Ige cabinet, you’ll soon be off to greater things and higher heights (except for Josh Green, who benefits mainly from the comparison to his boss.) Ige doesn’t inspire his team to excellence. He doesn’t inspire at all.

The talk in D.C. is of the “deep state.” Hawaii has the shallow state, a stagnant, mossy little pool where no one is challenged, not much is expected and appointed administrators are simply waited out.

What we need right now is gumption and grit, that spirited resourcefulness that great leaders manage to find even when it seems all hope is lost. When mass COVID-19 testing created only mass traffic snarls, the Department of Transportation’s Ed Sniffen boldly went with the creative yet common sense plan to use the H-3, despite being told not to by the feds. Go, Ed, go.

The thing is, the state’s mishandling and mismanagement of the COVID-19 crisis can’t be retired or waited out. Ige’s directors may have staggered under the enormous pressure of the pandemic, but when they go, they won’t take the problems with them.

And unlike Hawaii’s usual disasters, which can be fixed with money and heavy equipment, the pandemic has produced a set of unfamiliar and unprecedented problems of logic and logistics that require flexibility, thoughtful judgments and clear, useful communication. Some occasional reassurance that we’ll all get through this would be nice, too.

Since his first days in office, Ige has been hobbled by his insularity and aloofness. We’re now paying for his lack of a network of friends and colleagues and whip-smart associates he could call on to competently fill key jobs in his administration. The few allies he may have had (Kirk Caldwell) have been shut out or turned off, and it was only after a public outcry that Green, his capable-yet-self-promoting lieutenant governor, was allowed back onto the stage.

Did we expect great leadership from the guy who brought us the TMT stalemate, the false missile alert and the forgotten promise to finally upgrade the state’s computer systems? That was all before the last election, and we still voted him right back into office. No one ever thought we’d need anything more than a nice guy who was a good student in school and a stable, unimaginative lawmaker to sit in that chair. We didn’t know how much we’d need a leader with gumption. 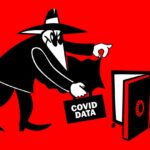 John Pritchett: Data In The Dark

I agree with your assessments except the one regarding Rona Suzuki. Suzuki only "left" because it was clear the Senate was not going to confirm her as Tax Director due to her questionable leadership capabilities. The Senate confirmed Nolan Espinda and Bruce Anderson. With those confirmations, how bad was Suzuki where the Senate would not confirm her?

Auwe, soooo sad that Hawaiâi nei under Gov Igeâs leadership is truly choosing to destroy itâs economy & leaves itâs residents open to unnecessary suffering.  Our paradise slowly morphing into a desert.  I donât envy Ige  in his capacity etc.  However, I agree he has failed to be the the "strong" leader required & he should resign etc.  Mandate mask wearing esp To those dealing w/ppl of any age w/chronic & severe health issues.  Have them quarantine safely from the general public etc.  More ppl have expired from the regular flu every year but the world didnât shutdown.??? God help us all<3<3<3

Yay, Leeâs here at CB! When I first voted for Ige, I knew his personality was not one that inspires and dares greatly.  But I didnât like how Abercrombie was governing, and as Lee wrote, "No one ever thought weâd need anything more than a nice guy..."I donât minimize the importance of being a "nice guy" whose heart and soul is in the right place; itâs #1 in my book, to act because oneâs desire to serve is greater than doing so primarily because of oneâs ego.  But, of course, what we need is a "nice guy, plus." That said, re: Maunakea and TMT,  I feel very grateful that David Ige is our governor.  Some previous governors and current politicians who called out for forceful action against the Kia`i would have brought about injury, bloodshed, and very possibly, loss of lives.  Aloha is Hawaii, and Hawaii is Aloha.