It's far more important to help people pay rent and other necessary expenses than to buy more ATVs for cops. 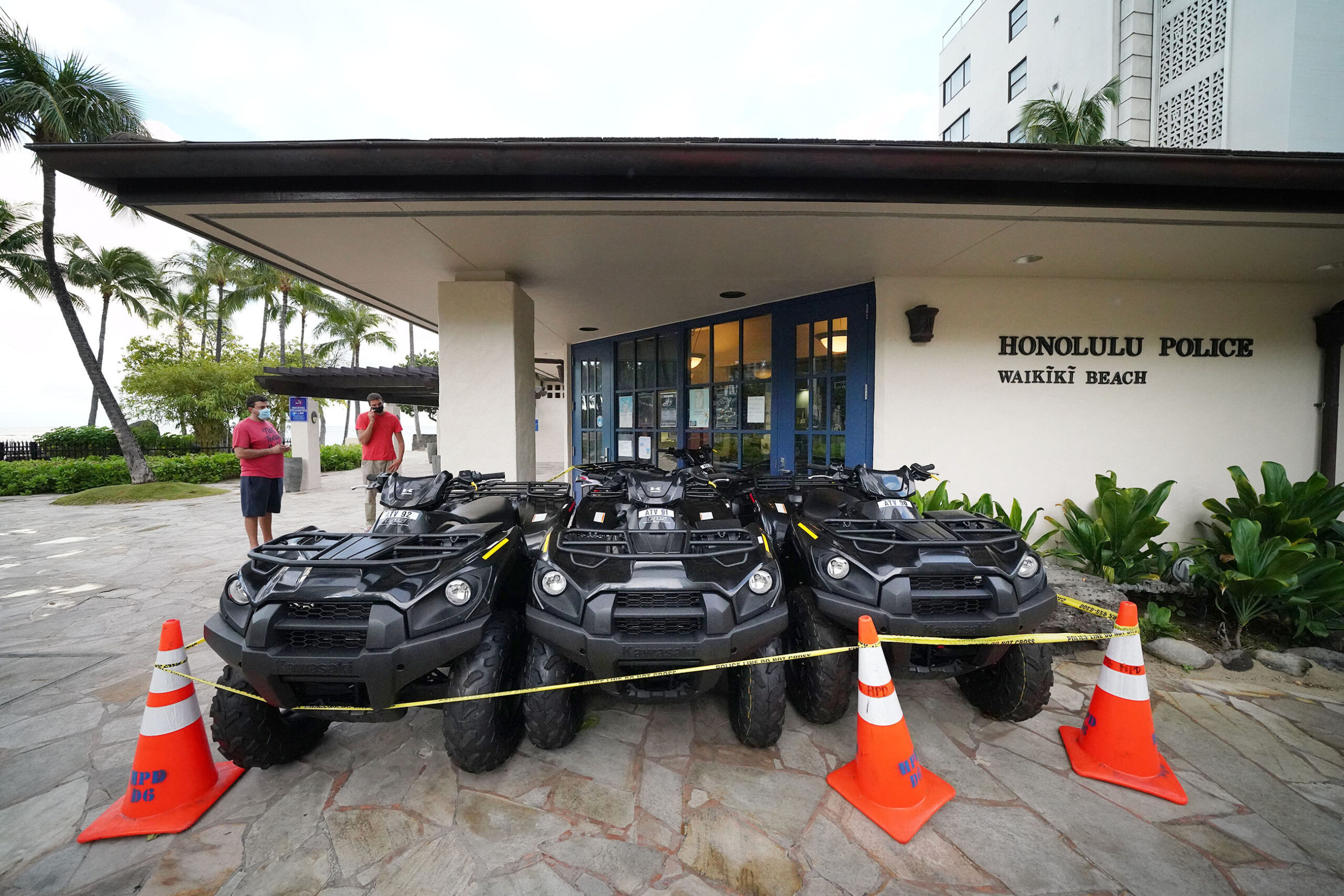 Last week something interesting happened at Honolulu Hale: an elected official said something that made a lot of sense.

Rather than having cops continue to dish out tens of thousands of citations for pandemic rule infractions — something that has overwhelmed our already overwhelmed criminal justice system and made a lot of people very, very unhappy — Waters advised law enforcement to instead educate and assist citizens.

If needed, police could issue a fine rather than a criminal offense, he suggested.

That’s a great idea. But HPD has unfortunately escalated on a massive scale its crackdown on mask-violators and social non-distancers. Those found guilty of a misdemeanor could be punished by a fine of $5,000 or a year in jail, or both — and find themselves with a criminal record.

ATVs were parked in front of the Honolulu Police Department Waikiki substation on Sept. 2. HPD has used the vehicles to zealously cite people at beaches and parks who are breaking COVID-19 restrictions.

The mayor should seriously reconsider his decision to direct more than $30 million in federal CARES Act funds to HPD. About half of that figure is for overtime and other differential pay, while more than $2 million is for new trucks and all-terrain and utility-terrain vehicles.

Some of those vehicles have been deployed in phalanxes at popular gathering spots including Ala Moana Beach Park and Kapiolani Park, with cops kicking up clouds of dust in pursuit of “justice.” More than a few observers have said these activities resemble a police state.

Waters rightly calls the city’s spending priorities backwards. The focus should instead be on helping our residents pay rent, utilities and child care. But only a small fraction of CARES money is now dedicated to those worthy purposes: Only $2.4 million – or less than 10% – of the city’s $25 million Hardship Relief Program fund had been disbursed to people in need as of Sept. 10.

“It just troubles me when I see all this money being spent on HPD when we could be spending it elsewhere,” Waters said earlier this month after reviewing the expenditures.

While there has been much talk about “defunding” police departments because of systemic racism, Honolulu has a recent history of weaponizing the force.

In 2011, the ACLU of Hawaii raised concerns that HPD spent $700,000 essentially preparing for a war as part of its security plan for the Asia-Pacific Economic Cooperation meeting in Honolulu that fall.

The Honolulu Advertiser reported in 2010 that Honolulu’s tab for hosting APEC would be at least $28 million, which was to be reimbursed by the feds. That figure grew to $37 million by the time of the conference, much of it for HPD, fire and emergency services.

In 2014, at the time of the racially charged police shootings in Ferguson, Missouri, Civil Beat reported that the islands had received tens of millions of dollars from the Department of Homeland Security since the 9/11 terrorist attacks, “fueling purchases of military-style weaponry.”

HPD already had a BearCat — an armored vehicle capable of repelling .50 caliber projectiles — to be used to respond to “chemical, biological, radiological, nuclear and explosive” attacks. Does Honolulu really need such weaponry?

Caldwell’s latest stay-at-home mandate is set to expire Thursday, and we hope a continuation will not be necessary.

But if Oahu’s lockdown is to be extended or renewed at a later date, we need a police force that embraces compassion and understanding more than it does ripping through city parks on ATVs. Just imagine how visitors will react to such scenes when they begin returning after the pre-travel testing plan goes into effect on Oct. 15.

We also need a mayor who cares more for the public and its needs than the needs of the Honolulu Police Department. Caldwell has until Dec. 31 to spend Honolulu’s $387 million share of CARES funding. Only about $69 million has been spent as of Sept. 10, although about $198 million has been earmarked.

We encourage taxpayers to contact him and let him know that, in the case of HPD, he’s spending our money foolishly. 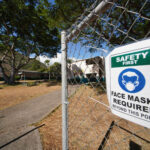 Das how he roll!  Wanna see more of this?  Vote him for gov.

Federal dollars, whether click it or ticket, or CARES funds are a means to enforce on the public the will of law at the time.  In this case $30M to tag people desperate for outdoor activity, something the constitution protects.  The mayor should have spent the $30M on helping business forced to close because of his ridiculous orders and non-sensical rules.  Police didn't need OT to monitor the beaches because there is nothing going on in Waikiki, normally the hotbed of need, since March.  What HPD needs to be focusing on with their already ample workforce is preventing and solving all the property crime that is going around because more people are getting desperate.

So, at Makalei beach park yesterday evening, (with current restrictions easing in two days), I witnessed three ATV cops give an elderly mask-wearing couple tickets for walking down the path.  They kept asking why, and the police wouldn't answer them.  While 50 yards away, the local meth dealer was doing a drug transaction, and a street race down Diamond Head Rd was occurring.  You can't make this stuff up.  If you're an incumbent right now, good luck ever getting elected to anything again.  I guess Ikaika is akamai... get that lobbying job now while you can.