MidWeek Should Have Labeled Amemiya Story An Advertisement

The blurring of the line between editorial and advertising is an unfortunate trend. 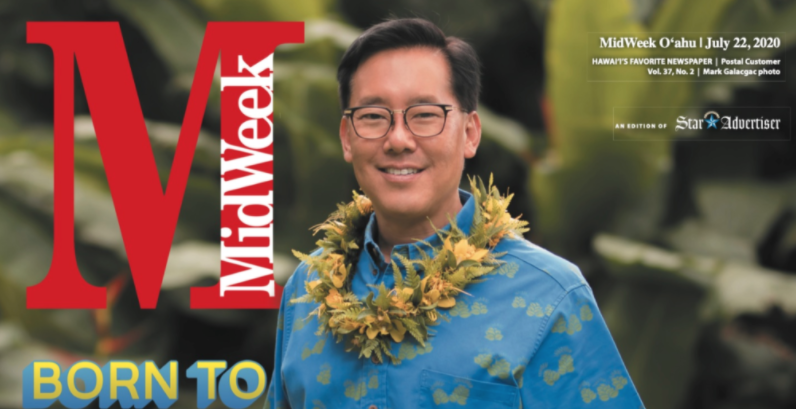 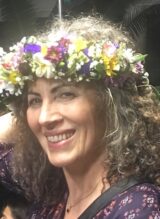 Vera Benedek first came to Hawaii from Alaska in 1987. For many years she had one foot in Alaska and the other in Hawaii, finally settling on Kauai in 2009. She began her journalism career in the 1970s and over the years worked in both print and broadcast media. Currently she is a grant writer and grants manager for the National Tropical Botanical Garden, but once a journalist always a journalist.

I missed Denby Fawcett’s column in July about Keith Amemiya’s ad on the cover of MidWeek — apologies, Denby — but found it later after reading the Civil Beat story about the Hawaii Campaign Spending Commission’s ruling.

Although I do think someone crossed a line, I agree with the commission that it wasn’t Amemiya. It was MidWeek publisher Dennis Francis.

As a former editor of MidWeek and a former vice president of the Hawaii Chapter of the Society of Professional Journalists, I took Dennis Francis’s words in Denby’s column personally. It felt like a kick in the stomach. Just one more hit on the credibility of journalists and journalism.

While it is true, as Francis states, that “[MidWeek] has always been a vehicle for ads,” it is also true that almost all newspapers and magazines are vehicles for ads. It is not, however, true that “MidWeek has never been a newspaper.” Francis put those two sentences together implying there was never journalistic integrity at MidWeek. That is not the case.

The Hawaii Campaign Spending Commission dismissed two complaints over a Keith Amemiya Midweek ad. But MidWeek should have labeled the story an ad.

The job of a publisher is, of course, to make money for the enterprise that publishes the paper. The job of the editor is to manage the editorial content of that newspaper. When journalistic ethics are observed, the individuals holding those positions stay in their respective lanes. These are things people in the business know, but not necessarily the average reader, so I will offer a little background.

The only interface between editors and publishers regarding what goes in the paper should be limited to discussing the amount of space available for the editorial content, which is determined by the total column inches of ads sold. Editorial content includes news, opinion, entertainment, sports, letters to the editor, etc.

(Broadcasting has the same tensions, but it’s between producers and the brass who sell airtime.)

Publishers often try to make more money for the company by pressuring editors to cross the line, but it is the job of editors to hold that line. Unfortunately, the publisher is the editor’s boss and holding the line is often difficult without the editor putting his or her job in jeopardy.

Ken Berry was the creator of MidWeek and, indeed, his reason was to give advertisers an alternative way to reach more customers. But he knew advertisers wouldn’t be interested if no one was reading the paper. Berry understood that to get readers he had to have good editorial content.

So he bought syndicated columns, hired local columnists, and hired an editor. Cheryl Deep was the first editor, a graduate of the prestigious Medill School of Journalism, who understood the line between editorial and advertising. In addition to the syndicated and local columns, the MidWeek signature was a major cover story, almost always a profile of someone in the community, written by local free-lance writers and photographed by local free-lance photographers.

When Berry hired me in 1987, I came with a bachelor’s and a master’s in journalism. Even so, holding the line between advertising and editorial content was a constant struggle. I didn’t always win, but I don’t believe there were ever any major transgressions, certainly not to the level of the Amemiya brouhaha.

It is the job of editors to hold the line.

When I left, Don Chapman, who had been one of the free-lancers, became editor. I was out of the state during his tenure, but I have no reason to believe he wasn’t able to keep the ad department in its lane.

In this day and age when journalism is taking a beating and solid verifiable reporting is being called fake news globally, a blurring of the lines in a local paper, especially one that started as a “shopper,” doesn’t seem so significant. But remember that the closer to home the news is, the more likely it is to affect your day-to-day life. As a result, it’s even more important to challenge that paper to maintain its ethics and trustworthiness.

MidWeek should have labeled the Amemiya cover story as an advertisement right on the cover — up front and center. There should have been no confusion about what it was. Selling the cover to a political candidate is bad enough. Not identifying it as an ad is downright disgraceful. 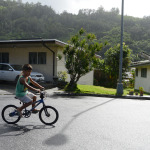 Vera Benedek first came to Hawaii from Alaska in 1987. For many years she had one foot in Alaska and the other in Hawaii, finally settling on Kauai in 2009. She began her journalism career in the 1970s and over the years worked in both print and broadcast media. Currently she is a grant writer and grants manager for the National Tropical Botanical Garden, but once a journalist always a journalist.

Watch out - heâs gonna do it again:)I have no idea, obviously, what his internal polling had been telling him but âborn to lead, the good hanai sonâ may very well have got him to the second round with Blangiardi.Speaking of Blangiardi, Amemiya has been running an add comparing him to Trump which might be another brilliant move on his part.Oh, well, weâll be entertained:)

I never looked to MidWeek as a news source. It appeared more akin to an ad supported radical right-wing opinion piece loaded publication from a conservative think tank.