Paradise Is Going Underwater. What Can We do? - Honolulu Civil Beat

Paradise Is Going Underwater. What Can We do? 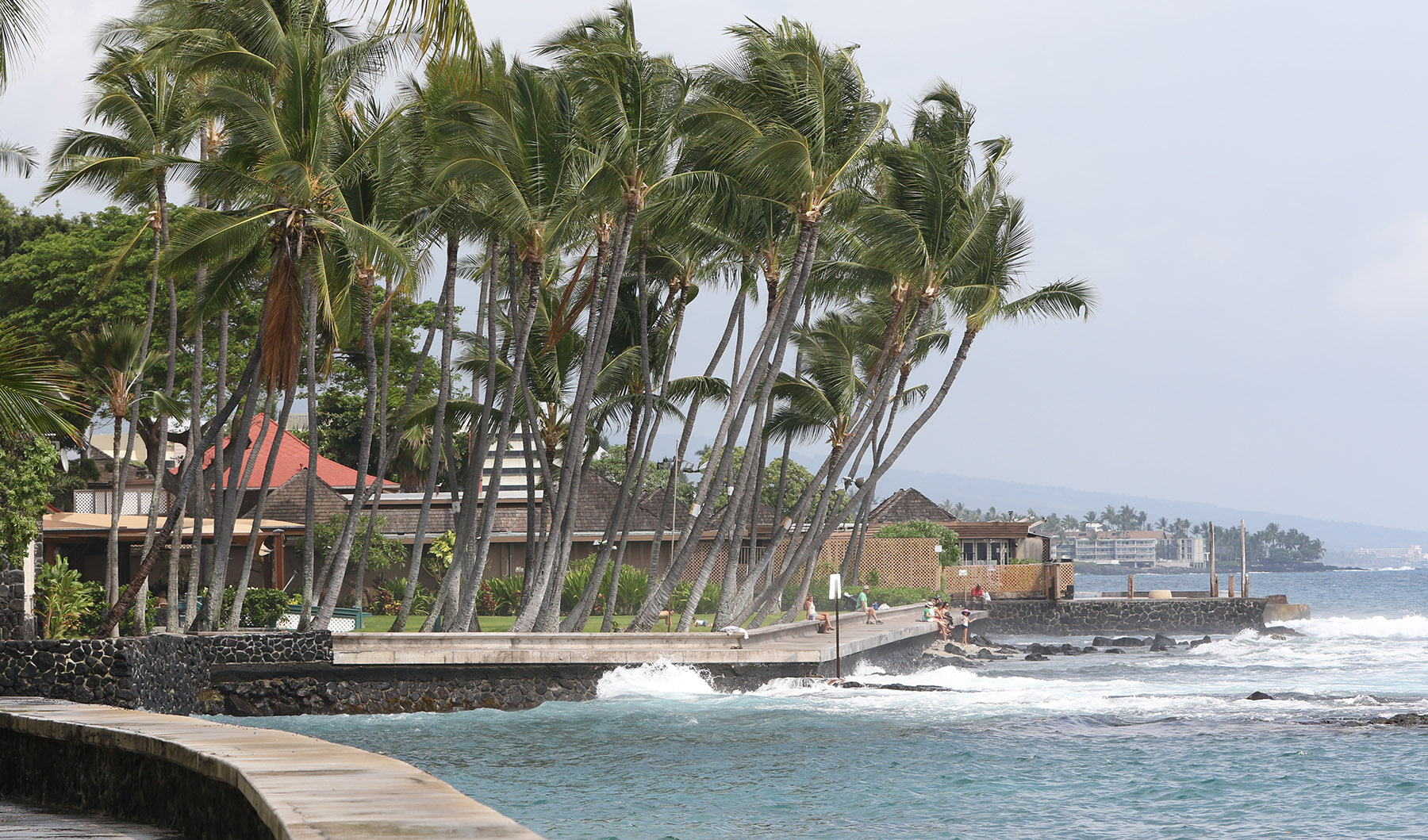 There is nothing more quintessential to Hawaii than its iconic beaches and idyllic scenery.

However, with the continual increase of global temperatures, the threat of sea level rise brings to light the reality of potentially compromised structures and coastal ecosystems that are crucial to Hawaii’s image of paradise and economic wellbeing.

Research published by the state of Hawaii suggests that by 2030, we can expect 3.2 feet of inundation. The loss of Waikiki beach alone is estimated cost $2.2 billion in 2016 dollars.

As a quick comparison, Hawaii’s 2016 real GDP in current dollars was approximately $86 billion with $19 billion in revenue from tourism intensive industries — around 22% of total state GDP.

In order to mitigate the effects of sea level rise (or SLR, as it is known), Hawaii currently implements grey infrastructure which includes the use of sand groins and sea barriers. Green infrastructure, appropriately named, utilizes coastal ecosystems such as tidal marshes and sea grass to slow beach erosion and produce reserves of carbon.

While Hawaii does not implement the later, it has been used in other countries like the Philippines, Ecuador, Costa Rica, and Indonesia — most notably through Conservation International’s Blue Carbon Initiative.

The simultaneous application of both is equivalent to a ‘no-regrets’ approach which means that solutions are not mutually exclusive and that even if newly planted coastal ecosystems do not function as expected in reducing the impacts of SLR, there are still other benefits such as making the environment cleaner and helping to alleviate storm runoff.

The caveat is that the use of coastal ecosystems in green infrastructure such as mangroves are extremely controversial in Hawaii because of their classification as an invasive species.

On the broad spectrum of climate change, a global effort to improve the well-being of the planet has been impeded by the tendency to disregard any sense of urgency of the issue. However, with the outbreak of COVID-19 and the subsequent need to shelter in place, data collected thus far demonstrates CO2 emissions are predicted to drop by 4-7% by the end of 2020.

The truth of the matter is that an emissions decrease of 4-7% is not enough to adhere to the 7.6% annual reduction as recommended by the United Nations. In fact, a temporary emissions reduction as seen with COVID-19 may result in an increased emission output following an economic reopening as seen with the 2008 global financial crisis.

The Kailua-Kona Coast of the Big Island. Rising sea levels threaten to drastically change the islands, which is why mitigation efforts are needed now.

Moreover, the fact that emissions levels were shown to have evened out shortly following the last recession emphasizes the need for lasting structural change in the economic, transport, and energy systems. But I digress.

Despite the slight improvement to the environment, COVID-19 has severely impacted global economies. In the case of Hawaii, visitor counts have plummeted and the daily passenger average fell from 30,235 in January to a mere 388 in April.

An appropriate solution must include all relevant stakeholders.

While it enlists agencies such as the Hawaii Tourism Authority and the Office of Hawaiian Affairs to serve as members of the commission, it does not call on private industry such as hotels, and independent organizations or research institutions in seeking strategic recommendations.

Again, the appropriate solution is never a one-overall answer but a multi-pronged, “no-regrets” approach that includes all relevant stakeholders.

The further requirement for all stakeholders to convene regularly would allow for an increasingly more integrative and interdisciplinary approach to tackling SLR that has thus far been lacking. While SLR is challenging to say the least, the continued efforts on part of responsible stakeholders will continue to drive progress for the benefit of Hawaii for generations to come.

Unfortunately, SB 3099 did not pass session this year. But there is hope that Hawaii legislators will take up similar legislation in the new session that begins in January. 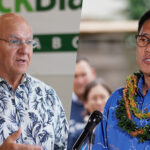 This only possible outcome for mitigating SLR is that our elected "administrators" will perform very loud theatrics and say lots of things people want to hear, creating a perfect opportunity to establish new taxes to "save our shorelines."The reality though, which is very unfortunate, but also very predictable, they can only kick the can down the road and let the next round of administrators to continue on with the charade.

I thought we were sinking.