Danny De Gracia: Be Yourself And Vote For the Person You Like, Not The Party - Honolulu Civil Beat

Danny De Gracia: Be Yourself And Vote For the Person You Like, Not The Party

This election is your chance to think different and be different. Vote your conscience. 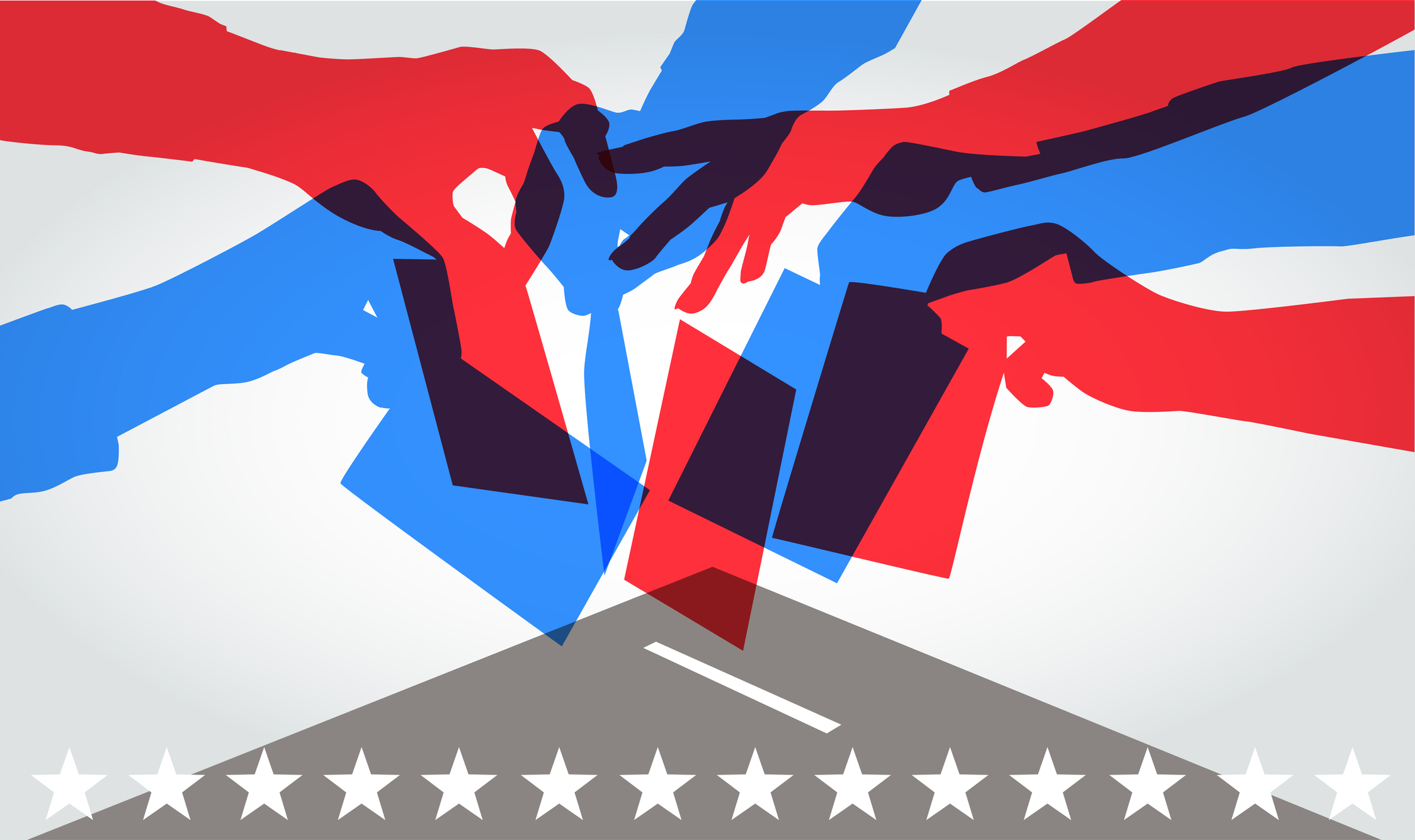 Last Sunday, one of my good friends called me up and asked if they could go over their mail-in ballot with me to discuss who to vote for. Conflicted over current events and the behavior of some of the candidates on the ballot, they hoped that I could settle their decision-making process and simply tell them who to vote for. Much to their surprise, I replied, “Just pick someone, and vote for whoever you want!”

In today’s hyperpartisan America where so many people distill their worldview through the caricatured lens of Left vs. Right, Democrats vs. Republicans, or Fox News vs. MSNBC, telling people to “just vote for whoever you want” comes as a shock.

But here in Hawaii, our combination of isolation from the mainland, small number of electoral college votes, and solidly Democratic voting patterns actually gives us a wide berth to vote for anything and anyone we want.

Every election year, self-appointed political experts love to apply peer pressure and suppress others from voting their conscience by saying things like “don’t waste your vote by voting for someone who doesn’t have a chance” or “don’t vote for third parties, because they’ll spoil the election by stealing votes.”

In reality, neither Perot nor Nader cost Bush or Gore their elections; the losing candidate just didn’t resonate well enough to achieve a majority in states where the electorate was almost evenly split. That’s just how tight elections work.

Here in Hawaii, however, where 38.2% of the population chose to vote Democrat compared to 9.7% Republican in this year’s mail-in primary, you won’t be “stealing” the thunder of either faction’s partisans at the national or local level any time soon if you vote for whoever you like.

On our general election ballot, over and above the Democrats and Republicans, you will also find candidates of the Aloha Aina, American Shopping, Constitution, Green, and Libertarian parties, as well as nonpartisans. This plethora of voting opportunities captures the entire spectrum of beliefs and policies, so people who don’t feel completely satisfied by the platforms or personalities of the Democrats or Republicans should seize this opportunity to break out of the mold and choose someone else.

Let’s be honest. Hawaii’s four electoral college votes aren’t going to boil the political ocean over for Donald Trump or Joe Biden, and to me it’s a blessing to not have to live under the politics of a battleground state. Either candidate will win or lose entirely on his own merits or defects, and here in Hawaii, we can vote based on our vision rather than someone else’s political war.

As for our Legislature, Republicans are already such a micro-minority on the verge of extinction that one might as well already consider the Hawaii GOP to be on the same electoral tier as the third parties that run as faithful opposition every election year. In fact, it might even be worth electing a couple of third-party candidates to the Hawaii Legislature instead, to create a “Neapolitan” division in the government that would force a different conversation than the usual Team Blue vs. Team Red arguments we’ve grown so tired of.

If you haven’t yet turned in your mail-in ballot, I want to give you permission to be yourself for once and find just the right fit, rather than the lesser of two evils, in this year’s contests.

One of the most disappointing things to witness election year after election year is seeing people who don’t like the major parties or major candidates shoe-horning themselves into voting Democrat or Republican just because they feel they “have” to support either faction. You as an individual owe absolutely nothing to the personalities of either major party, and apart from you broadcasting on social media who you voted for, no one in your circle of family, friends, or coworkers will ever actually know who you voted for if you vote differently this year.

If you haven’t yet turned in your mail-in ballot, I want to give you permission to be yourself for once and find just the right fit, rather than the lesser of two evils, in this year’s contests. If you absolutely must vote Democrat or Republican, then please continue to do so. But know that the greatest feeling in the world is being your own person, free of the restraints of cognitive dissonance and forced conformity, where you can use your vote to empower what empowers you, rather than someone else’s vision of grandeur.

As a born again Christian believer and a conservative, I am perpetually surrounded by people who tell me that God “commands” me to vote Republican, and I am often accosted online by absurd social media personalities – that’s Danny-speak for “false prophets” – using profile images of the dove that landed on Jesus at his baptism telling me that I have to support President Donald Trump.

Whatever. I seek “God” in prayer every day and I have not yet experienced an epiphany of seeing Jesus Christ attending a ReOpen Hawaii Now rally or wearing a MAGA hat.

What I have seen, however, is that for too long we have become stupid about voting when we conform ourselves to other people rather than voting for what we want. This election is your chance to think different and be different. Vote your conscience. 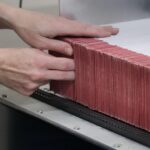 Several people got it much more right than the author of this op-ed.  Basing your vote on whether or not you "like" a candidate is hardly the best way to vote.  What you want to do is a couple things. First, examine the issues that are important to you (e.g. jobs/economy/taxes, public safety, education, etc.) and figure out - using your own brain and doing your own research via various sources - which candidate has priorities and plans that best match what you support.  Second, consider the candidate's world view and how it aligns with yours.  For instance, if you value individual freedom, life, liberty, and a hopeful perspective, you'll want to vote for the candidate who has the same.Regarding feeling 'pressure' to vote a certain way, that has never bothered me. I also think peer pressure from ignorant people would be the silliest reason to impact my opinion on any subject.  As someone who has never been a member of any political party, I'm very glad to vote for Trump.

Aloha, I was grateful to see many comments regarding the need to further educating ourselves (not via social media and main stream news media). I am shocked at the number of people who follow senseless rhetoric, disinformation narratives, and blatant lies. The "freedom/right to choose" does not mean choosing one way or another.  Many Pro Choice voters also Pro-Life and personally opposed to abortion. Maybe the difference is they are not Pro Judgment.Regardless,  I am quite certain that if one of the candidates running personally agreed with abortion, it would not be the devout Catholic one who implements morality and integrity in his life. I too would now identify as a Conservative Democrat or Independent (think for yourself). I still find myself thinking the about tax and socialism issues.I don't understand the tax concern. It applies to families earning more than $400,000/yr. and the "1%".I have much to learn about Socialism but looking at the recent countries, once considered successful democracy's, Socialism appears to be the transfer step from Democracy to Communism.If our current regime continues on its path, we can look to Venezuela to see our future. Please Vote

My counterargument:Parties have a set of values. In presidential election years, the national parties present a document (the platform) outlining their values and present it for adoption by member delegates at their respective conventions.Voting for a party means voting for those values.This year, the Republican National Committee chose not to adopt a set of values; instead, they stated, "the Republican Party has and will continue to enthusiastically support the Presidentâs America-first agenda."Please make a note of this when you vote.