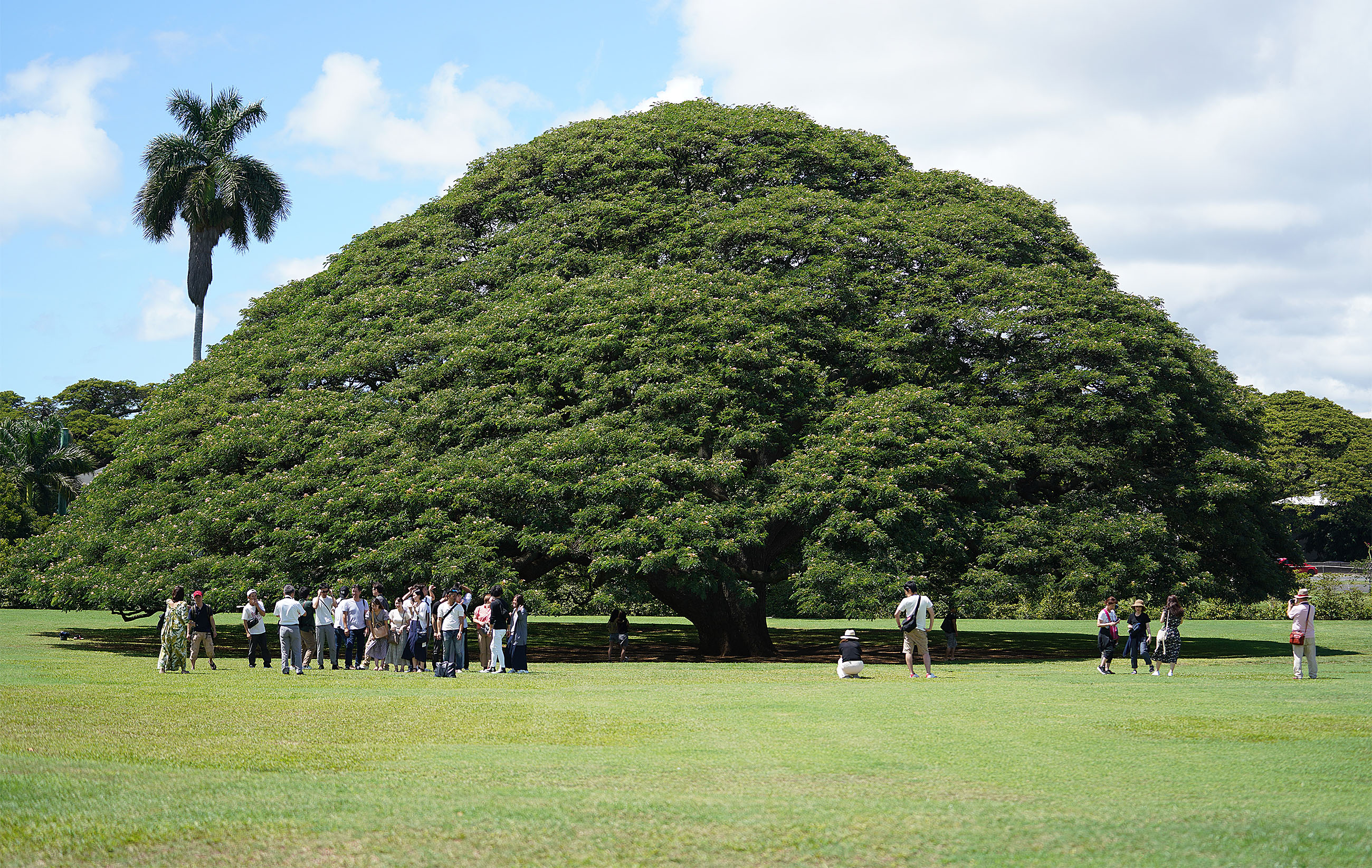 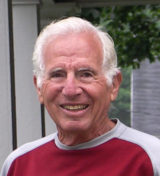 Tom Dinell is Founder and President Emeritus of Trees for Honolulu’s Future and emeritus professor of Urban and Regional Planning, University of Hawaii Manoa.

Claire Caulfield in Civil Beat’s excellent series about Hawaii’s environment asks the question, “Are We Doomed” and responds, “maybe not apocalyptically” but “we are definitely doomed to change.”

This article addresses one of those needed changes, namely, increasing the urban tree canopy as temperatures rise in the tropics.

The causes of climate change are universal, namely, carbon dioxide, methane, and nitrous oxide, all products of human actions. Climate change is a world-wide phenomenon, but its impacts are local. To paraphrase former Speaker of the House of Representatives, Tip O’Neill, “All climate change is local.”

In California, it is forest fires, in Louisiana it is hurricanes, in the Arctic it is a receding ice shelf, in Africa it is drought. In Hawaii it is sea level rise (as the University of Hawaii’s Coastal Geology Group so clearly documents in its recently released study), ocean acidification, and increasing temperatures, though tropical storms are not to be ignored.

Additionally, that is only half the story for the drought in the farmlands affects the food supply in the urban areas. The pollution from the coal power plants in the Midwest affects the air quality in the eastern states.

Yes, the immediate impacts of climate change may be local, but, qualifying Speaker O’Neill’s insight, the consequences most frequently effect areas and people well beyond the point of origin.

It is simpler to confront an immediate calamity by dumping air-borne water on a raging forest fire or providing food and shelter to those made homeless by a stage four or five hurricane than to mobilize energy and resources to tackle a creeping cataclysm whose impact may not be much worse this year than next; but that doesn’t make it any less of a disaster.

The focus of this article is on rising temperatures in Honolulu, but this in no way negates the importance of addressing broader climate change impacts.

There are two primary ways to confront rising temperatures in urban areas. One is to retreat into our air-conditioned bubbles, whether it be our home or our car or our work site. Of course, if the energy that air conditioning requires is produced using fossil fuels, our staying cool will be contributing further to global warming.

The second way to confront rising temperatures in urban areas is trees, lots of trees.

Why trees? They provide shade; they cool the air via evapotranspiration; they absorb carbon dioxide; they reduce pollutants; they replenish the aquifer; they reduce storm runoff; they increase property values and reduce home air conditioning costs; they provide a home for birds and other wildlife; they improve the environment for learning, for medical recuperation, and for traffic safety; they improve psychological well-being; and besides all that they beautify the city, soften the impact of concrete, and provide visual happiness.

Further, the child who cares for a tree is learning about the importance of caring for the environment and other people.

So why don’t we go out and plant a bunch of trees and capture all these benefits right away?

The problem is that it takes three to four year of loving care before a shade tree begins to contribute significantly to increasing the urban canopy. Such patience and commitment is a scarce commodity in a society used to demanding instant gratification. There is an old Chinese proverb that states that the best time to plant a tree is 20 years ago; the next best time is now. And since now is the next best time, we had better get with it.

We are talking about a creeping climate change disaster: a degree or two of Fahrenheit temperature increase this year; a few more next year; maybe more the year after. And we will be saying to ourselves and our political leaders, why didn’t we plant those trees four years ago. Our lack of a sense of urgency in Honolulu about increasing our urban tree canopy today bodes ill for our future well-being.

We want Honolulu to be cool in the future so we can walk and play and run outside without the threat of heat stroke or confronting headlines calling for staying inside, as has occurred in European cities in recent years. The number one cause of weather-related deaths is heat. If COVID-19 has taught us anything, it is how much we dislike a lock down.

So, what is it going to take to vastly increase our urban canopy along our streets, in our parks, at our schools, around our commercial properties, at our residences, both single-family and multi-family?

First of all, we need a citizenry that wants and demands trees, here, there and everywhere. Our elected leaders, our civil servants, our commercial property owners, our developers, and all of us are going to have to want trees and want them now.

We need a citizenry that wants and demands trees.

Second, we need to make the public and private investment in trees up front. One study after another demonstrates that there is a three to four dollar payoff for every dollar invested in trees. That is a return that even Wall Street would like.

Third, we have to vastly increase the capacity of our nurseries and make sure they are well-financed to supply the stock and type of saplings we need. There is a great variety of trees that can contribute to Honolulu’s urban canopy.

Fourth, we need the professional guidance of trained and talented arborists and landscape architects to guide us so we plant the right tree in the right place and it receives the right kind of loving care as it grows into maturity. There is a lot more to growing a tree than sticking a sapling in the ground, walking away, and hoping it grows beautifully. It won’t.

Fifth, we need to reassure the naysayers who complain they have to rake up leaves (actually one only needs to clear those on concrete surfaces) or trees block my view (they don’t if they are properly located) or trees will interfere with my photovoltaic complex (again it is simply a matter of proper placement) or birds defecate on my car (cars can be washed; heat can’t).

The creeping catastrophe of rising temperatures in Honolulu is already with us. It is a local manifestation of climate change. We cannot undo climate change single-handedly, but we can prepare, beginning today, to lessen its impact in Honolulu by planting and caring for trees, lots of trees, thousands and thousands of trees, maybe even a million trees and guaranteeing ourselves a cooler Honolulu outdoors tomorrow. Let’s start now. 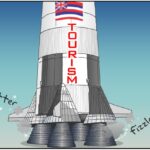 Tom Dinell is Founder and President Emeritus of Trees for Honolulu’s Future and emeritus professor of Urban and Regional Planning, University of Hawaii Manoa.

The City and State are failing us where is the map showing where the water sources are to keep trees alive until the can adjust to living in the ground. I have 6 Monkeypods as shown in the article I want them planted in schools to keep the classrooms cool. There is no interest from Government if there is let me know which school principal will contact me so I can plant it. The last time I planted a coconut treel at Waikiki Elementary I had the maintenance people tell me that they strongly objected. I believe that it is still there.

Just got to plant trees ourselves.You might want to check out these places or follow them on social media.  -Outdoor Circle Manoa (They did their 1000 tree giveaway event recently)UH Manoa's CTAHR Dept's SOAP ProgramIG: @soaphawaii They do regular plant sales of trees and garden plantsLyon Arboretum in ManoaIG: UHlyonarboreturmSimilar they'll do plant sales and events to get trees.Hui Ku Maoli in Kaneohe(Probably the nursery with the largest # of Native Hawaiian Plants in stock)IG: @huikumaoliThe owner Rick does a lot of Native Hawaiian landscaping work on projects throughout Oahu.Ohia Legacy Initiative(Gives out several hundred ohia lehua a year to different neighborhoods)IG: ohialegacyUnfortunately, current political leadership prefer rail spending to arboreal spending. Does anyone remember anything about Caldwell's 100,000 tree whatever he called it?

I saw the story of Retree Hawaii on news last night and joined but saw that all the planting locations on Oahu are in remote locations. I have contacted the city numerous times about the need for more trees in urban Honolulu and asked for local neighborhood parks to get trees just like all the new ones planted at Ala Moana Park. Our less affluent concrete neighborhoods need to breath too!