The middle class is struggling to hang on to the American Dream, such as it is. 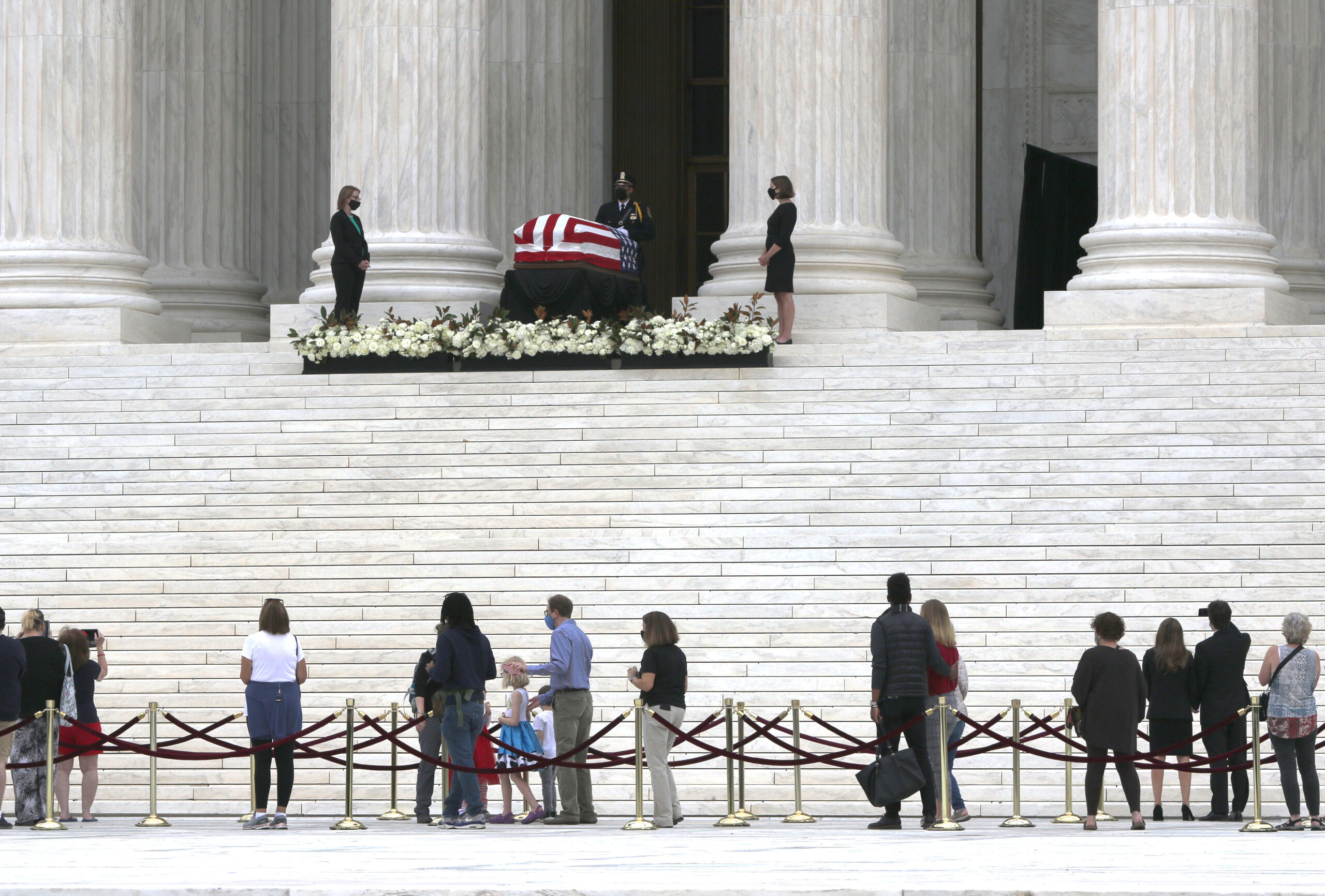 When I was an 11-year-old kid living in Milwaukee, I entered a citywide Junior Optimists Association oratorical contest with a speech called “Optimism — the Faith That Leads to Achievement.”

I only finished third, but a guy paid me a buck for a copy. My parents preserved the original under the heavy glass covering on their dresser. It was typed by the only relative we knew who had a typewriter.

The speech was about overcoming great obstacles, featuring Helen Keller and FDR. I knew little about their lives and certainly zilch about the New Deal.

I simply assumed that those two could not accomplish what they had without being optimistic. Optimism automatically filled in the blanks.

Well, I am older and wiser now. Civil Beat pays me more than a dollar a column. Now I certainly understand the power of despair.

We are living in a political world so fraught and scary, in which only a Pollyanna on happy pills will take the power of optimism for granted.

So, more than 60 years since I delivered that speech in a navy blue sport jacket with a brand new maroon, clip-on bow tie, let’s re-examine this question:

Considering the circumstances we are in, is optimism indeed faith that leads to achievement?

First we’ll take a closer look at optimism and pessimism. Then we’ll consider something good enough to overcome some despair and why this is something both so compelling and limiting.

That something good is a new Brookings Institution report “A New Contract with the Middle Class.” The report is a quiet joy in a political world full of despair.

Joy? Really? It’s a think tank publication, not some pandemic-diverting rom-com on Netflix. Plus, the report has a dire message: Saving the middle class is “an existential necessity.” If the middle class does not recover from its 50-year downward spiral, America won’t recover.

The report is joyful, because in its own and very accessible way it offers a chance to challenge despair. It’s an invitation to not simply cringe about the future for a change.

The report through no fault of its own, though, also indicates the limits of the link between optimism and achievement.

In politics faith alone does not lead to achievement. Achievement also requires effective, attentive political institutions that can bring the changes about.

And there are good reasons to believe that these no longer exist, reasons going far beyond Donald Trump and Mitch McConnell.

An old joke about Jewish pessimism goes like this: Morris is walking down the street when he runs into his old friend David. “Vos machst du? How are you doing?” Morris says.

I’ve become pretty much a David. This could be me saying, “Right now, it feels like the best we can hope for is a year where the world does not get even worse, or where the absolute worst-case scenario we might imagine is thwarted.”

But then, at the beginning of the Jewish New Year, about the same time I ran across that joke, U.S. Supreme Court Justice Ruth Bader Ginsburg died.

The Death Of Ruth Bader Ginsburg

Many things stand out about Justice Ginsburg. (Come to think of it, everything stands out about Ruth Bader Ginsburg.)

She understood the value of the struggle even if she lost. As her rabbi put it at the memorial service, “Justice Ginsburg’s dissents were not cries of defeat — they were blueprints for the future.” And she was not about to cede the future. Ever. Count on it.

There is a good chance that you find yourself where I am right now — in limbo between a David and a Ginsburg, both of which are outlier positions on the human emotions scale. You may want to be a Ginsburg, but, man alive, that is so tough.

The Brookings Contract gives you a chance to imagine a better world. It does this partially through its recommendations, but, just as important, through its inviting, accessible tone. It’s successfully designed to be an easy read — clear prose, no policy-wonk language, even the charts and graphs are enlightening rather than off-putting.

Though most of what it says about middle class decline in health, income, social mobility and overall well-being is not new, the report’s discussions will push your empathy button for sure.

That report is full of interesting recommendations, like getting rid of the income tax for the middle class, requiring universal national service and offering students two years of free college.

At its heart, though, the report is much more than a list. It’s about seeking to restore the American Dream — an “implicit understanding between individuals willing to work and contribute, and a society willing to support those in need and to break down the barriers in front of them.”

The New Contract wants more government action, but also stresses that it takes more than government to make a good life. As its authors Richard V. Reeves and Isabell V. Sawhill put it, the contract is “with the middle class, not for the middle class.”

They go on to say that “middle class Americans are not inert vessels, waiting to be filled up with good things by a benign state. They want agency over their own lives.”

I can imagine this report becoming a source of a deep discussion among people with very different beliefs. Right now, nothing else comes to mind that even has that potential.

But for anything good to happen, whatever its limits, optimism at least in part remains the faith that leads to achievement.

So back to my speech and today’s politics. The New Contract’s success faces two challenges.

The second gets less attention but is more daunting. Congress and the presidency no longer have the capacity to effectively govern. This incapacity is not a one off.  The ways in which they work are outdated, partly because of the Constitution.

The link, then, between optimism and achievement is effective political institutions. That’s a lot of burden to put on optimism.

At that memorial service, Justice Ginsburg’s rabbi said, “despair is not an option.” The rabbi is wrong. Of course, despair is an option. It’s a powerful human response that helps people get through the day.

But at the same time, writing about the justice soon after her death, Linda Greenhouse said pessimists are right more often than optimists, but only optimists can change the world.

Not so, without more than a little help from their political institutions.

But for anything good to happen, whatever its limits, optimism at least in part remains the faith that leads to achievement.

That’ll cost you each a buck. Give it to the food bank. 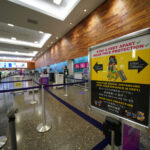 Without Data And Stress-Tested Protocols, It’s Foolish To Reopen Hawaii

The âmiddle classâ is a fictional category created to divide the broader class of working people.  If someone works for a paycheck, they are working class. We are all workers, regardless of the color of our collars or the letters next to our names. Sorry Mr. Milner but looking at our two sorry choices for president while trying to stay safe from a deadly virus and figure out how to pay our bills and take care of our loved ones does not foster a sense of optimism. Your article, with its message of "just be happy already" rings hollow.

Optimism could be said to be linked to faith in the possibility of a higher state of individual experience, a higher society of equal opportunity and justice, and a higher spirit of humanity balancing rationality and emotions.Optimism, is directly connected to blind faith in blind progress, the optimistic ideals of the American Dream, which has led us all to this glorious point of "interesting times" in human history.Considering the tenuous state the world is in, perhaps the discernment of self-doubts, the contrition and acknowledgment of past destructive passions, and the critical discrimination that is provided by pessimism, may just be what this world needs, and not more blind optimism.Pessimism sharpens the mind to the lure and entrapment of optimism that builds on false hopes and illusions, and too many times leads to failed endeavors and suffering.What do you think?