Sadly, we are not immune from a troublesome nationwide misinformation trend. 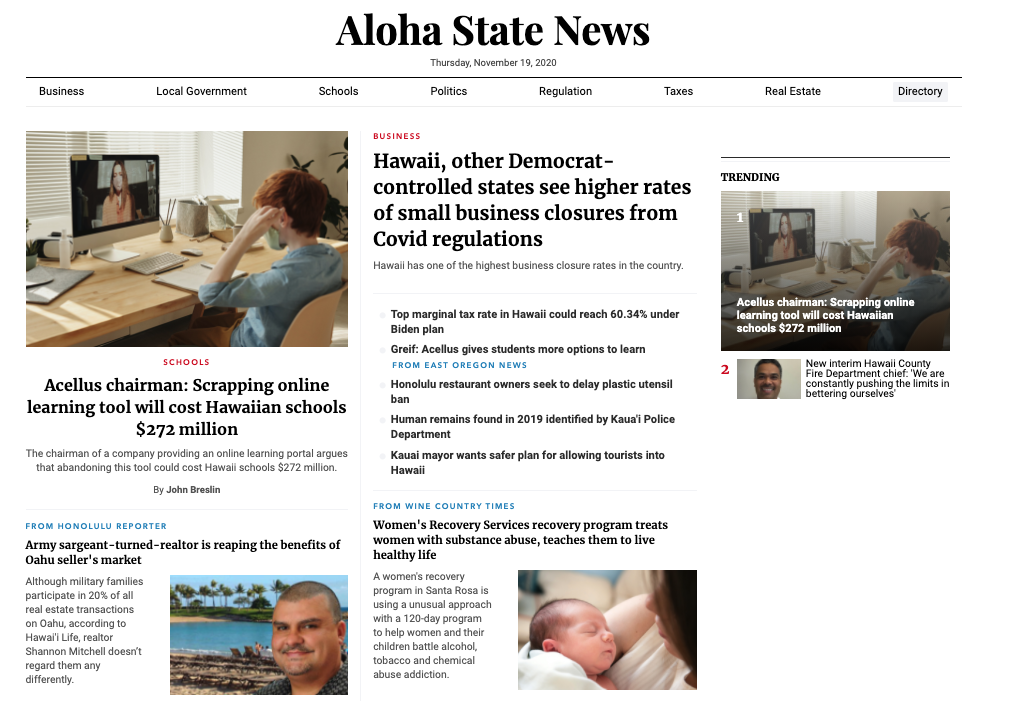 The problem, she wrote, is that Amemiya’s campaign paid MidWeek for the good press, which ran before the primary election.

“As a journalist, this bothers me: the pay-to-play idea of selling a cover story to a political candidate during an election year in a publication many people think is a newspaper. It erodes people’s confidence in objective news gathering.”

That it does. Sadly, pay-to-play networks are on the rise nationwide, according to a thorough analysis by The New York Times last month.

“A nationwide operation of 1,300 local sites publishes coverage that is ordered up by Republican groups and corporate P.R. firms,” the story explained. The online sites are filling a void, the Times reported, as local newspapers continue to fold across the nation.

You might be relieved to know that MidWeek is not among the Hawaii publications identified. But six others are, demonstrating that Hawaii is not immune from the pay-to-play trend.

I had never heard of any of them, even though I work in journalism. Judging by their content, however, none of them are worth my time, and probably not yours.

Five of the websites — Aloha State News, Big Island Times, Honolulu Reporter, Kauai Sun and Maui Reporter — appear to run near identical content, and to keep the same stories up for days at a time.

On Thursday, for example, all five ran stories extolling the virtues of Acellus Learning Accelerator, a program used by elementary and secondary students in public schools in Hawaii and elsewhere.

As Civil Beat education reporter Suevon Lee reported Aug. 24, some local schools were already dumping Acellus for its “inappropriate and racist content,” as one principal put it. The DOE has since moved to phase out the program completely.

Lee told me that she caught wind of the websites via a Google news alert long after the Acellus story broke. She noticed that some folks in Hawaii started to post about Aloha State News on Facebook in early October.

The commenters include Amy Perruso, an Oahu state representative and former school teacher.

“Whatever happened to integrity?” she posted Oct. 2.

Perruso and her Facebook friends quickly sniffed out the origins of “faux news,” as she put it — Metric Media Foundation — and how the same stories were appearing on dozens of related websites.

The Times piece said that most of the pay-to-play sites are part of Metric Media but that the ownership and financing is murky. But, as the Columbia Journalism Review reported in December, the networks can be traced back to conservative businessman Brian Timpone, something the Times confirmed.

CJR said, “These networks of sites can be used in a variety of ways: as ‘stage setting’ for events, focusing attention on issues such as voter fraud and energy pricing, providing the appearance of neutrality for partisan issues, or to gather data from users that can then be used for political targeting.”

Other articles with a political bent running on some of the Hawaii sites last week included “Hawaii, other Democrat-controlled states see higher rates of small business closures from Covid regulations” and “Top marginal tax rate in Hawaii could reach 60.34% under Biden plan.”

The five sites did not respond to my email inquiries as of Monday. But here is what Metric Media — which lists a Delaware postal address and says it is a 501(c)(3) non-profit “news content provider” — says about itself on the Hawaii websites:

“Many local and state governments operate without sufficient media oversight. When citizens are deprived of basic government information, communities and civic discourse suffer.

“Our approach is to provide objective, data-driven information without political bias. We provide 100% original reporting, including to share as much data as possible from government and other publicly available sources. We also provide a platform for all citizens whose views on issues are rarely heard. If you want a voice in your community, we want to hear from you.”

The sixth local pay-to-play website identified by the Times is Hawaii Business Daily, owned by the Business Daily network. Its content appears to amount to a series of press releases, including this one from the state Department of Business, Economic Development and Tourism: “DBEDT releases report on international students in Hawaii.”

“International students have positively contributed to Hawai‘i and our economy for many years,” DBEDT Director Mike McCartney said in the press release.

Hawaii Business daily did not respond to my inquiry, either. But Brett Oppegaard, an associate professor and undergraduate chair of the journalism program at UH Manoa, did.

“Obviously, more and more professional news organizations are disappearing, creating these news deserts across the country where there are no local journalists doing any kind of work,” he said. “And people still want local news. Unfortunately, through social media or these sort of pseudo news sites, that hole is being filled with misinformation, product placement, advertising disguised as content.”

Echoing Denby Fawcett, Oppegaard pointed out that the websites do not have to adhere to a code of ethics that many journalists follow, including the code of the Society of Professional Journalists.

What to do, then?

“It’s imperative for journalists to openly and transparently share their code of ethics, how they process information, and how they work,” he said. “The more we can teach people how ethical journalism works, the better they will be able to distinguish better between news sites.” 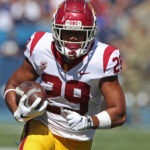 One has to ask how far journalism has deviated from it's origin of impartial presentation of the facts because just from casual observation it would appear that there is a lot of bashing of one particular political viewpoint in the media these days.  It would appear that to regain the trust of those who no longer believe in the mainstream media then the journalism profession needs to ask themselves why this is so.  As an example, millions of the Trump supporters firmly believe the mainstream media has not fairly treated the president fairly in news presentation for these past four years.  Fair or not, it is a valid point that many people have and a failure to address this dichotomy will only continue to polarize the viewpoints that currently exist about the press.

I think when it comes to politics and civics, all media outlets are biased including Civil Beat.

Not to worry Mr B.  I will continue to read your CB site.I will also comment.  Whether it gets posted is another matter.I, too, have never heard of these sites.  Although, if they start getting buzz from being reported on...its your fault.