Denby Fawcett: Americans Are Getting Creative To Celebrate Thanksgiving Safely

From contactless buffet dinners to bento box turkey and socially distanced tables, people have thought up new ways to safely celebrate Thanksgiving amid the pandemic. 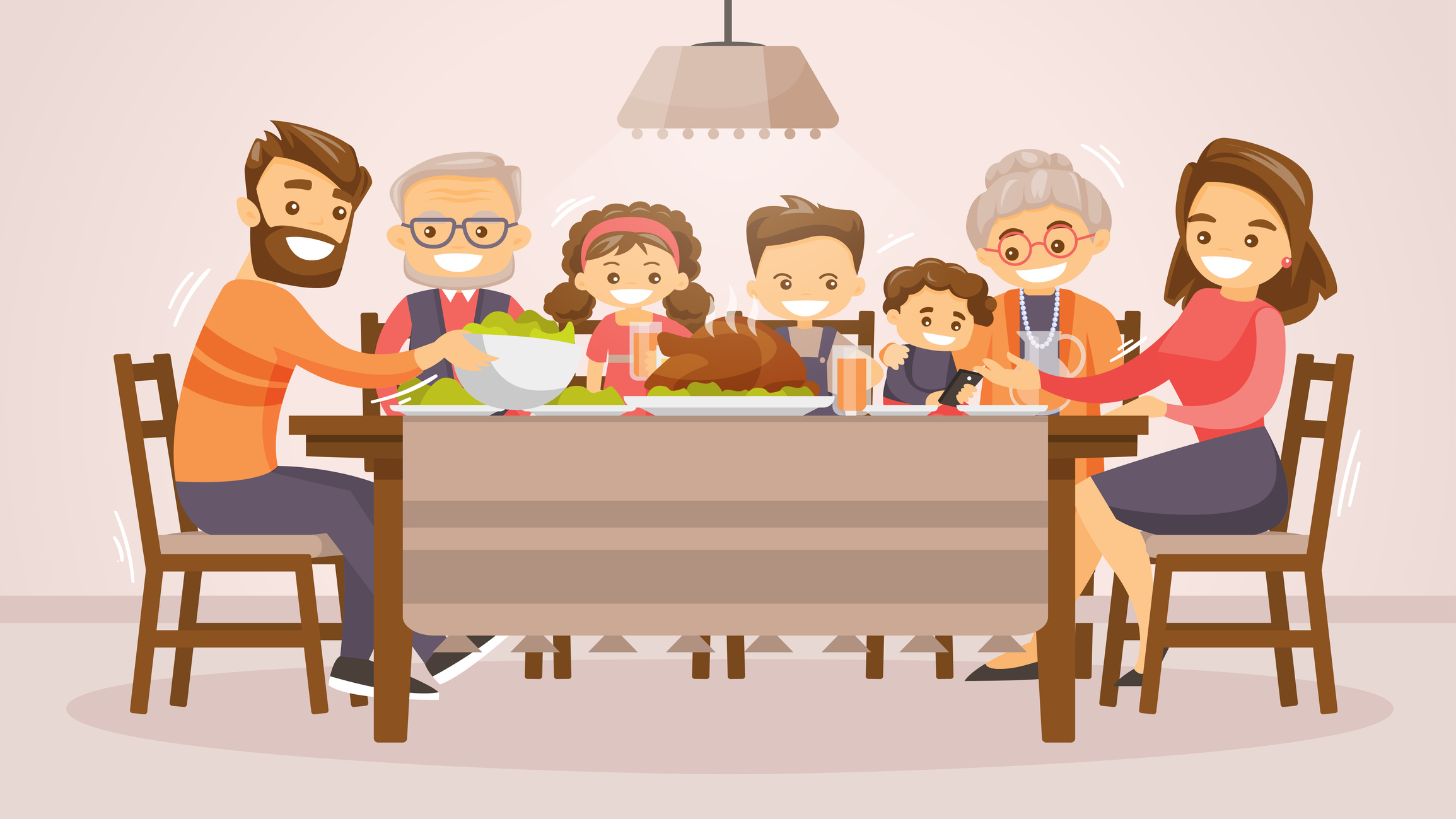 My friend Lynne Wikoff says Thanksgiving is the only true American holiday because its celebration is not rooted in religion like Easter and Christmas. It has always been a time for families from all faiths to come together over crowded dinner tables brimming with food and high spirits.

But during the pandemic, the holiday is taking a weird turn, zigzagging every which way, from families forgoing celebrations completely to saying thankful prayers over turkey and gravy dinners in plastic bento boxes.

One of the most interesting holiday innovations this year is the Kahala Hotel & Resort’s hands-off Thanksgiving breakfast and dinner buffets at a cost of $98 per person for either event.  Both services are sold out.

Everyone remembers all-you-can-eat Thanksgiving buffets at hotels where guests piled their plates high with dozens of food items they selected themselves, then headed to the dessert table at the end of the meal to load up with bread pudding and slices of pumpkin pie topped with ice cream.

The Kahala Resort says this year it will have a “contactless buffet” that will be dished out by servers.

It will begin with guests checking in at the hotel’s ballroom where they will be asked to fill out a health form and have their temperature taken before being escorted to their table in the Plumeria Beach House Restaurant.

The hotel is allowing only 200 people in the dining room that normally seats 450 to allow seating to be done at a safe distance.

Guests will then walk up to carefully spaced places in lines at the buffet table to take their turns requesting food that servers behind Plexiglas will dish out on their plates.

When the order is filled, the food will then be passed back to the brunch or dinner guest through slots in the Plexiglas.

Having food amounts managed by a server takes away some of the pig-out fun of buffets of the past like my brother Tony enjoyed as a teenager when he always took at least one of every dessert “just to try it” and then returned to the buffet table to serve himself more of the cakes and puddings he especially liked.

Tony might be embarrassed by this kind of setup that would require him to keep asking servers face-to-face for more desserts.

Duke’s on the beach at Waikiki is also featuring a touch-free Thanksgiving buffet overseen by servers.

A Catered Experience had its own novel idea for food safety this year. Before being sold out, it offered a 2020 Turkey Special Bento for $13 per person, with additional side dishes, including eight pieces of Spam sushi for $5.95. Only in Hawaii would Spam be part of a traditional Thanksgiving meal.

Catering coordinator Jodie Higa says the turkey bentos are very popular this year for their safe individual wrapping and because customers don’t want to be stuck with a lot of leftovers from smaller gatherings.

Higa says they were able to offer the bentos only until Thanksgiving Eve because on Thanksgiving Day A Catered Experience, which is part of the Zippy’s restaurant chain, will be busy making whole turkey take-out packages.

Sheryl Matsuoka, executive director of the Hawaii Restaurant Association, says island restaurants this year are all getting orders for whole Turkey takeout packages for smaller families of four to six people rather than the 10-12 person packs customers ordered in the past.

“People seem to be taking to heart the governor and the mayor’s request to keep Thanksgiving gatherings small,” says Matsuoka.

Some of the country’s 2,500 turkey farms have been thrown into chaos by this pivot to small gatherings for pandemic safety. The turkeys they were raising for Thanksgiving were already growing larger at the same time retailers started putting in orders for more small turkeys of the 10-to-14 pound size.

Supermarkets are also selling more turkey parts this year such as turkey breasts and legs instead of whole birds for downsized Thanksgiving feasts.

Home gatherings this year have to be creative if the intention is to share food with a large group.

Honolulu attorney Margie Au, her two brothers and their families have found a safer way to put together the large family Thanksgiving they have been celebrating for the last 50 years.

They call it a Thanksgiving Food Round Robin. It is a socially distanced potluck with each household putting together a couple traditional Thanksgiving dishes, then driving their food contribution to the other household for contactless delivery.

Here is how it will work: Margie is roasting the turkey, baking sweet potatoes, making gravy and contributing assorted crackers and cheese for pupus. Her brother Mo and his family will make the mashed potatoes, homemade pumpkin pies and another dessert.

Her other brother Mike and his wife, Julie, will be contributing vegetables. Not the boring kind of vegetables we hated as children but dishes like Brussels sprouts with pancetta and lemon roasted asparagus with crisp fried onions.

Everyone packs enough for the other participating households to be delivered around 4:30 p.m. on Thanksgiving Day, with family members pulling up in their cars and popping open their trunks.

The recipient grabs the delivery from one trunk and places in the other the foods he or she has made to contribute.

“We all wave at each other. Then they drive off. This is very much pared back from our usual Thanksgiving, which has typically included caramelized pearl onions, baked spaghetti squash, assorted salads and other appetizers.

“Calabash Uncle Edward (92 years old) will be the only guest dining with us, outside in our backyard, sitting in a lawn chair ten feet away from us. He usually brings a fruit bowl,” Margie says.

Margie’s mother, Lily Au, who will turn 100 on Christmas Eve, will be having Thanksgiving dinner in her apartment at Kahala Nui retirement community.

“She is very happy with this arrangement,” Margie says, adding that they have celebrated Thanksgiving gathered together as a family for half a century so missing it this year because of the pandemic “is a blip in time.”

That’s the way I want to think about it, too — “a blip in time” — although the pandemic has seemed endless.

Like everyone else, my own celebration will be different, smaller, simpler.

My friends and I will go on our traditional Thanksgiving early morning hike, but instead of our usual walk to the summit of Diamond Head  — now closed because of the pandemic  —we will hike among the cactus plants at the Koko Crater Botanical Garden.

And rather than our usual post-hike potluck picnic breakfast with many different kinds of fruit and pastries, my friend Alia Pan will bring coffee and I will bring each hiker an individually wrapped cranberry scone.

In the evening, my husband will have just two guests for a full Thanksgiving dinner with a roasted turkey breast instead of our usual turkey.

We will keep our distance on the deck outside as we watch the sun set over Diamond Head, taking off our masks to enjoy turkey close to the end of the strangest year most of us have ever experienced. 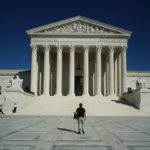 I would argue Thanksgiving is rooted quite firmly in American Christian tradition.  Anyway, we are also having a downsized feast.  But I predict full bellies and full hearts once the pie's been gobbled.Happy Thanksgiving, everyone! :)