Without clear rules, people are taking it upon themselves to chastise strangers for not wearing a mask -- sometimes in situations where masks aren't required. 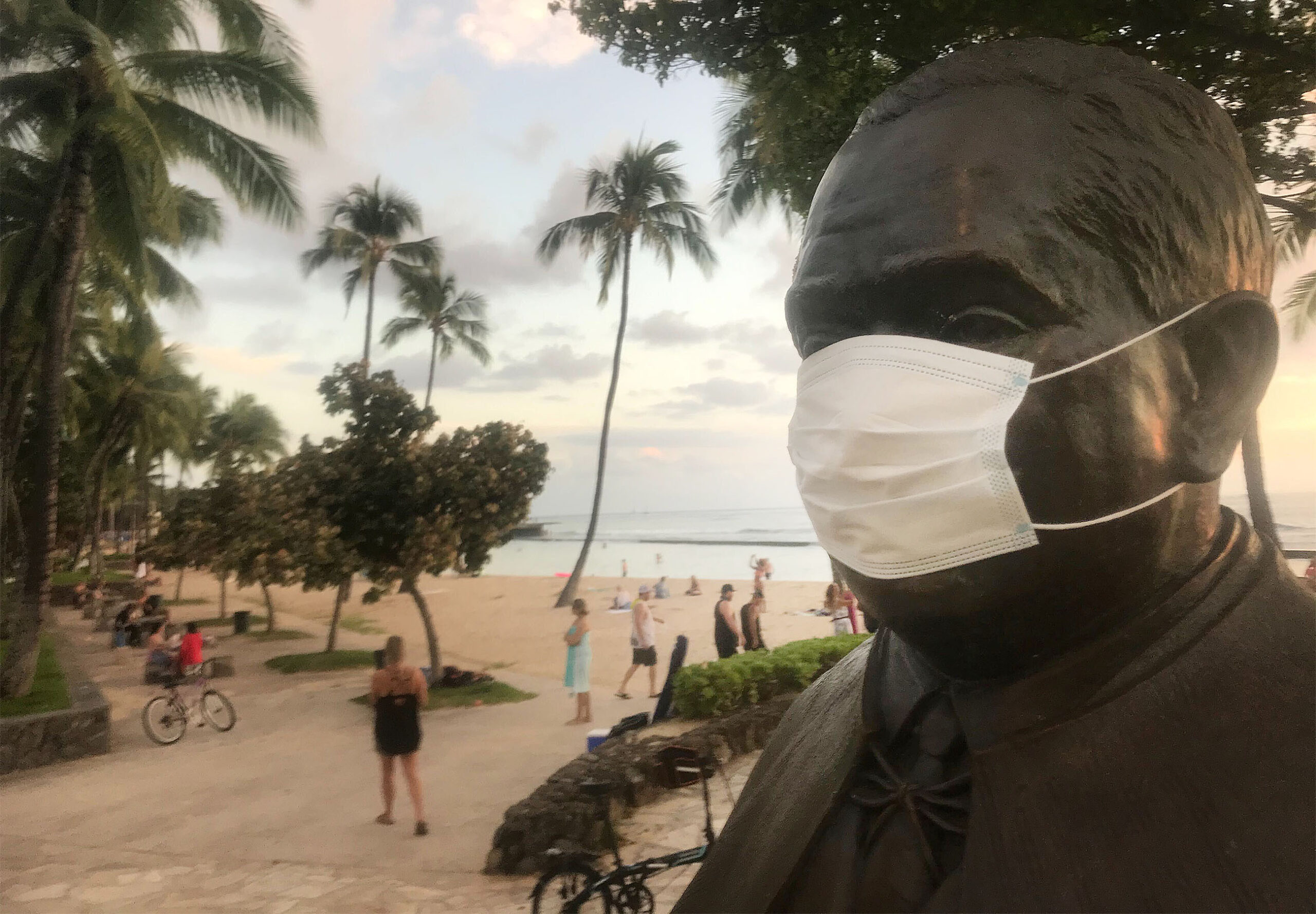 Mask shaming is happening in Hawaii because people are confused about exactly when and where they must cover their mouths and noses.

Shaming is when people confront others they think are breaking rules and try to get them to change their behavior.

The mask shaming —sometimes hostile — can happen two ways: when mask wearers tell others in a harsh tone to cover up or when people without masks get belligerent when they are told they have to wear masks.

A sales clerk in Nordstrom Rack in Waikiki told me that happened last week when a tourist shopping in the store refused to wear a mask and blew up when he was informed it was the store’s policy.

I was “shamed” myself when a woman came up very close to shout at me when I was walking by myself in the pre-dawn hours on the Fort Ruger Pathway on Diamond Head without a mask. I thought I was far away from anyone until she sidled up to admonish me.

Critics say the state’s mask order should be one clear mandate that applies to all four counties.

The current order is a jumbled mess with each county allowed to create its own set of mask rules.

Waikiki Improvement Association President Rick Egged calls the state’s mask order “squishy” — meaning something you can’t get your brain around. To mask or not to mask? When? Where?

Egged says the problem is that the order does not clearly state that a person must wear a mask. He says hotels are urging tourists to comply but they can’t tell them they have to.

Another problem is that the punishment for violating the mask order is too harsh: a criminal misdemeanor calling for up to a year in jail and a fine of up to $5,000 or both.

House Speaker Scott Saiki says the first thing the governor needs to do is amend the emergency order to say clearly that masks are to be worn in specific situations statewide.

“The current order is ambiguous. He needs to do something immediately,” says Saiki.

After that, the penalty provision of the mask order needs to be reduced because it is unenforceable. That takes legislation.

Lt. Gov. Josh Green says the current sanction is unenforceable because it will clog the courts, give violators criminal records and is difficult for the police to manage.

Green says the state attorney general is working on a bill for the Legislature to reduce the current penalty requiring a court appearance down to a citation — like a ticket for a jaywalking or traffic violation.

Green says the fine should be about $100, which would be large enough to make a person think twice about walking down the street to Starbucks without a mask.

Maj. Gen. Kenneth Hara, director of the Hawaii Emergency Management Agency, said in a recent news report that the state hopes for a special session of the Legislature later this year to get the mask penalty reduced.

But back to mask shaming. It happens when the rules are unclear and inconsistent and the people interpreting the regulations are fearful — like now in the middle of a pandemic.

When people are confused about rules, they tend to grasp the part of the rule that validates their personal belief and then run with it even when their interpretation might be incorrect.

A group of friends who walk every Saturday morning said they were getting out of their cars at Ala Wai Community Park recently when they were confronted by a disgruntled man who yelled at them to put on their masks.

“We did what’s logical when confronted: disengage and walk away,” said Maura Okamoto, a retired per diem judge who was part of the group being shamed.

Oahu’s mask order allows people to be without a mask outdoors if they can keep 6 feet apart from people outside their household.

This is confusing to some residents who mistakenly think the order calls for people to always wear masks outside no matter what the circumstances.

My friend Alia Pan said she was walking in Hoomaluhia Park in Kaneohe when she saw a woman rush up very close to lecture a man and his son in the park about masks.

The man had been far from the woman taking what looked like a graduation photo of his son. Both of them were in a big open botanical garden without masks.

Alia said the woman went right up to the man and his son, yelling, “Put on some masks. You are not social distancing. Six feet. Six feet.”

Manoa resident Sharon Young was taken aback recently by the number of unmasked people she saw in Waikiki.

She didn’t exactly shame them but she got involved. She went up to one maskless couple walking their dog along Kalakaua Avenue and told them it would be nice if they considered wearing masks.

“The woman said, ‘Thank you.’ But the man said, ‘Fuck you,’” Young said. “Obviously, my suggestion didn’t work.”

The Hawaii Quarantine Kapu Breakers group says it goes out to tourist areas on the different islands to remind visitors to wear masks, not shaming them but rather explaining the mandate and handing out masks.

Angela Keen, a former TV news reporter who founded the Kapu Breakers group, says the reception that volunteers get can sometimes be hostile or clueless.

Keen said that the visitors they offer masks to usually decline saying they tested negative and don’t need a mask.

“Our members have also come across tourists who are loud and belligerent, screaming at the top of their lungs, telling them where to go and saying fuck you,” she says.

When visitors are belligerent, Keen says she tells her members to walk away.

“We don’t want to cause scuffles,” Keen says. “Shaming doesn’t work with the people we encounter. It doesn’t help to be mean.”

Keen says Quarantine Kapu Breakers membership numbers 6,000, with about 200 people working actively on the ground to make tourists aware of the mask rules.

Keen says they uncovered 70 quarantine violators with evidence they turned over to the State Attorney General’s Office.

But now with visitors avoiding quarantine by taking a pre-travel test for COVID-19, the group has shifted its focus to encouraging visitors to wear masks.

“Until there’s a vaccine, wearing a mask is the single most important thing we can do,” she says.

The members have been described as a vigilante group but Keen says that’s an inaccurate description of their activities.

“I don’t like the word vigilante. We are a community action group. Vigilantes are people in the streets taking matters into their own hands. Think of us as a virtual neighborhood watch,” she says.

State Senate President Ron Kouchi says he needs to see a proposal from the state before he’ll consider a special legislative session to reduce the penalty for mask violations.

Saiki says there has to be a compelling reason to convene a special session on the mask penalty issue and up until now he has not seen that.

Currently, the state’s COVID-19 data dashboard shows — with data gathered by observation — that 84% of Oahu residents are wearing masks and on the neighbor islands mask wearing is in the mid to high 70s.

Green says the importance of mask wearing cannot be overstated.

“If we got to 90% mask wearing we would have no pandemic. Period,” Green says. 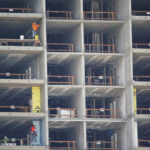 I was on a walk/jog last Thursday along the mauka sidewalk of Ala Wai next to the canal. I don't wear a mask on my workouts, because it's hard to breath and my sunglasses fog up. I carry a handkerchief and cover nose and mouth when approaching others, before 6' away. A jogger was about 200 yards ahead of me. I saw 2 HPD officers at the curb, & thought they were ticketing cars parked past the 8:30 limit. Wrong. The first one stopped the jogger, and the second approached me with his palm raised. I was at least 10' away, but covered up. He told me I was required to wear a mask. I replied that the rule said a "face covering" within 6' of others, but he insisted it had to be a mask. I chose not to argue, wanting to continue my workout. He said "I'm not going to cite you" like it was a big favor. But he demanded my name, phone # and DOB, saying they keep records of everyone they stop. Why DOB? Made no sense. I let it go, and went on my way to to the far end of Ala Moana beach park. On my return through the park, I decided to count how many people I saw without face coverings. It was 16 by Atkinson. Not a single HPD officer in sight. How's that for arbitrary?

If you truly care about yourself, family members, friends etc and would like to finally see the number of infected cases dwindle or better yet, disappear you should at all times wear a mask especially when youâre not at home and no matter if no one else is around. I just donât see a reason why it would have to be made into a law to do something so simple as wearing a mask when youâre out and about for your very own protection to avoid getting sick as well as others you come in contact with. Yeah, weâre all in this together but itâs hard to get out of it together when (seriously) there are others who feel that they need to be told to do something (like wearing a mask) in order to do it and itâs mainly for their very own protection. These people see the numbers, hear of how sick the people who got infected  felt and see and hear of the number of lives this pandemic took from us and still donât get at how serious this really is and instead of being safe would rather be sorry and look and sound really stu$!@ while they do it.

Aloha Civil Beat --- my modest proposal is that our Ambassadors of Aloha in Waikiki have some masks to pass to people without.... it's not shaming if you supply what is needed.  The act of ticketing people is horribly expensive, and may not get you to where you want to be - mouth and nose covered - so why can't we practice Aloha by supplying a disposable mask?  Also --- there is no soap in the public restrooms - how to effectively wash one's hands during Covid?....there are simple solutions to real problems if we decide to be practical in our approach.