Denby Fawcett: The Hibiscus Drive Neighborhood Is Slowly Coming Back To Life

Tragedy struck the venerable Diamond Head neighborhood in January when two police officers and a longtime homeowner were killed and a fire that started during the rampage burned numerous homes. 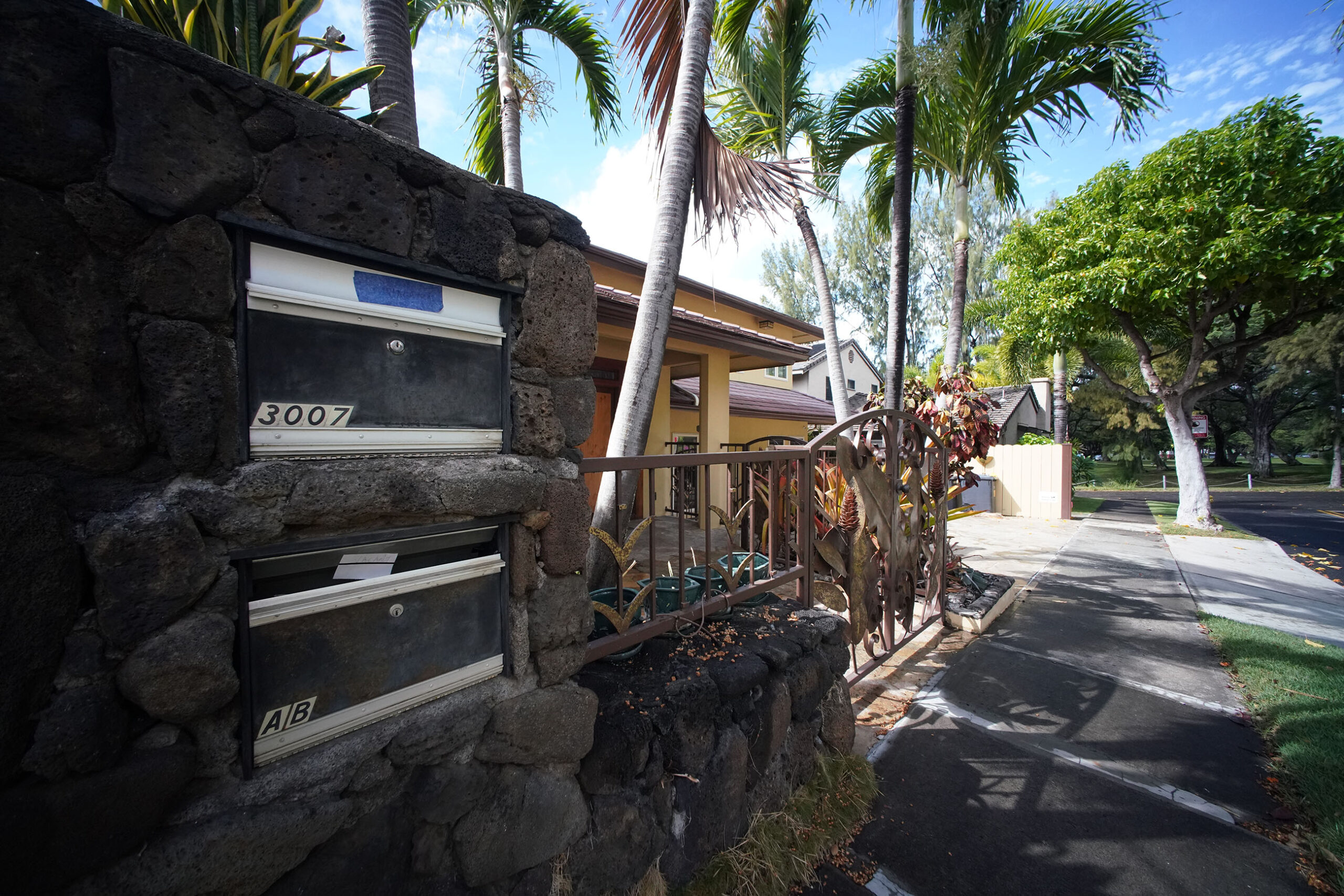 The Hibiscus Drive property on Diamond Head where Lois Cain and two police officers were killed Jan. 19 is for sale.

An ad in the Honolulu Star-Advertiser on Nov. 15 listed the vacant lot at 3015 Hibiscus Drive as “Home of the Week.”

A color photo in the ad featuring 3015 Hibiscus Drive calls it “A rare opportunity to own a vacant lot in the foothills of Diamond Head. Build your dream home where luxury meets charming in this historic neighborhood.”

Looking at the ad, I wondered about how difficult it might be to sell what must be the most notorious property in Honolulu.

The answer from the realtor with the listing, Carol Kage, is that such a property known in real estate as “stigmatized” must be presented to potential buyers with great transparency.

Hawaii law requires a seller of property to disclose if a murder or a suicide has occurred on the premises.

The property for sale is where Lois Cain’s longtime tenant, Jaroslav “Jarda” Hanel, also known as Jerry, is believed to have stabbed Cain with a three-pronged gardening tool, stabbed another tenant who tried to stop him, and then killed two police officers responding to a call for help.

That was before Hanel apparently set the house on fire and then fatally shot himself in the head, leaving the injured Cain to die in the flames.

Two days before the fire, Cain’s attorney had served Hanel with an eviction order, but a neighbor says he was angry and refused to leave the home where he had lived for more than a decade.

Autopsy results from the Honolulu Medical Examiner’s office by forensic pathologist Yoshiyuki Kikuchi show Cain, 77, was still breathing when she burned to death.

Hanel’s cause of death is described in the autopsy as suicide from a probable gunshot wound.

Gisela Ricardi King, who was one of those stabbed by Hanel, has recovered and is living in a rental property with her husband and child on nearby Leahi Avenue.

The fire destroyed six homes in the neighborhood, including Cain’s, and damaged five others.

“When people call to inquire about the lot I tell them to Google 3015 Hibiscus Drive,” Kage says. “I want them to have all the facts about what happened on the site. They need to do their own due diligence. I can only tell them what I know about it. I don’t want to leave out anything.”

She says most people who call to inquire already seem familiar with the address.

“It is a small community here,” she says.

After more than 40 days with no offers, Kage says she recently lowered the price from  $1.6 million to $1.45 million.

She says a combination of factors is probably slowing the sale besides what she calls “the tragic incident,” including the pandemic, with fewer local and mainland buyers looking at real estate. Also vacant lots can be more difficult to sell than homes, due to the time it takes to get permits, a contractor and materials before anything can be built.

Another possible turnoff for a prospective buyer of 3015 Hibiscus Drive is that the sale must be approved by a probate court judge because Cain died without a will.

Still, Kage says any property will sell if the price is right for a particular buyer.

To date, realtor Warren Daniel is the only Hibiscus Drive property owner to sell his damaged home, which is next door to Cain’s.

The ad for Daniel’s property at 3007 Hibiscus Drive stated it would take at least $700,000 to restore the structure to its pre-fire condition.

Ad copy said the seller was motivated and looking for a quick sale.

Daniel sold his two-story home Oct. 14 for $1.8 million — less than half of the $3.8 million he had asked for it before it was damaged by the fire.

In April, Daniel filed suit against Cain’s estate for damages for what he claims was the intentional destruction of his home and mental distress from her tenant Hanel’s violent and sometimes physical aggression toward him lasting more than five years.

Daniel says Hanel broke his left shoulder and threatened him with continuing physical harm and even death.

He took out three-year restraining orders in 2014 and 2018 against Hanel, which he says Hanel ignored even after he kept getting arrested for the violations.

In the suit, Daniel says Cain was aware of Hanel’s erratic and hostile behavior yet refused to evict him despite multiple pleas from Daniel and other neighbors, even while she endured mental abuse from Hanel herself.

Others who were displaced from the neighborhood just want to come home. Longtime residents Ellen and Russel Freeman, whose home was next door to Cain on the other side at 3019 Hibiscus Drive, say they have no intention of selling and leaving the neighborhood.

They are looking forward to starting construction in January on the lot where their 1925 Craftsman bungalow once stood, a home so distinctive it was on the Hawaii Register of Historic Places.

They have hired historic restoration architect Glenn Mason to build on the same footprint a house that Russel Freeman says will be similar to their former bungalow.

“We are trying to recreate the same scale and feeling in the home that people liked about the original houses on Hibiscus Drive,” said architect Mason.

Ellen Freeman was raised in the house, which her father bought in 1959 when she was a year old.

“We had years of happiness, years of joy in that house. The neighborhood has always been a place of much happiness and sharing where every July 4 all the neighbors got together for a potluck picnic in Kapiolani Park. We can’t let this incident stop us from moving back,” she said.

They have been living in a rented condo on the coast at Kapua while waiting for a building permit.

Russel Freeman says when the destruction happened they were shattered. There are memories that linger.

“I think the real tragedy is that the powers that be would not do anything about an obviously deranged human being. There were hundreds of red flags over the years. It needn’t have happened. It could have been prevented,” he said.

Newton Wong, whose family owns the house at 3020 Diamond Head Road directly behind Freeman’s property, says they have already started to rebuild from the fire that spread from Hibiscus Drive.

He said his family had owned the house for more than 30 years, maintaining it as a rental property.

On the day of the fire his tenants and their five children were at church. They returned to find everything they owned burned in the flames.

Wong called his former home “a nice old Hawaii style beach house with an outside shower where the tenants who were usually surfers liked to wash off outside in the warm water from a solar heater on top.”

He said although they lost the old house, he is relieved his tenants were not hurt.

William “Pick” Bye, a longtime Hibiscus Drive resident, also is planning to build a new home to replace his residence, which he says was filled with childhood memories.

He and his wife Catherine are the owners of 3023 Hibiscus Drive, where all that remains is a vacant lot where their home — painted a warm light yellow color — once stood.

It was one of the many homes on the street that were still standing from the original Diamond Head Terrace subdivision built by the Henry Waterhouse Trust Co. Ltd. in the 1920s.

The board-and-batten home with a shingled front wall had a distinctive arched front door with a curved iron security gate to match.

What many neighbors remember about the home is that Catherine kept up their Christmas lights all year long.

“But nobody seemed to mind,” she said.

“They were on a timer and I liked seeing them on when I got home after dark from work. Gave the house a warm and cozy feeling for me.”

Pick’s mother bought the house in 1972 when he was a junior in high school.

Catherine says although they plan to rebuild, they still have not applied for a building permit.

She says they are slowly moving forward while working on other responsibilities demanding their attention.

“In the months after the fire it was emotionally draining to sift through the ground trying to find anything salvageable,” she said.

Many memories are still vivid about the day of the fire. She watched from a home where she briefly sought refuge as the tall Norfolk pine directly behind the house burst into flames. “I knew then our house was gone.”

“It is a very special neighborhood. I miss driving home from work and seeing the big trees and the children playing in the street with Diamond Head right there and the ocean on the other side,” she said.

Pick Bye said they have been talking about how wonderful it would be if the city bought the lot where Cain’s house stood and turned it into a memorial park.

“Especially to honor the two police officers who were killed,” said Catherine. 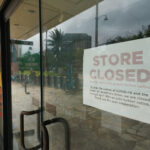 I second the idea of placing a park to honor those killed and as a reminder that we need to act quickly in such cases where mental illness is apparent. Perhaps SHOPO could get involved in the purchase of the land to honor their fallen officers. Otherwise who knows if some uncaring investor decides to build a rental there.

Itâs a small neighborhood-And so close by for me - I was thinking of this yesterday with a lot of sadness.  I just remember so many sirens and being told to stay inside.  I have been avoiding the area - but the idea of putting a small park on the land where the epicenter was is worth considering, maybe the neighbor suing the Cain Estate could reconsider - surely a physical reminder of our inability to address mental health disasters will bring us closer to a solution?  We could do better - this was a horrible - awful outcome - so many people impacted and loved ones scarred and dead.  The community needs a garden, not a monster house on the 5500 square foot lot.