Hawaii’s public schools and university system in particular can and must do more to address systemic racism and sexism. 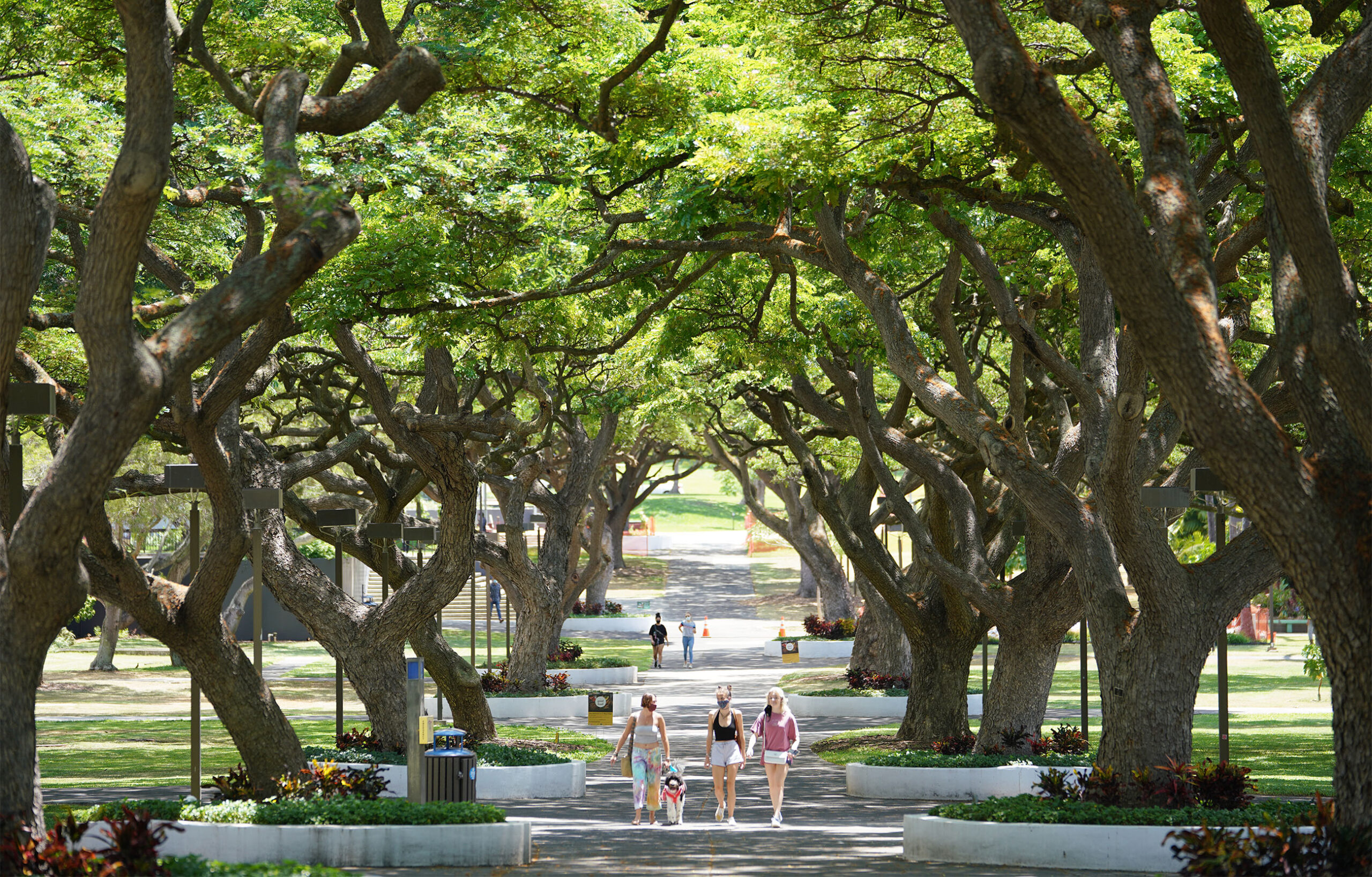 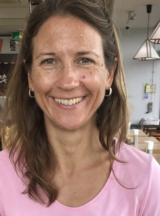 Colleen Rost-Banik is a sociology lecturer within the University of Hawaii system and plays an active role in Hawaii Scholars for Education and Social Justice. Her research focuses on higher education, stratification, and community engagement.

Budgets are moral documents. Of course, there are other ways to determine what we as a society value, but in a world where basic needs cost money, budgets represent what we prioritize in life. Budgets are an expression of societal values. As the state of Hawaii considers how to reconcile its budget with the economic consequences of the COVID-19 pandemic, we need to remember this.

The major hit to the state of Hawaii’s budget ripples out to public institutions that are vital to our lives. Gov. David Ige’s proposal to furlough government employees equal to 10% of salaries is especially concerning for how it will impact education. Even the suggestion of furloughs is unethical.

Hawaii Scholars for Education and Social Justice has presented how funding shortages in public education result in student inequities that negatively impact Native Hawaiian, Pacific Islander, and Filipino students at disproportionate rates. The already low pay of teachers (the lowest in the nation when adjusted for cost-of-living) hinders our ability to recruit and retain a high quality teacher workforce.

In less than one year, the influences of such a daring strategy can already be seen; recruitment into state teacher preparation programs increased, retention rates among high need fields and hard-to-staff schools grew, and the state now has the lowest percentage of vacancies in special education in its history.

However, the Hawaii DOE proposed this funding initiative on its own, hoping the state would recognize its value and follow with necessary funding. After decades of unsuccessfully battling teacher shortages, especially in areas working with youth and families who are often marginalized, can we truly afford (literally and figuratively) to lose funding and salaries in K-12 public education?

Budget shortfalls are also drastically impacting higher education. The University of Hawaii System is making cuts across all campuses. The most publicly available and largest proposed cuts are at the state’s flagship campus, University of Hawaii Manoa, where a budget committee has recommended cutting or streamlining a number of academic departments and programs. While this is an iterative process and is not over yet, the initial suggestions by the administration are both telling and concerning.

After reviewing enrollment numbers, ratios of students to employees, the amount of degree programs that each department offers, and a few other data points, the budget committee submitted their preliminary suggestions for addressing the looming budget cuts. In September, proposals included the recommendation that American Studies, Asian Studies, Ethnic Studies, Pacific Island Studies, and Women Studies “partner” with Interdisciplinary Studies to boost enrollment in their courses.

While partnering sounds benign and even helpful, the subtle prescription was that eventually all of these departments would be merged into the overarching unit of Interdisciplinary Studies. Other propositions were terminating the bachelor’s degree in Philippine Language and Culture, and ending the Ph.D. in Social Welfare.

Additionally, UH’s planning ignores the importance of these departments as systemic racism and sexism plague the national and local context. Not only has there been heightened attention on racial injustice in policing but during the pandemic we also have seen increased cases of domestic violence and housing precarity.

These departments not only examine and teach about these important issues but also offer creative ways to address them. For instance, Ethnic Studies has connected with ‘Āina Aloha Economic Futures which has been incubating community-based economic recovery plans that offer promising alternatives rather than dismiss how violence is perpetuated by current economic systems.

Coincidental or not, it is important to examine the parallel and timing of UH Manoa’s specific suggestions to President Donald Trump’s executive order attacking Critical Race Theory, anti-bias training, and history curricula that examines the United States’ legacies of racism, white supremacy, and misogyny. UH leadership’s recommendations could be perceived as supporting the executive order.

Budgets are an expression of societal values.

Luckily, after UH faculty pushed back and noted the incredible significance of these academic fields, most of the above recommendations have been removed or tempered. UH’s decisions should be applauded in this regard.

However, a number of troubling proposals remain in UH’s recommended reorganization, including eliminating the bachelor degrees in Religion and Dance (only offering minors), cutting the Ph.D. program in Theater, placing the Center for Public Policy under the University of Hawaii Economic Research Organization, and multiple cuts within the College of Education regarding programs that do not directly support teacher licensure.

The preparation of teacher candidates is extremely important, but also crucial is the support of school administrators, support staff, and the broader study of education, what it means, its history, how it happens, and the varying contexts in which it happens.

Despite ongoing conversations about these proposals, making decisions about academic offerings based on tuition that accompanies student enrollment in courses and majors is not an appropriate way for public educational institutions to operate. A business model that equates incoming dollars with educational and societal worth is not only morally corrupt but also assumes that higher education should only correspond to the labor market.

When we subscribe to that model, we neglect our obligation to the state’s residents and forestall the possibility of envisioning a Hawaii that is more equitable and sustainable for our overall well-being.

In solidarity with the November 19th Day of Action collective, we need to call on our leaders, colleagues, and partners to affirm the central place that anti-racist policies, practices, and curricula have in our institutions of public education. We need to call for an increased commitment to and investment in resources to build the capacity of our educational institutions to address racism — as it intersects with colonialism, anti-Blackness, white supremacy, sexism, and other forms of oppression — through personnel, curricula, professional development, programming, and policy interventions.

This is a moment when the target of attack is not merely anti-racist education, but the much broader work of educating for a democracy that fosters collective understanding, appreciation, and acceptance. Our public schools and university system can and must do more to intervene, including resisting what on the surface level appear to be quick and easy financial savings. The moral consequences of these proposed budget cuts for our society are much too great.

All Hawaii residents, including legislators, need to re-envision the state budget so that it aligns with our values. This means prioritizing public education. It also means ending the tax breaks given to luxury developers, cutting the exorbitant amount of money spent on policing, examining the rainy day and special funds that can be used for general fund expenses, and finding ways to distribute CARES Act money in a timely fashion so that we don’t lose the opportunity to subsidize what truly matters.

Without connecting our budgets to our values, we remain complicit in legacies of oppression. 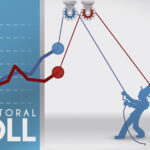 Colleen Rost-Banik is a sociology lecturer within the University of Hawaii system and plays an active role in Hawaii Scholars for Education and Social Justice. Her research focuses on higher education, stratification, and community engagement.

There is nothing wrong in merging departments when enrollment is low. There is something wrong in the UH Ethnic Studies department partnering with Aloha Aina Economic Futures because several of their founders are extremists whose ultimate goal is sovereignty. We canât change the past and weâve come a long way in helping Native Hawaiians and Pacific Islanders with educational opportunities but funneling those students into these "we are the victim - white man is bad" programs instead of a well paying STEM track is part of the cycle that perpetuates this victim mentality. That is not to say that Ethnic Studies, Womenâs Studies, Hawaiian Studies, Poli Sci etc. are not valuable. On the contrary, when taught in a balanced way, they can open our minds and hearts. Unfortunately at UH, there are too many extremist professors partnering with even more extremist protestors and teaching propaganda to students. And this is coming from a proud UH Manoa grad woman of color who is a liberal.

The 'legacy of oppression' that this sort of talk continues is the oppression of taxpayers who aren't getting their money's worth.  Every person in this society has civil rights, multiple entitlements when income is low, the right to vote, own property, freedom of movement, speech, religion, choice of occupation, and is only subject to jury duty or a sanction for violation of law. People from all over the world clamor to enter this country and attain citizenship.  Immigrant cohorts from most other nations find average family incomes earned here exceed those of average existing citizen families. 'Black' people, 'brown' people, all 'colors' come and thrive here. Yet these comfy indoor air-conditioning talk-story jobs persist, reiterating endless litanies of 'anti-racist' words.  Being 'against' an abstraction is not the job of public servants.  If UH needs to cut some programs that don't pay their way....so be it.  Oppression is the 4.72% GET on everything that moves to pay for this kind of rhetoric.

As an immigrant whose family barely makes it from paycheck to paycheck and as a member of an incessantly demonized and discriminated-against ethnic group, you'd think I would love the author's proposals. But I don't. In fact, every bit of my personal  struggles and experiences indicates that these proposals are counterproductive and would only keep the people they are intended to help locked in the vicious cycle of hopelessness, dependence and anger. Public schools and universities were created to raise productive members of the society, to educate the next generation of inventors and creators, scientists, engineers, builders, teachers, doctors, musicians, and so on. By deflecting funding from this core mission to various feel-good sideshows, we are depriving our public-school kids of a quality education, which in the modern society is a prerequisite for having a fighting chance to do something good and constructive with one's life.