The Hawaii Legislature must amend our new vote-by-mail law so the long lines we saw Tuesday do not happen again. 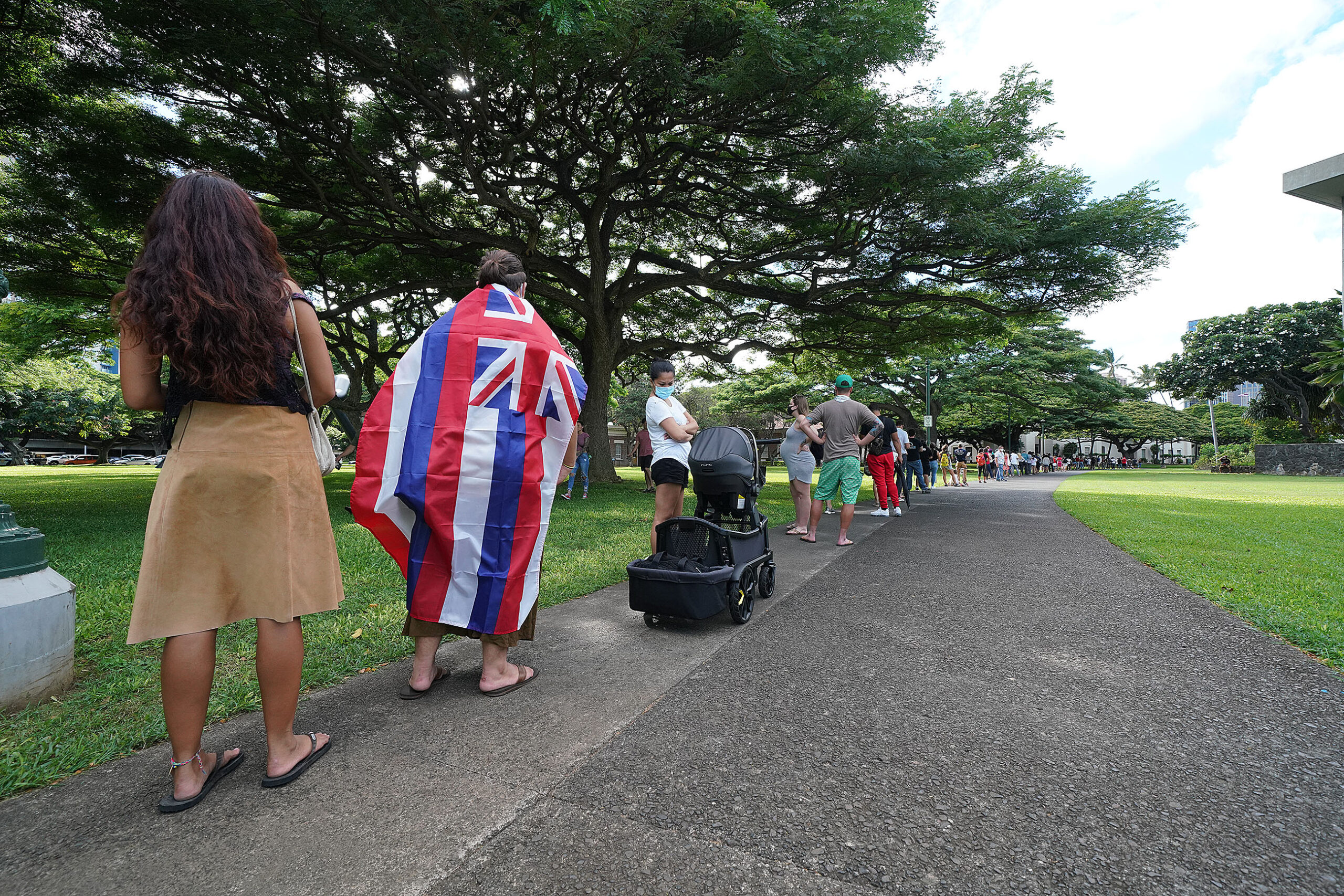 There was never any doubt that Joe Biden would easily defeat Donald Trump in Hawaii. Public opinion polls confidently and accurately made that prediction weeks ago.

Still, it had to be a tremendous disappointment for thousands of voters who heard the news announced by major media organizations hours before our polls officially closed.

Those voters, some holding babies and some standing for as much as six hours, were patiently waiting to cast their votes in orderly queues outside city halls in downtown Honolulu and Kapolei.

Meanwhile, everyone in the state was denied the opportunity to know the results of all the elections statewide until the first batch of results was released around 11:30 p.m., four hours later than expected.

Waimanalo resident Mark Hartsock wears a Hawaiian flag while standing in a long line to vote in the 2020 general election Tuesday near Honolulu Hale.

Let’s not lose sight of the remarkably good news that Hawaii’s first vote-by-mail election resulted in few glitches overall and an enormous leap in turnout. How positively refreshing to see local folks hankering to cast their ballot in a state that has been a poster child for voter apathy.

But the delay debacle on Tuesday should never happen again. The Hawaii Legislature must make it a priority to amend Act 136 of 2019 by requiring more voter service centers. The law only asks that each of the four counties have such a center, leaving it up to the counties to determine how many are necessary, and where.

That led the City and County of Honolulu to set up just two centers located only 21 miles apart on an island 596 square miles in size with a population of nearly 1 million. At minimum, we would have benefitted having had voter service centers in Central Oahu near Mililani, on the North Shore, and in Hawaii Kai and Kaneohe.

It’s important to emphasize that voting by mail is still a very new experience for Hawaii voters. We are also only the fifth state to have such a system.

Our Legislature actually rejected the enabling legislation three times before approving it and initially leaned toward a pilot program for Kauai County only. The idea was to have an evaluation of how things went on the Garden Isle — the smallest county — to see if the system should be expanded.

Hawaii has only eight voter service centers statewide, even though critics say more is necessary to accommodate in-person turnout.

And, while some complain that election officials on Oahu should have foreseen and prepared for the in-person vote to turn into a tsunami, recall that only 3,169 people — less than 1% of the total vote — cast votes in person for the Aug. 8 primary. That number quintupled by the time of the general election, a rise that was reflected nationwide as interest in the presidential election moved into overdrive.

Remember, too, that fear of contracting COVID-19 was assumed to dampen enthusiasm for waiting in line. Now, the fear is that what happened at Honolulu and Kapolei hale will be remembered as super-spreader gatherings as well as electoral folly.

But the Legislature and election officials were urged repeatedly to have more voter service centers, something that is now being called for. If counties need more money to make that happen, the Legislature might help with that, too.

Voters should do their part as well. Some of the wait on Tuesday was from people who had yet to register to vote, preventing others who just wanted to drop off their ballot from doing so. How about leaving a drop box open on site for just that purpose? And how about a little voter education campaign to help get the word out?

While there may be a local pattern of tolerating and even enjoying waiting in line, the beauty of voting by mail is that it just takes minutes.

The sooner more people vote more expeditiously — while still preserving the opportunity to vote in person — the sooner the rest of us can cheer or mourn who won and lost and then get to sleep at a reasonable hour. 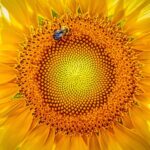 Regeneration Is What We All Need Now

"everyone in the state was denied the opportunity to know the results of all the elections statewide until the first batch of results was released around 11:30 p.m., four hours later than expected."What would you consider reasonable? 3 hours later? 2?  I think your real argument is you want expanded mail-in voting and probably rules for starting to count ballots earlier than election day.  The legislature should be able to get that fixed easily in deep blue Hawaii.

Have you ever been to a Hawaii election that did nothave glitches?  With all the workers we have at votingduties, why is EVERY voting year one that ends with promises to do better next year?

I am interested with the Filipino percentage vote for Honolulu Mayor 2020.