Neal Milner: So Your Mother's A Racist. Time To Get Over It - Honolulu Civil Beat

Neal Milner: So Your Mother's A Racist. Time To Get Over It

The 2020 election was a disappointment and even a shock to whichever side you were on. No need to hug it out but let's move on from the conspiracy theories. 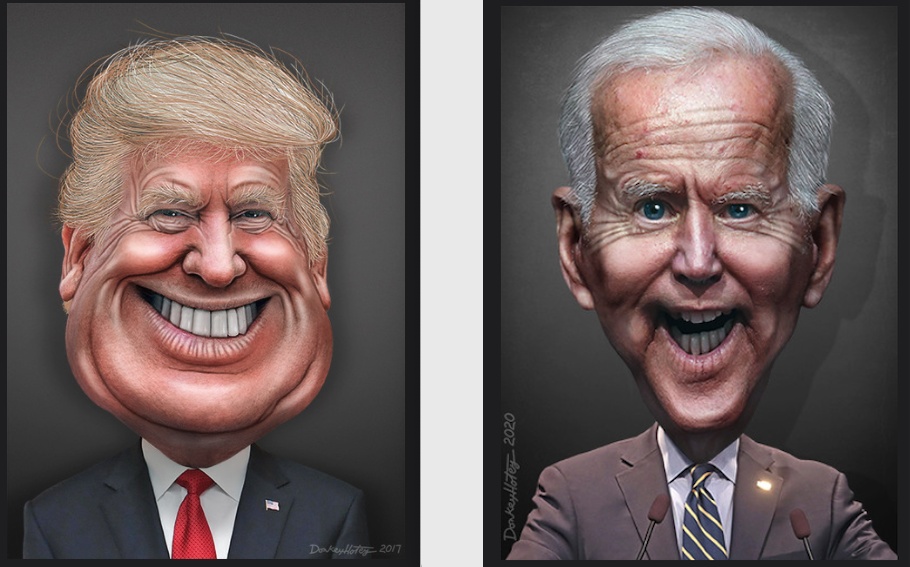 “The Democrats stole the election!”

“Joe and Kamala really put a beat down on those racists!”

These blunt words may seem like heat of the moment reactions, but they reflect something much deeper and threatening.

It is what happens when something you completely believe in and are sure will occur, does not. That is what happened, in different ways, to both Democrats and Republicans in last week’s election.

It shows what takes place when people are profoundly surprised when their political world is turned upside down. Think of those old cognitive dissonance studies of how people react to false prophesies.

For so many Republicans the surprise is that Trump lost. How could he possibly lose? Everyone we trusted said he would win. Only those we distrusted claimed he would lose.

The Democrats’ surprise comes from the scary fact that Joe Biden won by so little, much less than their expectations. How can so many, more than we dreamed possible, vote for that dangerous authoritarian buffoon Donald Trump?

Republicans are dealing with this dissonance between what they believed and what happened by subscribing to a conspiracy theory about voter fraud.

The Democrats’ method of dealing with their dissonance is less obvious and less newsworthy but tremendously important. It is denial about Trump voters.

Here is a Republican example from a place you might least expect it, Hawaii. The day after election night, the Oahu Republican Party sent an email to its supporters saying that the Democrats were trying to steal the election.

“We can’t allow the Left-wing MOB to undermine our Election,” it said.

“LET’S DO OUR PART OAHU to help President Donald J. Trump fight the election fraud by Democrats and their media mouthpieces!”

“President Trump needs his fiercest and most loyal defenders, like YOU, to step up and FIGHT BACK! DEFEND THE INTEGRITY OF THE ELECTION AND DONATE NOW!”

Just to remind everyone, this state’s Republican party is arguably the weakest in the country. And it’s normally a pretty quiet group, too quiet to get much traction here. So, it is fair to say that these fighting words came out of nowhere.

There still is no evidence of voter fraud. The case against its existence gets stronger every day. But that’s a different argument.

What is important here is the language in that email: it is not a close election or a contested election. It is a fraudulent election.

It is an idea with no evidence that a covert group is secretly manipulating the political process. This idea perpetuates itself through a tight, closed circle of similar believers — a circle that won’t be broken. That is a conspiracy theory.

And it’s not just cranks, weirdos, and reactionaries who believe in conspiracy theories.

A sizable minority of us subscribe to one such theory or another. They are common methods of putting some kind of logic and orientation into your frighteningly troubled world.

About the same time that the Republican email came out, social media was inundated by the latest round of anti-Trump humor, this time with a bye-bye-Donald twist. Late night comedy, YouTube song parodies, the works. Someone texts a link, and off goes the emoji parade.

So, what? you say. It’s just a bunch of people celebrating good riddance to bad governance.

So plenty. As a liberal, I worry about this the same way I have worried about the late-night comics who have made a living on Trump jokes over the past four years.

How many people who regularly watch this are conservatives or Republicans? My rough guess would be close to none.

This Trump joke communications network creates another bubble of people with similar views, another way that people isolate themselves from those who are different, with smugness and dismissal adding a little more spice.

Like any political satire, the humor should be outrageous and one-sided. Who wants to hear Trevor Noah set up a joke with “On the one hand …”

But there is no way to learn anything important about Trump’s appeal by watching these shows or by looking at the clips and links your friends send. In fact, the opposite happens.

And that brings us back to the Democrats’ problem of surprise and denial. It turns out that the coalition of Trump voters wasn’t what most Democrats expected. Yes, Trump lost some support from groups that had supported him in 2016, but it turns out that he did better among Hispanics and African American men.

That is surprising and threatening in two ways. It counters the stereotypes that Democrats have about Trump voters (you know, those disaffected white guys, which in fact was misleading to begin with).

It is also a disconcerting reality test of the Democrat’s dream that demography is destiny as the U.S. becomes more multiracial and multiethnic.

Given their bubbling and siloing over the past four years, it is easy to see how the Democrats might go into denial and maintain the same views of the Trump voters they have had since well before the 2016 election. That is, misunderstand and underestimate them.

Anti-Trump people I know have shown little interest in understanding Trump’s appeal. That’s been a backburner issue, a sign of misplaced empathy. Who cares? Well, despite the Biden/Harris win, this becomes a more compelling issue.

These GOP and Democrat responses have an important thing in common. They are elements of dysfunctional surprise.

They are dysfunctional in the sense that in tandem the Republican election conspiracies and Democratic denials reinforce the political and social polarization that has made it so hard to govern and to get along with one another.

Let me be absolutely clear here. I am not advocating any kind of quest for a kumbaya moment. That’s not going to happen. Nor is compromise in the sense that the two polarized groups move toward the center.

Polarization is going to continue to define American politics. At minimum, we need to get ourselves into a place where political responses don’t involve conspiracy theories, stereotyping or demonizing.

In an excellent, revealing piece written days after this election, the FiveThirtyEight political writer Clare Malone wrote, “Seeking to understand rather than be understood requires a suppression of ego that takes practice.”

“Lots of us are out of practice. And this election has given us more information that we still need to process and understand.”

“It’s relatively simple,” Malone says, “to reveal the ugly truths of the world — and to develop anger around them.”

“It can be painful to realize your brother is a chauvinist, your cousin is bigoted toward religious people, or your mother is a racist. And that pain can drive us into the harbors of the like-minded.”

And it is much harder “to grapple with how to convince people to change the way they think about things, or to just go on letting them think what they think, not allowing their humanity to be defined by their worst beliefs.”

As Malone says, it is easy to see how a cynic would view this.

“But pure cynicism is boring. I’m rooting for change but planning for stasis.” 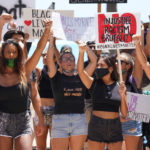 I already threw him under the bus Neal.  Donât know the guy. Not my friend.  How about that impact on the Supreme Court, Israel, mainstream media credibility?  No way for you guys to undo that. :)

I learned much from a podcast on "Psychopolitics: Empathyâs Downsides" , a dialogue between Robert Wright, a secular Buddhist and evolutionary psychologist, and Paul Bloom, Professor of Psychology at Yale. Their discussion provides avenues out of partisanship and polarization by proposing we extend cognitive empathy (as opposed to emotional empathy which often catches us in destructive "empathy traps" ) to perspectives of Trump supporters. (In full disclosure, neither psychologist nor I are Trump supporters.) While a recent study shows that emotional empathy ("following your heart" ) can increase political polarization, a more intelligent, cognitive empathy can lead us away from a counterproductive "Resistance" view of Trump supporters and help us understand what factors led to, for instance, their economic challenges  that made his messages so enticing, or help us understand, as another example, what experiences led to the racism of some Trump supporters. Such might be our more altruistic aims of extending cognitive empathy to Trumpists, while more practical uses of cognitive empathy could lead to understanding what drives Trump voters so we can co-opt their vote in the next election

Here's the thing:  American citizens need to be able to TRUST that the system of elections is undertaken, executed, and completed with INTEGRITY.  If too many citizens do not have faith that the system is free and fair then the system is broken.  Why vote if the system is akin to what you find in corrupt countries where elections are put on only for appearances? The issue isn't "who won" anymore.  The issue is following the constitutional process to fully investigate all issues of fraud, find and punish any perpetrators, and ensure it doesn't happen again.  So that, as stated above, ALL American citizens can trust legal votes are counted, not illegal ones.Biden already broke the promise he made during the first debate that he'd not declare victory until the election is independently certified.  If Biden truly wants a  mandate, what he should do is support the investigations into fraud and any recounts.  Upholding transparency and integrity in the system would do much to instill more trust in the many millions of Americans who are watching.