It's Time For America To Ditch The Electoral College 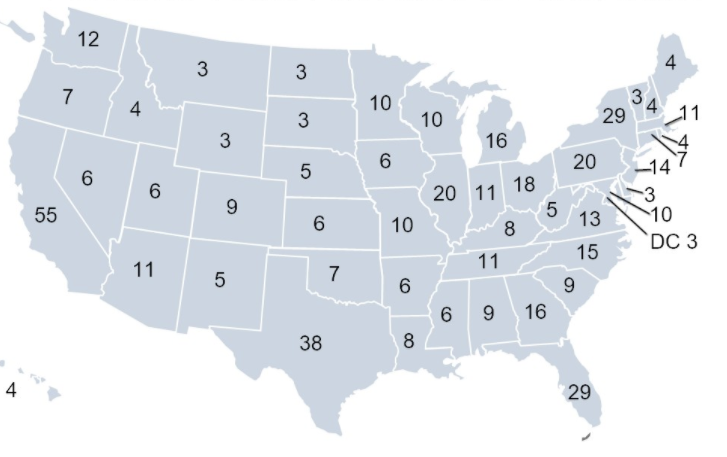 On Monday, as the news was announced that Joe Biden had defeated Donald Trump in the Electoral College and thus won the presidency, Hawaii’s electors hadn’t yet voted.

California’s 55 electoral votes secured Biden the necessary 270 majority at 5:30 p.m. EST. Hawaii, which at this time of year is two hours behind the West Coast and five hours behind the East Coast, was the last to vote — specifically, at 2 p.m. HST.

Hawaii’s four electoral votes would not have made a difference in the final 306-232 outcome, but the calling of the Electoral College before Hawaii’s vote was made official brought to mind how national news groups also reported that Hawaii had picked Biden on Election Day, even though thousands of people were still waiting in line to cast their ballots on Oahu.

Given that Biden beat Trump by a 2-to-1 margin in the islands, those last votes would probably not have made much of a difference. Still, one could argue that the more than half a million local residents who voted for president were effectively disenfranchised.

The more significant concern, however, is that the Electoral College is an arcane system that is so antidemocratic that no other nation elects its leaders that way. As a Rutgers scholar wrote in The Atlantic last year, the system neither preserves federalism nor protects states’ rights, as many supporters continue to wrongly believe.

Now, while the 2020 election is still fresh — and as its final chapter approaches on Jan. 6 when the U.S. Congress is expected to open and count the sealed election certificates from each state — let’s consider why the Electoral College is such a bad way to elect the leader of the free world, and what can be done about it.

The establishment of the Electoral College in 1787 came at a time when there were only 13 states, only white men could vote and when Southern states, where roughly one-third of the population lived in bondage, wanted to preserve slavery. It was a compromise between a popular vote for president by citizens and a vote for president in Congress.

Each state is allocated a number of electors — generally chosen by the states’ political parties — based on its representation in Congress: one for each member in the House of Representatives no matter how big or how small the state plus the two senators, as well as three electors granted to the District of Columbia.

All of the electors — with the exception of those in Maine and Nebraska, which award electoral votes proportionately to the actual vote — are then expected to vote for the presidential candidate with the most popular votes in that state no matter how close the results.

That illustrates one big problem with the Electoral College: It’s not fair. It’s a winner-take-all system that distorts the outcome.

In a report earlier this month from the Pew Research Center, Biden’s margin of victory over Trump in the popular vote was estimated to be more than 7 million, or about 51.3% of all votes cast — a record. But Biden’s 306 electoral votes works out to 56.9% of the 538 total.

Pew looked at every presidential election since 1828 and found that “the winner’s electoral vote share has, on average, been 1.36 times his popular vote share.”

No other elected office in the nation is conducted this way. Such a lopsided system led a New York Times opinion page item last week to conclude accurately, “Majority rule shapes our lives — except when it comes to electing the president.”

Here’s another problem with the Electoral College: The electors don’t necessarily have to adhere to what is expected of them, as there are no federal rules or a constitutional provision requiring them to. As recently as 2016 there were seven so-called “faithless electors,” including a Bernie Sanders supporter in Hawaii who voted for the Vermont senator instead of for Hillary Clinton, in spite of her landslide victory over Trump in the islands.

So much for the vaunted “one person, one vote” standard. It’s painfully obvious why this unique American system is often called peculiar.

When we vote for a presidential candidate we are actually voting for a candidate’s preferred electors. That’s why the candidates spend so much time and money campaigning in up to a dozen swing states — e.g., Pennsylvania, Wisconsin, Florida, Michigan, North Carolina and now Georgia and Arizona — most of them rich with delegates.

As one scholar points out, “Three-quarters of Americans live in states where most of the major parties’ presidential candidates do not campaign.” They include the largest, California, the fourth-largest, New York, and the fifth-largest, Illinois.

Yes, those last three are all reliably blue states and help illustrate why many Republicans do not want to abolish the Electoral College. But this is another variant of disenfranchisement.

Since the controversial Bush. v. Gore decision of 2000, the National Conference of State Legislatures notes that “bills have been introduced in every state in the country to change the process for selecting electors.” The bills went nowhere.

What has gained traction is more states signing on to what’s known as the National Popular Vote Compact. Those states — including Hawaii, where a majority of Democrats in 2008 overrode a veto from GOP Gov. Linda Lingle — promise to give all of their electoral votes to the candidate who wins the national popular vote, rather than the winner of the state popular vote.

NPV, then, is a way to “bypass” the Electoral College without amending the U.S. Constitution. As of July, 15 states (including California, New York and Illinois) along with D.C. had enacted NPV legislation. That works out to 196 electoral votes, but another 74 are needed to implement the system.

The only other way to end the tyranny of the Electoral College is to amend the Constitution.

While that has only happened 27 times since 1787, most of the amendments are at the core of our national identity: the monumental laws found in the Bill of Rights, the 13th Amendment ending slavery, the due process and equal protection clauses of the 14th Amendment, the right to vote regardless of race in the 15th Amendment and regardless of sex in the 19th Amendment and allowing 18-year-olds to vote through the 26th Amendment.

Interested in making all votes count equally, including Hawaii’s? You can start by contacting our members of Congress and asking them to amend the Constitution: 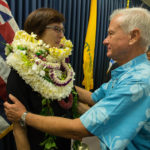 One person one vote.  President or who ever, if this electoral college is good, why don't we use this prosses for everyone?  From the governor to the mayor, or the city council?  Sounds stupid doesn't it?  Then why do it for the President?  We don't even get to choose for who runs for president.  They should have a box for none of the above if we don't want either one.

Each State should have 2 electoral votes! But, what do you do if there is a tie! That part i haven't figured out! But, each State gets only 2 Votes!

Let's just use some logic on this topic...Argument #1: The EC prevents highly populated states like CA and NY from determining the election.CA and NY don't vote 100% democratic. NY for example, is close to a 60/40 split as of this last election. Similarly, democrats don't always win the popular vote. Bush Sr. won the popular vote in 1988. Republicans worried about changing demographics? Better change up your policies to attract new subsets of voters.Argument #2:The EC prevents politicians from only visiting several of the most populated States.They already do that. Instead of visiting places like CA, NY, TX, etc... They mainly just visit "Swing States" like OH, PA, FL, etc...Argument #3:The EC gives voice to all States.Hawaii's 1 million-ish votes which equate to 4 EC votes don't matter now, nor will it matter with a popular vote. The difference? At least the Republican votes in Hawaii will matter more than they do now. Want equal voice? Look at the US Senate.Main point:Each vote should matter regardless of where you live, period. Republican votes are being silenced in Blue States, just as Democratic votes are being silenced in Red States.