Neal Milner: The Democrats' Elitism Is Getting Them In Trouble - Honolulu Civil Beat

Neal Milner: The Democrats' Elitism Is Getting Them In Trouble

Hypocritical behavior exacerbated by lame apologies is not a good look. 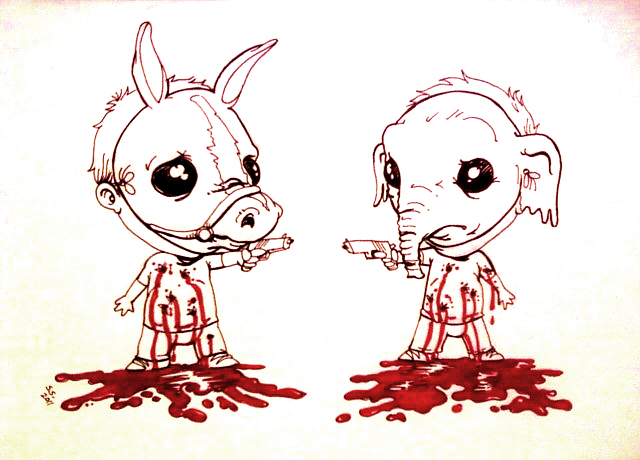 When it comes to flouting COVID-19 rules, there are three kinds of violators: public, private — and Democrats.

Public flouters loudly protest mask rules or browbeat clerks for reminding them to wear a mask.

Private flouters are those who don’t make a big deal out of resisting but join crowds at the beach, go to indoor weddings, or pull their masks down below their nose.

And now we have a new category, hypocritical violators, thanks to the antics of some key Democrats who have been leading the fight against the pandemic but do not follow those rules themselves.

Big city mayors, big state governors, Nancy Pelosi, Chuck Schumer, Sen. Diane Feinstein who had gone about her airport business without a mask — these are supposedly the good guys, the sensible, rational, risk-assessing ones who claim to follow the science.

These pols have taken a lot of criticism for their hypocritical transgressions. They deserve even more.

It’s evidence that there is in fact a liberal elite, a political class that’s arrogant and disconnected and that these politicians are full-fledged members. Not in the exaggerated way Republicans talk about this. But bad enough.

The 2008 Democratic National Convention was held in Denver. This year, Denver Mayor Michael Hancock got himself in trouble by traveling after he’d told the public not to.

You can see this in the phony, disingenuous, calculated apologies they’ve made for their violation of COVID-19 rules.

Let’s start with some apology-buts. An apology-but is insidious and phony because it’s not an apology at all. It is self-justification disguised as an apology.

If you try an “I’m sorry, but” after an argument at home, you know what happens. But if you are the mayor of Austin, Texas, well, give it a shot.

Austin, Texas, Mayor Steve Adler took a junket to Mexico as he was admonishing people not to travel during the pandemic.

That mayor, Steve Adler, recently recorded a Facebook message encouraging people in his city not to travel during the coronavirus surge.

Oops! His Honor failed to tell them that he was sending this no-travel message from a high-class Mexican timeshare and that he had flown there on a private jet with eight others.

Nonessential work enough for you?

In his apology-but, Adler said, “I regret this travel … In hindsight, even though it violated no order, it set a bad example, for which I apologize.” (my italics)

I’m really, really sorry … but what I did really wasn’t all that bad because, well, because I violated no actual rule.

Who cares? You flew to Cabo, dude? Why is that?

Like Adler, California Democratic Gov. Gavin Newsom also went high-end when he should have gone low.

Newsom was caught out attending a lobbyist’s birthday party for 12 at the uber ritzy Napa Valley restaurant French Laundry. (If you think that’s a place that does shirts, then you are one of the little people.)

He begins with the non-apology. “While our family followed the restaurant’s health protocols and took safety precautions …”

He goes on to say, “we should have modeled better behavior and not joined the dinner.”

OK, why did you? You followed protocols in a place you should not have been at in the first place.

House Majority Leader Nancy Pelosi wound up in hot water when video surfaced of her getting her hair done at a time salons were supposed to be closed.

Then there is the excuse disguised as an apology, like the Democratic mayor of Denver Michael Hancock’s I-was-wrong-but-I-couldn’t-control-myself apology.

Hancock officially tweeted that people of Denver should not travel during the holidays.

Whereupon he headed for the airport and boarded a plane to meet his wife and daughter for Thanksgiving dinner.

Hancock’s apology is an especially smarmy play on voter sympathies.

“I made my decision as a husband and father,” Hancock said, “and for those who are angry and disappointed, I humbly ask you to forgive decisions that are borne of my heart and not my head.”

“Borne of my heart?” That sounds so Biblical.

Which is apropos because the mayor’s apology is simply a ginned up, pseudo-therapeutic version of the-devil-made-me-do-it, the oldest excuse in the book — that little guy with the pitchfork sitting on your shoulder saying, “Do it!  Do it!”

Because of the coronavirus, it has been over a year since I’ve seen my children. I guess I need help getting in touch with my inner dad.

The underhanded behavior alone is awful enough. It undermines COVID-19 rules. As a writer who helped break these stories put it, “The message that comes through loud and clear: Wink, wink — COVID’s not really that big a deal.”

Their lame apologies indicate something more: their elitism, the very elitism that gets Democrats into trouble.

Hindsight is the key puzzler. “In hindsight,” as Denver’s mayor put it. These folks needed hindsight?

What were they thinking in plain sight that made them decide to carry out their capers they so regretted in hindsight?

With iPhones and social media there is simply no way that they could have gone undetected. Any politician knows this.

The only other explanation is arrogance. They simply assumed that if they got caught, well, then they got caught. Big whoops. A little apology with an excuse mixed in, and we’re off the hook.

There’s also a whiff of plutocracy. Private jet to a timeshare in Cabo, dinner with select big shots, not a good optic.

In fact, it’s worse than a bad look. It’s a moral failure based on self-conscious, calculated decisions.

They are democracy norm-violators, not in the egregious Trump way, but enough to be a problem.

Leaders are supposed to set good examples, especially in crises. That’s a norm. They violated it.

Democracy is not about apology. It’s about accountability. Apology asks for forgiveness. Accountability requires explanations, no matter how humbled and chastened the violator claims to feel.

If former Department of Health Director Bruce Anderson had apologized for his COVID-fighting mistakes, would that have been enough? No, because that would not have held him accountable for his mistakes.

Poor Joe Biden. His COVID-19 policies are going to run into lots of enemies. Now he also has to worry about his friends. 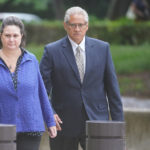 The Scandal Of Non-Reform In Honolulu Law Enforcement

Good read. Thanks for pointing out all these Emperors who have no clothes. Is anyone watching?

Well said Neal.  These are the types of "ruling class elites" that President Trump railed against.  They are one of the reasons that made it possible for Trump to become president.  Unfortunately, they are still there and will be there for decades to come...

Good piece.  Thank you for pointing out it is the Democrats.  Some may dislike that being noted, but the fact remains it has been the Democrat elites making mask/lockdown rules and then breaking them.These Democrats not wearing their face masks is especially strange to me given that they believe not wearing one makes you a 'super spreader who doesn't care if other people die.'  So when these Democrat leaders choose to not wear masks, that means they don't actually believe masks are that important or necessary.  I'm also confused when I see comments that exhibit near palpable rage over those who have a differing science-based opinion on the effectiveness of masks for everyone in all public spaces.  I have to wonder if folks are mostly just into hating Trump and/or getting riled by things the media is inciting on TV channels I don't watch.  If they have so much rage over the subject of people going maskless, in real life if they were to see someone not wearing a mask (regardless of the reason) why wouldn't they run over and physically attack him, because he is 'causing death'?  Since people aren't doing that, they should tone their rhetoric way down.