Who’s Really The Party Of The Rich? - Honolulu Civil Beat

Who’s Really The Party Of The Rich?

The true divide in America today is not a political one. 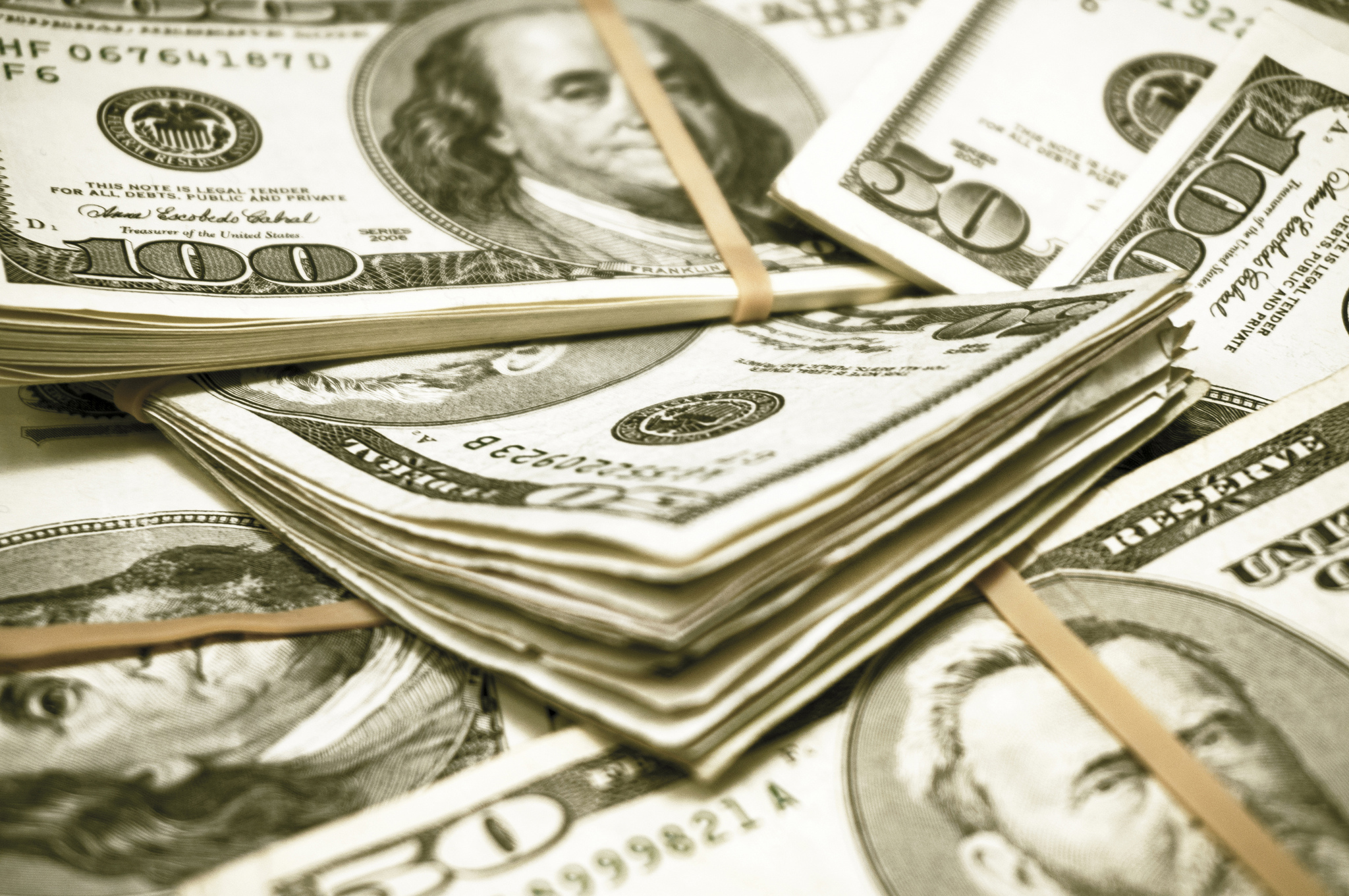 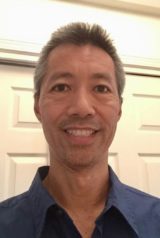 Steven Dang is a local physician with an internal medicine private practice in Honolulu.

While there’s long been the stereotype that if you’re rich, you must be a Republican and the Democrats are the party of the blue-collar working class, this year’s election hinged on the opposite of that notion. The election split was not actually between red and blue states, but rather between urban and rural areas within those states.

In a study entitled “What Unites and Divides Urban, Suburban and Rural Communities,” The Pew Research Center highlights a number of key differences. Today 35% of urban residents have a college degree compared to 19% of rural residents. Concentrated poverty — a measure in which at least of fifth of the population is poor — occurs in 31% of rural counties compared to 19% of urban counties.

The average earning (in 2016 dollars) was about $35,000 in rural counties and $50,000 in urban counties. This economic wealth gap is widening, creating not just a cultural split, but also resentment.

The majority of rural residents feel whites don’t really benefit from advantages in society. Nearly 70% of urban residents disagree, saying whites benefit a fair amount to a great deal. In addition, majorities in both rural and urban areas feel their communities are looked down on and people in other types of communities don’t understand their problems.

Given this disconnect, it’s not hard to understand how resentment manifests itself in campaign vitriol. “Rich liberal elites destroying the country, focusing on being woke instead of real economic issues.” “Uneducated hicks and racists who can’t think for themselves, blindly following an idiot with no morals.”

This role reversal pitted rich Democrats against blue-collar Republicans. It was the bicoastal urban elite vs. rural middle America.

Much has been written about why Trump got so many votes (even more than in the 2016 election). But what people fail to recognize is that a large percentage of his voters are not endorsing Trump as an individual, they are making a statement of defiance.

Trump is a vehicle for dissatisfaction, an emblem for people feeling unheard and left out. Studies show that on social media, the emotions that elicit the most powerful responses are fear and anger. These emotions are Trump’s bread and butter. For many of his voters, the prospect of liberals taking over the country trumped any personal shortcomings he had (sorry for the bad pun).

So where does all this leave us? The United States is increasingly becoming a country of haves and have-nots. It’s not a question of which is the party of the rich. There are both rich and poor Democrats and Republicans. The problem is the rich are partying.

The wealthiest 10% of Americans own 84% of stocks. Nearly 100 of the Fortune 500 companies paid zero taxes in 2018. Whether it’s dressed up as Republican or Democrat, the increasing gap between rich and poor factors into virtually every political issue: perpetuating systemic racism, the rationale for health coverage, the basis of tax policy, the impetus for education reform, the list goes on and on.

Most people who live in a capitalist society accept that there will be some level of wealth inequality. But what is unacceptable is the notion of no longer being able to realize the American dream.

The U.S. has the highest level of income inequality of all industrialized nations, with over 40 million people living in poverty. Between 1980 and 2014 (the span of one generation), the income of the bottom 50% of U.S. earners (adjusted for inflation) basically stagnated while for the top 10% of earners, it increased 121% and for the top 1%, it increased 205%. The majority of America’s millennials today are worse off than their parents were at a similar age.

These are the concerns that drive political rhetoric and bring people to the polls. And while Biden (who stole from Obama) said, “I don’t see red or blue states, I see the United States,” we need to be united in better addressing the real divide in this country: the gap between the haves and the have-nots. 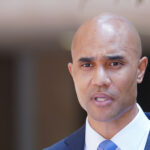 Lee Cataluna: Trump's Leaving But Can We Keep His Hawaii US Attorney?

Steven Dang is a local physician with an internal medicine private practice in Honolulu.

Speaking from my first-hand experience as an immigrant from a poor country who came to America 25 years with a mere $600 in my pocket, I may have an explanation for the unprecedented number of immigrants and traditionally oppressed minorities who voted Republican in 2016 and 2020 despite the fact that their ideological home is clearly on the left. In poor and middle-income countries around the world, everyone firmly knows that the only way out of poverty (that does not involve criminality) is education and hard work. In rich countries, there is another way to have a reasonably nice life: government handouts (and cheating to maximize them). To many immigrants and traditionally minded poor people, the concept of living off of welfare is morally abhorrent, so they favor those politicians who promise jobs and meaningful careers over those who promise more welfare spending. Back in the 1990s, the political message of the Democratic Party was perfectly consistent with this worldview; now - not so much.

People need to stop seeing race, and maybe then they can see the truth.To say one party is "for immigrants" and the other isn't is dishonest.  An honest assessment would be that one party is for legal immigration and the other is for illegal immigration.What the media, 'leaders,' and misinformed public don't understand is the 74 million people who cast their votes for Trump are mostly made up of working and middle class Americans (of all races) who saw and experienced the positive impacts of his policies in their daily lives - through their income increasing, seeing more of their community able to buy houses, etc., and being safer in their homes & more successful in their businesses.  Their vote was organic.Meanwhile, Democrats have all the power of the wealthy elite behind them - Google, Twitter, Facebook, Wall Street, Hollywood, corporate law firms - and with immense help from the media they were able to skirt questions on policy, shape narratives, and mechanically generate a 'win.'  It had nothing to do with the people at all.So if you want a corporate establishment elite ruling class, and if you want to be objects of control, keep voting Democrat.

The rest of the worlds Democracies tell businesses what to do, since 1980, in this country, we let businesses tell us what to do. Our media is run by Wall Street, with there own agenda's. There liberalism or conservatism is within a narrow band on what they find to be acceptable. Never reporting, that if we enforced monopoly laws our wages on average would be 10,000 more a year, and the reason we make 32% less then the previous generation. Our nations University Science departments have been taken over by corporations that teach them to make Charmin softer, rather then discover a new power source. Carl Sagan in his book Demon Haunted Worlds say's this " One of the saddest lessons in history is this. If we have been bamboozled long enough, we tend to reject any evidence of the bamboozle. We are no longer interested in finding out the truth. The bamboozle has captured us. It's simply too painful to acknowledge, even to ourselves, that we have been taken. Once you give a charlatan power over you, you almost never get it back."  Red and Blue hopped on that ship of self destruction years ago. Adam Smith believed profits should be low, wages should be high. How far we have fallen.