As the possibility of owning a home and making a life for ourselves becomes increasingly unlikely, more young local people are drawn to the allure of Somewhere Else. 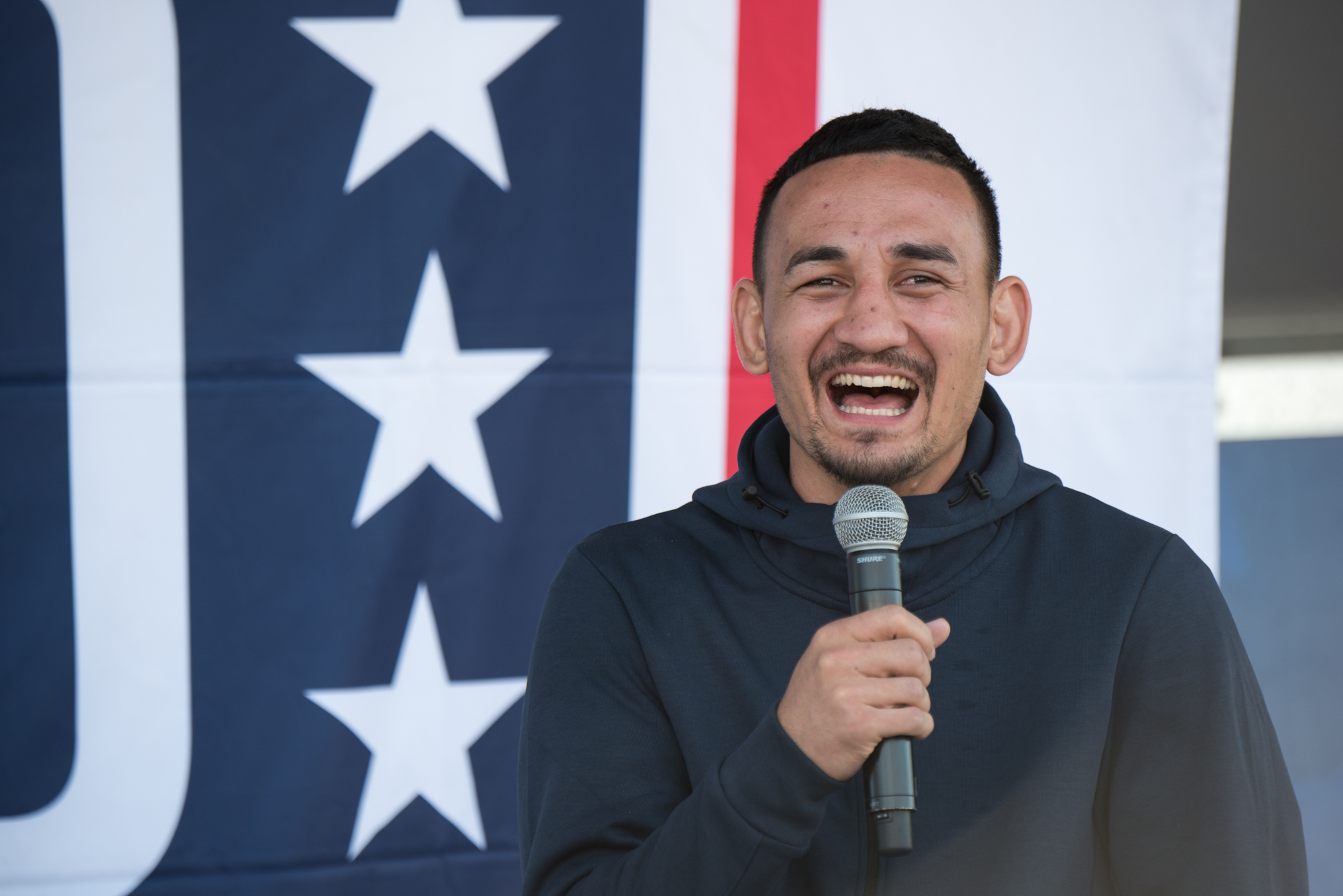 That’s no hyperbole. Holloway landed a total of 445 strikes on his opponent across 25 minutes of fighting, shattering the previous UFC record for most strikes landed in a single fight. It was a massacre and a masterpiece all at once.

The previous record, by the way, was 290 strikes, and it also belonged to Holloway. The win put the 29-year-old one step closer to reclaiming the championship title he once held.

Even if the violence of mixed martial arts isn’t your thing, you have to respect the athletic excellence of the feat. It’s comparable to Wilt Chamberlain breaking his record of 100 points in an NBA game by putting up 150.

In the middle of the final round, there was a moment where Holloway was looking away from his opponent and talking to the commentators sitting cageside. His opponent — a legitimately skilled top-10 fighter — took the opportunity to attack.

Without looking, Holloway evaded multiple punches thrown at him and tagged his opponent with snappy punches of his own. It was a legacy-defining highlight, one that will be watched for as long as people keep watching the UFC.

Holloway is one of the finest fighters in the sport today, and will likely go down as one of the all-time greats when it’s all said and done. Fight fans love him because he’s as exciting as he is excellent, and Hawaii loves him because we love anyone from here who achieves some form of greatness.

Max is special, though. Unlike virtually every other great Hawaii athlete in any sport, he’s never left home. His amateur career and his first four professional fights all took place in local promotions, and throughout his UFC career he’s continued to live and train in Hawaii. His success is a compelling rebuttal to the idea that we need to leave Hawaii to “make it.”

Holloway and I are only a few years apart, so I’m certain he grew up hearing the same kind of things the rest of our generation did. For him, it sounded something like “why train in Hawaii? There are better coaches, better gyms and more opportunities on the mainland.” For most of us, that message sounded like “why stay in Hawaii? There are better schools, better jobs, and more opportunities on the mainland.”

As the possibility of owning a home and making a life for ourselves becomes increasingly unlikely, more young local people are drawn to the allure of Somewhere Else. So that’s where a lot of us go, and many of us remain.

Sports provide a clear picture of how Hawaii’s young talent is in a state of perpetual departure. If even half of our top high school football recruits played for UH, we’d at least be a nationally ranked program every year, if not a championship contender. As it is now, we produce Heisman winners and Pro-Bowlers for teams on the continent.

The same dynamic is true for other professions, it’s just not as noticeable since doctors, engineers and teachers aren’t as sexy as professional athletes.

I know this journey well. I amassed enormous debt going to school in California, and spent five years paying it off in Korea. Had I stayed in Hawaii the whole time I would’ve had less debt, but I’d probably still be paying it off. The only way in which I’m an exception is that I came back, in large part because I’m able to live with my parents.

This is not a sustainable model for success. Hawaii is a unique place that faces unique challenges. Local people tend to have a natural understanding of the socioeconomic, cultural and ecological issues here because they’ve directly experienced them, so it’s critical that we retain our local talent. Relying on imported problem-solvers for all of our challenges is asking for slow zig-zagging progress at best, and costly blunderous errors at worst.

Local people tend to have a natural understanding of the socioeconomic, cultural and ecological issues here because they’ve directly experienced them, so it’s critical that we retain our local talent.

And if the trends of young people leaving the islands continue, Hawaii will be faced with the tremendous economic burden of a declining population and an aging workforce nearing retirement — a 21st century problem we can already see manifesting in Japan and South Korea.

Both countries have tried all sorts of schemes to address the problem, but neither have quite figured it out yet. Unlike Hawaii, however, they both have the infrastructure to weather the small shocks while they figure it out. I fear Hawaii does not.

I am, regrettably, short on specific solutions to propose. The two main forces pushing people away are the exorbitant cost of housing and the dearth of professional opportunities. I’ll leave it to smarter people to conceive actionable plans to address those problems, but both must be addressed soon to put a plug on our brain drain.

More importantly, both of those issues have to be seen as the legitimate social ills they are, instead of the kneejerk response from older generations who think millennials — who have worked way more hours for way less money compared to their parents’ generation — are simply lazy and entitled. Seeing reality clearly is always a good place to start.

Watching millennial banger Max Holloway hit his opponent 18 times every minute for 25 minutes is a good visual analogy for the work we’ve all had to put in to our respective fields. But I’m worried that his example is equal parts inspirational and cautionary. Yes, he has shown that you can be successful on the biggest stages in life by staying rooted in Hawaii, but he also shows how exceptional you have to be to achieve something even modestly similar. 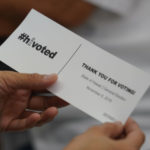 How to prevent brain drain?I am certain there are multiple answers to this problem I will add a couple of mine:1. Improve the educational system. How- the first step is to give the control for K-12 schools to communities.This way parents gain some control over the quality of schools educating their children.  2. Take some significant fraction of the real estate taxes going to inefficient county administrations and devote it to K-12 Schools. Something like 60% would be appropriate based on what has been working on the mainland.3. Commit the state to fund U of H in computer science and biotechnology at a significant level for a period of 10 years.4. Establish  a grant/loan program for funding start-ups in software development and biotech. This can be coupled to a requirement that the companies work with UH.We used to lose our brightest at the University of Michigan to brain drain because the state was dominated by Auto industry which at the time was low tech.  A program involving items #3&4 between the state and the Engineering School has now made Ann Arbor a hot bed of innovation and the city with the highest density of PhDs despite the frigid winters.

A lot of the parents of my kids' classmates were locals who had moved to the mainland for various reasons and durations, but had moved back home.  The pandemic has opened the door for a lot more displaced locals to return and bring their jobs with them.  The state should take advantage of this opportunity and provide incentives, or at least reduce barriers, for more of them to do this.  These are people who not only have the 'natural understanding of the socioeconomic, cultural and ecological issues here because theyâve directly experienced them,' but also the direct experience of other ways of doing things, and the perspective that provides.  They know how, and why, Hawai'i is special.

Meanwhile we have TMT, a multi-billion dollar project that wants to come to Hawaii and provide secure, high-tech, well paying jobs right here.  Despite having undergone a lengthy permitting and community consultation process they are stalled.   Incredibly, even though they have been prevented from moving forward they have still continued to give millions of dollars to education and creation of a workforce pipeline!   Brain drain?  No wonder when something that would help reverse it is stymied by a relative minority.  How ironic will it be if TMT is forced away and all that education that they paid for here creates locals that, unable to do anything here with that education are forced away as well.