The affordable housing crisis is an existential threat to the Hawaiian culture. 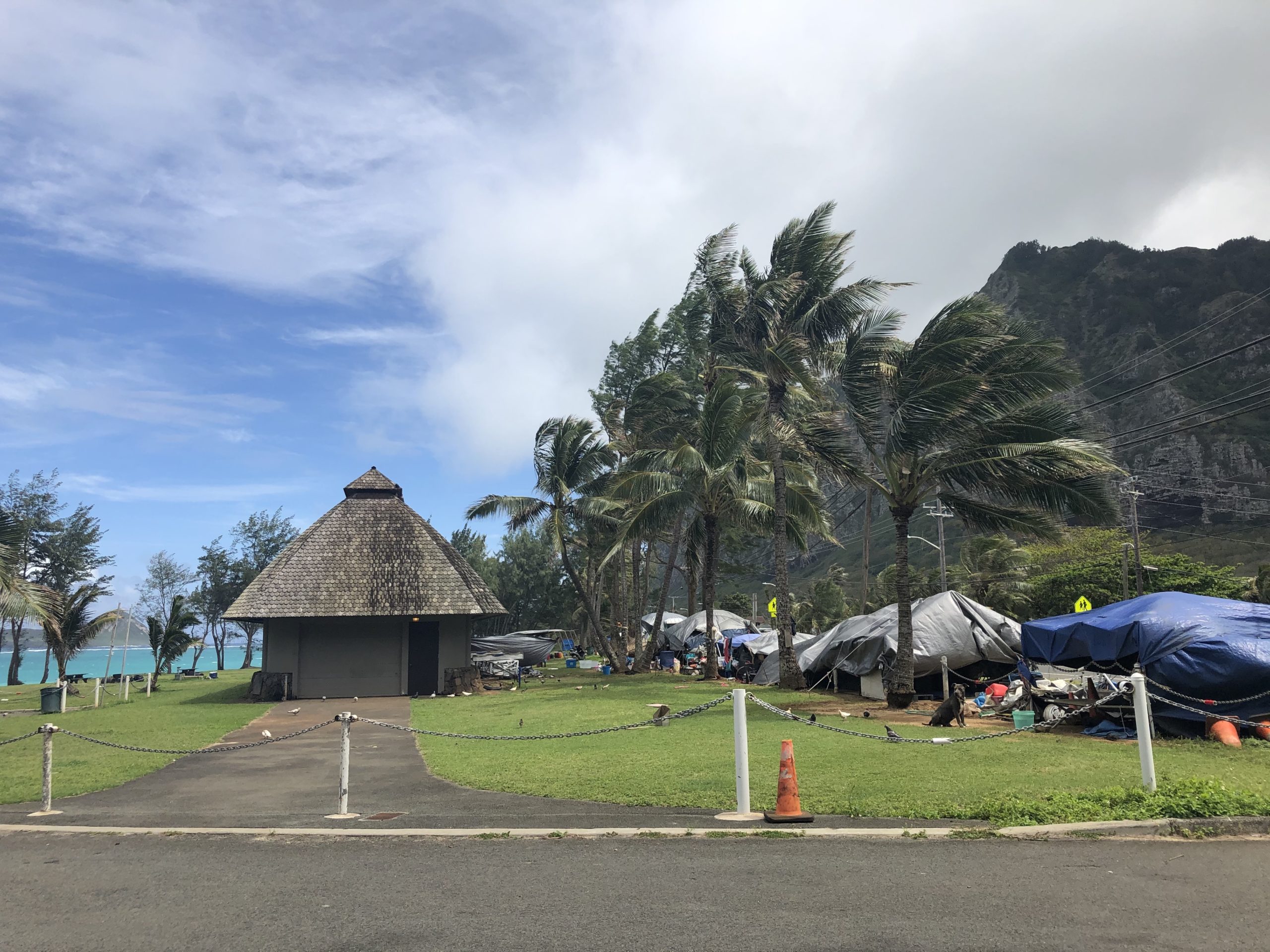 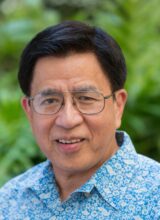 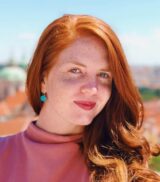 In 1920, Prince Jonah Kuhio Kalanianaole delivered an impassioned speech to the U.S. Congress, in which he proclaimed: “The Hawaiian race is passing … and if conditions continue to exist as they do today, this splendid race of people, my people, will pass from the face of the Earth.”

In response, later that summer Congress passed the Hawaiian Homes Commission Act, which set aside 200,000 acres of land across the islands for homesteading by Native Hawaiians.

2021 marks exactly one century since the creation of the Hawaiian Homes Program. Since 1960, when Congress handed the program over to the State of Hawaii, the success or failure of Hawaiian Homes has been of our own making — not the making of the federal government.

That’s why it’s the kuleana of all Hawaii residents to transform the 100-year-old piece of legislation into a 21st century land and housing program.

This centennial landmark calls us to explore the original goals of  the Hawaiian Homes Commission Act, how Native Hawaiians are faring today and the future of legal reparations for Native Hawaiians.

Before delving into the Hawaiian Homes Program, we must first acknowledge that the housing crisis impacts Native Hawaiians differently than any other group of people that calls Hawaii home.

The Disparate Impact Of Affordable Housing On Native Hawaiians

Hawaii’s lack of affordable housing is well known. Nearly every week, local news outlets publish worsening statistics, reporting on the rising costs of housing and the growing number of people who are unable to make rent and mortgage payments, especially in the current pandemic.

While housing and homelessness have long been the fascination of news outlets, the top priority of many local politicians and the focus of countless studies and planning efforts, there is an important part of this housing story that has largely been ignored.

Native Hawaiians, the majority of whom are not beneficiaries of the Department of Hawaiian Home Lands, suffer a disproportionate burden of the state’s housing crisis.

According to the 2020 Oahu Point-in-Time Count, over half of all homeless individuals identified as Native Hawaiian or Pacific Islander, although this group only represents roughly 20% of the state’s total population.

Partners in Care, a local coalition dedicated to ending homelessness, estimates that Native Hawaiians and other Pacific Islanders are overrepresented by 210% in Oahu’s homeless population.

Of all the local news outlets that reported on the 2020 Point-in-Time Count, only Civil Beat mentioned this staggering trend.

What’s behind this alarming and unjust statistic? Housing prices are the number-one driver of where Native Hawaiians can afford to live in their homeland and the level of resources they have access to.

Recent studies have proven that a person’s zipcode is one of the greatest contributors of their social and economic mobility, impacting both educational attainment and career performance.

These negative effects can be seen on the Opportunity Atlas — a mapping tool that uses census data to show average outcomes children have as adults, based on where they grew up.

The Opportunity Atlas presents a sobering image of our divided islands. Based on this data, children who grew up in the late 1970s and early 1980s in Waianae and Waimanalo — the two communities with the highest Native Hawaiian populations on Oahu — now have average household incomes of $35,000 to $37,000.

In contrast, children who grew up in communities in East Honolulu and Central Oahu now have average household incomes of $57,000 to $70,000.  Because of these stark economic disparities, it is unsurprising that Waianae and Waimanalo also suffer from higher rates of poverty, incarceration and homelessness.

Just as Blacks, Hispanics and other minorities have been redlined from wealthy communities on the continental United States, Native Hawaiians have been excluded from social and economic opportunities in their own homeland.

To cope with these issues, locals of all backgrounds have left the Islands in search of higher wages and lower costs of living. Hawaii is one of the few U.S. states that has witnessed a decreasing population in recent years. From 2013 to 2017, an estimated 62,000 people moved away.

According to Dr. Philip Garboden, a housing professor at the University of Hawaii at Manoa, we’re losing population, specifically because of the high cost of living.

While Garboden pointed out that population loss could potentially have some environmental benefits, he also explained that, “When folks leave a place … (they) do so in a way that undermines the sustainability and economic vitality of that place.”

Hawaii Cannot Be Hawaii Without Hawaiians

The affordable housing crisis is an existential threat to the Hawaiian culture as well as the spirit of aloha that makes our islands unique.

Others residents of Hawaii have homelands elsewhere. For example, the Chinese in Hawaii need not fear the loss of their language, traditional values or national foods.

Their language, ethos and cuisine will always be maintained as long as China remains a sovereign nation. This is also the case for Filipinos, Germans, Japanese, Portuguese, Koreans and other groups who have secure and sovereign homelands.

For Native Hawaiians, this is not the case. They had their security and sovereignty forcibly taken in 1893. There is no comfort of knowing that Hawaiian culture will persevere. Hawaiians are losing their identity, their lands and their people every day.

Hawaii is the first and last stop for the preservation of the Hawaiian way of life, a truly valued culture. For Hawaiians are the initial source of the connection to aina and aloha.

What does this mean? At the bare minimum, we must acknowledge that the housing crisis is different for Native Hawaiians than any other group of people in Hawaii.

We must be bold in proclaiming that for Native Hawaiians, accessing affordable housing in Hawaii is the difference between the life and death of their culture and way of life.

We must proclaim this in all forms, including journalistic reports, political agendas and housing reforms. This is the first step of many to ensuring the first people of Hawaii can continue to call Hawaii home.

If you are interested in learning more, we invite you to watch our short film “Rooted to Our Land.” The film includes interviews with scholars, housing experts and community activists. 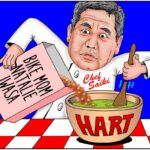 Keep homes in Hawaii for the people who live and work here by increasing taxes on absentee owners and landlords.

An Idea, if you can name your Hawaiian ancestor, aka, you care about your family history & background, you should automatically qualify. Then, considering they are each supposed to be given an acre of land, they should just move the people that they trust in the homeless camp they are currently living in onto that acre with them.  There, a suggestion that might decrease the homeless population in a way that doesn't put the public at risk of illness or crime. Unlike Caldwell's ongoing sweeps. Yeah, he requested cops be removed from covid violations to send them out on the sweeps again.  So cops go digging into isolated & out of the way places to rustle out the encampments that live there. Now all the homeless -who actually can't go to any shelters cause covid laws mean their capacity was maxed out months ago- must now sleep on the sidewalks & in people's yards & car-lots. We; deny them soap & water so that they sweat in old filth & bacteria & sickness.  then, shove them out of the back alleys & rural boonies into the urban & suburban public streets!  Yeah! That's a great idea!  I know people say he has a vendetta against the homeless. I think it's the public who should worry though.

On one hand, our nation struggles with systemic racism in housing, employment, and health. On the other hand, some interest groups want to single out populations based on race for special treatment. Worse, in those parts of America where land is expressly provided for native Americans, widespread poverty and lack of opportunity is the norm.Are any of these long term solutions to the present crisis?Both Native Hawaiians and lots of others born and raised here have left the state to pursue better economic opportunities, higher education, or just a lower cost of living. They all bring our culture with them, just as non native Americans did when there ancestors immigrated here for a better life.A race neutral based approach to poverty, specifically housing, would focus on the problem of income disparity, without the need to resort to continued racism. It would also directly impact homelessness, assuming social services, drug interdiction, and mental and physical health care were part of the package. It would likely be cheaper than incarceration, and certainly more humane.Or we can continue to advocate for one group over another and fail to serve any of them.