Now that the former Honolulu mayor is no longer in office, he’s going to have to work hard to be in the news every single day. 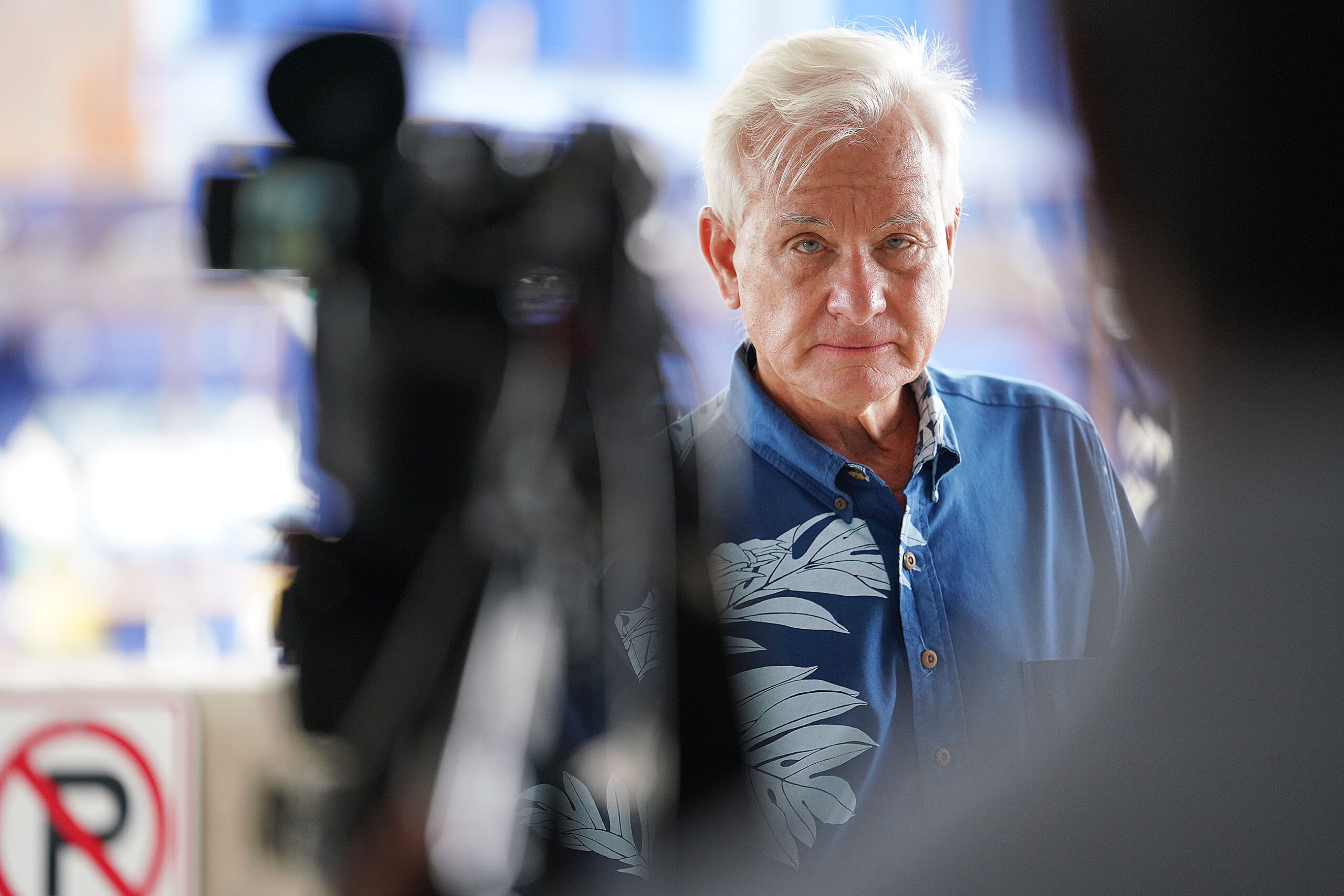 There is a big gaping hole in Honolulu news this week. It is roughly the shape and size of Kirk Caldwell, now officially Honolulu’s former mayor, who made the last months of his tenure an all-out media blitz.

The absence of Caldwell’s almost daily explaining, proclaiming and credit-taking photo-ops and video press conferences may not be felt in the hearts of Oahu residents, but it is sure to register as a loss to news organizations who counted on Caldwell to generate a steady stream of easy-serve content. It surely will be missed by Caldwell himself, who was creator, executive producer and star of what was starting to feel like his own reality show.

I tried to estimate how many press conferences Caldwell held since the beginning of the pandemic. I decided one measure would be to count how many videos of press conferences were posted to his official Facebook page. I counted forward from Feb. 7, the first time Caldwell talked specifically about COVID-19 in a press availability, which was slugged “Mayor provides update on novel coronavirus preparations for Honolulu.”

I got to 142 press conferences, leaving out things like Frank DeLima singing “Oh I wish I was a Madagascar Lemur” at the Honolulu Zoo. Even as I was counting, the latest press conference video was loading. I gave up trying to come up with an exact tally, and decided it was safe to say there were close to 150 Caldwell press conferences from February through December, an average of three per week.

Which seems a low estimate. Caldwell has had something lengthy to say on a great many things in recent months, many maile lei to untie, many proclamations to proclaim. Open communication from community leaders is crucial during a crisis, but Caldwell’s appearances had the feel of a performance rather than straight-talk. How many dog park openings and park bathroom renovations need a press conference?

It’s hard to imagine Caldwell walking away from that kind of visibility, especially since he plans to run for governor in two years, and the person likely to be his chief competitor, Lt. Gov. Josh Green, has his own Facebook Live every day, succinctly summing up and analyzing the state’s COVID-19 stats.

Honolulu Mayor Kirk Caldwell will need to find more opportunities like this food distribution event to stay relevant and in front of the cameras. Last month he volunteered to help the Hawai Foodbank.

So what will Caldwell do to fill the void? How will he, as modern celebrities put it, “stay relevant” and remain top-of-mind to Hawaii voters?

It’ll probably be more of the same, only self-produced and even more unctuous.

Anytime a news organization or poli sci class needs to fill a seat on a panel, Caldwell will be there. He’ll be unavoidable for comment on any government event or issue over the next two years. He’ll no doubt be doing high visibility feel-good things like beach clean-ups, highway beautification projects, any excuse to use the vest/hard hat/palaka ensemble he’s chosen as his signature “action” look.

Open communication from community leaders is crucial during a crisis, but Caldwell’s appearances had the feel of a performance rather than straight-talk. How many dog park openings and park bathroom renovations need a press conference?

Look for letters to the editor, guest commentary essays in every big and small print and online publication, and shakas at the end of the KHON2 broadcast. There are many creative possibilities for keeping his face right in our faces.

Come summer, expect to see Caldwell busting out his dance moves to “Fukushima Ondo” at every Obon celebration in the state. (Side note: I actually looked up a random bon dance video on YouTube to make sure I was thinking of the right song, and there, dancing in the circle, his hair bright in the lantern light, was Kirk Caldwell himself. OMG. It’s not that I’m psychic, it’s just that he’s predictable.)

The late Hawaii politician Rod Tam used to hold Saturday morning press conferences because he knew weekends are often slow for news and that he’d make it into the Sunday newspapers. Caldwell was even slicker than that. When everyone was locked down, he knew Honolulu’s press corps would have to cover him. He’d pack in several different topics so that he might be quoted in more than one story. He’d hold multiple press conferences in one day.

The maxim Caldwell never learned is that, especially right now, with a community that is literally sick and tired, less is more. If you’re in people’s faces all the time, they get weary of you. You have to mete it out, chose your moments and your topics wisely, leave voters wanting more.

Perhaps Caldwell will take some time to reflect before launching full speed into his quest to be the next governor. Perhaps he will gain some perspective, and become a little less ubiquitous. Perhaps absence will make voters’ hearts grow fonder.

Meanwhile, the sudden gap in local news filler will undoubtedly be filled by new Honolulu Mayor Rick Blangiardi, who comes from a career in managing television stations and also seems to like to see himself on screen. 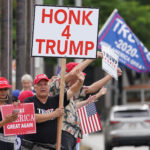 Neal Milner: It Won't Be Easy, But Americans Can Learn To Get Along Again

All the island's Mayors had to do as many press conferences as possible to show they were still in touch with the people during the pandemic, which still rages on.  We had daily videos on Facebook with our Kauai Mayor dramatically pulling off his mask at the start of the videos (to reiterate to the public about the message of importance of having a mask on).  No different than what Caldwell was doing with his 142 press conferences.  Politics is politics, these leaders were elected and have to make sure they are in front of the camera as much as possible, to show they are in touch with their constituents.  Why is this such a surprise.

I am waiting to see if he makes news with the FBI.  Now that would be a reality show to watch.

I agree with Per99.  I appreciated that he was available, accessible and always shared information. at a time like this, more is appreciated to help us understand the dynamic changes from day to day.  I didn't necessarily agree with his shutting my business down and that I had to ask for government handouts and unemployed my workers, but I don't fault him for being informative.