Neal Milner: It Won't Be Easy, But Americans Can Learn To Get Along Again - Honolulu Civil Beat

Neal Milner: It Won't Be Easy, But Americans Can Learn To Get Along Again

The nation has been polarized in the past, but somehow found a way to be civil again. 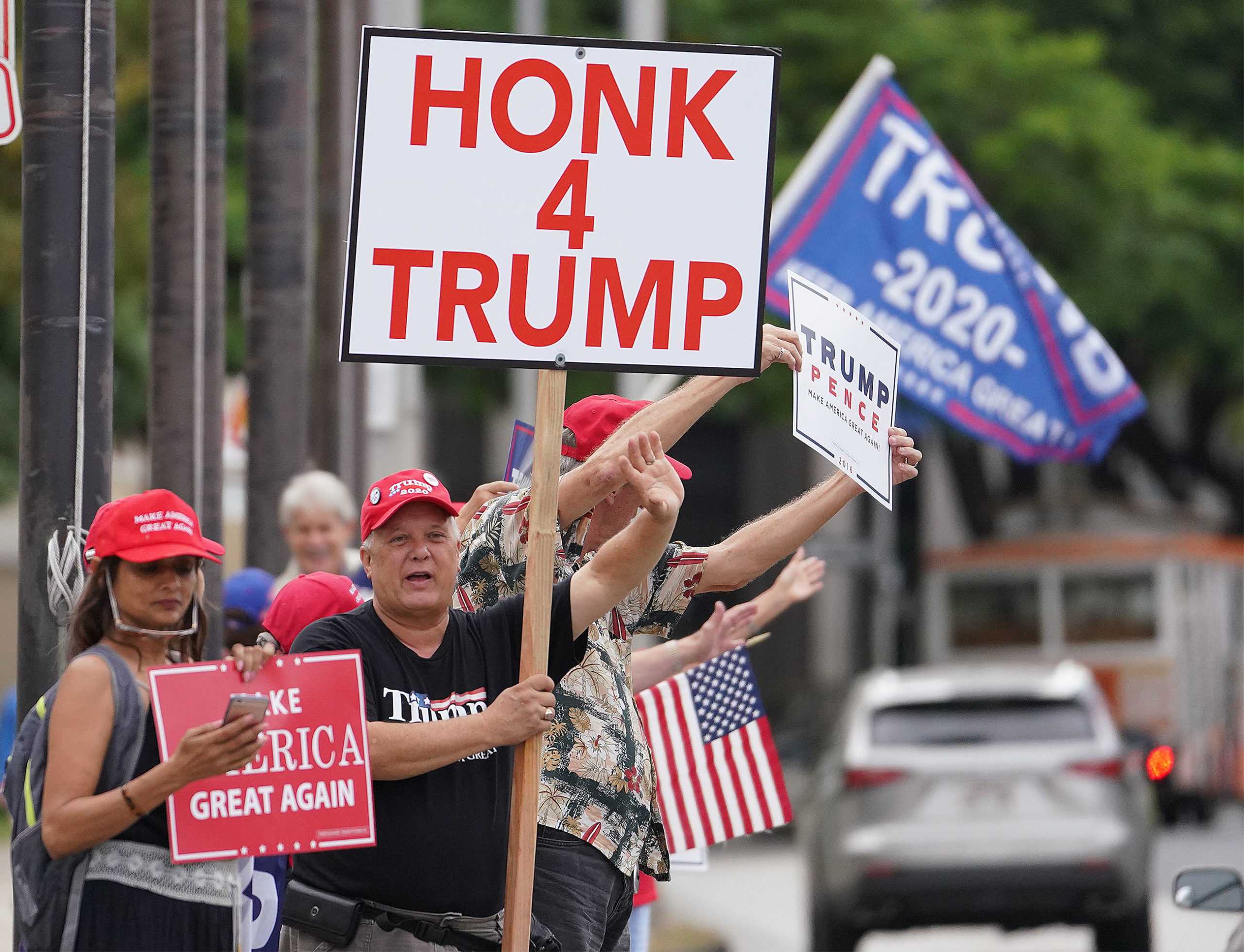 Can we do much to reduce the U.S.’s ferocious polarization?

Maybe in the long run, but that requires a very different way of thinking. Think of two different approaches to change: intervention and process.

Intervention is a self-conscious, targeted way to change people.   That approach is the clearer of the two and the one that gets more attention.  It is also less likely to succeed.

The process approach, if you can even call it an approach, has brought about remarkable changes in American politics and society: fertile periods of unity, civility and good public policy.

A process, though, is a long and winding road. There is no one certain place to begin. It happens, emerges. The changes take a long time and evolve in ways that are hard to repeat or even understand.

But that’s better than intervention, which is more likely a road to nowhere. Here’s why.

Science magazine recently published a report that shows how tribalized American society has become and what can be done about it.

Many of the recommendations target what the report calls “avenues for intervention that hold particular promise for ameliorating political sectarianism.”

“Avenues”— straight, to the point, a designed way to get from here to there, a planned intervention.

Tribalism has become extreme in the U.S., but there have been periods of relative commonality.

The Science report focuses on ways to change individuals by using forms of what you might call tough but gentle persuasion, making it possible to have political differences without the all-encompassing hate and disgust.

Some of these interventions are about ways of bringing opposing sides together, to make them more comfortable with one another and to reduce the misperceptions they have about the opposing side. In other words, using methods to make people less hostile to their opponents and more likely to accept their humanity — starting with your own friends and family.

This requires a long-term commitment to mutual understanding and an ongoing relationship with people who fundamentally disagree with your politics.

It also requires emotions that have disappeared from the political scene.

“At a personal level,” the psychologist Jonathon Haidt says, “we influence people more by displaying warmth and empathy than by rational argument.”

There is a whole bunch of research that points out how hard this is, but let me put it in personal terms. Are you willing to commit to a warmth-and-empathy process with people in another tribe?

My guess is that after hemming and hawing, when the time came, your answer would be no. Who wants to get together with people they really don’t like? Where is the incentive?

The main problem is that that approach is so limited in scope. Even if you were willing, it would hardly make a dent because this strategy does not get at the valuable missing pieces.

They bring different kinds of people together. They link individuals to something broader than themselves.

These groups don’t form to raise mutual understanding. They form because there is some kind of job to be done, and doing the job becomes more important than any differences.

As Robert Putnam pointed out in his book “Bowling Alone,” there is now much less collective participation overall. And political sectarianism makes it more likely that when you do participate, it is with people like you.

And then there is Congress, the most flawed institution of all. The Science report recommended that politicians begin to model “less sectarian” behavior.

Yeah, right. There remains little incentive to do so and every indication that a large group of Republicans in Congress want sectarian behavior, along with Donald Trump’s influence, to continue.

To sum up, the Science report is a puny model for social change because it leaves out the juicy parts.

So, what’s the alternative?  Be prepared for a wild ride that may depress you but should inspire you.

Carlos Lozada, the Washington Post’s non-fiction book editor, recently wrote a book based on his analysis of 150 books written about Donald Trump’s presidency.

There is no simple blueprint for learning how to get along together again but it can happen.

The best ones, Lozada said, did not simply focus on Trump himself or the present.  The good ones took broader perspectives—the historical, societal processes that moved the country from division to commonality.

Americans have come together and drifted apart a number of times. Yet in important parts of our history, particularly in the early to mid-20th century, the dominant way of thinking and acting stressed commonality rather than difference.

Putnam, the author of Bowling Alone, just wrote a book about times when the country was not so fragmented — to quote the book’s subtitle, “How America Came Together a Century Ago and How We Can Do It Again.”

In his terms, the country moved from an emphasis during the Gilded Age’s (roughly the last half of the 19th century) on the individual to the Progressive Era’s emphasis on the collective.

The Progressive Era is relevant because its national issues were very much like today’s. There were increases in “economic equality, political comity, social cohesion, and cultural altruism that set in motion genuine upward progress.”

You’d settle for those results, right?

There was an enormous amount of grassroots civic participation, driven by a kind of moral uplifting and political awakening that moved people outside of themselves.

If that period is a model for what many people want and how they would like to get there, it also shows how unruly that process is. Putnam writes that “there was no blueprint for this,” no avenues or targets or grand plans.  The movement emerged, evolved, moved forward, stuttered, came out surprisingly well. Then we backslid.

A long and winding road, maybe the best hope but a pretty messy one. It involved people adapting to their environments, as David Brooks described a similar process, “in a million ways we will never understand or be able to plan.”

Can’t understand it, can’t plan it. Oh my.

As Brooks said in his final column of 2020, “This points to a more fundamental vision of social change, but it is a hard-won lesson from a bitterly divisive year.” 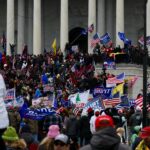 Members Of Hawaii Delegation Call For Immediate Removal Of Trump

"45% of Republican Voters Support Storming of the Capitol Building" as reported by Newsweek of a just released YouGov poll.  And you want "... to commit to a warmth-and-empathy process..."  Are you serious?  Have you not been paying attention to the last 4 years or the last 24 hours?  This is class warfare between Trumpian cultists and the rest of America that is not going to be solved by sitting around singing Kumbaya.  Let's start the "healing process" with impeachment.

As I read your column, it sounded really reasonable and without bias, but I read more and there it was. "And then there is Congress.  The most flawed institution of all (I thought, OK, I can agree). The Science report recommended that politicians begin to model "less sectarian" behavior (again, I can agree). Yeah, right. There remains little incentive to do so and every indication that a large group of Republicans in Congress want sectarian behavior, along with Donald Trumpâs influence, to continue" Bingo. Preaching and then accusing the conservatives of having "Sectarian behavior". What did Nancy Pelosi just do. She changed a long-standing House rule, known as "motion to recommit," that permits the minority party to change legislation on the floor before a vote. And you blame Republicans? Stop being so obvious.  One more statement. "The Progressive Era is relevant because its national issues were very much like todayâs. There were increases in "economic equality, political comity, social cohesion, and cultural altruism that set in motion genuine upward progress." We can agree on upward progress, but there should not be economic equality. We strive for a meritocracy, not socialism.

The major problem that I have with Trump supporters is their lack of intelligence. Their lack of understanding basic concepts, and their continuance on believing lies and religious racist bigotry versus science and intelligence.