Let's Honor Our Pacific Marine Monuments By Building On Their Legacy

The goal? To see 30% of our ocean waters become marine protected areas by 2030. 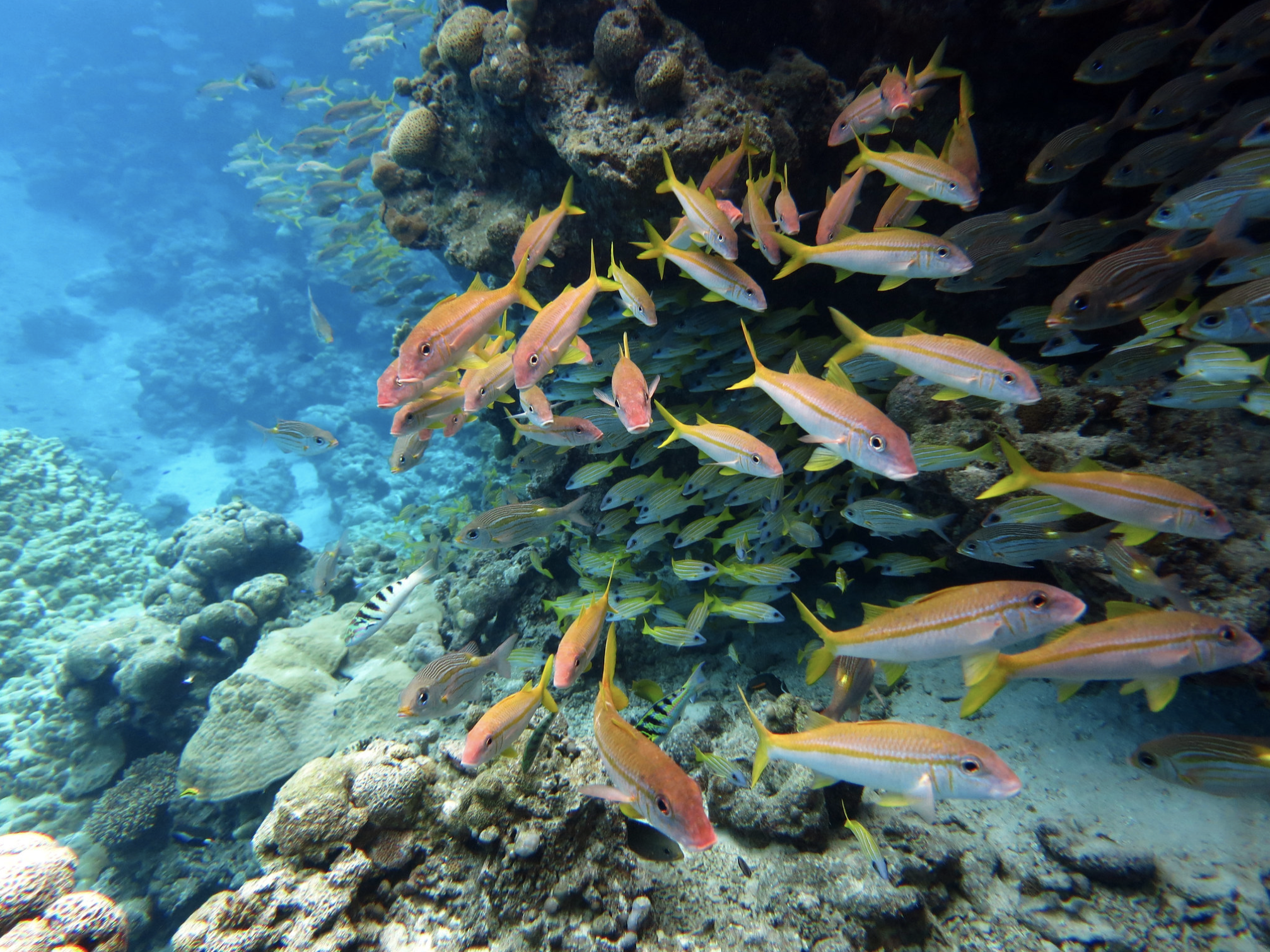 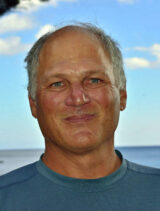 Alan Friedlander is chief scientist for National Geographic’s Pristine Seas Program and a researcher at the Hawaii Institute of Marine Biology.

As a scientist who has witnessed firsthand the wonders of each of these special ocean places, I am proud and grateful that they form the foundation of our nation’s strong ocean conservation legacy.

Created and expanded by presidents from both sides of the aisle, they are an inspiration to Hawaii and the world.

Now, they have the chance to provide a blueprint of hope for a future healthy ocean.

The past four years have seen many attacks on our oceans by the current administration, including rollbacks of protections for the Northeast Canyons and Seamounts Marine National Monument in the Atlantic, which paved the way for industrial fishing. We have faced the threat of the same happening to our precious and irreplaceable Pacific marine monuments.

As my Hawaii-based scientist colleagues and I stated last summer, stripping these places of their important protections would be a damaging and senseless act.

Grey reef sharks and colorful schools of​ ​​anthias are seen here in the waters of Jarvis Island, part of the Pacific Remote Islands Marine National Monument. Large predators such as these sharks dominate these remote locations, where fishing is forbidden.

Rose Atoll, the Pacific Remote Islands and the Marianas Trench are among the crown jewels of our nation’s network of marine protected areas. We must build upon their legacy, not tear it down.

These marine monuments protect some of the last wild places in the ocean. Within their boundaries, top predators like tunas and sharks hunt in waters free of industrial fishing, and protected species like sea turtles and whales migrate undisturbed.

Coral-encrusted seamounts teem with life and are safe from the looming threat of deep-sea mining. The islands within these monuments are home to significant bio-cultural resources and history that must be respected and preserved for future generations.

These monuments also serve as living laboratories for scientific exploration and discovery. On a recent National Oceanic and Atmospheric Administration expedition exploring seamounts in the Pacific Remote Islands National Marine Monument, over 80% of the species observed were new to science, demonstrating how much we still have to learn.

Baker Island, another part of the Pacific Remote Islands Marine National Monument, supports a diverse community of marine and terrestrial organisms, including invertebrates like this hermit crab.

And importantly, there is no credible evidence that the Pacific monuments have had a negative economic impact on Hawaii’s fishing fleet. In fact, they are likely source areas that benefit fisheries outside their boundaries.

But our ocean is currently facing unprecedented challenges. It has absorbed over 90% of the heat and nearly a third of the carbon dioxide generated from human-driven greenhouse gas emissions, creating an ocean that is warmer, more acidic and increasingly starved of oxygen.

Nearly every corner of the ocean has been touched by humans. And the ocean’s biodiversity is at risk, with more than one-third of all reef-forming corals and marine mammals currently threatened with extinction.

Luckily, we know marine protected areas like our Pacific marine monuments can help. These important conservation tools protect areas of the ocean from human pressures like industrial fishing, offshore oil and gas exploration, deep-sea mining and energy development, giving these areas a chance to heal.

This “hydromedusa” was documented at a depth of 2,400 feet during midwater transects near the Mariana Trench Marine National Monument. Virtually every time scientists document midwater fauna, they make new discoveries.

Research has shown that when it comes to marine protected areas, the stronger the conservation measures, the more effective those areas are at restoring and preserving our ocean’s biodiversity, increasing yields in adjacent fisheries and enhancing the resilience of ecosystems in the face of climate change.

For these reasons, scientists like myself are recommending that we designate 30% of all ocean waters currently under U.S. jurisdiction as marine protected areas by 2030. This goal, backed by strong scientific research and endorsed by leaders across the globe, can help our ocean recover and remain healthy and economically viable for generations to come.

I am relieved and heartened that the incoming administration recognizes not only the importance of preserving these special places but also of building upon their legacy to ensure that the rest of our ocean is well-managed and, where needed, well-protected.

I applaud President-elect Joe Biden for his commitment to protect 30% of our U.S. ocean and land by 2030.

The vibrant coral reefs at the Rose Atoll Marine National Monument in American Samoa are home to a large array of fish species, including these schools of goatfishes, snappers and emperors.

Here in Hawaii, we are fortunate to have strong champions for our ocean in Sens. Brian Schatz and Mazie Hirono, Gov. David Ige and Reps. Ed Case and Kai Kahele.

Our state consistently serves as a leader in ocean conservation that is grounded in strong Hawaiian traditions of sustainable use, and we are embarking on our own process to build on that leadership by protecting 30% of our state waters by 2030.

After all, in 2016 Hawaii became the official birthplace of the “30×30” movement, when leaders from over 180 countries at the IUCN World Conservation Congress in Honolulu announced the global goal to protect 30% of the planet by 2030.

Land and sea at Rose Atoll. Rose Island, seen here, is one of only two small bits of land at the atoll and the only one with vegetation. These two islets support most of the seabird populations of American Samoa.

Setting aside America’s treasured ocean places may be the last, best chance to secure our ocean’s health into the future. Let’s celebrate the 12th anniversary of the establishment of the Rose Atoll, Marianas Trench and Pacific Remote Islands Marine National Monuments by recognizing the significant benefits of protecting these special places and renewing our commitment to protect more of our ocean by 2030. 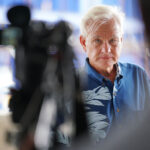 Alan Friedlander is chief scientist for National Geographic’s Pristine Seas Program and a researcher at the Hawaii Institute of Marine Biology.

2030....we have about 10 years to get the message out.  I have found that reaching out to our youth, educating them and letting them experience first-hand what and why, is one of the best ways to move efforts like this forward.  They will inherit this earth and this will directly impact them and their children.

Like many of us fortunate enough to have been born and raise here in Hawaii, has most certainly at one time or another  experienced our sidelines and oceans. Even those who did not live near the coastlines find themselves at the waters edge on any given day. And for those who do reside in our shorelines have that special privilege of awakening to that awesome view of the Pacific ocean. Unfortunately, those casual beach goers only tend to see only the obvious. If only they knew the true beauty of what's not seen, what's not obvious, everything beneath the surface of the ocean, would be amazed at world within. A delicate world compromised because it's not seen, experienced and witnessed, is being ignored and destroyed. It's a combination of several things, but most of all because of a lack of awareness. Awareness of how important our oceans are not only to the life of those who live in the oceans, but above of it as well. Awareness... the word of the day. So, the next time you're at the beach, take a minute or two to reflect on the importance of our oceans to all life - below it and above it. Be amazed of its beauty and wonderment. The ocean is a good thing... don't you think?