The State Of The State Address That Wasn’t 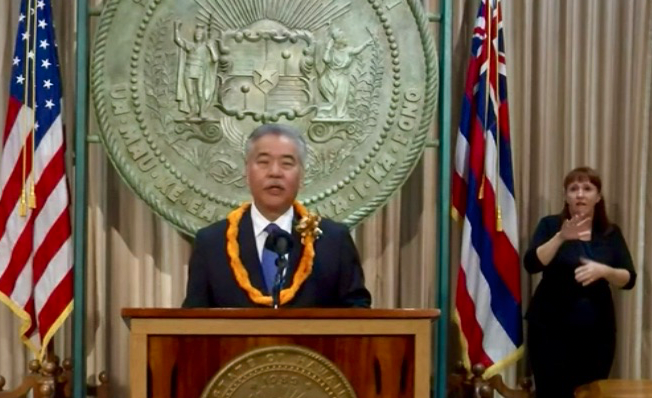 Hawaii is in the midst of the worst health and economic crisis in memory, and yet practically all David Ige can come up with to address these most pressing of matters is promoting broadband and a tax on sodas.

The governor’s State of the State address on Monday was highly anticipated to lay out major proposals to help the state out of its morass. Ige himself has been warning for months that tough calls would have to be made in order to balance the state’s budget due to a severe drop in tax revenue due to the pandemic.

Would that mean furloughs of state workers and job cuts? Would taxes and fees have to be increased? Would programs, projects and services have to be consolidated or eliminated?

Instead, what Ige had to say amounted to a big nothing-burger, an action plan with neither action nor a plan, a missed opportunity when Hawaii most needs leadership to take us forward.

A screen shot of Gov. David Ige delivering his State of the State address in 2021.

Yes, the governor said there is reason to hope because vaccines are being distributed, because there is a new U.S. president who actually cares about people and because Hawaii has the lowest COVID-19 infection and death rates nationally.

But it will be months if not longer before the vaccines take hold, Joe Biden and the Democrats face a Republican Party still intimidated by Donald Trump and U.S. Capitol insurrectionists and coronavirus cases continue to number in the triple digits locally.

Meanwhile, the Hawaii visitor industry continues to be “severely impacted” — in the words of the Hawaii Tourism Authority this week — by the pandemic. Visitor arrivals dropped 75% in December compared to a year ago.

Yes, tax revenues are projected to be better than forecast. But they will not magically erase overnight a budget deficit of $1.4 billion in each of the next four years, to use the administration’s own estimates. Key legislators say the current hole is actually more like $1.8 billion.

And, bizarrely, Ige says he wants counsel from legislative and business leaders as well as former governors by April on a “plan of action” to create what he calls Hawaii 2.0. He says it will be up to the Legislature to act on the initiatives — a year from now.

Talk about kicking the proverbial can down the road. Our operating system badly needs an upgrade now. A year from now the focus will be on who will replace Ige in the 2022 election and their ideas for taking the state forward.

Has Ige not been paying attention to the many ideas promulgated by the special House and Senate committees on COVID-19? And what the heck ever happened to Allan Oshima, Ige’s economic recovery navigator?

We appreciate that the governor did not want to talk for hours, as he put it, by delineating in his annual address the details of his legislative package (where one can find the sugar-sweetened beverage bill, as it wasn’t mentioned in the state of the state, either).

We know that he, fellow Democrats and labor unions are loathe to hurt state workers who, like many of us, are struggling in these anxious and trying time.

But, to quote the current POTUS, “Come on, man.” 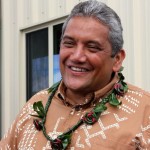 A strong case can be made for malfeasance in office by the Governor.  On his watch and by his actions and non-actions We the people of Hawai'i are suffering needlessly.  Just saying.

"...to quote the current POTUS, "Come on, man." " The same can be said of this editorial. Ige said a full economic recovery will take time (specifically, 2024). This is due to the fact that we cannot just throw upon our gates to tourists without restrictions or we will run out of ICU beds. Ige mentioned three important issues that he wants the legislators and policy makers to work on: build more affordable housing, find incentives to retain and recruit teachers by building teacher housing on DOE owned state land and educating our keiki to work in the digital economy.  All of these have merit and are badly needed. Opening tourism is the easy and fast way out but it will be short lived when infection rates go through the roof. Come on, man! There was a lot of good wagyu beef in Gov. Igeâs State of the State address.

He said "Nothing gonna change!"