Chad Blair: Are House Lawmakers Out To Get Josh Green? - Honolulu Civil Beat

Chad Blair: Are House Lawmakers Out To Get Josh Green?

A bill from the speaker and majority leader would forbid lieutenant governors from holding side jobs. 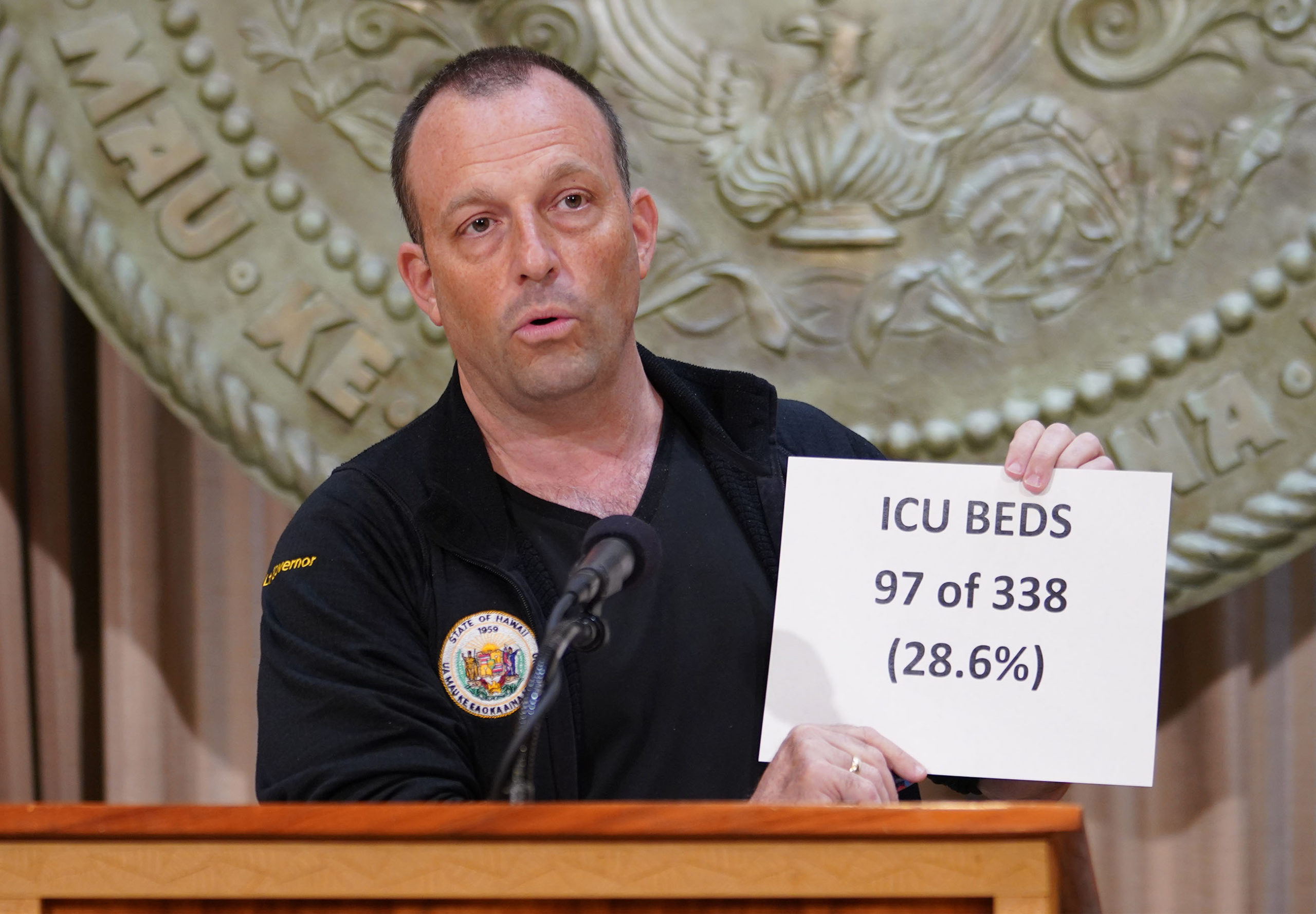 When the Hawaii Legislature passed a bill last year prohibiting governors and mayors from holding any other employment other than the one they are elected to, some folks at the Capitol and elsewhere called it the Kirk Caldwell bill.

After all, as mayor of Honolulu at the time Caldwell was pulling in a six-figure salary from Territorial Savings Bank – a result of his earnings as a bank director and through exercising stock options.

Caldwell, who received approval for the side gig from the Honolulu Ethics Commission, said it involved only a few hours a month of his time and dismissed any suggestion of a conflict of interest. But the arrangement drew criticism from media pundits and political opponents.

Now, new legislation is moving through the state House that would ban Hawaii lieutenant governors from holding second jobs. Some folks are already calling House Bill 1075 the Josh Green bill, because the sitting LG is a medical doctor who works a 48-hour shift twice a month in the emergency room of tiny Kohala Hospital in Kapaau.

Here’s where the politics come into play: Green and Caldwell are the two most prominent politicians who have expressed strong interest in running for governor in 2022, when Ige’s final term ends. Indeed, both have already raised campaign funds to that end.

House Bill 361, the 2020 law applying to governors and mayors, was authored by Scott Saiki, the House speaker. HB 1075 is authored by Majority Leader Della Au Belatti and supported by Saiki.

The ban on mayors and governors does not go into effect until Nov. 1, 2022, so Caldwell (who completed his second and final full term at Honolulu Hale in January) was not impacted. HB 1075, the ban on additional employment for LGs, would also go into effect at that same time, meaning Green can continue wearing his scrubs for the time being.

But should either Caldwell or Green be elected governor in November 2022, they would have to give up the moonlighting.

Saiki has explained the prohibition as inspired by Donald Trump, whose businesses benefited from his presidency while he was in office. Indeed, Saiki first introduced his bill when Trump became president in 2017.

Last month, the U.S. Supreme Court brought an end to lawsuits over whether Trump illegally profited off his presidency, “saying the cases are moot now that Trump is no longer in office,” according to The Associated Press.

The lawsuits alleged that Trump violated the U.S. Constitution’s emoluments clause “by accepting payments from foreign and domestic officials who stay at the Trump International Hotel and patronize other businesses owned by the former president and his family.”

Similarly, it also states that — like govs and mayors — LGs must “devote their complete attention, time, and energy to serving the people of Hawaii to the best of their ability and to also avoid even the appearance of a potential conflict of interest.”

But here’s the problem with that argument: Hawaii lieutenant governors have virtually no power to do anything other than fill in for the governor when they are out of state, incapacitated or leave office early.

Green, however, has transformed the LG job by virtue of his personal ambition but also his medical degree.

He garnered tons of positive media coverage and good feelings for leading a medical mission to Samoa in 2019 during a measles outbreak there. Green’s profile then went to a whole other level when COVID-19 first surfaced in Hawaii a year ago.

I called Belatti Thursday to ask about her bill, wondering if politics were involved. She told me she would publicly comment on HB 1075 Friday in remarks on the House floor, but that didn’t happen.

The LG bill still awaits a full floor vote before it can cross over to the Senate for its consideration, so perhaps we will hear more from the majority leader. But it is worth noting that there is no similar legislation in that chamber.

“I am honored to be a physician and to care for my community as I have for decades,” he told me Thursday. “Being a physician makes me a better lieutenant governor. Assuming this bill is not meant to begin until the end of 2022, then I suppose it’s not aimed at me.”

Green said he pays for his transportation and meal costs when he flies to Kapaau. But the Department of Public Safety pays for his sheriff division detail for his “safety and protection,” according to DPS.

Interestingly, Belatti is also the introducer of a bill that would establish criteria “for institution of and causes for” impeachment of a governor or lieutenant governor. House Bill 1339 has not been scheduled a hearing yet, but one can’t help but wonder if politics are at play here too.

In this case, however, I don’t see it.

The Hawaii Constitution is vague on impeachment, and Sen. Les Ihara, who has introduced similar legislation before, has again this session introduced an impeachment bill. It too has not been given a hearing.

But, just as Trump and emoluments have been in the news, Trump is now the only president to be impeached twice in the House and acquitted in the Senate. It makes sense for Hawaii law to be clearer on the matter of removing its top two leaders. Indeed, Belatti’s and Ihara’s bills both reference “malfeasance in office, corruption, dereliction of duty, or other high crimes or misdemeanors.”

Let’s go back to the LG second job bill for a moment.

Sandy Ma of Common Cause Hawaii supports it, writing in testimony, “Any significant gift or monetary compensation from interests outside of their state position is entirely inappropriate and could cloud their judgment or lead them to consider their personal interests above those of their electorate.”

But Lynne Matusow, a Honolulu resident who keeps close track of legislation, infers in her testimony that HB 1075 “is aimed squarely” at Green. She notes that the Big Island faces a shortage of physicians.

“We cannot afford to lose his services or that of others in the future who will fall under this bill,” she wrote. “The bill is short sighted. This bill is a great disservice to the people of Hawaii.”

One final point: state legislators are not prohibited from holding other jobs, something that attorneys Saiki and Belatti both do. But then, the Legislature is technically in session only a few months out of the year. 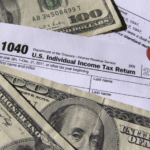 Caldwell earned $150,000 annual income from his bank job for "only a few hours a month of his time." It must be nice!Caldwell's single person income from a few hours a month at the bank is DOUBLE the median HOUSEHOLD income of approximately $75,000 for Maui County residents. A reminder here, household is for all adults living in the same rental/home unit. For example, 2 adults working 40 hours per week, 52 weeks per year at $18 per hour will gross $75,000 when you combine their income. That's Maui's median household income, 2 people working full-time. What's the job description for Caldwell's bank position that only requires a few hours per month and pays $150k a year? This is exactly the kind of income inequality that has destroyed the middle/working class in the U.S. over the last 40 years. People doing real jobs with real work can't earn enough to cover basics like food, rent, and medical treatment, while "consultants" or upper level managers/CEOs make 6-7 figure salaries.

Saiki is really trying to upstage the administration this session... Whether it's publicly criticizing project which he himself is chairing (Hawaii 2.0, under DBEDT), promoting duplicative legislative efforts over COVID-19 and the economy (clearly dueling for public attention), or now going after Dr. Green... Very concerning behavior coming out of the House and Senate causing more confusion in the states, and it reeks of self-centered politics. The lack of cohesion and buy in between the branches of government in our state is seriously concerning.

Bad blood probably between Green and Belatti since the marijuana dispensary legislation years ago. Green was adamant that his MD friends still have a hand in the game. He was thrown off the conference committee by his own Senate leadership! That aside, if he is the official governor-in-waiting (he is), and if he is paid a full-time executive salary for that ($160K or so, he is), then he should abide by the same rules as the governor. Josh Green has, since his time in the legislature, always shown he was very much beholden to doctors and doctors' interests, often to  exclusion or detriment of other professions, institutions, and insurers. To the extent that he continues to practice medicine (still compensated by HHSC?), he will at least give the appearance of not being impartial for the public good in health matters. The legislature was designed to attract persons from other fields and with different types of expertise, e.g. CPAs, teachers, attorneys, nurses and sometimes doctors. Not so the executive branch. When he left the legislature for the 5th floor he should have left his medical practice, though he is of course welcome to study and opine on medical matters.