Lee Cataluna: The One Industry That Is Roaring Back - Honolulu Civil Beat

Lee Cataluna: The One Industry That Is Roaring Back

Hawaii is shaping up to have a banner year as a Hollywood backdrop. 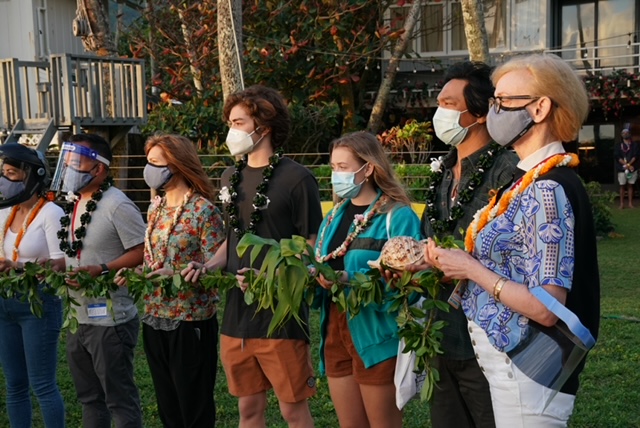 Donne Dawson doesn’t want to jinx it, but she says 2021 could be a great year for film and television production in Hawaii.

The State of Hawaii Film Commissioner says three major television series are currently in production on Oahu. In addition, several reality shows are taking a close look at locating productions on Maui, Kauai and Hawaii island. A number of smaller independent films and several commercials also have been in production.

“It will be an infinitely better year than 2020,” Dawson said. “We are very aggressively working our way back up.”

While so much of what’s left of Hawaii’s economy is struggling to hold on and adapt to the COVID-19 era, film and television production has come roaring back.

Dawson said there hasn’t been this much series production action on Oahu since 2004. That year, ABC’s “Lost,” FOX’s “North Shore” and a police drama called “Hawaii” for NBC/Universal were all in production in the islands.

Currently in production is Season 3 of CBS’s “Magnum P.I.,” a reboot of the original series starring Tom Selleck that ran from 1980-88.

“Doogie Kamealoha, M.D.,” a series for Disney+, is also in production. That drama is a reboot of “Doogie Howser, M.D.” starring Neil Patrick Harris, which ran from 1989-1993. The titular character of the modern version is a part-Hawaiian girl prodigy who becomes a physician while still in high school.

A third series by Sony Television is being filmed, though details were being kept under wraps by producers.

Dawson said all this activity is attributable to several factors.

First, Hawaii has done a good job at keeping coronavirus numbers down in comparison to other states. It has built a reputation as a safe place to work during the pandemic.

Second, the film and television industry has adopted a strict set of protocols to keep everyone involved in a production safe from COVID-19.

Third, there is a huge demand for new content. With so many people staying home for entertainment, it is a boom time for new shows.

A blessing ceremony was held for the production of the new TV series “Doogie Kamealoha, M.D.,” which is being filmed on Oahu.

“People have been streaming content like never before during the pandemic,” Dawson said. “They are cranking up production to meet the demand.”

Things have changed rapidly in the last several months for the Hawaii film industry.

In October 2020, the production of a TV series “Temptation Island” caused some concern on Maui. It was coming in before the State of Hawaii had established the “Safe Travels” protocol for trans-Pacific passengers, and a mandatory 14-day quarantine for all people arriving into the state was still in place.

The producers of that show signed on to the newly created Safe Way Forward document put forward by industry-related unions to mandate strict rules for pre- and post-flight COVID-19 testing, regular testing throughout the duration of the production, isolated bubbles for cast members, and a closed set.

Maui Mayor Mike Victorino initially expressed concern about the production, but ultimately supported permitting for the project, which was filmed almost entirely within the resort where the cast and crew were staying.

Hawaii has now progressed to the point where television shows can be shot on location and on practical, working sets, as in a set that was built at the University of Hawaii Cancer Research Center in Kakaako for “Doogie Kamealoha, M.D.”

Dawson estimates that the three series represent more than 4,000 local jobs, including work for vendors who support all three productions. “There are hundreds of Hawaii small businesses that are necessary to support this level of production,” she said.

The one segment of the industry that has not come back is production companies from Japan, who are not yet bringing their commercial projects to Hawaii.

The last record year for film and television in the state was 2018, when productions brought in an estimated $477 million in revenue.

Having this much activity on Oahu all at once means a great deal of coordination is needed to make sure the same neighborhoods aren’t used as film locations over and over again, which can inconvenience residents and burn out their goodwill after a while.

It also means constantly thinking of the fundamental question being asked of every venture entering the state: “Are these guys making the COVID-19 situation better or worse?”

To that end, Dawson points out that these production companies have the financial resources to observe stringent protocols, they are bringing money into the state and they have the motivation to stay safe.

At a time when so many live entertainment options are trying to figure out how to carry on in a virtual world, having this much interest in coming to shoot on location in Hawaii is significant.

“We have a windfall opportunity here,” Dawson said, “And it comes at a time when we desperately need economic revitalization.” 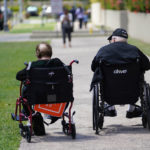 Maybe a documentary on the homeless could be filmed with real people participating.  Each episode could feature several families and organizations, homeless camps and what they are going through tied onto the efforts of the government to combat the homelessness.  The film industry could then contribute to the State to help resolve the issues.

This article needs to mention the amount of annual tax credits given to reach $477m in annual revenue. If $477m in tax credits were awarded that year, it doesn't sound that successful now, does it? Coming up next, the HI film industry asks the Legislature for economic incentives to bring non-US productions (Ie, Japanese) to Hawaii.

This is the one promising bright spot on the horizon and while it will never replace tourism it is a definite step in the right direction for economic diversity. I really hope Doogie can follow the footsteps of Finding Ohana. Not an excellent film, but definitely entertaining with minimum local cringe.