My Problem With A $17 Minimum Wage - Honolulu Civil Beat

My Problem With A $17 Minimum Wage

While a worker will appear to get paid more, the reality is that prices for everyday living will increase. 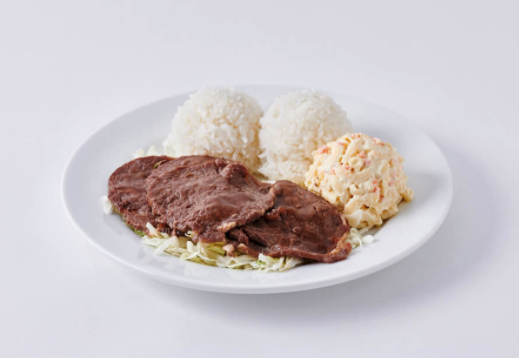 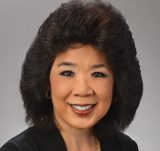 Charlene Kim is the vice president of operations support at FCH Enterprises, parent entity of Zippy’s Restaurants. She has worked there for over 47 years.

What do the minimum wage and Zippy’s teri beef have in common?

I first started working at Zippy’s as a fast-food counter clerk in 1973, during high school, looking to make spending money like so many other kids.

My starting hourly wage was $1.65, or 5 cents above the mandated minimum wage at the time. For perspective, a teri beef plate, one of our most popular plates, sold for $1.65, the same as I was paid per hour.

I continued to work at Zippy’s through high school and college, and when I had graduated from UH in 1977, my pay rate was $2.95 — still roughly equivalent to the cost of the teri beef plate at $2.90.

I eventually moved into a salaried management position, but if you track the starting hourly wage at Zippy’s, the rate of pay rose faster than the state-mandated minimum wage (it is currently $10.10 an hour) due to competitive pay pressures — the pressure to pay more because the market for talent demanded higher pay.

Hmm, isn’t this just high school-level economics in play? The more that expenses go up, the higher the price must go to cover those costs.

A screen shot of a Teri Beef Plate, courtesy of  Zippy’s.

A new $17 minimum hourly wage far outstrips the competitive marketplace and will force all companies to increase their prices. In the end, while the worker appears to get paid more, the reality is that prices for everyday living will increase, effectively wiping out any perceived gains in their income.

In a free market, the prices of labor and of the end-product tend to move slowly, allowing for small adjustments by both sellers and buyers. However, this growth in the minimum wage is likely to destabilize pricing and create surges in prices that all consumers will need to pay.

We need to save local jobs and businesses.

I’m not sure there are many that want a teri beef plate to cost $17 in the near future, but if a new minimum wage passes at that rate, that’s what you will see from many plate lunch restaurants.

COVID-19 has already closed so many businesses across Hawaii, and those remaining are still struggling to survive. Faced with increasing costs and shrinking revenues due to the pandemic, businesses may be forced to cut back on hours, lay-off employees, or even close their doors completely.

We need to save local jobs and save local businesses right now, not add more costs. Most reasonable voters would have their own beef with raising the minimum wage now. 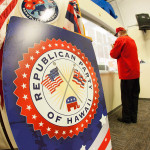 It’s A New Day For The Hawaii GOP

Charlene Kim is the vice president of operations support at FCH Enterprises, parent entity of Zippy’s Restaurants. She has worked there for over 47 years.

As a small business owner you want to retain and attract talent by offering competitive salary packages, not just wages, but other incentives.  One of the many problems with government getting involved in the private sector is trying to set artificial wage minimums.  A business will pay an employee what they are worth.  If they stand out and production increases, so to does compensation.  Most of the argument here is for the lowest paying jobs, many of which are covered by union organization, such as the Local5.  So liberals argue that fast food job and other entry level jobs should get paid $17.00/hr., when the value of the service, or production doesn't change.  Like all the other government mandates and orders, particularly during this pandemic, you are telling business owners what they need to do, rather than fostering free enterprise and letting the market set the rate.  As a business owner, I'm going to question how this wage increase is substantiated in production/benefit?  Only local government, which is run by unions can afford to do this.  If you want to get compensated more the key would be education and motivation, not entitlement.

One thing left out of this discussion, is that the arguments like Ms. Kim's have been used for years to avoid a major cost of doing business, by shifting some  labor costs onto taxpayers. When businesses do not pay their employees a living wage, they are apparently willing to let them starve. But the public fills in with various welfare plans, using  our tax dollars, thereby subsidizing the pay of corporate heads (including VPs, such as Ms. Kim) and profits to investors. Even worse, the higher the income, in general, the lower percentage--and often the lower the amount--of taxes paid. (Options for dodging taxes are available to wealthy people that are not available to the rest of us.) If a business had to pay the full cost of doing business, they would not be able to claim the obscenely high salaries that Civil Beat published recently.

If we are going to raise the minimum wage to a ridiculous number why bother getting a college degree?  May as well work for a high minimum wage from the get go instead of taking out a student loan for college; get a BA in arts & science; get paid cheap wages that may be like a $1 or 2 higher than the minimum wage guy and still be stuck with that student loan.  Being a little sarcastic here but you get the point.  Like I said earlier,  the minimum wage was never meant to be a way to make a living.  It is an introductory pay rate for new workers to give them experience in the real world.  The workers use these entry level jobs to eventually help them in getting a better paying job to make a living.However, some people commenting think a minimum wage is the minimum someone should get paid so they can make a living.  I sympathize with how they feel but that is not what minimum wage was intended for.  In a perfect world yes.  In the real world, unfortunately no.