We appear on a promising road to recovery from the pandemic, but a far more existential threat to the planet persists. 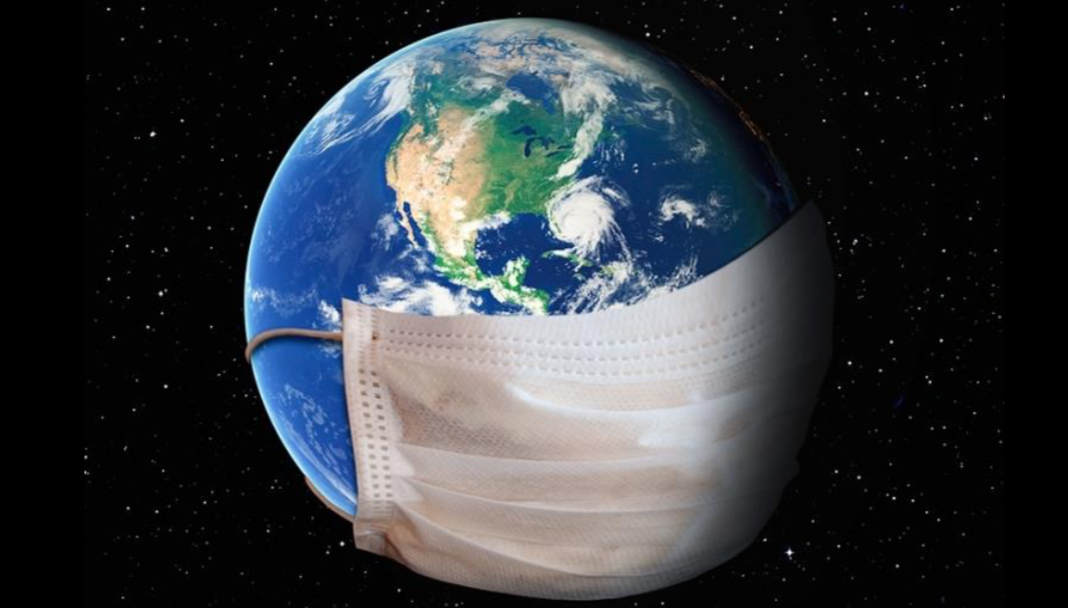 Like thousands of Hawaii residents last week, I received my first dose of the COVID-19 vaccine. It was so encouraging to see so many folks lined up ahead of and behind me that I almost let go my frustration at seeing so many unmasked visitors in town for spring break (although happy for their business).

I think it’s fair to say there is a sense of optimism that, after a year of plague, the worst of the coronavirus may be behind us. I say this knowing full well that Hawaii returned to triple-digit cases this week, dangerous variants of the virus abound and much of the globe continues to suffer.

But the last 12 months has also fogged our perceptions as we pack on our “quarantine 15” pounds, scan Netflix for something new and remember those who fell sick and died.

The recent mass shootings on the mainland are a stark reminder that many great challenges never went away even as we went into collective lockdown.

Here’s what also didn’t go away: climate change, the greatest crisis of our times and a long-term threat to our planet. Consider this:

There are so many more examples of the evidence of global warming and its consequences, from massive wildfires in California to beach erosion at Maui’s Puamana Beach exposing Hawaiian burials.

“Our minds have been occupied, obviously, with many other things — the economy, the pandemic,” said Jeff Mikulina, executive director of Blue Planet Foundation. “But we can’t forget that we do have this other crisis going on. The climate crisis has not abated just because we’ve been focused elsewhere last year.”

The bullet points above come from a Blue Planet presentation shared with Civil Beat editors and reporters earlier this month. The group is a 501(c)(3) nonprofit committed to solving climate change challenges and clearing the path to 100% clean energy.

Mikulina and his team have met with us every year about this time for several years now. They bring us up to speed on the latest climate and energy trends with a particular focus on Hawaii.

This year felt different. For one, we met remotely rather than face to face, struggling to master Zoom connections. For another, it came just over one month into the Biden administration.

I asked Mikulina to comment on the four years of the now-ended Trump administration and just how much will change under the new president.

“I think the bottom line is it’s obviously been just a complete tidal shift with President Biden at least accepting science again, getting back into the Paris agreement and more importantly, telegraphing that across all of the United States’ engagements globally we’re going to have a lens towards truth through the climate lens, trade deals and the like.”

But Mikulina also expressed concern that people might think our climate problems are somehow solved because of Biden’s policies.

“The reality is nothing substantial is going to get through the Senate with such a paper-thin majority, and executive orders are a poor proxy for legislation,” he said. “So it’s still on us. It’s still on states and subnational entities to take action. So, yeah, we can’t let up on the gas here at all. But it has been a shift at the national level.”

A Model For The World

Blue Planet still believes that Hawaii can be a model for the globe on clean energy and climate solutions. It was just six years ago that we became the first state to mandate 100% renewable energy by 2045. Since then, five states including two of the largest — California and New York — along with Puerto Rico adopted similar carbon-free goals.

But, as with nearly everywhere else, COVID-19 displaced policy priorities.

“The pandemic brought to light systemic challenges and antiquated structures that are part of our society that we need to to reckon with. And then on top of all that, the climate crisis that Jeff shared about is still ongoing,” said Melissa Miyashiro, managing director of strategy and policy for Blue Planet.

Blue Planet’s focus at present is to find ways for the state to foster economic growth, create new jobs, build resiliency, consider equity and move toward decarbonizing the local economy.

“We recognize that we can solve multiple challenges together,” said Miyashiro. “They’re not mutually exclusive. It’s not either economic recovery or decarbonization. We can move together thinking about both of those.”

Blue Planet’s agenda includes a number of bills at the Hawaii Legislature this session including ones to encourage rental fleets and tour buses to transition to electric vehicles, (Senate Bill 768 and House Bill 433), expanding access to the state’s GEMS program to help finance initiatives on clean-energy improvements for low- and moderate-income consumers (HB 558 and SB 932) and boosting existing EV charger requirements (HB 803 and SB 756).

Several of these measure were still alive as of Friday.

But, as the Legislature advances to its April 29 conclusion, Miyashiro said bills that would streamline the process for updated building energy codes, put photovoltaic panels on all new single-family homes, require new buildings to be EV charger-ready and set renewable portfolio standards for gas utilities are not moving this session.

Several carbon pricing bills, including a measure that would impose a fee on the carbon content of fossil fuels, also stalled, although they will all be back next year.

I asked Miyashiro if clean energy and climate bills were less of a priority for lawmakers due to COVID-19 and the lagging economy. She said that was indeed the case.

“Lawmakers are really juggling many competing priorities and having to make some really difficult decisions,” she said, adding the organization focused its legislative agenda on “efforts that don’t require pulling state budget funds.”

“This is challenging work, even in great economic times,” she continued. “We’re really battling the status quo and business as usual here.”

Since Civil Beat met with Blue Planet, the Biden administration’s $1.9 trillion American Rescue Plan Act was enacted, of which $1.6 billion is expected to go a long way in shoring up Hawaii’s budget.

And just last week the White House invited the leaders of China and Russia to global climate talks and began to unveil aspects of an ambitious, $3 trillion rebuilding plan centered on climate change, infrastructure and racial and gender equity.

There is much, much to be done locally, nationally and globally. Opposing forces include most members of the Republican Party. Climate change is not going to one day “like a miracle” disappear, to use Donald Trump’s foolish prediction on COVID-19.

But I can make at least one safe prediction: Blue Planet will meet again next year at this time with Civil Beat to promote its agenda. Hopefully not on Zoom. 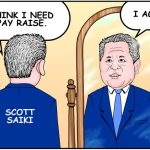 Rampant consumerism is the hallmark of American economy - as long most agree with this statement and take no action to change the American way of life - our beautiful green and blue Earth will suffer.One major root problem of America, which unfortunately and under brutal force Hawaii was made to be a part of,  lies in this sentence below .I almost let go my frustration at seeing so many unmasked visitors in town for spring break (although happy for their business).We Americans have wholeheartedly accepted the narrative - businesses and commercial activity is way more important than the health of citizens and of Planet Earth. Thankfully, many other counties have refrained from copying this policy.I think it that "sense of optimism"  however false I may think it is, may actually be dangerous and driving the cases in triple digits.

Global warming is a red herring. Yes, it is very real and will have a dramatic effect on coastal regions, the climate, the biosphere, and the way we live - but it will not end the human civilization, which will retreat and adapt. The real problem that we should focus on is the finite size of economically viable deposits of fossil fuels and the minerals that enable the existence and progress of our civilization. The renewable energy infrastructure will require truly colossal amounts of copper, lithium, cobalt, nickel, aluminum, iron, silver, platinum, palladium, indium, cadmium, selenium, tellurium, cadmium, neodymium, samarium and other rare earths, as well as cement and sand; extracting these in an environmentally responsible manner is quickly becoming more and more energy-intensive. Without abundant and cheap energy, the civilization (and most humans) will die. Renewable energy alone will not be enough to provide for the increased mineral mining costs. Hence, we should start investing in next-generation nuclear and in fusion-related R&D like there is no tomorrow.

One trip on a plane from anywhere else to Hawaii (or vice versa) obliterates any sacrifices you've made to reduce your carbon footprint.  I know the 'greenest' most well-intentioned vegans who take cold showers and bike everywhere, and then spend half the year flying all over the world to exotic places for their own amusement, enlightenment and raves.  Even Bill Gates said the solar roofs and electric cars were 'cute things rich people do', with very little material effect on the overall problem.  The only current feasible solution is more nuclear power plants by orders of magnitude.