Denby Fawcett: The Passing Of A Treasured Scholar 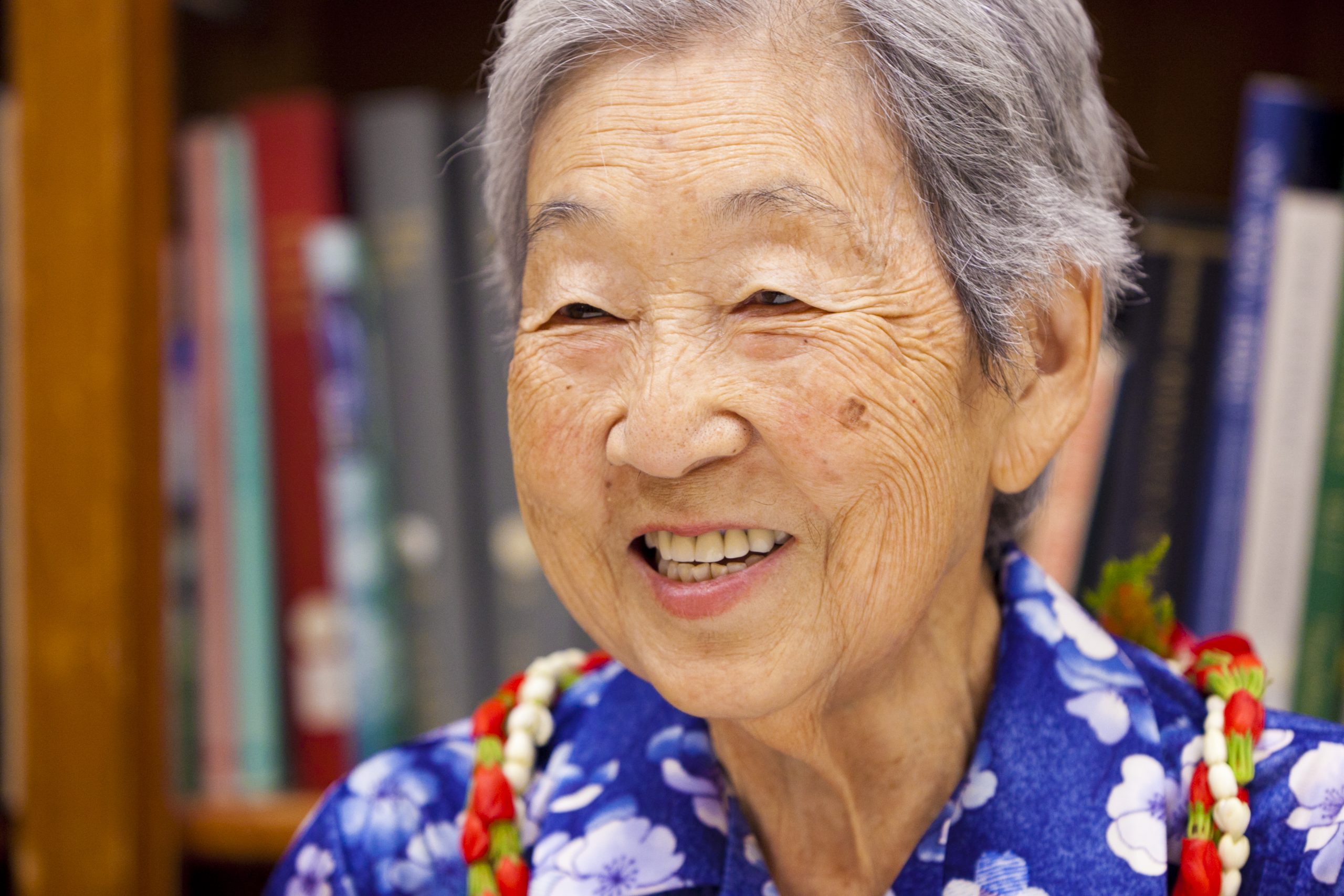 It was highly unlikely that a penniless Japanese American orphan would one day become a treasured transcriber and translator of classic Hawaiian language and cultural traditions.

That infant was Patience “Pat” Namaka Wiggin Bacon, the hanai daughter of Mary Kawena Pukui, who joined forces with her adoptive mother starting in the 1930s to collect and preserve Hawaiian language and traditional beliefs when very few others were interested or cared.

Their research laid the language and cultural foundation for what would become the Hawaiian cultural renaissance of the 1970s.

Hawaiian cultural historian and author Nathan Napoka said in a phone interview Saturday that the mother and daughter were inseparable, one of the greatest teams of Hawaiian cultural collaborators in the 20th century; they gave each other lifelong emotional and intellectual support.

Bacon died at age 100 on Jan. 23, with little notice to herald her passing except for a paid tribute by her friend Kaupena Wong that appeared Friday in the Honolulu Star-Advertiser.

Seated for hours in her tiny office at the Bishop Museum, Bacon transcribed and translated into English hundreds of oral histories that Pukui had recorded of elderly Hawaiians describing their lives in late 19th and early 20th century Hawaii.

“Without Aunty Pat Bacon, there would have been no Kawena Pukui; they were so important and helpful to each other,” said Napoka.

The path that would define Bacon’s life began when she was adopted by Mary Kawena Pukui’s family when she was just eight weeks old.

The Hawaiian Humane Society arranged for adoption of the Japanese infant after her mother died of complications of childbirth in Waimea, Kauai, in 1920 and her father, a plantation worker, was unable to care for the baby and his four other children.

In a documentary film about her life, “Through Namaka’s Eyes: the Life of Patience Bacon,” Bacon makes light of the circumstances of her adoption.

“In those days the Hawaiian Humane Society took care of children and wild animals. Things like that so I was categorized with all the horses, cows, dogs and cats,” she said.

The Humane Society from its founding in 1883 was in the business of rescuing animals and child protection, arranging for the adoption of hundreds of children who were orphaned, abandoned or abused. It provided much needed help when Hawaii’s government did not offer many social services.

In 1935, the Humane Society turned its child protective role over to the newly formed Children’s Service Association, a forerunner of the Child and Family Service.

Mary Kawena Pukui’s husband, a Hawaiian, was initially against the adoption of the infant because she was Japanese, so Pukui’s mother and father became her official adoptive parents but gradually Mary Pukui took over as the mother figure.

To name the child, Pukui and her mother and father consulted with each other to create names that were Hawaiian and English but offered no reflection of the infant’s Japanese ancestry.

Mary Pukui made up the middle name, Elmay, a combination of her name and the name of a favorite cousin, Elmyra, and Mary and her 100% Hawaiian mother, Paahana, created her Hawaiian name.

The little Japanese girl became Patience Elmay Namakauahoaokawenaulaokalaniikikikalaninui Wiggin.  She was called Pat and her Hawaiian name later was shortened to Namaka.

As an adult, she changed her last name from Wiggin to Bacon after she married photographer George Bacon.

From the minute the baby Pat entered the Wiggin-Pukui household on Birch Street near the old Civic Auditorium she became immersed in a world where Hawaiian customs were honored and three generations of women spoke an older form of the Hawaiian language with sophisticated double meanings known as kaona, different from modern language taught today in many schools.

Pat learned her first hula when she was four. By the time she was 14 she was in formal hula training with Keahi Luahine, the mother of famed dancer Iolani Luahine.

Pukui had signed them both up for hula instruction with Keahi Luahine so they could learn and document the ancient Hawaiian chants and hula motions before they slipped into oblivion as was starting to happen because hula and music were being changed for the entertainment of tourists.

“She was an aunty and a confidant to everyone.” — Patrick Vinton Kirch

Pat danced while Pukui accompanied her, learning the ancient chants and traditional instrumentation, and later writing down everything so the knowledge would be preserved for future generations.

Initially Luahine — a former dancer in the court of King Kalakaua — did not want to teach the teenager because she was Japanese. Bacon said in the documentary that Luahine said as she watched her dance, “My poor little Japanee, she dances like a toy monkey on a string.”

Pukui and Bacon later signed up for further instruction in hula kahiko with Joseph Ilalaole, a dancer originally from Kau on Hawaii island who had performed for Hawaiian alii.

After they finished their instruction with Ilalaole in 1938, Pukui and Bacon made themselves available at their Birch Street home to any teacher who wanted to start teaching ancient hula, including many who taught hula to school children and adults in the city’s Parks and Recreation Department program.

The Hula Preservation Society says on its Facebook page the information the two women preserved “survives today as one of the most complete glimpses into the traditional hula.”

Bacon’s only child, Mary Kawena “Dodie” Browne, said “I am most proud of my mother’s perseverance to stay true to hula in the way she learned it when so much was changing with the dance becoming more showy in the many hula contests and pageants.”

Her mother was committed to preserve what was authentic and that is what has stayed with many of her students, Browne said Saturday in an interview.

Besides hula, Bacon’s life centered around her employment at Bishop Museum, where she had first come with Pukui early in her life, playing with the children of other museum employees while Pukui worked.

In her later years as a museum staffer, she redoubled her efforts to transcribe and translate from Hawaiian to English the hundreds of oral interviews Pukui had collected in the decades before her death in 1986.

Nathan Napoka said Bacon was able to understand and make sense of the subtleties of the interviews with the elderly Hawaiians because she spoke the same old-style language as they did.

“Many younger people would come to help Pat with the translations, but they quickly quit in frustration because they were unable to understand the nuances of the old language,” he said.

Napoka was Bacon’s neighbor for 20 years, and they co-edited “Na Mele Welo: Songs of Our Heritage,” a collection of ancient songs and chants authored by Pukui.

Archaeologist and author Patrick Vinton Kirch said he first met Bacon when he was a teenager volunteering in Bishop Museum’s malacology department and kept crossing paths with her later during the years he worked at the museum.

“She was an aunty and a confidant to everyone,” he said in a phone interview.

Kirch is a professor emeritus at the University of California, Berkeley, currently teaching in the Department of Anthropology at the University of Hawaii Manoa. He says he tells his students that Bacon is an example of how you can’t tie a person to the construct of race.

“You have this petite Japanese woman who was fluent in Hawaiian, brought up in a Hawaiian family, a Hawaiian cultural expert and a dancer of classic Hawaiian hula. I remember she once told me she thought in Hawaiian, not English,” he said.

Up until she retired in 2010, Bacon emphasized her sense of urgency to continue transcribing and translating Pukui’s interviews even though the work could be lonely and difficult. “What I am doing, I will never finish,” she said in a newspaper interview.

But despite her seriousness, friends say Bacon loved a good time. When I asked her daughter Dodie if she would plan a big event post-pandemic to honor her mother’s life, she said, “Before she died, I asked her about that and she said ‘No sense. I can’t enjoy it. I will be dead.’” 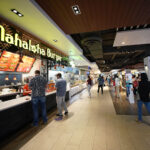 Language is not race-based, as we in Hawaii speak a language originally from cold islands off continental Europe.  If speaking âolelo Hawaiâi was a High Priority for our State, we must create incentives, especially for parents to push their children to learn Hawaiian.  At DOE schools Japanese is the top language studied outside of English â many Filipino, Pacific Islander parents believe Japanese is a key for higher salaries in Waikiki/hospitality industry: an economic inventive.  How can Hawaiian be "legislated" into wider usage?  In some Canadian provinces, a government job applicant must be fluent in both English and French (English-speaking parents put their children into French schools and vice-versa).  So there can be an âolelo Hawaiâi exam for a Civil Service job applicant (thousands of children will enroll in Hawaiian Immersion schools).  Another idea is to legislate, say, the State real estate exam to be passed ONLY in Hawaiian.  Or the Law Bar exam.  Yet, like Ms. Fawcettâs essay points out, any individual (not ethnic Hawaiian-only) committed (and incentivized) shall study âolelo Hawaiâi (just like Filipino students who memorize characters (kanji) in Japanese classes).

Mahalo Denby.  This is wonderful story about a very interesting and fascinating lady.  Bringing her to life in the piece is a tribute to her, to Mary Kawena Pukui and to Pat's family.