Ikaika Hussey is president of Faith Action for Community Equity.

For the last several years, taxation on real estate investment trusts has been an ongoing issue, as both sides argue their opponents rely on faulty figures.

Now, lawmakers have the chance to promote transparency and set the record straight on REITs by requiring that they submit information on their assets and revenues on an annual basis to the state Department of Taxation. House Bill 286 HD1 is scheduled for a hearing Tuesday in the Senate Commerce and Consumer Protection Committee.

Even the Department of Taxation noted that, while REITs are already required to designate themselves as REITs on their tax returns, to complete their tax returns as specified and to include their federal returns with their state returns, adding a fine would add another compliance tool. It suggests that perhaps the information offered to DOTAX currently isn’t exhaustive.

The department also noted that the statistical information gained from these required tax returns and notifications would help guide policymakers in the future, as we mentioned above.

Based on this testimony, it’s clear that current legislative policies do not require and/or incentivize REITs to report information to the state in an exhaustive and consistent manner. For the last several years, lawmakers have been working with estimated figures. This bill would do away with such speculation.

Once the REITs reporting requirements law is in place, we can have an honest and accurate conversation about the impact of REITs’ taxation to Hawaii’s economy. The fact is that REIT investment hasn’t been stifled by the property and general excise taxes that REITs pay.

So long as REITs aren’t paying their corporate income taxes, they aren’t paying their fair share of taxes. Even if the REITs legislation passes, they would still enjoy significant tax benefits such as the federal tax deduction (or would pay up to 21% otherwise).

In 2019, the Department of Taxation testified on a REIT bill that they had conducted a separate study on the potential impacts of the legislation and concluded the tax revenue raised for the state would only be between $2 million to $10 million annually. Proponents of the REITs taxation bill requested a copy of DOTAX’s analysis in June 2019 after hearing DOTAX’s testimony.

DOTAX provided their estimates in February 2020 with the actual report itself dated Feb. 19, 2019. The first sentence of the methodology section states: “TRP assessed the total taxable income of REITS operating in Hawaii at $720 million in 2013.”

Based on this information, taking Hawaii’s corporate income tax rate of 6.4% and DOTAX’s taxable income estimate of $720 million, the state could have seen $46 million of tax revenue for Hawaii in 2013. In 2020, public testimonies from proponents of the REITs taxation bill addressed this and are readily accessible on the state Capitol website. But during the 2020 legislative process, DOTAX notably did not mention the $2 million to $10 million figure at all.

The state is losing tens of millions of dollars because it is not collecting a corporate tax on REITs. That revenue could be applied to affordable housing, social services, public education, environmental preservation efforts, public health, the court system — the list is endless. In particular, REITs benefit from the business infrastructure that the state provides, yet they don’t contribute their fair share to funding it.

The state is losing tens of millions of dollars because it is not collecting a corporate tax on REITs.

If opponents of this bill are confident of their numbers, they should be happy to see the REITs reporting requirements bill passed as it would provide accurate information.

Once HB 286 is codified, the state can objectively evaluate how much revenue we lose by keeping the dividends-paid deduction in place for REITs. During a time when we should be looking for every opportunity to close the deficit, accurate information around progressive tax options is critical. 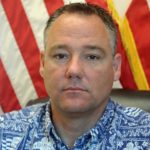 Lee Cataluna: Kauai Police Chief's Racial Stereotyping Was Accepted In the Past, But Never OK

Ikaika Hussey is president of Faith Action for Community Equity.

I think Mr. Brewbaker either does not know, or intentionally ignores, that most REIT income ostensibly "earned" in Hawaii is exported to absentee owners, and does little to truly democratize land ownership in Hawaii, much less reduce wealth and income INequality in Hawaii, IMO.I think a more serious discussion of democratizing the wealth and income generated by Hawaii real estate might begin by asking this question:Unless and until OHA receives the full 20% of ceded land revenues to which OHA is legally entitled, could a "land value tax " (LVT) on all real estate--or perhaps all absentee-owned real estate--in Hawaii be used to fund a sovereign wealth fund that generates a "common heritage dividend", a form of universal basic income (UBI)?In its simplest form, LVT taxes 100% of the UN-improved value of real estate.These dividends might be used to pay:- reparations to the heirs of all who have died on the DHHL wait list, and to those still on the wait list, and - then to fund a UBI for OHA beneficiaries and/or - to increase funding for DHHL to accelerate housing construction, which the federal and state govts have refused to do, then UBI for all HI citizens.

Perhaps FACE could explain why double-taxation of REITs is "fair" [sic] when, ordinarily, S corporations are not taxed at the entity level, but at the investor level.  Double-taxation has been avoided by 49 states (including Hawaii) for 60 years, ever since REITs were enabled as mutual funds to democratize commercial real estate investing and to dismantle the oligopoly power of wealthy families and individuals.  It's surprising FACE would restore economic power to the landed wealthy in the islands, because double-taxation of REITs is an obvious way to worsen the distribution of wealth and income.  Also, the $46 million tax revenue estimate from 2013 cited by FACE uses a flawed estimating methodology.  FACE assumes REIT behavior is unchanged with higher taxes but implies that REITs invest too much with lower taxes.  It can't be both.  I collaborated on a REIT double-taxation simulation which also yielded $2 million annually as its lower bound revenue estimate, similar to DOTAX estimates cited by FACE.  My figures were not faulty, in FACE's words.  We used a computable general equilibrium model, but our findings were not published.  Maybe FACE should adopt more credible analytics.

Whatâs to stop them from re-organizing as LLCâs?