Lee Cataluna: In Hawaii, COVID-19 Vaccines Come With A Dose Of Aloha

Stories from vaccination sites reflect an efficient, warm, uniquely Hawaii style of getting shots in arms. 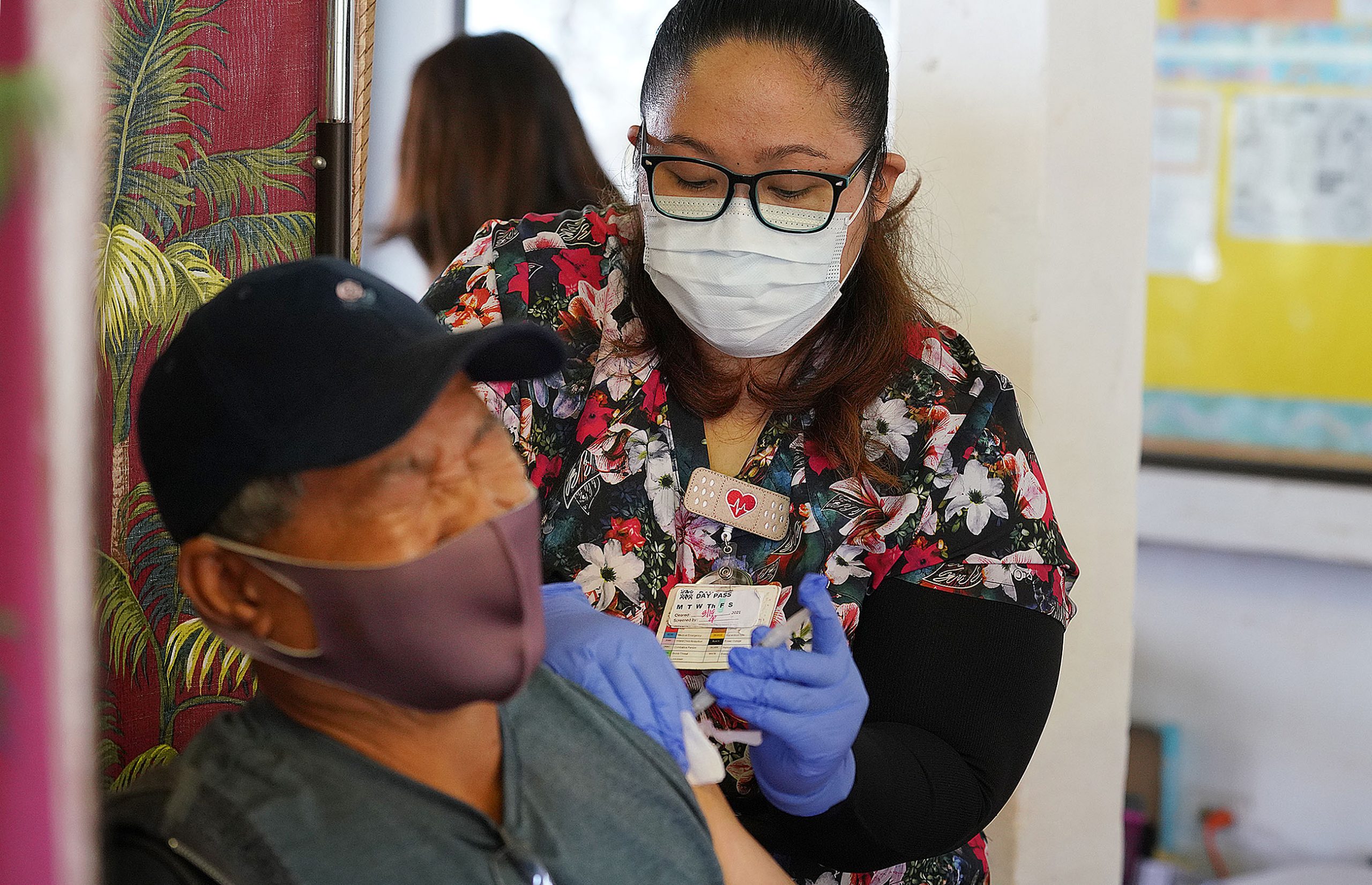 In a year of confusion, in a state that too often is home to good intentions that fall flat because of poor execution, the rollout of COVID-19 vaccines has been a model of efficiency and good will. Just for a moment, we should acknowledge that we’re doing this. This is getting done.

Hawaii has taken on this mission as a community-wide effort, like the difficult days of blackout curtains and victory gardens during World War II, or like neighbors on Kauai taking turns fixing each other’s roofs after Hurricane Iniki.

In this moment, in this specific, important effort, many facets of the community are working together beautifully. Hawaii should be proud of this part. This is always the way we romantically say we are. Rarely does that get put to the test.

Stories from around the state paint a picture of precision organization mixed with the aloha spirit. There’s no one person or one organization to credit for this. It’s everybody working together.

On Oahu, Lari Yasui raved about her experience getting vaccinated. Raved! Imagine!

“I had mine at Queen’s NBC Concert hall, where they administered the Moderna,” she said. “It was super efficient, fast and easy to go through the protocols. They had many helpers directing you where to go and what to do. There was entertainment by the Royal Hawaiian Band. Everything was 6 feet apart. I was out of there in less than half an hour.”

Janice Lyons went the pharmacy route. “Longs Ala Moana has it together,” she said. “They even took me a half hour earlier than my appointment. Very professional.”

Teri Stroud and her husband Don (the film actor/action hero who worked with Clint Eastwood as well as on both the original and more recent “Hawaii Five-0” television series) had a grand time getting their shots.

“My husband, his aunt and I thoroughly enjoyed our experience at Pier 2,” Stroud said. “There was so much aloha that we felt we were on our way to see a film or TV production! There was no waiting, no confusion, no congestion, just lovely nurses and attendants that were truly concerned with how the whole process was going. Everyone was so friendly and happy. After seeing the mess on the mainland this was truly a great accomplishment.”

In Hilo, mass-vaccination events have been held at the Edith Kanakaole Stadium, home to the annual Merrie Monarch hula competition, one of the biggest events to have been sidelined during the pandemic year.

At the open-air facility, musicians play for those waiting for their shots or sitting through the required 15 minutes watch period afterward. The live music serves as a reminder of all the sorts of entertainment events and social gatherings that will soon be a part of Hawaii life again thanks in part to the vaccines, the people giving them, and the people getting them.

In Wailuku, Malorie Arizumi described the Maui Health Department site at the University of Hawaii Maui parking lots: “The massive vaccination station was amazingly organized and couldn’t have happened without all those volunteers. There were so many retired nurses and doctors helping out in addition to the national guard.”

Then there are the treats.

Sydney Iaukea said she got a lollipop after her second shot at Queen’s. “That was a nice touch,” she said.

At Pier 2, there were cartons of POG juice for those getting vaccinations.

Often, the tables turned, and people grateful to be getting the vaccine brought food for the medical personnel and volunteers. “Hawaii style, we took snacks for the immunization site,” Charles Hirata said. “Pastries both times. They were very happy.”

For Marie Alueta of Maui, getting a vaccine brought an unexpected opportunity to socialize while social distancing. “Only in Hawaii:  You get your vaccine. They ask you to sit in the waiting area where the chairs are separated about 6 feet apart. But you see people you have not seen in over a year, so you form a circle and talk story and laugh really loud while you all wait for the nurse to tell you to go home.”

These stories abound. Happy stories of people glad to do their part in a community effort to make things better.

This is not to say that all has been perfect. Nothing ever is, particularly an undertaking with so many moving parts requiring so many people to follow rules. But overall, it’s been laudable. So who do we laud? Well, us.

Each person playing a role in getting this done. When we sum up those few silver linings that the pandemic brought — things like having time to rethink work/life balance, the long reprieve from the crush of commuter life, a chance to reassess priorities — we can also add in this measure of civic pride. When it really mattered, Hawaii worked together just the way we always said we would. 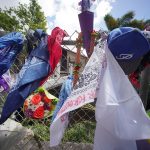 Eric Stinton: Society Is To Blame For Iremamber Sykap’s Death

The Hawaii Pacific Health folks at Pier 2 were amazing. I told 'em that they should be in charge of crowd control at our airports, whenever we ever get back to having crowds at our airports.But!...sad to say...no lollipops when I was there. I asked (of course), and the delightful nurse drew one on a sticker and attached it to my vaccination card. Lucky - fortunate - blessed - grateful - Luck we live Hawaii Nei.

The mass vaccination at the Edith kanakaole Stadium was a thing of beauty - flawlessly choreographed and full of aloha.  It felt like all the workers and volunteers had joined their hearts and minds for a higher purpose.  Mahalo to all that made it happen and to all that got vaccinated.

The only thing they could have done at Kauai to make it any better was to have a band playing up on the stage. As I walked into the area after joking my way all the way through everyone I met with Aloha, I had to ask the seating attendant what time the show for tonight was going to be. In and out in just a half hour, and everyone knew exactly what to do, and no one was negative to anyone. I would probably pay to go to some other event and stay for a couple of hours if the same Aloha was given to me.