Lee Cataluna: What Happened To HPD Chief? Blame The Pandemic

Chief Susan Ballard's job was hard before COVID-19 lockdowns. The strain of the pandemic made it impossible. 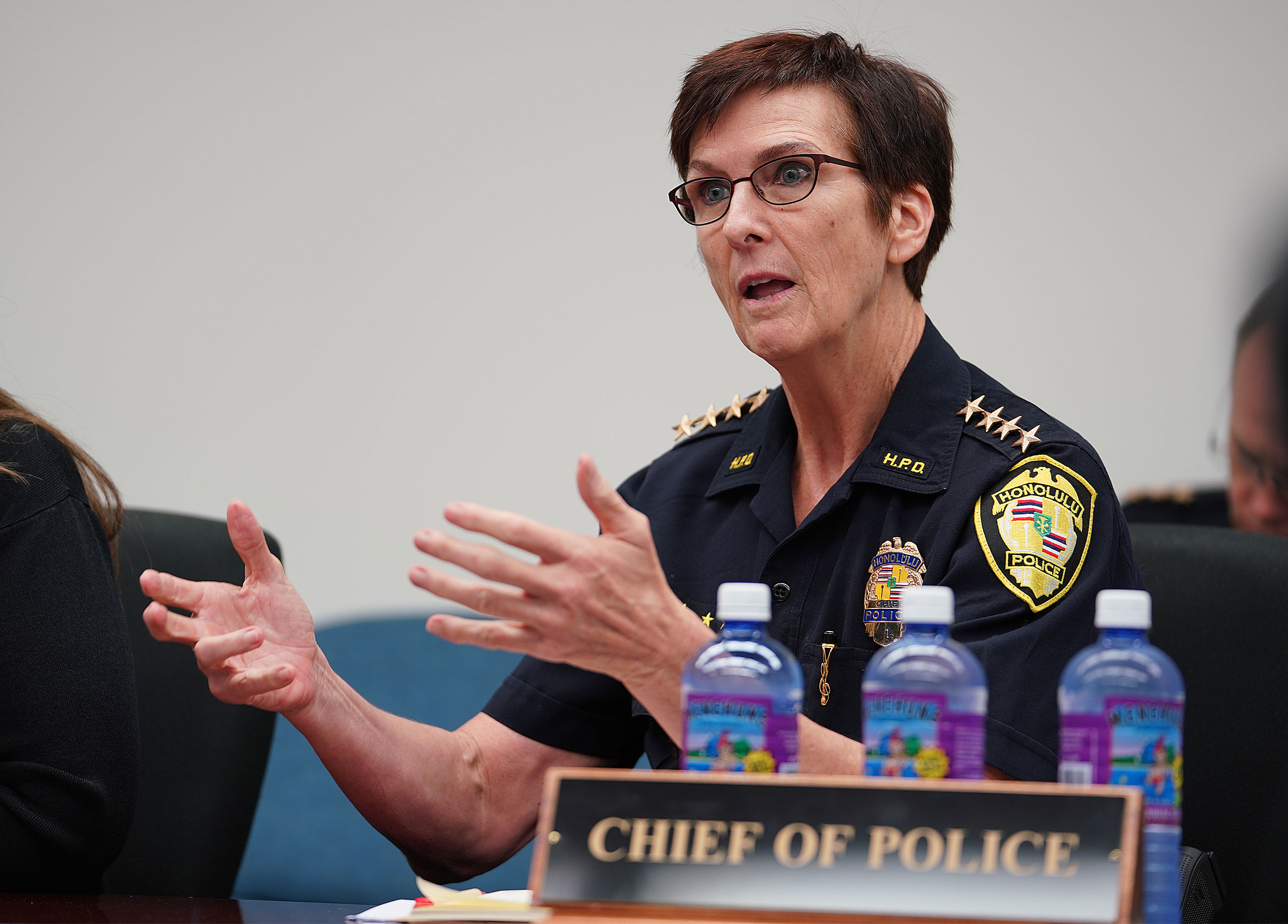 On Thursday, the Police Commission told Honolulu Police Chief Susan Ballard that, among a list of other requirements, she must do more to communicate with the public. On Friday, she did. She released a minute and 16 seconds long video news release and it was a doozy.

Rather than accept a critical review from the Police Commission, get her mind around what she needed to do, and come back strong to disprove the doubters, Ballard just up and quit. That’s not supposed to be what heroes do, and what is a police officer if not a hero in durable shoes?

But in the work world, it’s hard to come back from a structured performance improvement plan. We expect kids to straighten up after a bad report card and meet school expectations, but professionals forced to go through formal improvement orders often quit or get fired.

There’s always the slim chance that someone will gloriously wrest victory from the jaws of a humbling near-defeat at work. There’s always the possibility of rising to a challenge. Ballard didn’t even sit through the Police Commission meeting where her performance evaluation was publicly presented. She supposedly had another appointment. Before she said it out loud on Friday, she said it in silence in Thursday. She was already out the door.

In some ways, Ballard is like Love’s Bakery or Monterey Bay Canners; a victim of the pandemic. When she started in the job three years ago, she represented a fresh start from the tangled, tawdry years of the Louis Kealoha era. She was plainspoken with the media, a straight shooter with the city council and generally looked like she was handling the job.

It wasn’t easy before COVID-19, to be sure. The department was woefully understaffed. Two officers were killed in January 2020 shootings on Hibiscus Drive in Waikiki. There were a string of police shootings. Ballard was front and center, answering questions like there was nothing to hide.

But the pandemic changed Ballard. While people were losing their jobs and standing in food lines, the police department was fat with federal funds, buying motor scooters and ATVs and trucks. While the community was hurting, cops were raking in the overtime pay and harassing lockdown-weary residents for sitting on the sand or walking around the edge of a closed park.

The police department never found a way to be heroic during the pandemic. Only months after the horror of Hibiscus Drive, cops had become mask-monitors, overtime abusers and car collectors.

Similarly, Ballard was never able to figure out how to play defense without coming off as defensive.

So until a better answer presents itself, let’s just keep it simple and say that it was the pandemic that killed Ballard’s career. It made her thin-skinned and isolated — just like a lot of the rest of us. If there was truly an organized effort to remove her from office, which she is hinting at, she didn’t fight back. By bailing and blaming her bosses, she gave her would-be enemies more rope with which to hang her.

The most significant failure of Ballard’s tenure didn’t even make it to the top of her performance review. In September 2020, the FBI released a report that pegged HPD far below the national average in solving or “clearing” crimes. Ballard said only that the numbers were wrong.

It would have been easier for the Police Commission to overlook Ballard’s poor communication skills and stonewalling if the department was actually getting the job done. You don’t have to be a law enforcement expert to interpret HPD’s online crime map — people in Honolulu are getting robbed in their houses in broad daylight on Saturday mornings. When you see the black burglar mask icons everywhere on the map, you see who is running this town, and it’s not the cops.

Ballard obviously cared. She was at HPD for 36 years. Being a cop was her life. That’s what’s so disappointing. She had a tough job going in, and the pandemic made it infinitely harder. Her tenure should be viewed within that context.

But also, the worst of times can reveal the best in people.

Even if Ballard is correct and the fix was in for her, the end of her HPD career didn’t have to be so sulky and ignoble. There is a way to meet defeat with honor, and it isn’t to cut and run.

What about rising up one more time when you’re knocked down? What about standing up to the challenge and saying, “You want improvement? Just you wait and see.” Ballard somehow lost hold of that fighting spirit. The pandemic and the pressure for the police department to be all things to all people did her in. 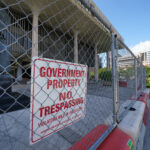 I knew her when my dad was still a patrolman many years ago.  I had a high opinion of her then and I have one today.  Chief Ballard would not have been in the Department as long as she has if she was an officer of lesser character.  She was given a tough job without the Pandemic and I am guessing things did not get much better.  I wonder how many Police Commissioners actually served in a capacity that had to oversee the safety of the entire island and not just how the Chief of Police is doing.  Where is their (Police Commissions) accountability when an officer acts in a manner that does not reflect the best of HPD. Do the Commissioners stand up and apologize to the public for any misconduct or failure in procedures or just go on a witch hunt when the public is concerned. Do not get me wrong, but not all officers are perfect and not all members of the public are law abiding citizens either.  I wonder who the Police Commission had in the wings waiting to be the next Police Chief...â¦.I am sure the list is at least 3 years old.Chief Ballard has kept my ohana safe as well as all the other ohanas on Oahu.Thank you Chief Ballard.

I agree with much of this piece, especially the part describing HPDâs atrocious conduct and mixed up priorities during the pandemic. I saw elderly people and teenagers receiving citations at Kaimana Beach simply for standing on the sand. Then on January 11 in the middle of the day at Kapiâolani Park, a random man Iâd never seen before chased me and tried to sexually assault me in broad daylight. A bystander called the police while another one chased the man with a baseball bat. It took police more than 20 minutes to come to Kapiâolani Park. Furthermore, as I learned the manâs identity from the arrest log and ecourt kokua, I filed for a restraining order and requested that he be served so that he could face additional charges should I ever encounter him again (heâs been arrested for similar offenses at least six times, at least once in the same location where he tried to assault me). That was in February. Two court dates and multiple calls and visits to the station later, and police still have not served him. I work in public service. I know itâs hard. But I have no clue what is going on at the police station and how some of these people sleep at night. Disappointing.

There are still police officers with questionable ethics and a penchant for looking out only for themselves, who would have no qualms about stirring up trouble that would lead to the chief's demise. I'm sure that like many leaders she had her challenges, but as Lee says, these were trying times for all of us. I'm just wondering when the untold story of all the new police vehicles will come out.....