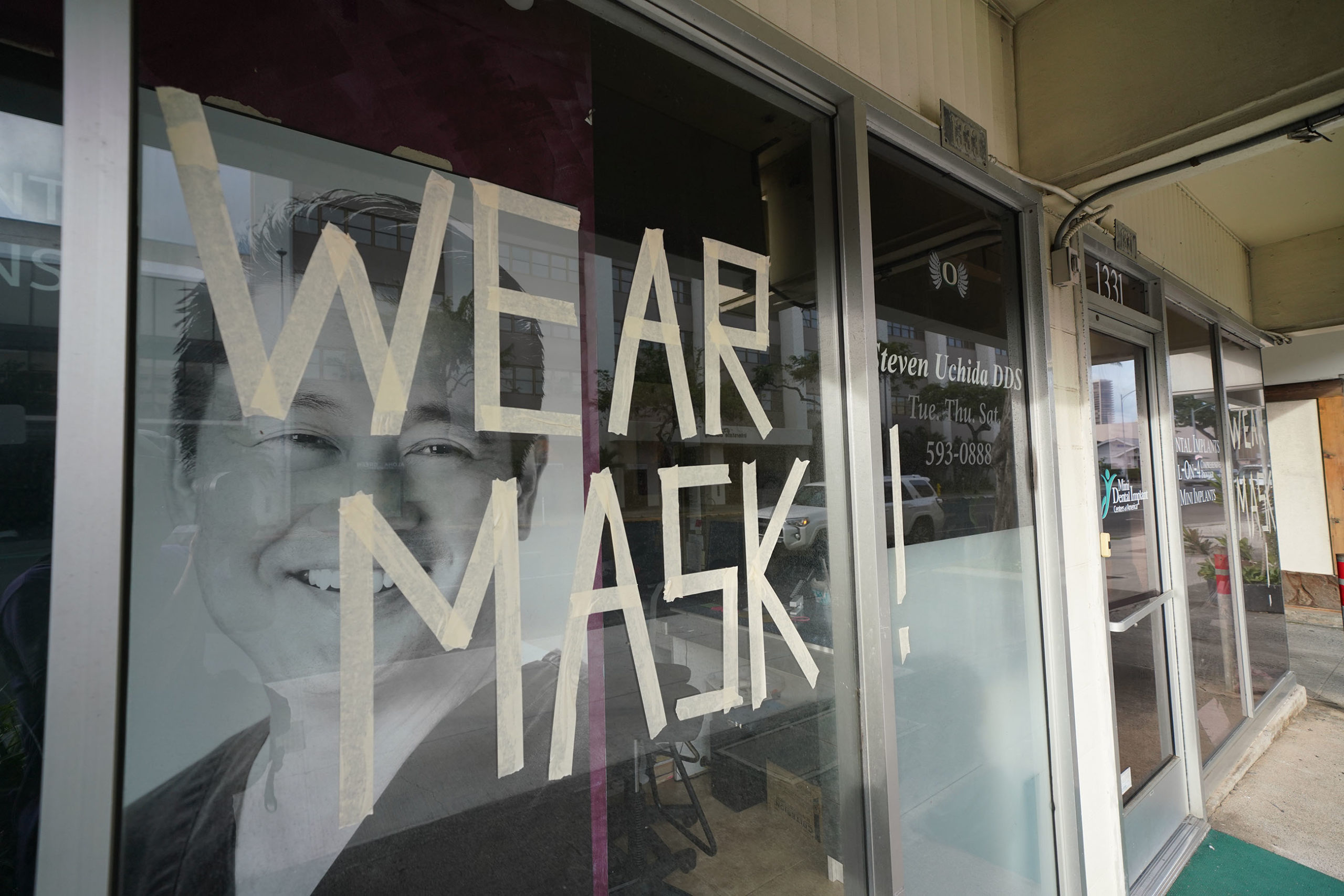 The Centers for Disease Control and Prevention’s new guideline that says fully vaccinated people no longer have to socially distance or wear masks in most outdoor and indoor situations is encouraging yet at the same time confusing and premature.

In the blink of an eye we have gone from the days of a vigilante group patrolling Waikiki and shaming tourists for not wearing masks, to well meaning observers now warning people to not poke fun at fully vaccinated people who are sticking to full-time mask wearing.

The sudden turnabout Thursday from previous stricter guidelines was huge, yet the agency failed to give U.S. governors and mayors any prior warning.

Many Republican-led states had already lessened their mask rules before the surprise announcement, but other state and local leaders including Hawaii Gov. David Ige want to wait a while longer before easing restrictions like the CDC is suggesting.

And that’s left them facing pushback from some residents perturbed about having to follow safety precautions a large federal agency says are no longer necessary.

On its website, the CDC says the abrupt shift in its guidance was based on recent scientific studies showing that fully vaccinated people are unlikely to become infected and rarely transmit the virus to others, and the vaccines appear effective against all known variants.

In defending the new guidelines Sunday, CDC director Rochelle Walensky said that the agency was not bowing to public or political pressure but solely following the evolving science.

Ige’s office confirmed in an email Friday that the CDC’s new guidelines were sprung on him.

“Just spoke to the governor and he said he was NOT given a heads up this time. There have been other times when the CDC has given the governors a heads up about guideline changes,” spokeswoman Jodi Leong wrote.

Ige quickly threw together a news conference hours after the announcement Thursday to say that Hawaii’s current mask rules will remain unchanged.

The CDC cannot require states and other localities to act; it can only offer guidance.

Hawaii residents still are required to wear masks indoors and outdoors when they are within 6 feet of people who are not from their households.

This is definitely the right way to go when so little is known about how long vaccines protect against the virus and when less than half of the U.S. is vaccinated.

Ige pointed out another key problem during his news conference: “The challenge is it’s impossible to determine who’s vaccinated and who’s not vaccinated.”

Stores and restaurants can’t force people to prove they are vaccinated.

Ige also stressed that he’d like to see more children in Hawaii vaccinated before he lifts Hawaii’s mask mandate.

Last week the U.S. Food and Drug Administration authorized the Pfizer vaccine for children 12 to 15 years old. Vaccinations for children under 12 still have not been approved.

Children are less likely to contract severe cases of COVID-19 but they can spread it to other more vulnerable people. And if infected, even asymptomatically, children can become hosts for mutations that could transform the virus into more contagious variants.

A survey of 723 epidemiologists done by The New York Times two weeks before the CDC’s announcement said the pandemic would not end until 70% of the population, including children, had been vaccinated.

The head of the largest union of registered nurses in the nation on Saturday called for the CDC to revise the new guidelines saying they will “jeopardize the health of front-line workers and the general public and would disproportionately harm people of color.”

“This is a huge blow to our efforts at confronting this virus and the pandemic,” said Bonnie Castillo, a registered nurse and executive director of National Nurses United, which represents 170,000 nurses in the United States.

“The mask is another lifesaving layer of protection for workers,” she said.

The Queen’s Medical Center registered nurse Daniel Ross said the CDC’s announcement was so sudden and strange that it seemed more like it came from the mask-disparaging Trump administration.

“It’s going to promote a false sense of security. Some people here are already ignoring the mask mandate and this will just encourage more of them to do it,” he said.

Ross is president of the state’s largest nursing union, the 4,000 member Hawaii Nurses Association. He says he agrees with the stance of National Nurses United that the CDC needs to reconsider its new guidelines.

“It is sending the wrong message that everything is fine when it clearly isn’t,” he said.

Ross said it is a relatively small inconvenience for all people here to continue wearing masks when they are indoors.

I hope Ige soon will come up with a percentage of people who will need to be vaccinated and a metric of decline in cases that will have to happen before Hawaii’s mask mandate can be lifted.

It makes good sense to wait a little while longer. 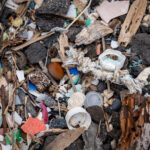 "Hawaii residents still are required to wear masks indoors and outdoors when they are within 6 feet of people who are not from their households.This is definitely the right way to go when so little is known about how long vaccines protect against the virus and when less than half of the U.S. is vaccinated."Just wondering, Denby, what your medical/scientific qualifications are to state that not following the latest CDC guidance "is definitely the right way to go"???  How about we follow the science here?

The nurses are right. Every worker who deals directly with the public will be at greater risk. I, as a vaccinated individual, am of low risk both to myself and to anyone else I encounter. Of course not 100% but pretty safe. I'm reasonably sure anti-maskers who are refusing to get vaccinated for whatever reason are ecstatic at CDC's new guidance. They will be free to go unmasked. Not many businesses will wish to become vaccine police, so it will basically be an honor system. A vaccinated person chose to get the shot and will choose where to go and whether to mask up or not. The unvaccinated person chose to believe they're not at risk of catching Covid and will go unmasked wherever they want. The worker has no choice. They are at risk.

Dennyâs sentence thatâs says "stores and restaurants canât force people to prove they are vaccinated" is incorrect. Indeed many venues on the continent are doing just that.