Many legislators voted to create a more sustainable, resilient Hawaii. 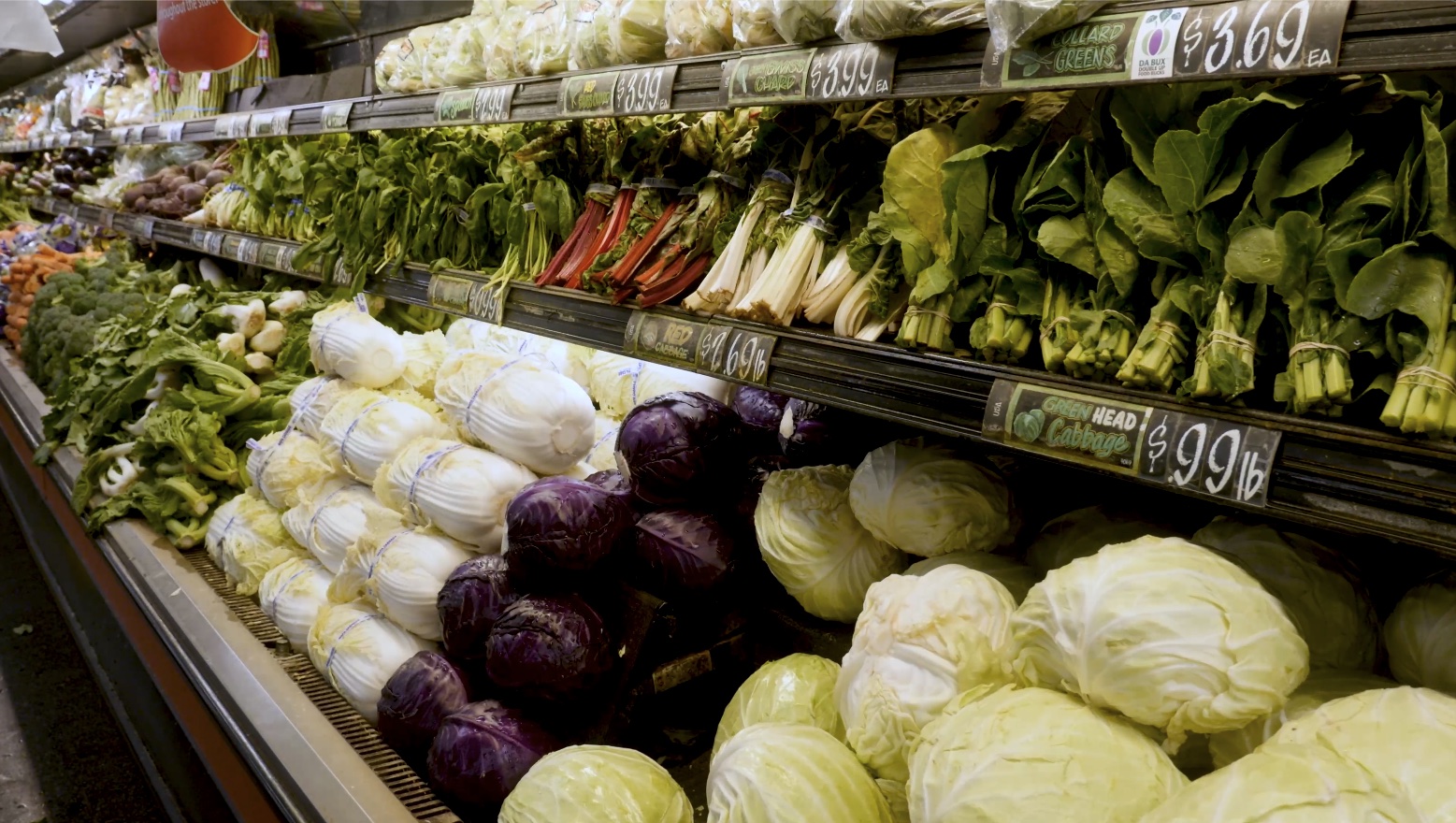 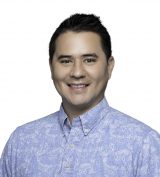 Micah Munekata is director of government affairs at Ulupono Initiative.

The role that local farmers and the agricultural industry play in Hawaii’s push toward greater sustainability and resilience cannot be overstated. If anything, the ongoing pandemic has shown just how critical their roles are to both individual families struggling to put food on the table and to the Islands as a whole.

During the 2021 legislative session, lawmakers faced tough decisions to balance the state’s crippled budget, which inevitably led to department and agency cuts. At the Department of Agriculture important resources were subsumed to fill the many budget shortfalls.

However, despite these severe budget constraints, the Legislature passed several meaningful bills that will have deep and long-lasting impacts on Hawaii’s agricultural industry, as well as the state’s ability to achieve its sustainability goals. It’s worth recognizing legislators for their leadership in supporting local farmers and agriculture in Hawaii through the passage of several key bills.

‘Practicing What We Preach’ Goes For The State, Too

Spearheaded by Rep. Ty Cullen, House Bill 767 directs the Hawaii Department of Education to ensure that at least 30% of the food served in public schools comes from locally sourced products by 2030. The bill also places the Hawaii Farm to School Program directly under the DOE to ensure greater accountability and alignment of resources.

Before the pandemic, the DOE served more than 103,000 lunches and more than 32,000 breakfasts daily, according to the DOE. Yet, less than 3% of that food was locally sourced, based on available data.

Pilot projects on Kauai, Oahu and the Big Island successfully demonstrated how local food procurement can be expanded — and even yield savings — when there is buy-in across state leadership, schools, private and nonprofit partners and the community as a whole. By creating a goal-oriented approach to local food adoption in school meals, the State is making a clear statement about its priorities, putting action behind local food goals on record.

Similarly, Rep. Scot Matayoshi marshalled support from several legislators to help pass House Bill 817, which expands this practice to other agencies. The bill requires that a certain percentage of produce purchased by all State departments is locally grown.

As the Civil Beat Editorial Board recently pointed out, “HB 817 is a win for local farmers and moves Hawaii closer to being less dependent on imported food from the mainland.”

A strong ag economy is a resilient one, and Ulupono Initiative supports the state’s effort to lead by example. By establishing a “50% by 2050” goal with benchmarks along the way, our state government is supporting local farmers and ranchers with a reliable market; helping to increase access to fresh, healthy products to the community; and keeping state money circulating locally. This effort is vital to support our local food production goals while also increasing Hawaii’s food security.

Legislators Recognize A Humanitarian Need, Not Just An Economic One

This year, amid a health, budget and economic crisis, our legislators worked tirelessly to provide assistance to those suffering from hunger in our community.

Champions in both chambers demonstrated strong commitment to those in need by passing Senate Bill  512. Sens. Donovan Dela Cruz and Mike Gabbard were joined by Reps. Sylvia Luke and Mark Hashem in recognizing the value of this deeply impactful bill, which removes the $10 per visit per day cap on the dollar-for-dollar match received by Supplemental Nutrition Assistance Program beneficiaries under the Hawaii Healthy Food Incentive Program, also known as the “DA BUX” Double Up Food Bucks program.

When times are tough, the best solutions often address more than one challenge at a time. Such is the case with DA BUX. The program increases access to locally produced fresh, healthy food for those who most need it, while also helping our local food producers. And again, by keeping dollars in our local economy, it ends up benefiting our entire community.

Local Ranchers Were Not Forgotten

When normal life came to a halt due to the COVID-19 pandemic, ranchers quickly adjusted to continue their operations while keeping their personnel safe. The nature of livestock production meant they had beef ready to provide for the community. This is the type of resilience we need in an island economy that is susceptible to shipping and supply disruptions. Strengthening the local livestock industry is part of our vision of increasing local food production.

Championed by Rep. Mark Hashem, House Bill 237 provides funds to the DOA to mitigate damage by the two-lined spittlebug and help recover the rangelands damaged by the invasive pest. The two-lined spittlebug was first detected in 2016 on the Big Island, where it damaged roughly 2,000 acres of pastureland in Kailua-Kona.

Since then, damage from infestation has scarred about 142,468 acres of rangelands on the island. In highly infested areas, there is 100% die-off of key pasture grasses such as Kikuyu and Pangola. The rapid spread and die-off due to this pest affects the local livestock industry and poses a massive threat to production throughout Hawaii County.

Many in Hawaii’s ranching community also watched closely as House Bill 469 began the session with the purpose of addressing longstanding inaction around the implementation of Act 90, Session Laws of Hawaii 2003. Enacted nearly two decades ago, Act 90 was passed to ensure the long-term productive use of public agricultural lands by directing the transfer of state-owned agricultural leases from the Department of Land and Natural Resources to the jurisdiction of the DOA to provide ranchers with security in the knowledge that their leases will be supported for continued agricultural production.

Now, 18 years later, many pasture leases are still waiting to get the appropriate lease terms and management that support local food production. In its final form, HB 469 establishes a working group of legislators and administration officials to finally ascertain the process and status in making good on that promise.

There were several other legislative bright spots this year, and the following bills — along with the many legislators behind them — deserve additional post-session shout-outs:

Senate Bill 336 increases the authority of the Board of Agriculture chairperson to approve agricultural loans and aquacultural loans up to $50,000, an increase from $25,000. This threshold in statute has existed since 1982 and, in the nearly four decades since, the costs and needs of doing business and running an agricultural operation have substantially increased. This bill represents a direct investment in Hawaii’s agricultural future by providing timely and streamlined access to ag loan resources to help cover capital costs such as land and water resources, farm inputs, equipment and infrastructure, emergency response, marketing, technology and much more.

Senate Bill 489 increases the maximum area — up to 60,000 square feet — of agricultural structures that can be exempted from building permit and building code requirements. As Hawaii’s local food issues become increasingly complex and challenging, this bill expands the ability of local food producers to bypass an unnecessarily lengthy and costly permitting process, encouraging new investments in ag infrastructure that will directly support more local food production and an economically robust, homegrown ag industry.

The 2021 legislative session followed an unprecedented year in our state’s history — not to mention our nation and the world. The passage of these bills and their significance is not lost on those within our community who appreciate lawmakers’ determination to see these bills through in recognition of the importance of local food production to Hawaii’s communities. We thank legislators for their commitment to a more sustainable, resilient Hawaii, and we urge Gov. David Ige to sign these bills into law. 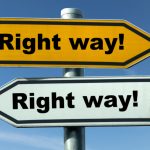 Micah Munekata is director of government affairs at Ulupono Initiative.

House Bill 237 is titled "Related to Invasive Species" in reference to the spittlebug. Aren't cattle invasive species too?  Last time I checked, cows aren't native to the Hawaiian Islands.

Regardless of geography, when articles are written about agriculture, especially local ag, the cover photo is always produce. Fruits and vegetables. There is never a picture of a slaughterhouse, and there is a reason for that. Paul McCartney of the Beatles famously quipped, if slaughterhouses had glass walls, we'd all be vegetarians. Can we please stop subsidizing with tax dollars an environmentally degrading, protein-inefficient, morally and ethically bankrupt industry? Why do we have laws that prevent animal abuse and killing, but if it's organized as a business its ok? I don't care if you choose to eat meat, but my tax dollars shouldn't support it. And nonprofit Ulupono shouldn't be lobbying for more of these subsidies.