Lawmakers Passed On The Chance To Fortify Public Health

They could — and should — have passed the sugary drinks tax. 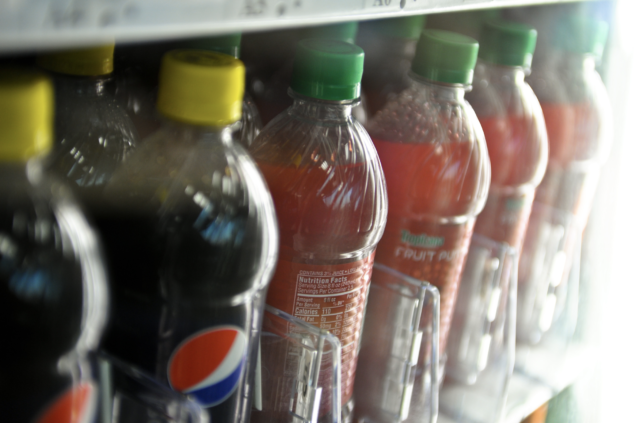 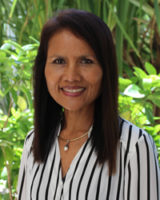 Clementina Ceria-Ulep is a professor and the associate dean for academic affairs at the UHM School of Nursing & Dental Hygiene. This commentary reflects her opinion and not that of UHM.

With the legislative session behind us, lawmakers not surprisingly want us to focus on what they see as their accomplishments.

As someone from the Filipino American community, as an academic in the field of nursing and as a mother and caregiver to older family members, I am attentive to missed opportunities to improve public health and build a strong foundation for our keiki to thrive.

That is why it troubles me that the Legislature paid no attention to an important bill, SB541/HB330, that would have helped to do just that: the proposed 2 cents-per-ounce tax on sugary drinks.

This bill did not even get a hearing before the health committees of both the House and the Senate despite the fact that it would have raised an estimated $65 million in revenue that would have helped fund critically important public health programs.

We need to ask why lawmakers were so reluctant to entertain even the idea of such a policy.

If they were concerned about how it would be received by the public, they should have been reassured by public opinion polling that showed growing statewide support in Hawaii — above 80% among low-income earners — for such a tax, with the caveat that the revenue must be earmarked for health programs. This poll was conducted in October 2020, in the midst of the COVID-19 pandemic and the resulting economic hardship.

This support stands in strong contrast to arguments that the tax will hurt low-income earners. It recognizes that programs are needed to address the scourge of obesity, heart disease, diabetes and hypertension, diseases disproportionately affecting Native Hawaiians, Pacific Islanders and Filipino Americans.

The disparities in chronic disease rates contribute to inequities that have been highlighted by the pandemic. The Hawaii Department of Health’s recently released racial breakdowns of coronavirus vaccinations and report on racial and ethnic inequities show that COVID-19 is negatively impacting Pacific Islander, Filipino and Native Hawaiian communities much harder than white or Japanese residents.

These inequities should have driven lawmakers, who have introduced resolutions to declare racism a public health crisis and committed to addressing the resulting inequities, to be more mindful of bills proposing ways to shore up public health. Pacific Islanders, excluding Hawaiians, suffer from a mortality rate that is more than eight times higher than any other ethnic group. They are more vulnerable because they lack the underlying good health to fight the onslaught of COVID-19. We can choose to do something about that.

A Harvard study on the cost-effectiveness of a sugary drink fee in Hawaii was recently published. Had lawmakers looked at the executive summary, they would have learned that even “a $0.01/ounce fee is projected to be cost-saving and result in lower levels of sugary drink consumption, thousands of cases of obesity prevented, and tens of millions of dollars in health care cost savings. The fee is projected to save $3.05 in health care costs per dollar invested.”

The modeling for over 10 years of implementation showed these potential outcomes of a 2 cents-per-ounce fee:

How do the health committee chairs in the House and the Senate justify their refusal to hear the sugary drinks tax bill in the face of such compelling data?

The state has recognized the need for additional investment, particularly in impacted communities, “to turn the tide of this pandemic and to build the resilience to meet the challenges of future and emerging health threats.”

The sugary drinks tax would have provided much needed revenue to make that investment possible. The refusal to even consider the bill this session was a serious missed opportunity that must be rectified if we are to demonstrate good faith and equity as we try to rebuild after the ravages of COVID-19. We cannot go back to the way things were.

The last year has made it tragically clear that some of us are better equipped to fend off death than others simply because of the racial or ethnic group we belong to.

Obstacles to good health that are endemic to certain groups can be mitigated. Habits can be changed. Other jurisdictions have tried a sugary drinks tax and found it works. It’s past time we did too. 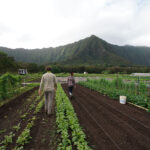 Clementina Ceria-Ulep is a professor and the associate dean for academic affairs at the UHM School of Nursing & Dental Hygiene. This commentary reflects her opinion and not that of UHM.

Please no new taxes.  Now is not the to increase taxes on anything.  There are people out there struggling to pay rent and because of the pandemic the cost of living keeps rising.  Building materials and diapers prices rose dramatically and who knows what else will rise, probably gas next.  We need to live within our meals right now because we are coping with the rise in the cost of living in paradise and know that the cost will be rising in the future.

Addiction to sugar often starts at school. My kids like unsweetened green tea, but tea is not on the menu at their schools - only sweet stuff is. The problem with schools peddling the sweet stuff could be fixed easily, no legislation required - but I feel it never will be because the sale of sweet drinks brings the schools money in ways tea would never be able to.

Hawaii failed to pass this sugary drink tax for the same reason that the "Nutrition Facts" label doesn't have a "% Daily Value" for sugar: the lobbying efforts of the food manufacturers. Both would result in people consuming less of these cheap, unhealthy foods.